Cadillac’s Super Cruise hands-free driver assist system is set to expand its availability later this year, both in the number of roads where it can be used and the cars in which it can be equipped. And it could be argued that this latest round of changes will have the most significant impact for Canadians.

Super Cruise currently makes it possible to navigate hands-free on nearly 210,000 km of controlled-access highways – meaning the kind that use on- and off-ramps – throughout North America. But just 13,000 of those kilometres are in Canada, and they’re limited to the main corridor from Windsor through to Montreal and Quebec City and then south to Halifax, plus the highways that connect Edmonton, Calgary, and Banff, and a separate small network in Lower Mainland British Columbia.

But once the final system update is pushed late this year, the total network length will rise to just over 320,000 km. And while the additions in the U.S. don’t amount to much more than secondary state roads since the interstate system was already thoroughly covered, here in Canada our coverage will nearly double. Suddenly, we’ll be able to go all the way from Halifax to Vancouver without ever putting a hand on a Cadillac-crested steering wheel. 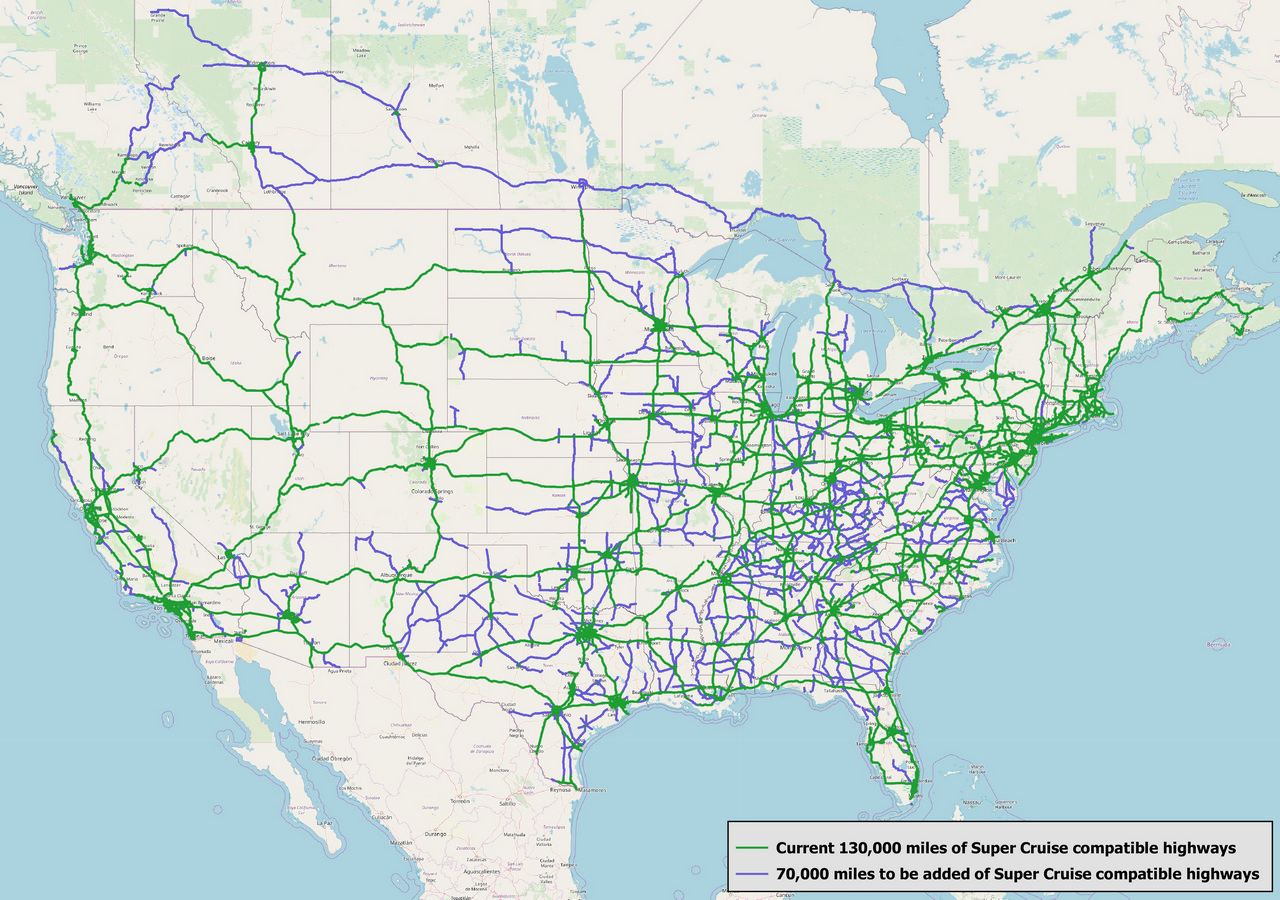 See, there’s this one stubborn 41 km stretch of road in southern Quebec, Route 185, that’s an essential part of the Trans-Canada Highway but is still an undivided two- to four-lane highway between the towns of Saint-Antonin and one of the most wonderfully named villages in the country, Saint-Louis-du-Ha!-Ha!. It would otherwise be impossible to see that name on a highway sign without smiling, but you won’t be happy if you’re headed northbound using Super Cruise because it will mean you’ll have to take back full control of the car for about 45 minutes.

Outside of that brief interlude, you’ll still need to pay full attention to the road at all times and be prepared to respond to what Cadillac refers to as escalations, instances where the car decides it’s safest if you take over. On top of the already-considered scenarios such as merging onto and leaving the highway, this will now include all at-grade railway and pedestrian crossings, stop signs, and stop lights. As before, you’ll also need to execute any lane changes yourself, and any disruptions to the camera’s views of the lane markers due to weather, poor paint, or otherwise, will disable the system. Any access lanes for emergency vehicles, at-grade crossings without traffic controls, and blinking yellow lights won’t require driver intervention unless unexpected cross-traffic activates the car’s safety features.

In addition to nearly 6,000 km of coast-to-coast driving, the new routes allow travel as far north as Grand Prairie, Alberta, across the entirety of Ontario’s Highway 17, and into the Saguenay-Lac-Saint-Jean region of Quebec. Parts of Nova Scotia east of New Glasgow, and all of Prince Edward Island, the island of Newfoundland, and Vancouver Island are still excluded for now.

As part of this announcement, I took a Super Cruise-equipped CT6 for a spin for the first time on the freeways surrounding Detroit. To be perfectly honest, I can’t say I get it. It’s a cool thing, if a little unnerving, and it’s undoubtedly a crucial step toward a more fulsome autonomous driving experience. But if I can’t take my eyes off the road and I can’t use my hands for anything else, I think I’d rather just drive the normal way and not lose the milliseconds of reaction time. I happen to enjoy driving, though, and Cadillac says that its owners who have the system equipped use it more than 50 percent of the time when it’s available and a full 85 percent would prefer to have it on their next car or will only buy another car that has it, so there are clearly plenty of people who appreciate it. 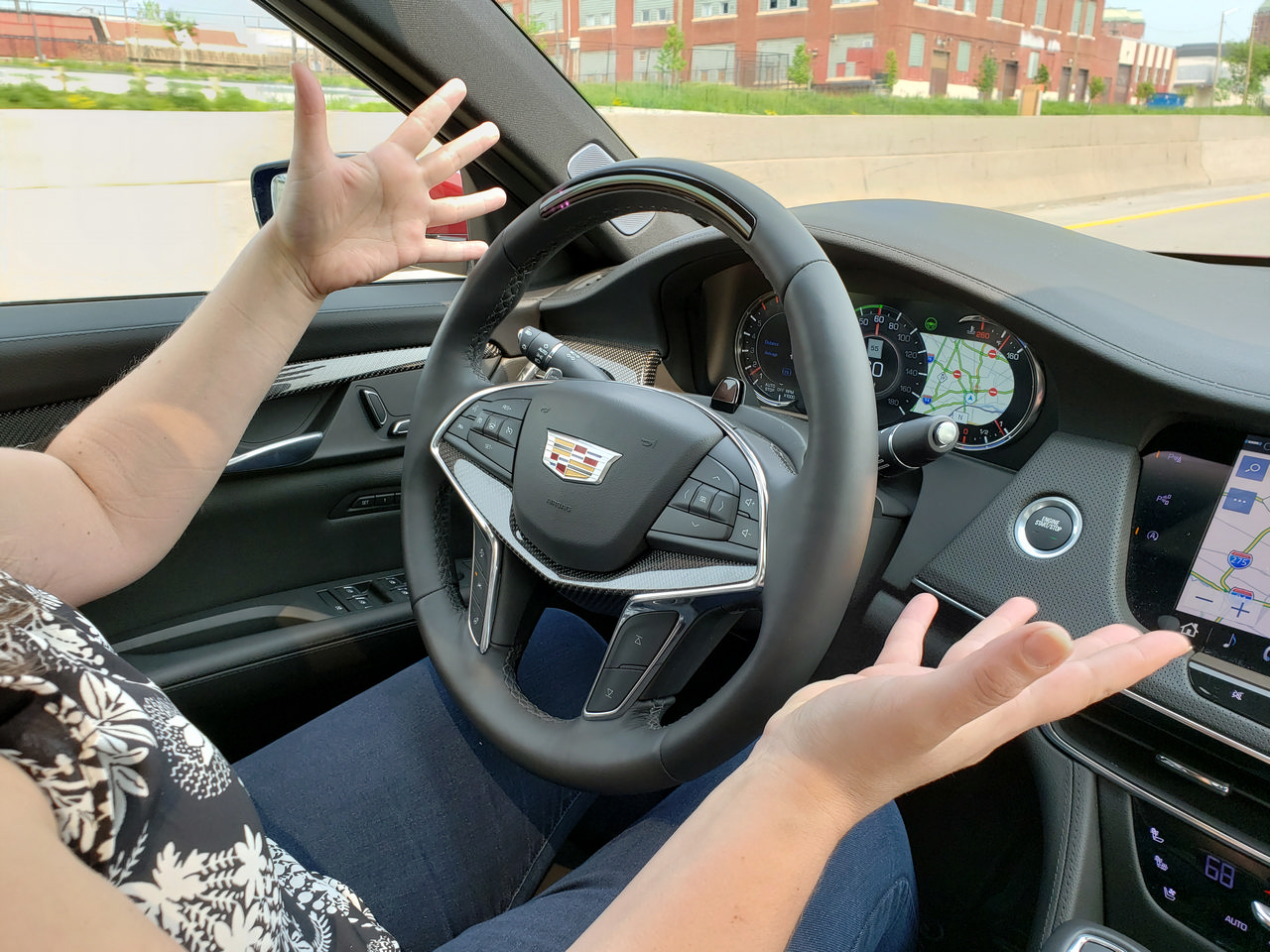 How to Get It

To enable the updates on existing Super Cruise equipped CT6 sedans, owners will need to visit a local dealership to have the new capability uploaded free of charge. If you’ve never done this before, there are two previous software updates that will also be included to incorporate additional information messages explaining when the system becomes unavailable, the dynamic lane offset system that moves the car over slightly while it passes larger vehicles, and improvements to the driver attention system and vehicle control performance. Once the most recent update has been installed, the new routes will be included in the routine quarterly over-the-air map updates that will be released in the summer and fall of 2019. 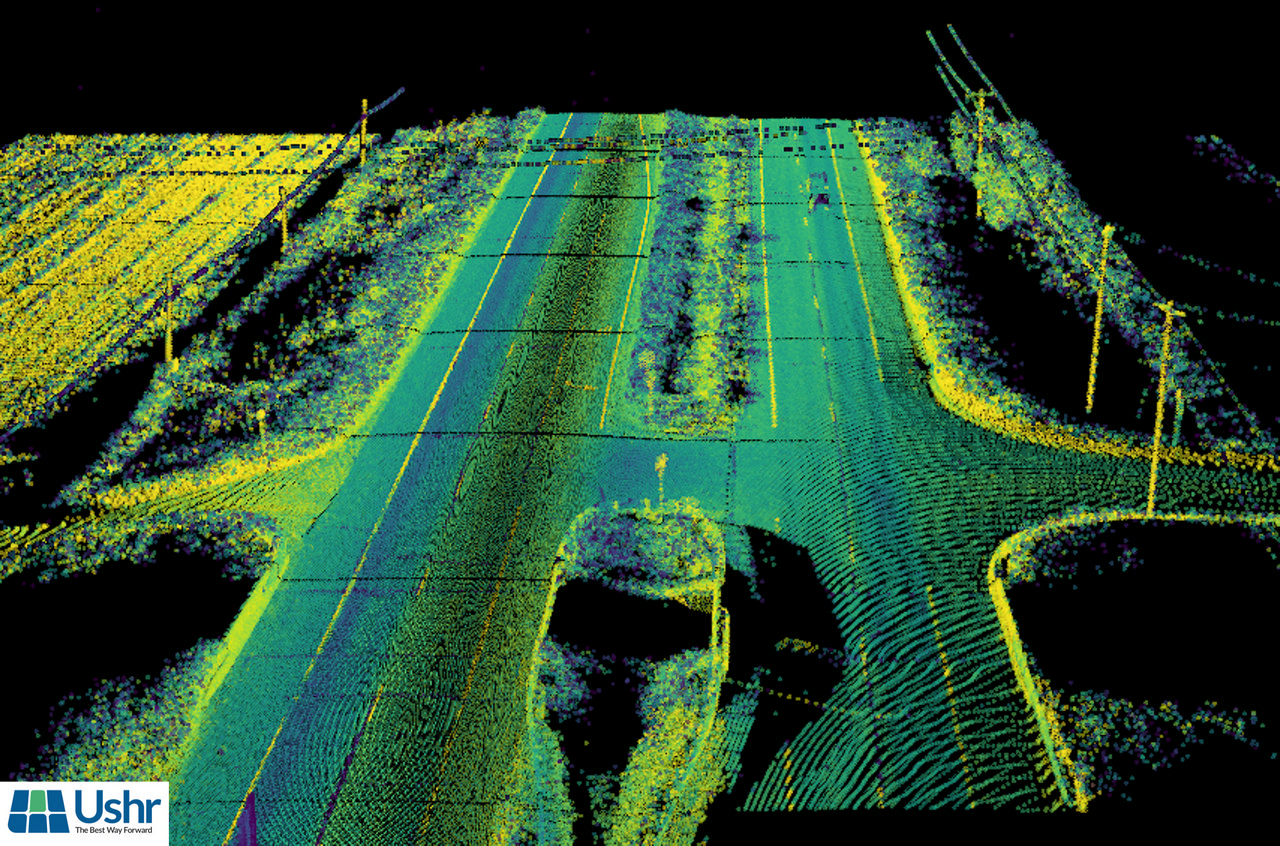 By next year, any CT6 sedans sold with the feature will have the updates installed in full. In Sport and Premium Luxury models, Super Cruise is packaged with the active chassis, 20-inch wheels, and magnetic dampers, priced together in Canada at $6,925. On the Platinum model, it’s standard equipment.

Super Cruise is also being offered on Cadillac’s new mid-size CT5 and compact CT4 sedans, both of which are due to arrive in dealerships in 2020. On the CT5, it will be available on the top-tier Premium Luxury and Sport grades and standard on the CT5-V; on the CT4 it has thus far only been announced for the V-Series model, where it will also be standard.