Buying a New Car? Depreciation Can Cost You BigTime

Choosing a more expensive car with a lower monthly payment increases the likelihood you’d need to unload the car before you’ve paid the loan down to what it’s worth.

No, it’s not fuel bills. It’s not oil changes or replacement tires, either.

It’s depreciation, the resale value that your car loses from the moment you drive it off the dealership lot until you decide you don’t want it anymore.

Just 1 per cent of Canadians polled by Canadian Black Book guess this correctly, according to the publication’s vice-president of research and editorial Brian Murphy, which signals the potential for some enormous financial issues.

“The first time we asked this question, we were a little bit dumbfounded, to be honest,” Murphy says. “For the first few years (of ownership), it can be more than a dollar an hour that gets pumped out of the car.

“We were trying to figure, why are people in the dark? I think it’s just because it’s invisible. Every few days, you have to go to the gas station. Every few months, you go in for an oil change. Those are very visible things, but depreciation is invisible.”

For some buyers, this isn’t a problem. Those who keep cars until they’re fully paid off will never see the impact of depreciation because they don’t owe a cent when they decide to sell, meaning they recover its remaining market value as cash in hand.

But increasingly often, Canadians aren’t fully paying their cars off before selling them or trading them in. This could be because their family’s needs change — there’s no room for a baby seat in a roadster, for example — or they’ve been in an accident, or they just decide they want something new sooner than they’d planned.

If these people buy a new car before they’ve paid enough into their old one to be able to recover what it’s worth on a sale, trade-in, or insurance payout — they still owe, say, $24,000 on a car that will only get them back $20,000 — they may have no choice but to roll that extra $4,000 of debt into their new car’s loan in order to pay it off.

That means that the $36,000 loan on the new family-friendly SUV is now a $40,000 loan. There’s that much more interest to pay, and it will be even longer before the next vehicle can be sold for what it’s worth.

This situation is called negative equity, and it’s increasing the debt load of Canadians at an alarming rate. According to J.D. Power, 44 per cent of Canadians trade in a vehicle when buying their next one, and 30 per cent of those who do so are taking on negative equity debt on their subsequent loan — to the tune of an average of $7,051.

It’s affecting younger buyers more often than Baby Boomers, according to Robert Karwel, senior manager of the Power Information Network for the Canadian automotive division of J.D. Power. And it’s less common with luxury vehicles than it is with those in more affordable segments, such as pick-up trucks, minivans, and compact cars.

“Younger people haven’t had that much time to purchase new vehicles, so they are likely disproportionately burdened with their second-time purchase,” Karwel says. “This demonstrates that it impacts average Canadians across all geographies. It’s a problem for real people.”

How can buyers protect themselves?

One way is to choose new car loans with shorter terms. As tempting as it may be to get a more expensive car with a lower monthly payment by choosing a longer loan term, this increases the likelihood you’d need to unload the car before you’ve paid the loan down to what it’s worth.

“For a long time, the longest (term) you could get was 60 months,” Murphy says. “People were in negative equity in that period, but only for five years. Now, we’re stretching things out to eight years.

“There’s a much greater chance of lifestyle change or getting tired of the vehicle after eight years. Those are more likely to happen over a longer period of time.”

Another option is to use the new equity calculator on the Canadian Black Book website. This allows you to enter the make, model, and model year of the car you’re considering, along with the loan amount, interest rate, and term. With that information, the calculator will tell you how many months it will take for the car to be worth more than what’s owed on it.

“It’s just to educate people,” Murphy says. “(It’s) certainly not to discourage them from buying a new car, but if you are going to buy a car, go in smart and make sure you know which ones hold their value better than others. It can make a big difference.”

The right and wrong way to buy a car in Ontario 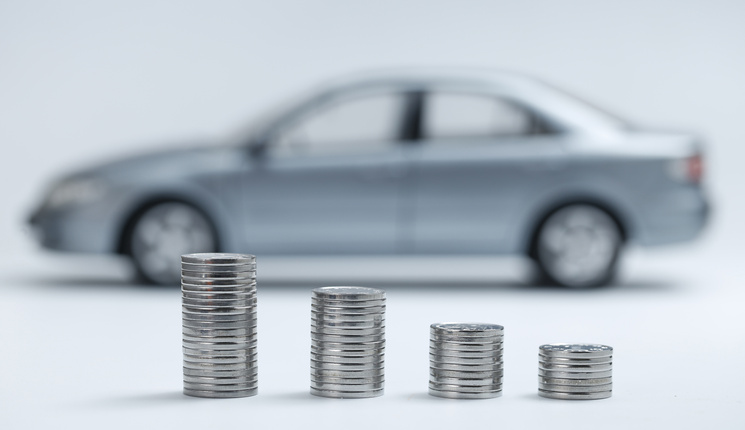