Buying a Car in the Middle of a Pandemic

The year 2020 has been highlighted (so far) with a global pandemic, government orders to stay-at-home, a stock market crash, crippling floods in Alberta, and the appearance of murder hornets. Amidst all these events, I did what any logical gearhead would do.

I bought a car.

Long-time readers (thanks, all three of you) may recall that a 2012 Dodge Charger takes up residence in your author’s driveway, its odometer rapidly approaching Earth-to-Moon distance and exhibiting the typical trademarks of any vehicle plying Canadian highways for the best part of a decade. It has served as midnight rescue vehicle, a teaching tool for the art of handling a rear-wheel drive car in winter, and as a rolling tribute to The Tragically Hip during a jaunt from Bobcaygeon to Kingston. Still, as Star Trek: The Next Generation taught us in its finale, all good things must come to an end.

Your author takes on the task of car shopping with the type of zeal reserved for eating cheesecake after a workout or bungee jumping off a bridge in Whistler, which is to say with a snootful of excitement tinged with the trepidation of not quite knowing how you’re going to feel five minutes after the deed is done.

The usual approach of test driving a curated list of vehicles in a selected segment was out the window thanks to this year’s disease and pestilence shuttering many car lots. Or, at least in Nova Scotia, restricting them to ‘appointment only’ status as if they are a high rollers club for the mechanically inclined. It was quickly discovered that dealers here were staffed by eager but skeleton crews. This time, we needn’t wait until the weekend to browse a dealer’s lot in solitary silence. 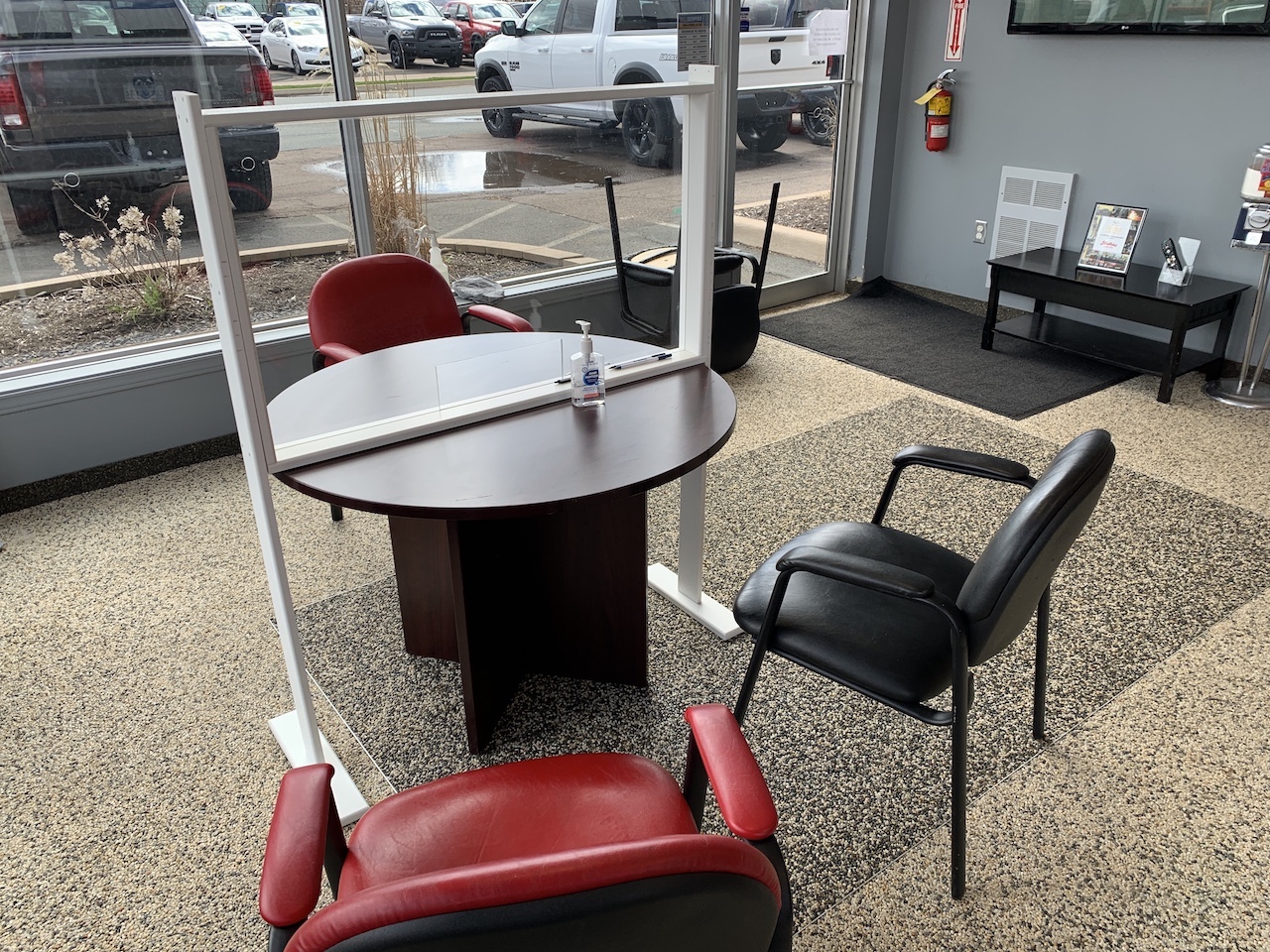 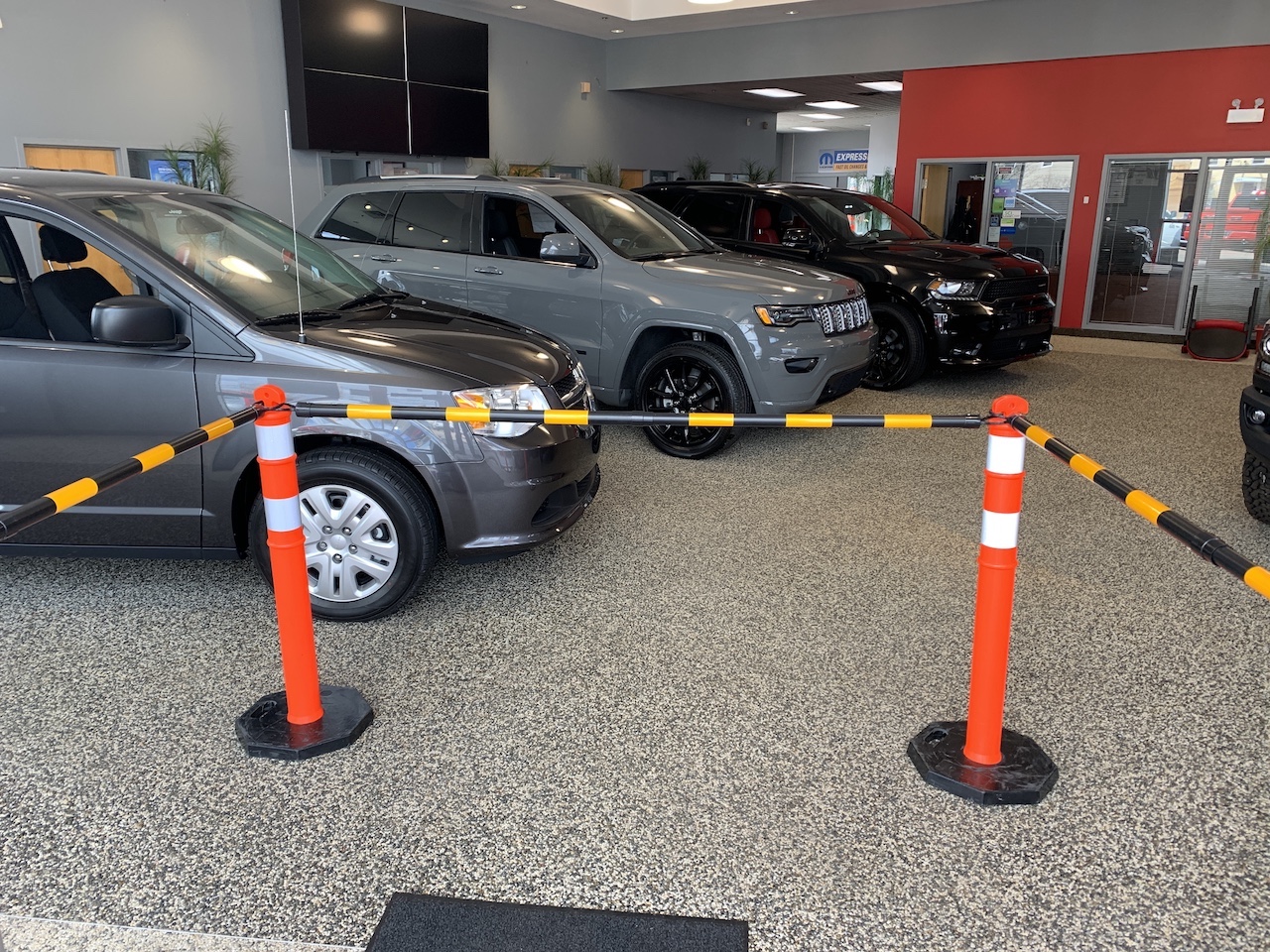 Still, arranging for a test drive was more involved than past purchases. In the Before Times, our family would simply research, find the specific vehicles in which we were interested, and hit up the lots for an inspection at our leisure before heading home to compare numbers in a blizzard of Excel spreadsheets and extra-large deep dish pizzas.

With the Rona lurking around every corner, emails and phone calls and setting appointments were necessary to facilitate test drives, some of which ended up being carried out with us never seeing head nor hair of a dealership employee. For example, after selecting a rig from the Mazda store and chatting on the phone, a sanitized CX-5 appeared in the driveway at our home, keys in the cupholder and the promise of overnight visitation rights. After the allotted time, it vanished with simply a text message confirmation from the dealer manager and a honk of the Hiroshima-made horn.

Others chose to deliver germ-free samples of their wares to the front door of their own dealership, again with keys in the cupholder and a sales rep waving at us from safely inside the showroom.

Did we test drive fewer vehicles than we would have without Rona restrictions? Probably. Did it force us to more closely examine what we were looking for in a car before venturing out to see the thing or asking it to be dropped off at our home? Definitely.

After those test drives, our focus was centred on the Jeep Cherokee Trailhawk you see in these digital pages (spoiler alert!). The brace of ‘hawks on our dealer’s lot were appended with options we did not want, including a sunroof which rudely scuppers nearly two inches of headroom. Using FCA’s online inventory tool at home, we found one with the spec and colour we wanted. Because the universe works in irritating ways, it was at another dealer located about two hours away. 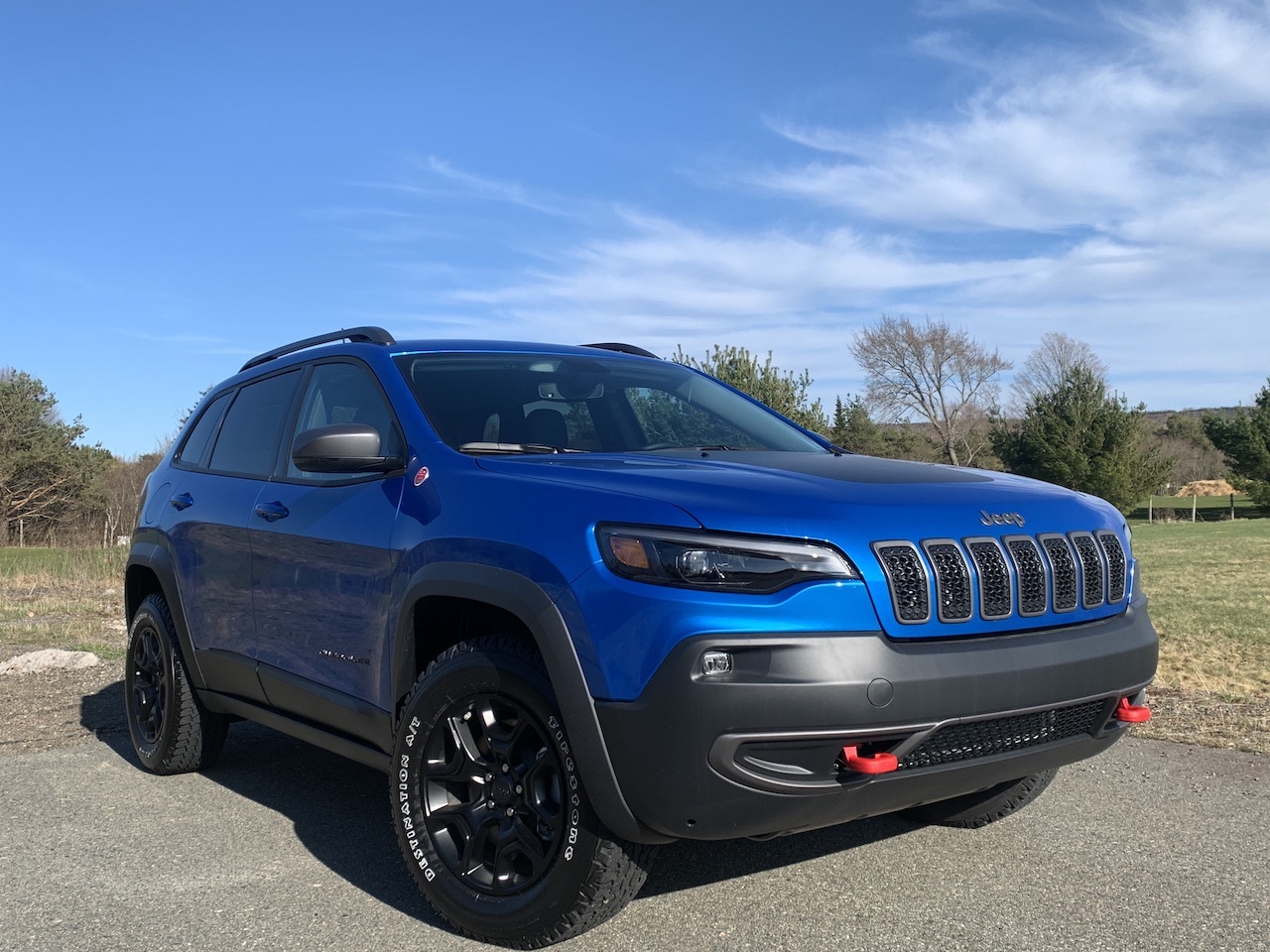 Back-and-forth texts with Charles MacDougall, the skeleton crew sales rep, revealed his acute willingness to work with the far-flung location. By this time, my basest desires to hash out numbers in person had reared their head, likely fuelled by pandemic-mandated (but necessary) stay-at-home time making each day feel like a week on Tuesday.

It must be said that appointment-setting is a two-way street. While it provided us a concrete plan, Charles knew in advance I was a guaranteed “be-back” and hot on a particular car.

Blaikies Dodge had big ‘BY APPOINTMENT ONLY’ signs on the window and a temporary gated area just inside the door, the latter intending to keep customers from barging in and smearing their Rona-riddled hands all over the showroom inventory. This was fair, given the continuing public health concerns. It was joked that I could limbo under the barrier if I wanted to but your author knows he is approximately as flexible as an oak tree. Using the gate and hand sanitizer worked a lot better.

Clear sneeze guards separated Charles & I while we hashed out a few remaining details. This created an alien atmosphere in which I wasn’t sure if I should be negotiating finance terms or ordering a footlong meatball sub. 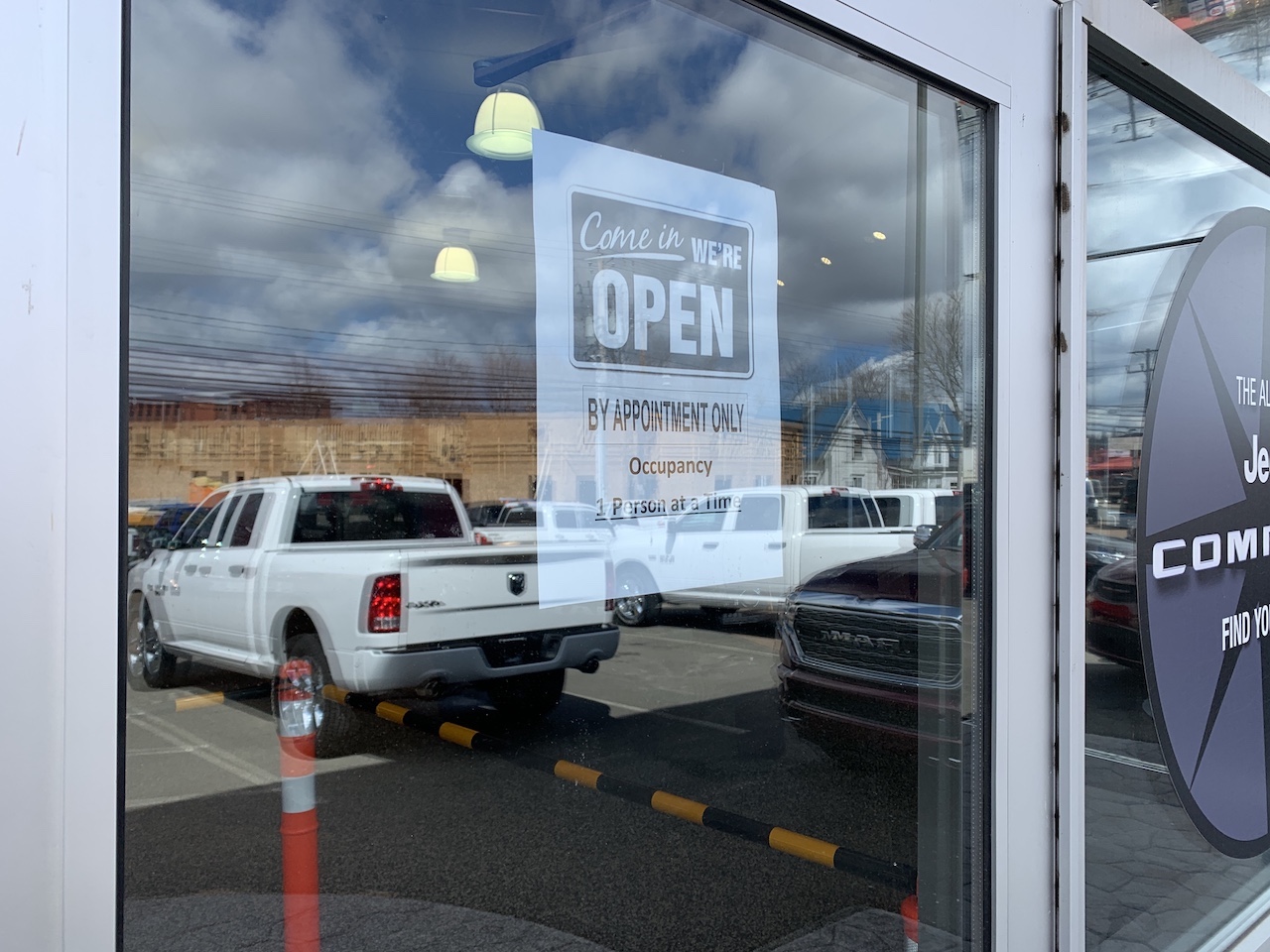 Another new business expense for dealerships? Pens, since the customer logically pockets the one they handled to write an offer or sign their name to a paper agreement. This scene repeated itself in the business office, where a Plexiglas sheet bifurcated the manager’s desk and pens were being given away like party favours.

As for the Trailhawk, we couldn’t be happier. We spent far less time inside showrooms and sitting at desks than during any other car purchase in recent memory, making for a sane (and quarantine-approved) experience. Given the country’s economic state, every store with which we spoke was more than eager to cut a deal.

While the plastic cones of silence are unlikely to remain long term, it’s deeply hoped some changes stick around. At-home test drives and minimal desk-based negotiation should be translated into continuing practices. If there is any good to stem from this pandemic, it’s the hope that some of these changes in doing business become the norm at car dealers. 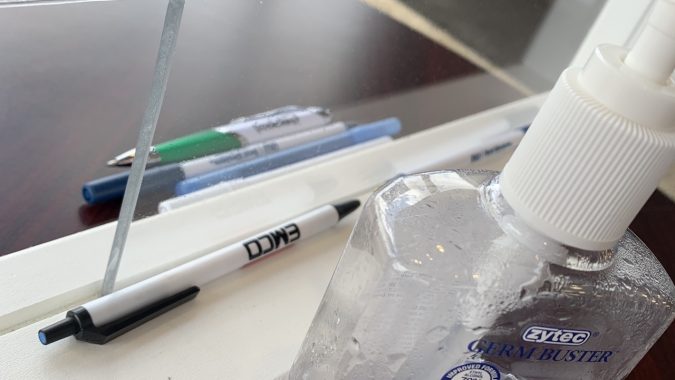 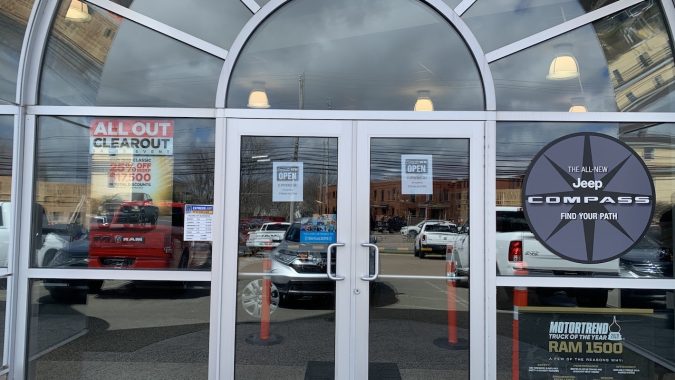 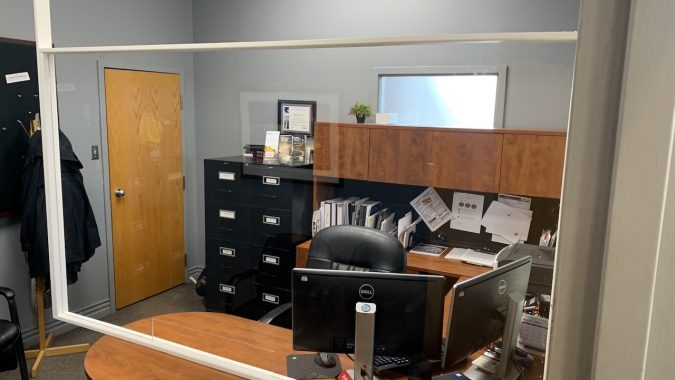 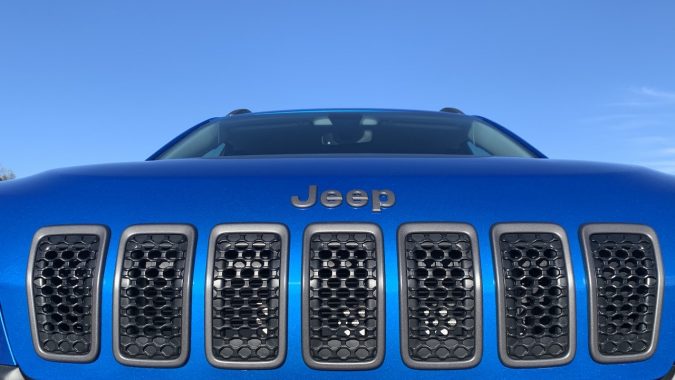 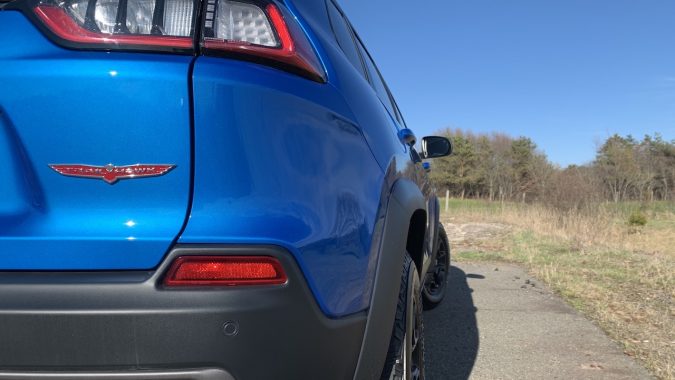 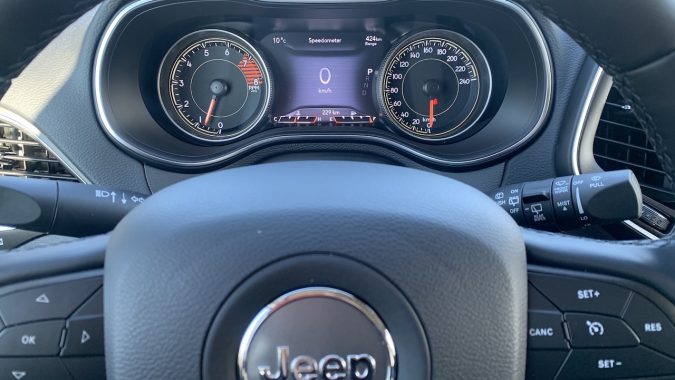