Will Power and I were chatting this week

Will Power, who won this year’s Indianapolis 500 and who’s won three previous Honda Indy Toronto races, says the new car being raced this year in the Verizon IndyCar Series is a game-changer and every driver in the league will be starting from scratch when practice for this year’s classic takes to the track next Friday morning at Exhibition Place.

The new car has a reshaped design that decreases the level of downforce and, to date, has resulted in more entertaining racing.

Power and I were chatting this week — he’s the subject of an in-depth profile by writer Jeff Pappone that will be published in the Toronto Star’s Sports section this Sunday — and I asked him about the secret to his success on the streets of Toronto.

It was then that he brought up the new car that was introduced to the world at last January’s North American International Auto Show in Detroit.

“None of the data from last year or previous years really applies any more,” he said. “Everything has changed with the new car. It’s a whole new ball game. It’s quite a different car — and it’s a lot of fun to drive.

“The new car is more lively and has less grip. It makes it more about the driver. It races better because you can follow closer. It feels swifter; you don’t have that heavy weight hanging out over the rear of the car.

“And it’s more nimble. You’re more on top of the road and not stuck there with downforce.”

Power said although he looks forward to racing in Toronto every year because of his past successes, he’s been around long enough to know that there are no guarantees.

“You can never just confidently think, ‘Well, I’m going to do well here.’ It’s way too competitive a series for that.”

The Australian driver sighed when I asked him about Indianapolis and he said that winning the 500 was a big weight off his shoulders. “I don’t think my career would have been complete if I hadn’t won that race,” he said. “I realized the dream, that I was an Indy 500 champion and I was an IndyCar champion. Winning that race meant everything to me and my family.”

Power is a new father. He and his wife Liz are the parents of a son, Beau, born in December 2016. Is there a go-kart in his future, Dad?

“It will be interesting to see,” he said. “I mean, we do have a local kart track. But my wife and I have been thinking more about golf and tennis and baseball. It’s just so tough to make it in motorsport. 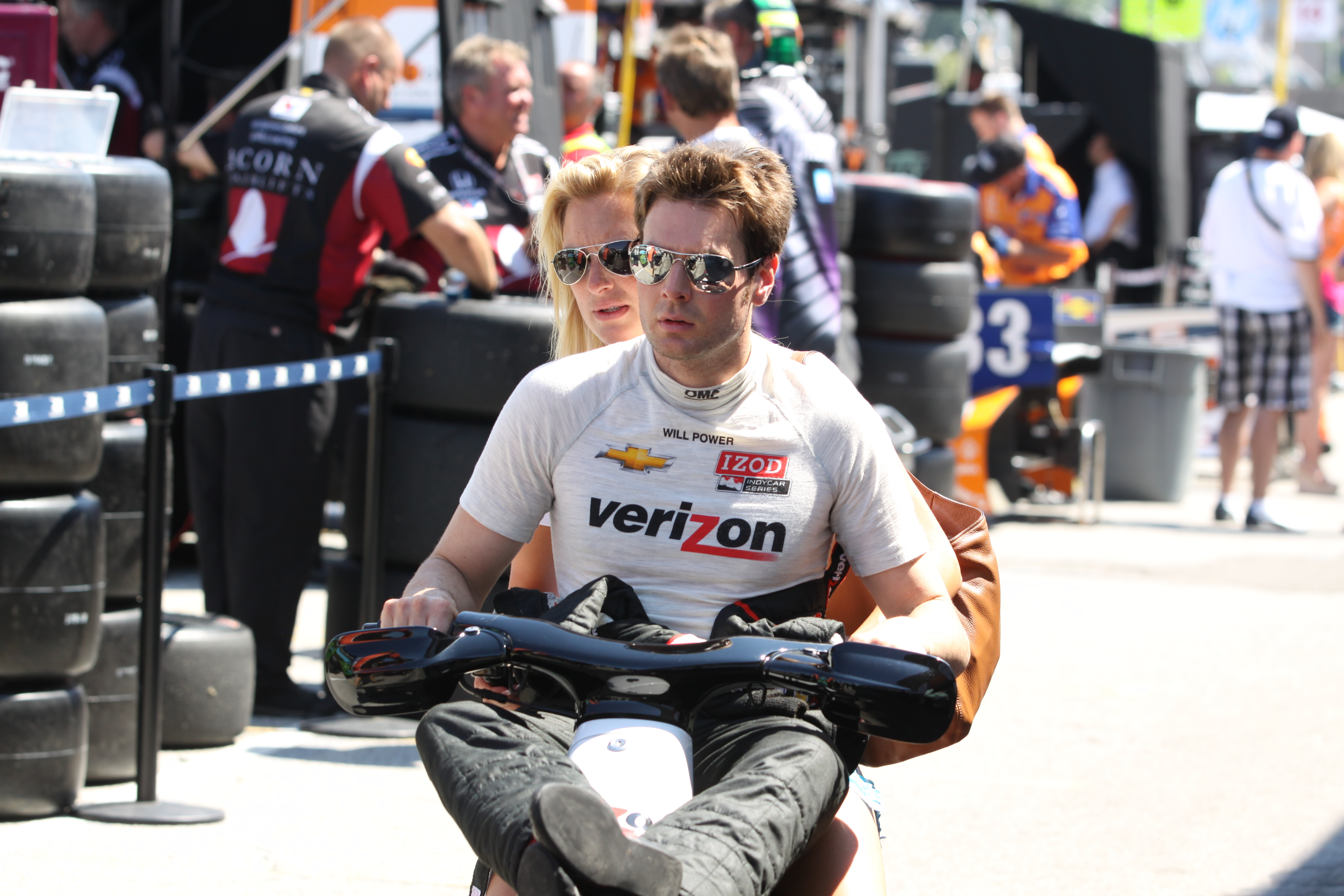