Brabham BT62 shows off at Goodwood

The Brabham BT62 supercar will make its global debut this week at the Goodwood Festival of Speed.

The Brabham BT62 is making its global debut at this week’s Goodwood Festival of Speed (July 12-15), powering its way up the hillclimb course in its first ever dynamic appearance in public.

Unveiled to the world for the first time in London in May, the Brabham BT62 is a race-inspired track car, powered by a Brabham 5.4-litre naturally aspirated V8 engine which produces 710 hp.

With a dry weight of just 972 kg, an aero package which generates 1,200 kg of downforce and equipped with Michelin competition tires, the BT62 is built to deliver blistering lap times and reward its driver like no other.

In addition to making its dynamic debut, the BT62’s appearance at Goodwood marks another exclusive for Brabham, with the introduction of a new red and blue livery representing one of the thirty-five Celebration series vehicles, which pays tribute to the car that took Brabham’s nineteenth of thirty-five Formula 1 victories.

In between hillclimb runs, the Brabham BT62 will be on show within the Michelin Supercar Paddock, where visitors will be able to meet and talk with David Brabham and the Brabham Automotive team, and also see and configure the car with different liveries and option packs using Brabham’s immersive Augmented Reality experience. 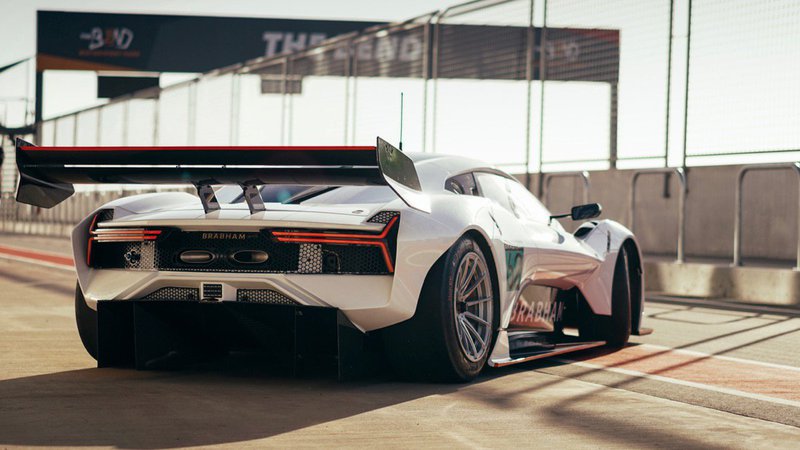