Former Toronto Star photographer was in the right place at the right time, every time

The first time I saw Boris Spremo in action was at a race.

No, not a car race. That would come later. It was at the Police Games on a summer Saturday night in 1965 and I’d gone to Varsity Stadium in downtown Toronto to watch the amazing Canadian Olympic athlete, Bill Crothers, run the 1500 metres.

During intermission, a tightrope walker, ?Canadian Prince of the Air? Jay Cochrane, was scheduled to walk a wire from ground level in one end zone to a platform 100 feet in the air in the other.

As he started his climb, half a dozen photographers stood together near the 50-yard line. They were all looking up at this guy. But one photographer was away from the others, walking backward underneath Cochrane, camera pointed in the air, appearing to snap a picture every step or two that the daredevil took.

Suddenly, the rope went slack ? the tower had collapsed ? and poor Cochrane fell 50 feet to the ground, breaking both his legs. A mad scramble ensued as the other photographers tried to get their cameras focused and rescue workers rushed to the young man’s aid.

On Monday morning ? no Sunday papers in those days ? one Toronto newspaper (not this one) had a photograph of the falling Cochrane suspended in mid-air, a look of astonishment on his face as he started his plunge. The other papers captured the scene on the ground but missed the fall.

The guy who got the picture, simply by doing his job, was the legendary Spremo, a now-retired Star photographer who will be inducted into the Canadian News Hall of Fame next Wednesday night at a ceremony in downtown Toronto.

He was also the first Canadian to win a First Prize Gold Medal in the World Press Photo Competition in the Hague. And, in 1997, he was awarded Canada’s highest honour, the Order of Canada.

He accomplished all that by doing what he’d done that night at Varsity Stadium: always being ?on the job,? even when he wasn’t, and out-hustling the competition.

?I feel naked if I don’t have a camera on my shoulder,? he told me this week. ?It’s part of my body, even today when I’m long retired.? 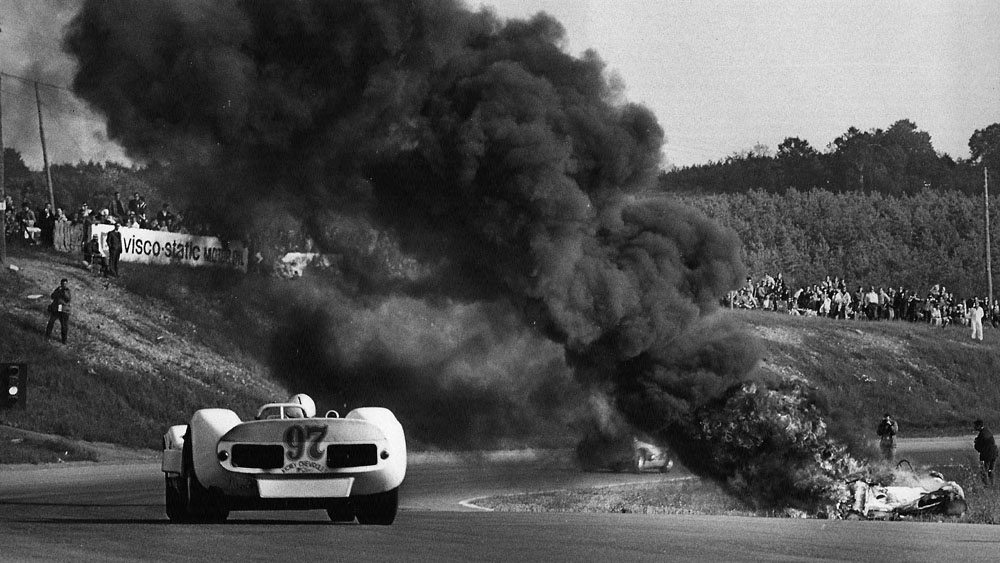 Looking back on that 1965 night, Spremo had a laugh as we talked about all the daredevil tightrope walkers and racing drivers he’s photographed over the years.

?There were half a dozen of us and, usually, when you get a group of photographers at a race or whatever, they’re standing around talking and not paying any attention to what’s going on. They’re talking about fishing, they’re talking about whatever ? anything but what we’re supposed to be there for.

?When I go out to work, I keep an eye on my subject and never let it out of my sight. That’s the whole idea of this business, you know. Everything happens in split seconds.

?When I would be shooting auto racing, it would always be about anticipation. You have to anticipate what is going to happen, what the driver is going to do, and then you have to be a split second ahead of him in order to get the picture.?

It was this incredible sense of anticipation that saw Spremo get the only picture of a sports car racer from Texas losing control and flying off the track one day at Mosport in 1965.

?I did Mosport (now Canadian Tire Motorsport Park) a number of times in the early days,? he recalled. ?That was when car racing was kind of hot and the papers paid a lot of attention to it. I used to cover the Canadian Grand Prix and the Can-Am races ? all the big races.

?I used to sleep in the back of my van. The nearest motel was in Bowmanville and there were big crowds and the traffic was crazy, so it took a long time to get in and out of that place. So I’d just stay in the van from Friday night on.

?One of the most spectacular crashes I photographed was when Jim Hall went over the guardrail and down an embankment by the tunnel under the track. He flew right over and landed down on the road. I was standing on the embankment behind a guardrail about 25 or 30 feet from where it happened. Quite close.

?I had a good view of Turn 8, where the cars are really moving, and then Turn 9. Instead of going straight, he started wobbling a little bit to the left. And I knew right away that something was wrong because, at that speed, a car can just go anywhere; you can’t control it perfectly. And, suddenly, he hit the railing and flew over. I got him in the air.?

Although Spremo talks somewhat nonchalantly about ?getting him in the air,? it was a frame-by-frame film world back then.

?You had to be quick,? he said. ?Today, kids have motor drive and they push the button and it’s like a movie camera and they can pick the one picture out of dozens or hundreds of frames they shoot. It’s very different today than in my day.?

You can say that again. 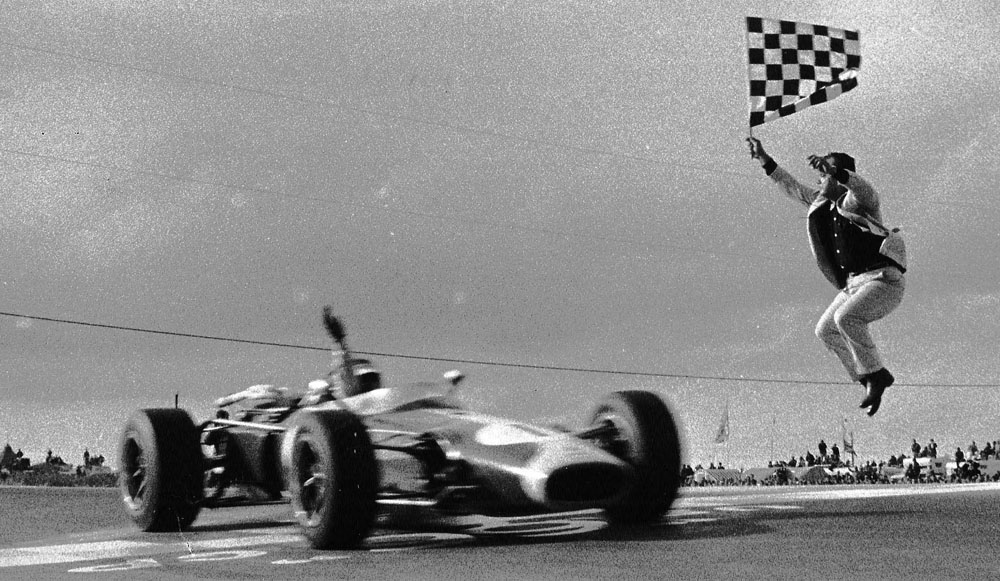 Mosport was also the scene of one of his most spectacular photographs, which has never been published in a newspaper (it’s just too grim) but was included in his first book, Toronto, by Boris Spremo (McGraw-Hill, 1976). It was in 1971 and was of a fatal accident involving race car designer and driver Wayne Kelly.

?An ambulance came for a small incident and parked right there on the track for some reason,? Spremo recalled. ?Kelly came around Turn 1 and didn’t see the ambulance on the road, and he hit it on a corner and went under the ambulance and came out the other side. It was an awful accident.

?It took place around noon time. I was in the infield, three or four photographers, yapping to each other, and we’re all eating hamburgers.

?So I saw Kelly start to lose control and I saw the ambulance there and I knew he was going to hit it. I put the hamburger between my knees and I pointed the camera and I shot the picture.

?The other two guys were still eating their hamburgers.?

And that’s yet another example of why Spremo has won all those awards.

The Canadian News Hall of Fame is a who’s who of Canadian journalism and its members include Pierre Berton, June Callwood, Peter Gzowski, Betty Kennedy and Peter Newman.

On Wednesday, the name Boris Spremo will be added.

?When I looked at the list (of inductees),? he said, as we wound up our chat, ?I saw all the big names in our industry. I have every award in photography that exists and I have the Order of Canada. Now this. I am very proud.?