Only around 1,000 of these were built, making the car a rare one.

BMW’s Z8 was a clasically styled roadster from the era when everyone was going retro. Packing a V8 from the M-division, and with sheetmetal from the guy who designed the Karma EV, it’s a classic that’s not as well remembered as it should be. Now here’s one with very low miles that’s up for sale on Bring a Trailer.

Around the year 2000, the retro automotive styling craze was in full swing. From VW Beetle to Chrysler PT Crusier, to Ford Thunderbird, nearly every automaker was getting in on the action. And though not normally one to cave to a trend, even BMW had a modern retromobile.

It was based on the 507 roadster of 1956. A two-seat roadster that was the idea of BMW’s US importer as a way to fill the gap between more affordable Triumphs and MGs and the expensive Mercedes SL. That car was a flop commercially, but a massive success aesthetically.

The modern version was originally a styling exercise. The work of Henrik Fisker – yes, that Fisker – under the direction of Chris Bangle. And while you may not appreciate the Bangle 7 Series of 2001, we’d say this more than makes up for that one. 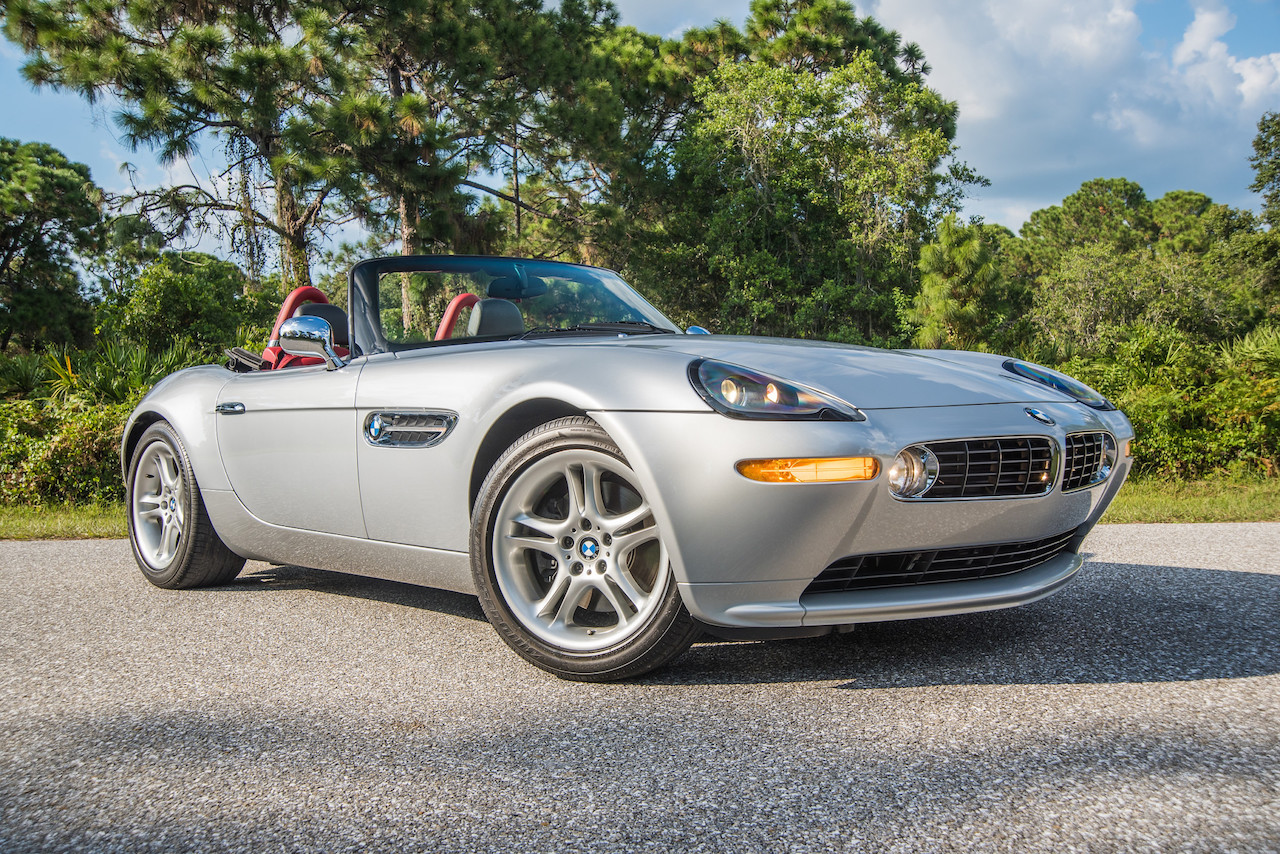 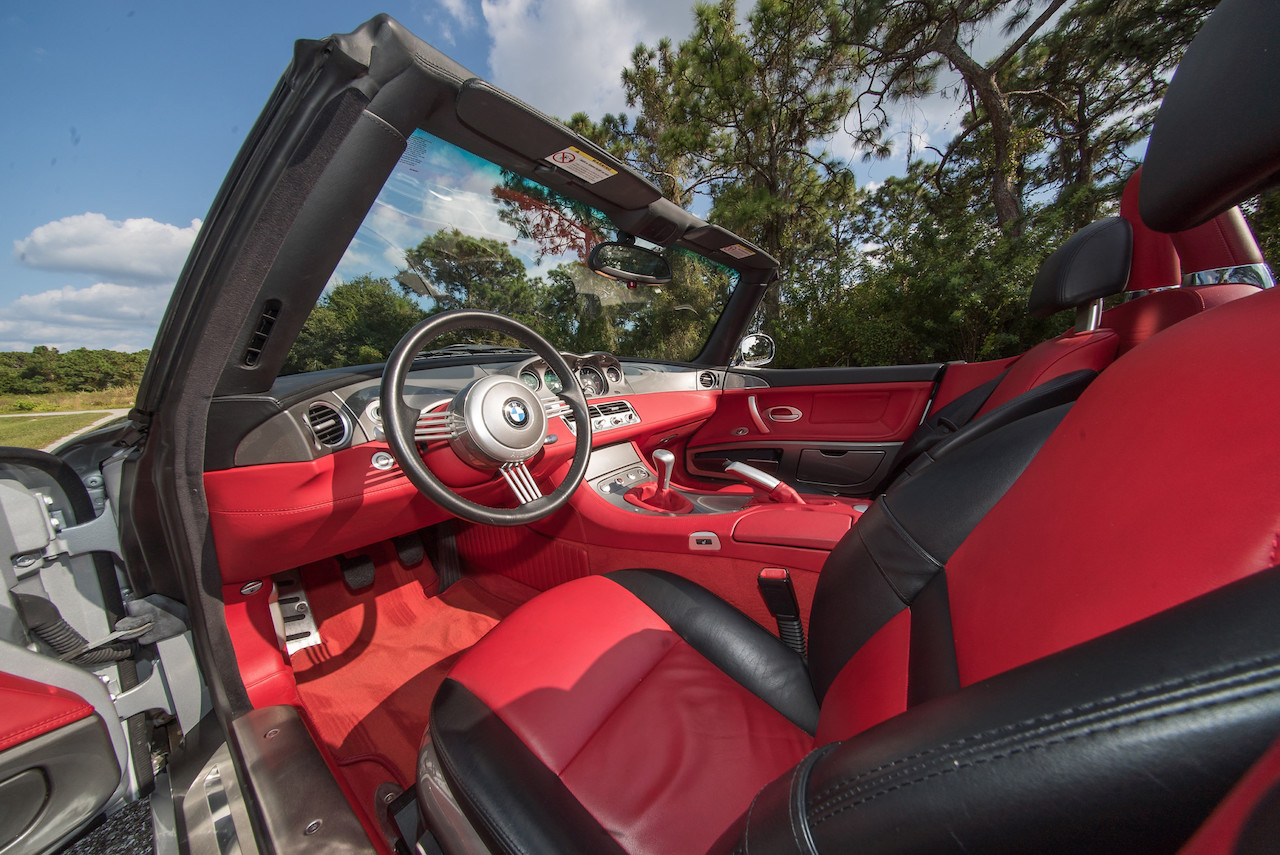 It was first shown in 1997 at the Tokyo Motor Show, in the form of a concept called the Z07. It was received well enough that the car went to production.

The road car was very much like the original 507. The wide and short kidney grilles that spaned the nose, the vents in the front fenders, even the jog upward in the bodyline at the rear fenders. Best of all? The narrow spokes of the wonderfully retro steering wheel. All much like the classic, all very stunning.

BMW used the M5’s engine for the Z8. A 4.9L V8 that put out 395 hp and 369 lb-ft of torque. The highly-strung M engine was mounted behind the front wheels for balance, and gave the car plenty of go to match the looks.

This one was built during BMW’s James Bond phase, and it ended up in The World is Not Enough. A much better car in a far worse film than the Z3/Goldeneye tie-up.

Only around 1,000 of these were built, making the car a rare one. This one is for sale in Florida on Bring a Trailer. It’s seen only 6,800 miles, though somehow still has 20 pages of service history. Ouch. that maybe explains why BMW promised it would have new parts availability for 50 years. Still, even if it’s broken (this one’s not right now), it’d be money well spent just to look at. 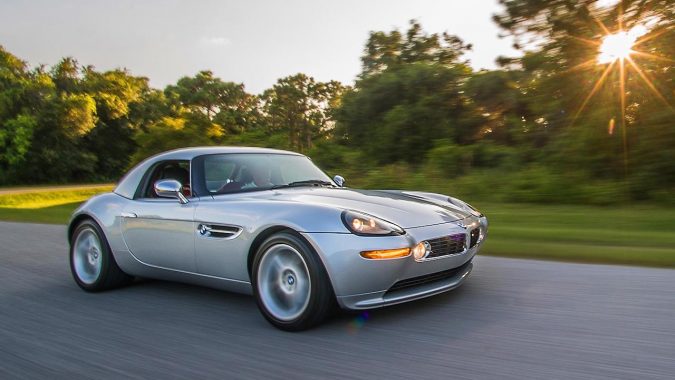 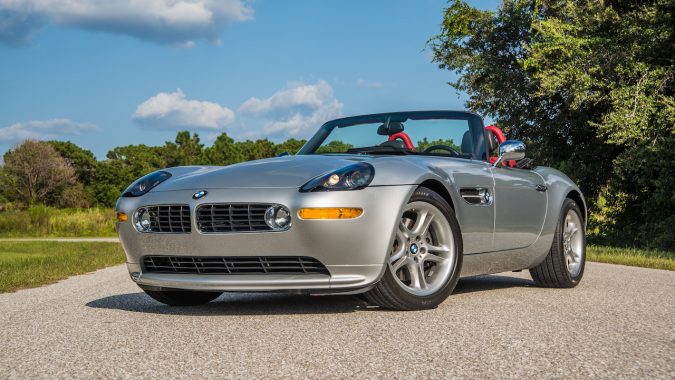 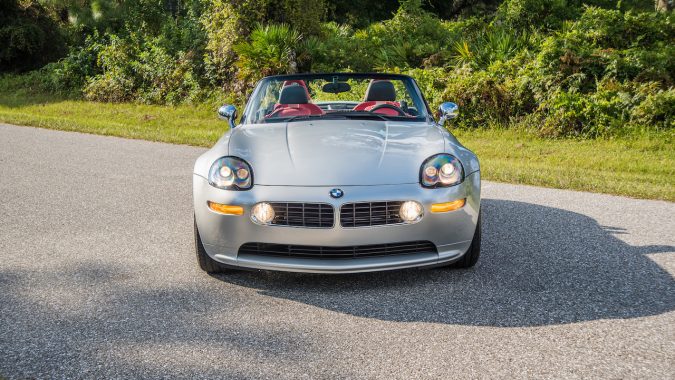 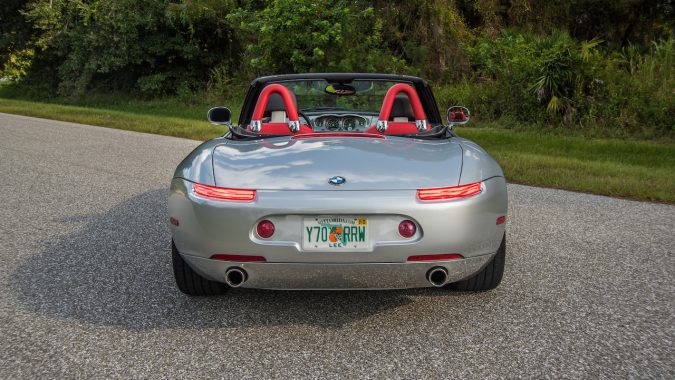 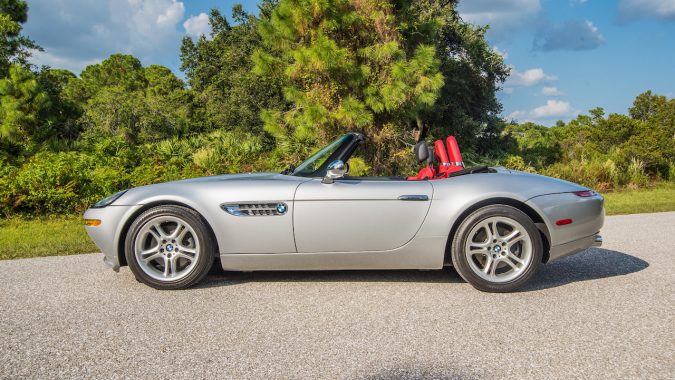 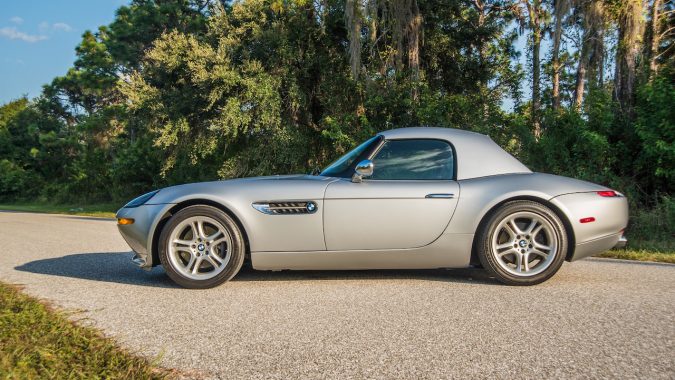 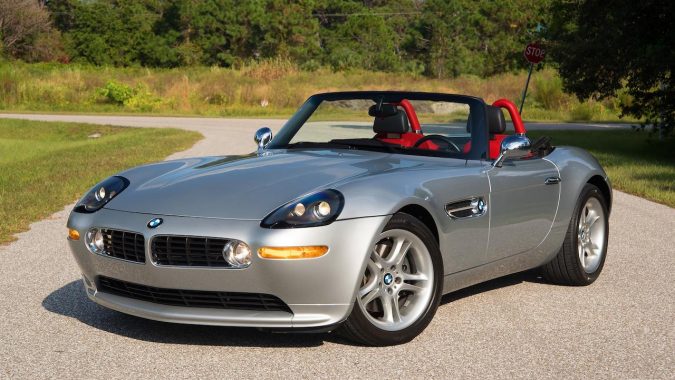 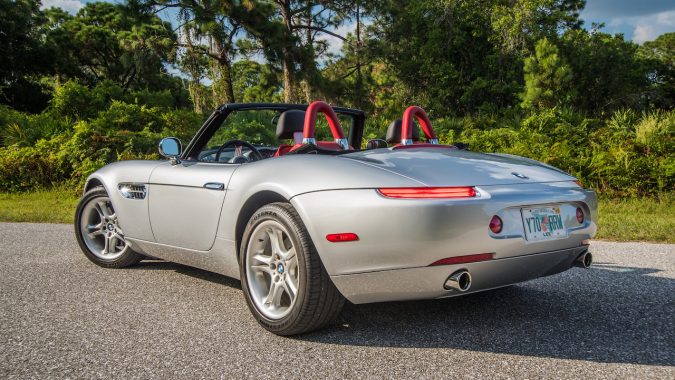 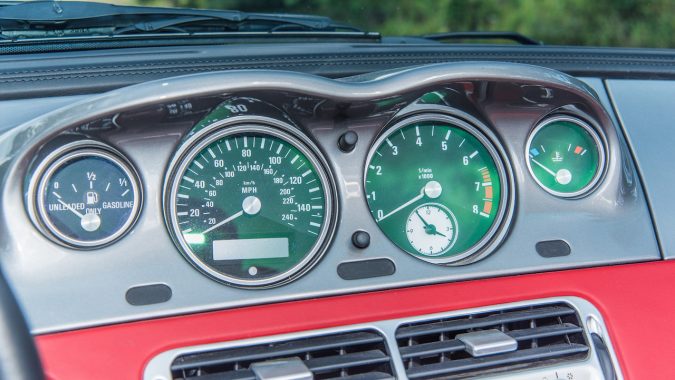 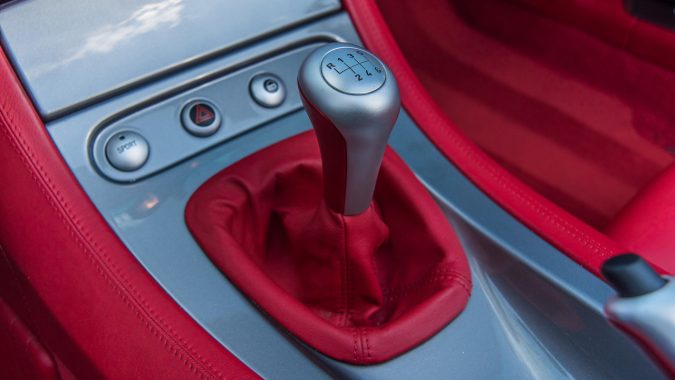 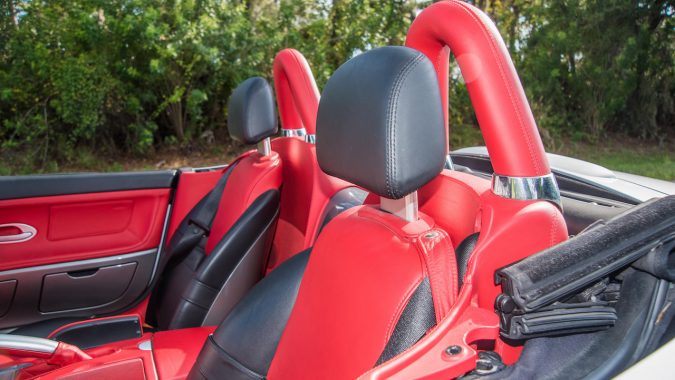 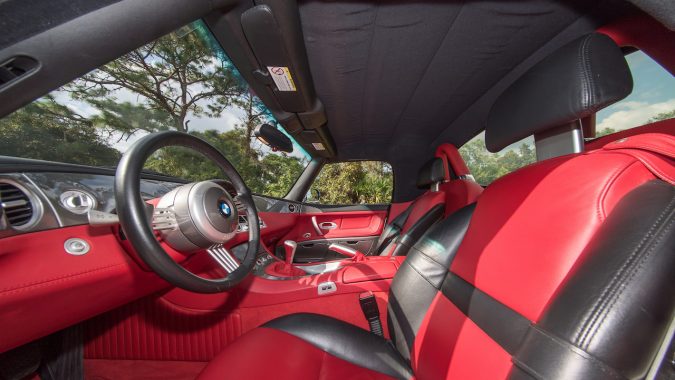 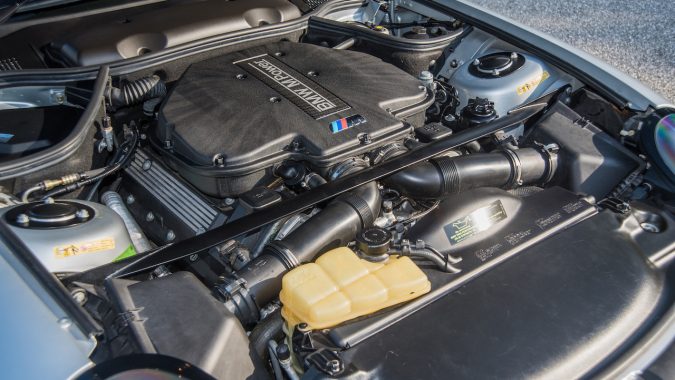