BMW Turns i3 Into Comfort for 1

BMW has taken the electric i3 and turned it into a living room.

At next week’s Consumer Electronics Show, BMW is revealing an i3 for two. It’s the i3 Urban Suite, and the concept offers up one of the largest and most luxurious cabin experiences around in one of the smallest footprints anywhere, but only for one passenger at a time.

BMW has taken the electric i3 and turned it into a living room. Or as they’re calling it, giving it “the relaxed feel of a boutique hotel room.” The designers stripped out the passenger seat and rear seats of the i3, along with much of the interior. What’s left from the original? The driver’s seat and the dashboard.

In the place of the stock interior is a new large lounge-style seat. It’s been moved from the front to the rear, taking advantage of the extra-wide opening offered by the stock i3’s double-door setup. Like a mid-2000s extended-cab pickup.

With the single passenger seat now moved to a place where legroom is best measured in metres, BMW installed a big plush footrest to let you really lay back and sprawl out in comfort. There’s also a flip-down screen in front of the passenger, allowing them to watch in-car entertainment and relax. A personal sound zone increases that experience. 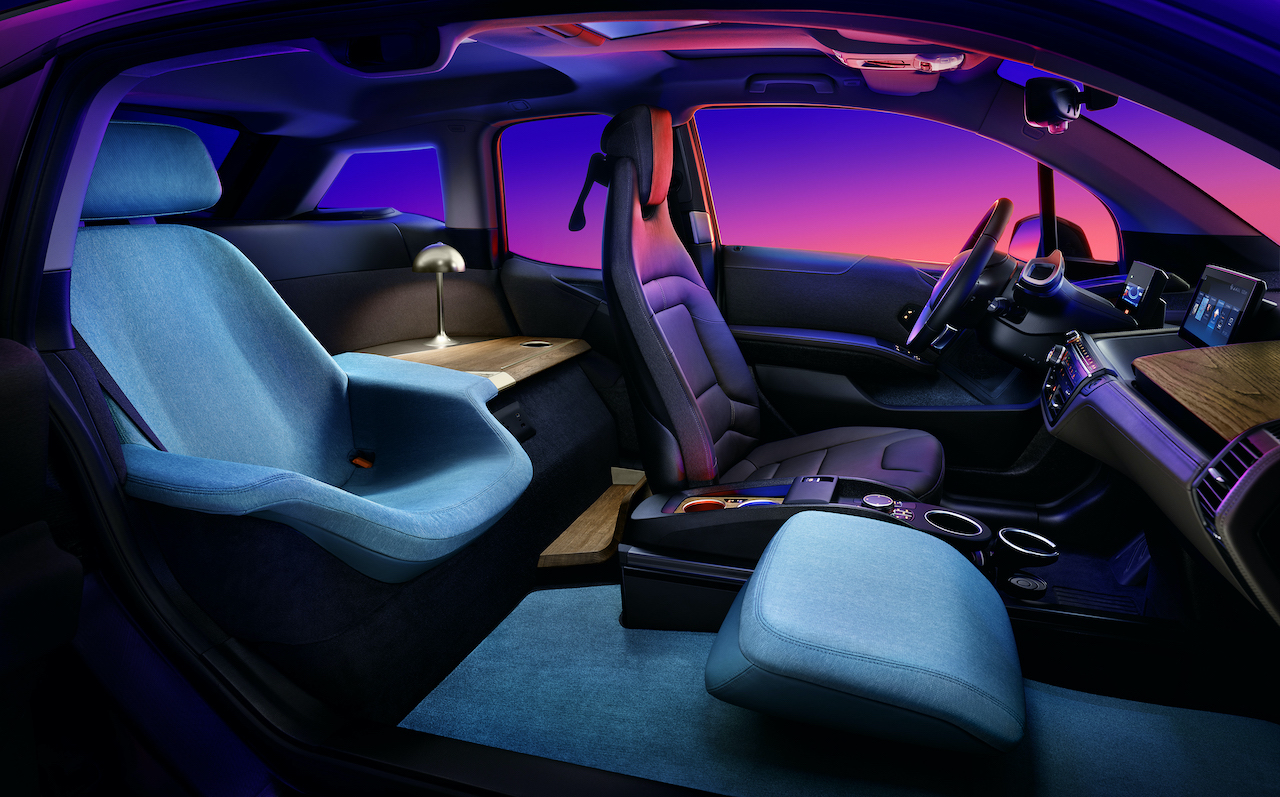 Other features not found in your average luxury ride include the wide shelf beside the single passenger seat, an array of charging ports, and, of course, an integrated table lamp. A feature we don’t expect to really catch on across the industry. BMW calls it “an inviting space with a high feel-good factor in which to spend time,” saying that it’s ideal for relaxing or focusing on work.

The interior materials include a selection of recycled fabrics and other recycled bits including floor mats that are also recyclable when their useful life is up. The wood is certified, and the leather is olive-tanned to further decrease impact and increase sustainability.

Unlike most such concept cars, you might actually get to ride in this one. A fleet of i3s was converted into Urban Suites by BMW in Munich, Germany. They were then shipped to Las Vegas for CES 2020, where they’ll be driving showgoers around the city. Anyone who wants to ride in the i3 Urban Suite can request a lift through a special app and they’ll be chauffeur-driven to their destination. 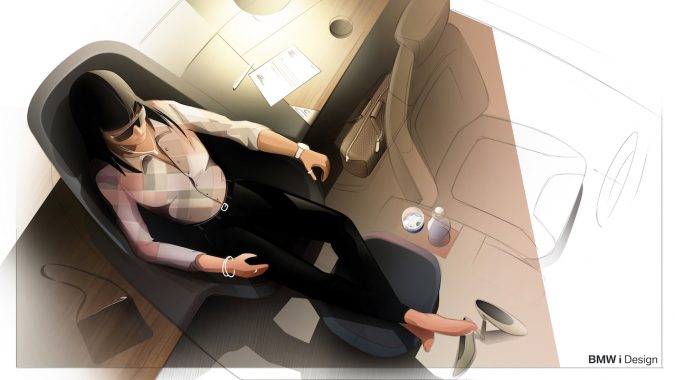 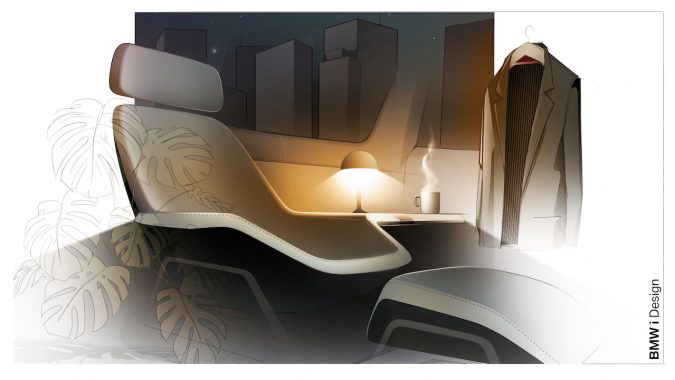