BMW turns 100: How the car company from Munich became a luxury car powerhouse

German aeronautics production was outlawed at the end of the First World War, forming the catalyst that pushed BMW into motorcycles and eventually cars.

BMW is among the latter. Its 100th anniversary, which is being celebrated this year, is an opportunity for the German icon not only to celebrate its past but hone in on its vision for the future. 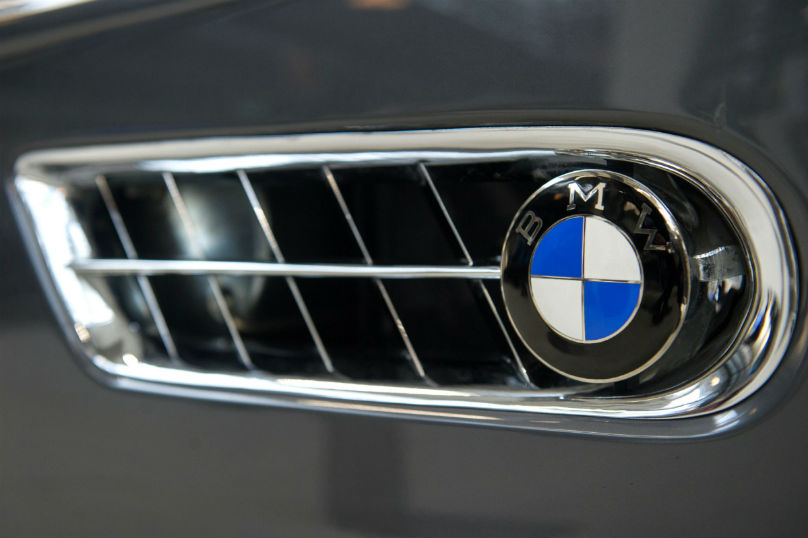 Throughout this centenary year, concept cars will be unveiled for each of the company’s brands to showcase BMW’s vision for the future of motoring.

If the BMW Vision Next 100 concept is an indication of what’s to come, these vehicles will be bold, unapologetic, and unrelenting.

The first concept, which was a futuristic sedan shown at the centenary kickoff ceremony in Munich, looks like something out of a Terminator film and demonstrates a potential balance between autonomous capability and a passion for the open road.

In “boost mode,” the driver is in control and the car becomes a tool to hone his craft. The entire windshield becomes a head-up display that looks like a video game, showing statistics such as ideal lines through curves and warnings of imminent obstacles. In “ease mode,” the steering control folds away and the car’s autonomous technology takes over.

The marque’s glance 20 to 30 years into the future includes articulating wheel covers that can be fully replicated via a 3D printer. Interior materials are either already recycled or 100 per cent fully recyclable. The materials are also almost entirely vegan, being intentionally built out of Alcantara instead of leather.

Mini and Rolls-Royce will have vision concept cars unveiled in London in mid-June — the latter has never shown a concept car in its history — and a Motorrad vision vehicle will be revealed in Los Angeles in October.

The BMW Museum, housed underneath the iconic four-cylinder building at BMW Group headquarters in Munich, is featuring a special exhibit called 100 Masterpieces that will be on display for the next 18 months.

The exhibit highlights key moments from the company’s first 100 years, including vehicles and other points of pride such as key facilities and cultural and historical moments.

Also as part of the centenary kickoff, the BMW Classic division hosted its first-ever event at its new headquarters just down the street from company headquarters.

The Classic division, which acts as the guardian to decades of archives and historic vehicles, is now centralized under a single roof for the first time. Its new home was built on the site of BMW’s original manufacturing plant using refurbished original structures. Enthusiasts can have their classic BMWs refurbished to exacting standards using original or replica parts while enjoying an on-site café and access to a selection of archives.

Further events will take place throughout the coming months to give enthusiasts from all corners of the globe a chance to come together and celebrate the Bavarian Motor Works.

In addition to locally planned events with BMW Club chapters around the world, fans and VIPs will descend on Munich yet again for the BMW Festival on Sept. 10th. Munich’s Olympic Park will transform into a massive celebration featuring car corrals, driving experiences, concerts and much more.

After 100 years, BMW is seizing its chance to shout its greatest attributes to the world: passion, performance and pride.

RELATED: BMW looks forward to the next 100 years

The 100 Masterpieces collection on display at the BMW Museum highlights great vehicles from throughout the company’s history.

The collection will be featured at the BMW Museum in Munich for the next 18 months.

Here are 10 highlights from BMW’s past, many of which are on display in Munich as part of the 100 Masterpieces collection.

This is the car that started it all. BMW acquired failed automaker Fahrzeugfabrik Eisenach in 1928.The amalgamated company’s first car design, the 1933 BMW 303, introduced the kidney grille to the world. That design feature has become BMW’s signature. 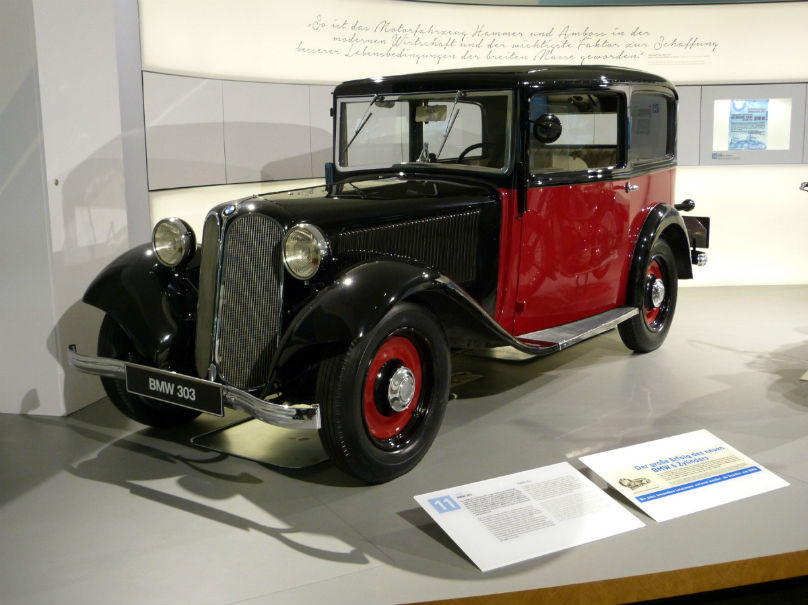 The BMW Isetta was born from the brief 1950s trend of putting roofs over motorcycles because bikes themselves fell out of favour. This quirky little bubble car featured 250- or 300-cc four-stroke engines on a body with a door that opened from the front. 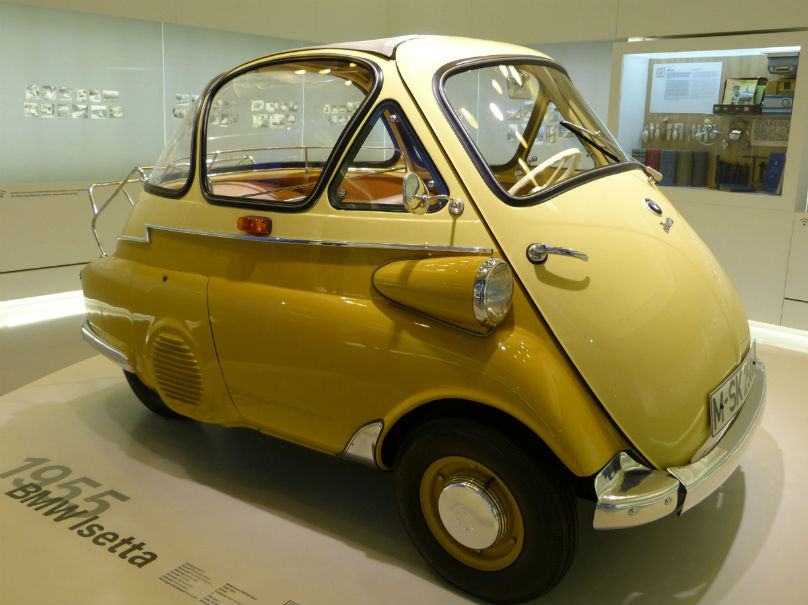 Widely regarded as a master class in styling, the BMW 507 is also still prized for its aluminum body and high-performance 3.2-litre V8. Only 254 were produced between 1955 and 1959, and nearly all of the original examples remain preserved to this day. 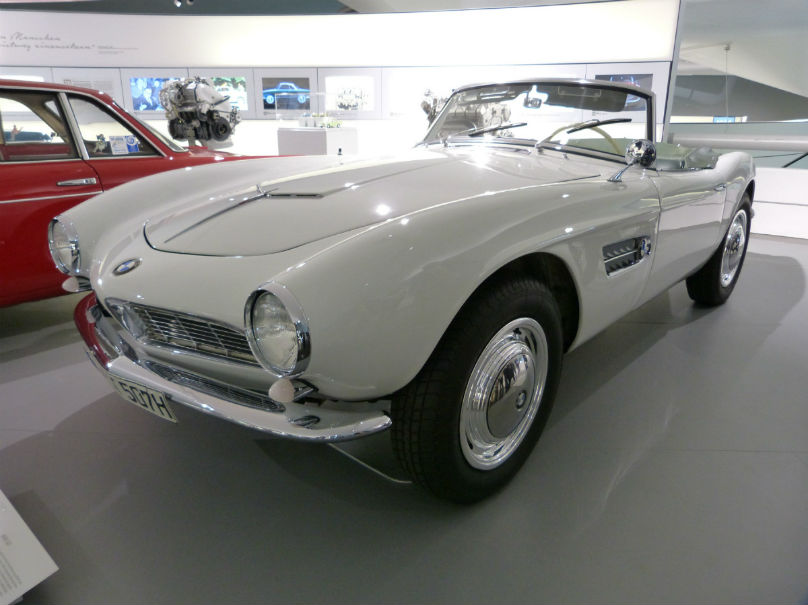 Though it’s relatively unassuming, this is the car that saved BMW when it was on the verge of a sale to rival Daimler-Benz. A surge in preorders — there were 30,000 on file as the sale to Benz was being discussed — was the sole tipping point that gave shareholders hope that Bavarian Motor Works had life left in it yet. It was first produced in 1959. 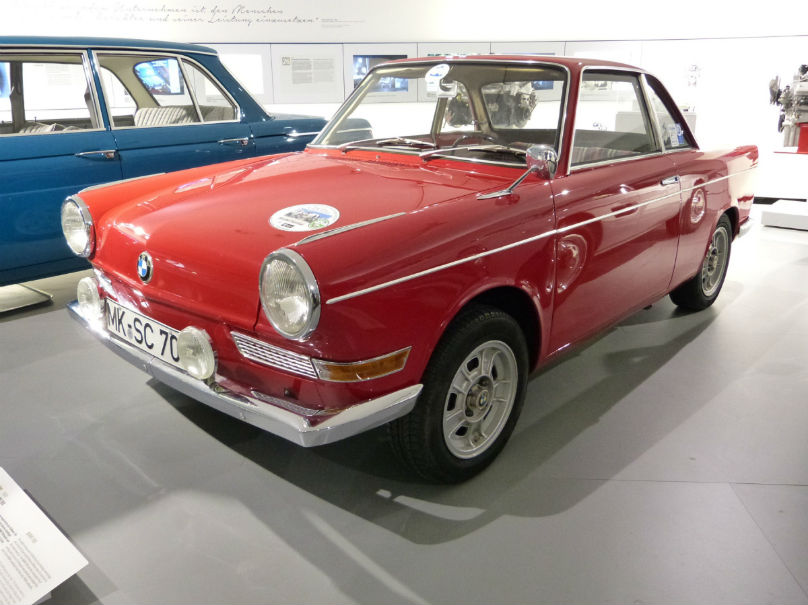 Some nostalgic car lovers will say this is the BMW body shape they relate to most. The BMW 1500 was the first of the Neue Klasse sedans and coupes that sold more than 350,000 units through the 1960s and early ‘70s and led the company back into the black. 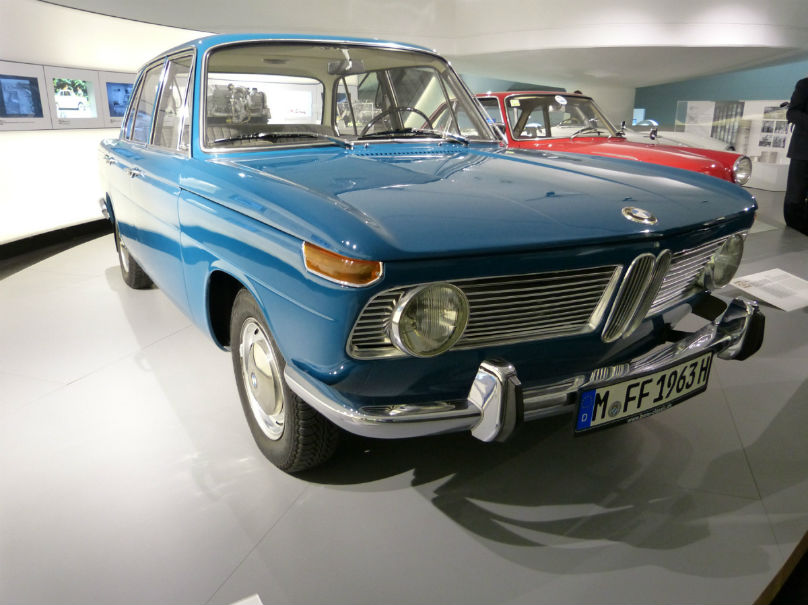 Since 1975, BMW has curated a collection of its cars painted or enhanced by internationally-renowned artists such as Alexander Calder, Frank Stella, Roy Lichtenstein, and Andy Warhol. This example was prepared by American artist Jeff Koons on a BMW M3 GT2 in 2010. 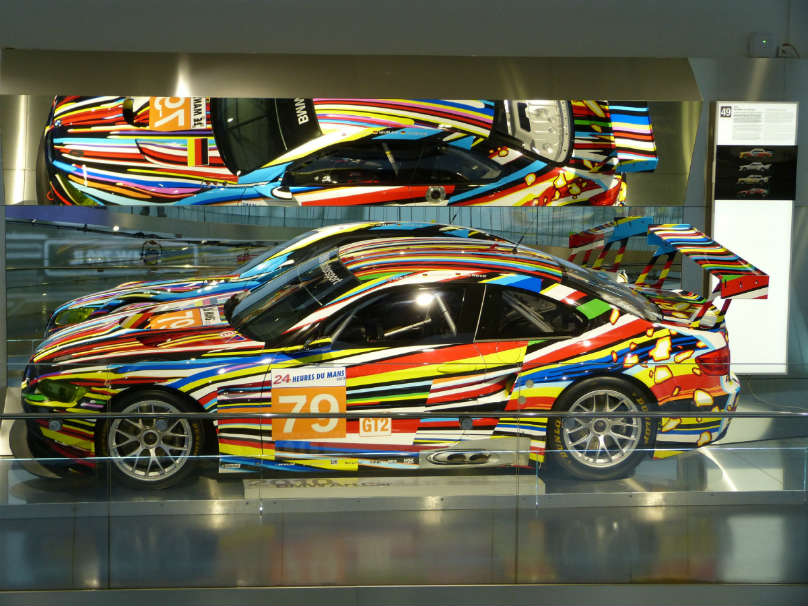 BMW gathered all of its racing activities under a single banner by creating BMW Motorsport as a subsidiary in 1972. This set the stage for the birth of the M badge, beginning with the iconic M1 that debuted in 1978. 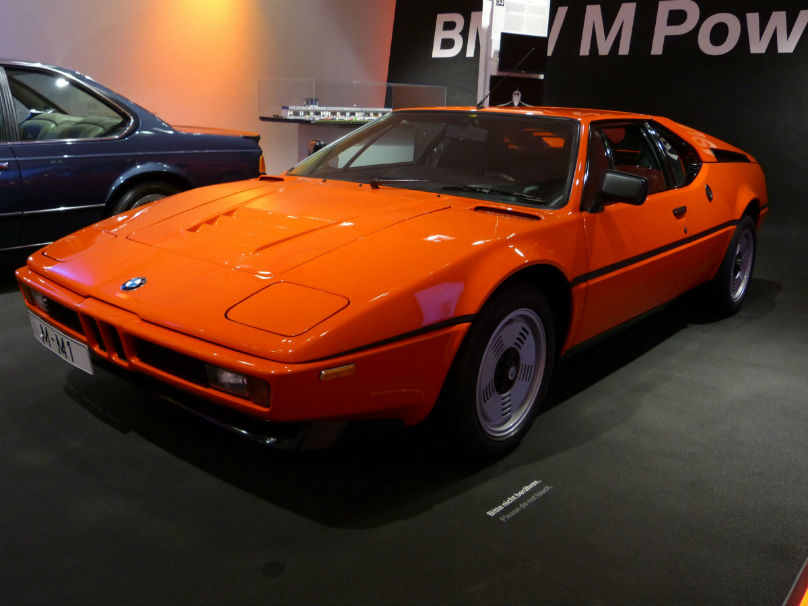 This car and its achievements are remarkable in many ways. It’s 1.5-litre four-cylinder was the first turbocharged engine ever to win a world championship. Racing great Nelson Piquet accomplished that with this ride in 1983, and it’s often regarded as being among the most visually striking F1 cars of all time. 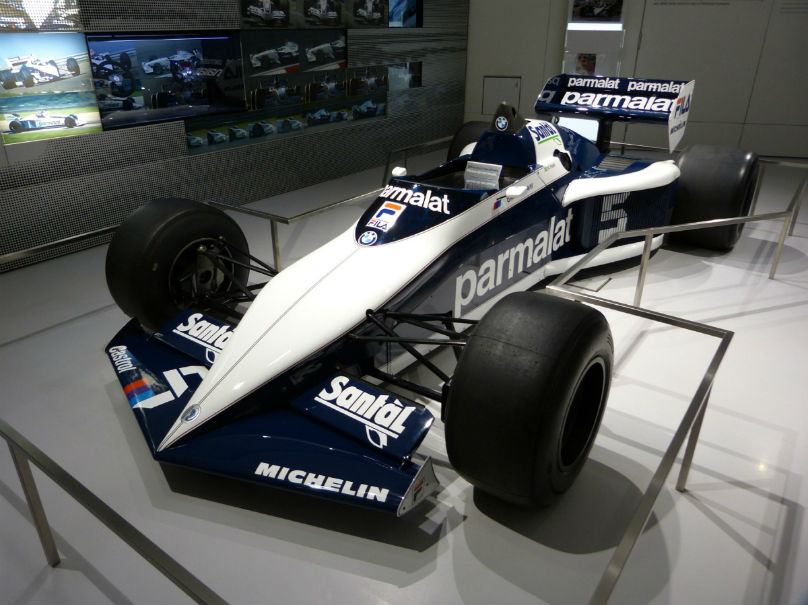 BMW’s best moment in the James Bond franchise was with its flagship 750iL, which appeared in the 1997 film Tomorrow Never Dies. On top of the standard 5.4-litre V12 that made 346 horsepower, Bond’s version was equipped with a roof-mounted rocket launcher, self-healing tires, and a tear-gas equipped security system. Bond could also control it via his cellphone, which in retrospect was a surprisingly accurate foreshadowing of a feature that’s available today. 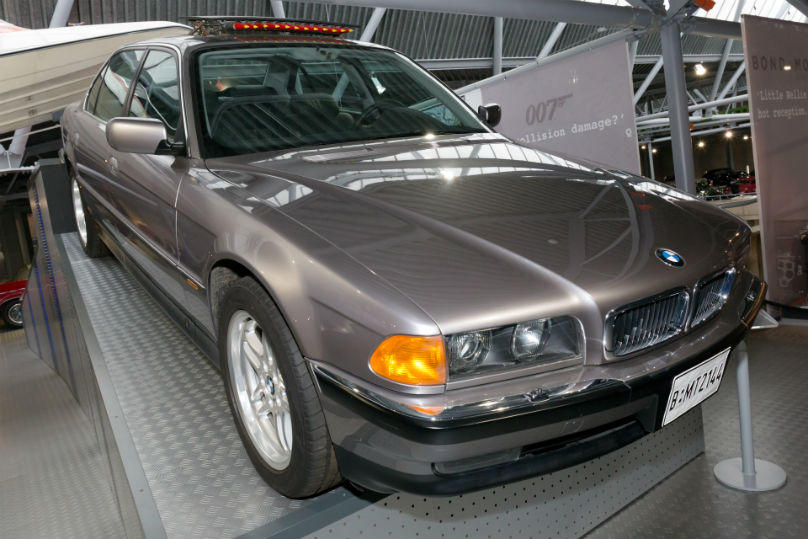 It’s unusual to include an SUV — or an SAV for “sport activity vehicle” as BMW likes to call it — in a list of must-see cars. But the X5 was BMW’s very first crack at the segment in 1999. It gave the company its first off-road-capable, five-door vehicle with all-wheel drive. 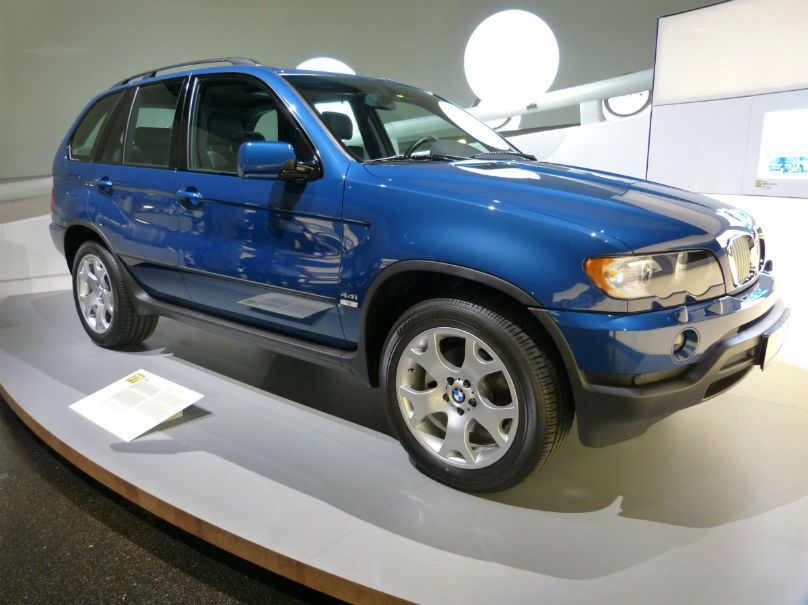 From flight to fast cars

BMW has had periods of flux from the start. Its beginnings weren’t in automobiles at all, and a series of acquisitions and spinoffs has left it with a checkered history of products that have formed part of its portfolio. Some don’t even wear the BMW badge. Here’s a look at its major brands over the years.

The first thing you see as you enter the main gallery of the BMW Museum isn’t a car at all — it’s an airplane engine. German aeronautics production was outlawed at the end of the First World War, forming the catalyst that pushed BMW into motorcycles and eventually cars.

Characteristics of modern BMWs, such as high performance and engineering ingenuity, were evident back then with the plane engines. The company built powerful plane motors, including the popular V12 VI engine that was used on the fastest commercial aircraft at the time. 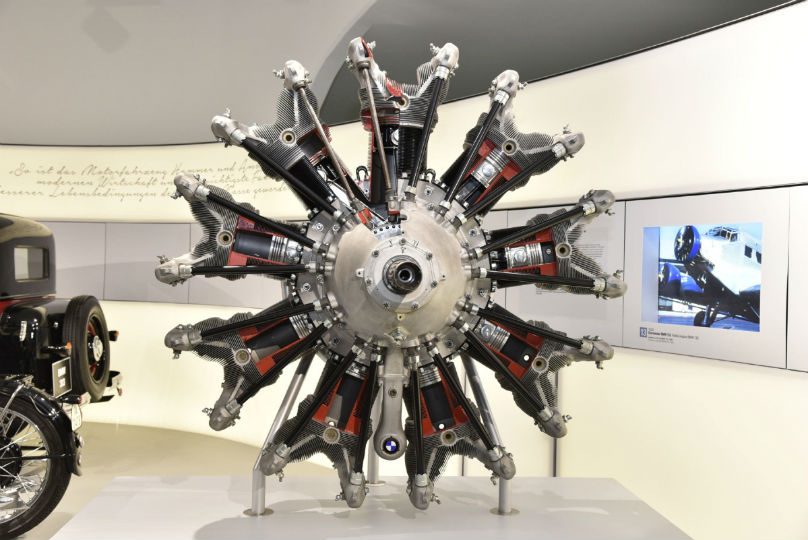 BMW acquired the Rover Group from British Aerospace in 1994, which was in some regards a success and in others a catastrophic failure. The Mini marque is one that has endured. The 2001 Mini hatchback was the first model launched under BMW ownership after the original Mini was discontinued the year before.

The “new” Mini was built in Oxford in the same factory as the original car. The 2001 model started life with a 115 horsepower engine, up from the 63 ponies available with the classic Mini cooper. 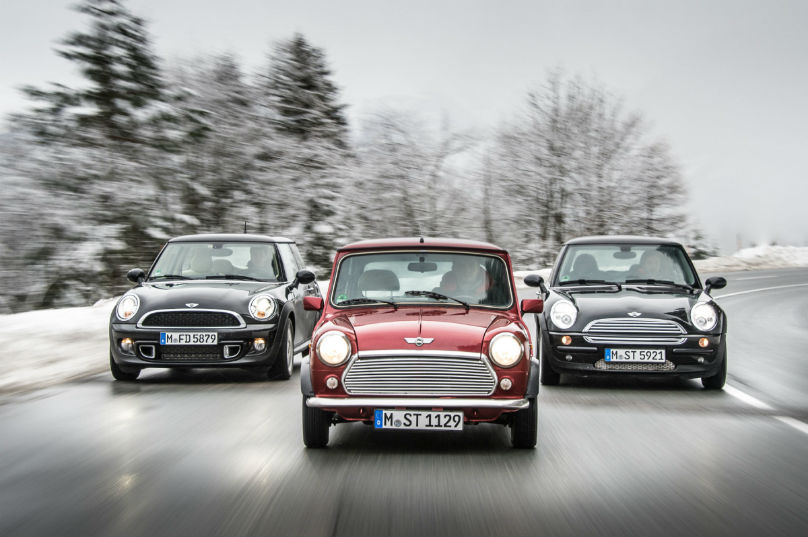 As part of the same deal, BMW acquired the Rover portfolio. The Land Rover name was spun off and sold to Ford in 2000 while BMW held onto a suite of rights to the remaining brands, the holding group for which collapsed into receivership in 2005. The last Rover 75 rolled off the production line that same year.

The Rover 75, a four-door sedan or station wagon, was first unveiled in 1998. It was powered by a range of engines, from 1.8-litre gas units to 4.0-litre Ford-sourced V8s. The later would propel this thing to highway speeds in 6.2 seconds. 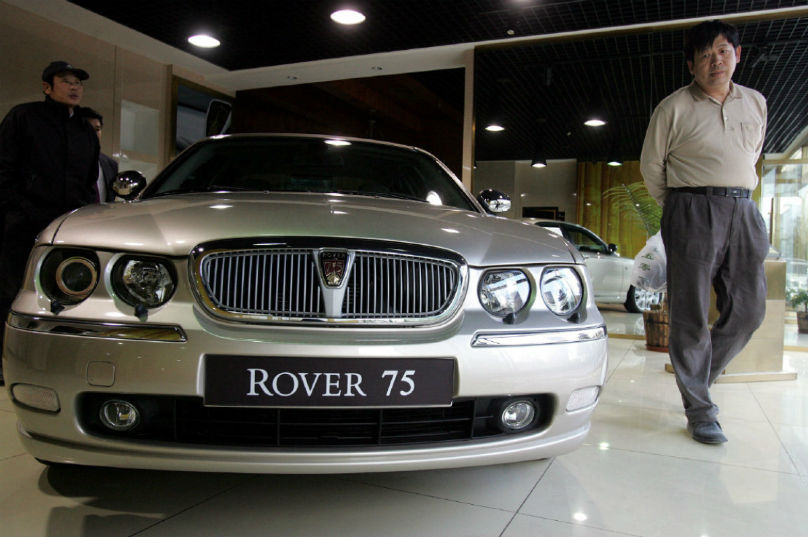 BMW also held ownership of the MG name during the same time period, which some say stunted the marque’s anticipated return to North America. The MG F roadster launched in 1995 at the same time as BMW was touting its new Z3. While both were small two-door roadsters, some criticized the MG’s design while the Z3 graced the big screen as part of BMW’s first deal to supply hero cars for the James Bond franchise.

MG was sold to a Chinese company, Nanjing Automobile, in 2005. MG vehicles are still built to this day, with some branded as Roewes. 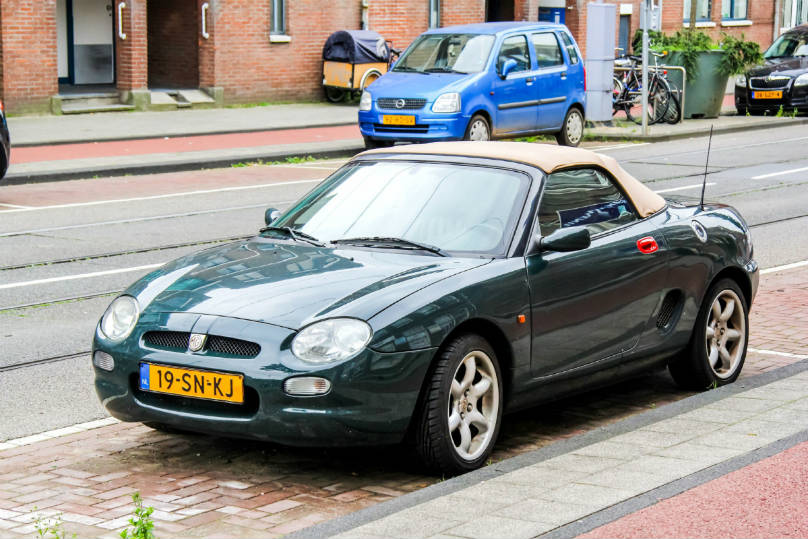 BMW collected the rights to various aspects of the Rolls-Royce name and identity from Rolls-Royce PLC and Volkswagen in 1998. The first car to roll out of the facility in Goodwood, U.K., under BMW ownership was the Phantom four-door sedan in 2003, and the subsidiary’s primary operations remain there to this day.

Though BMW’s attempts to meld it with Rover in 1994 weren’t completely successful, the move was pivotal in setting the BMW Group up with the diverse product offerings it now enjoys. 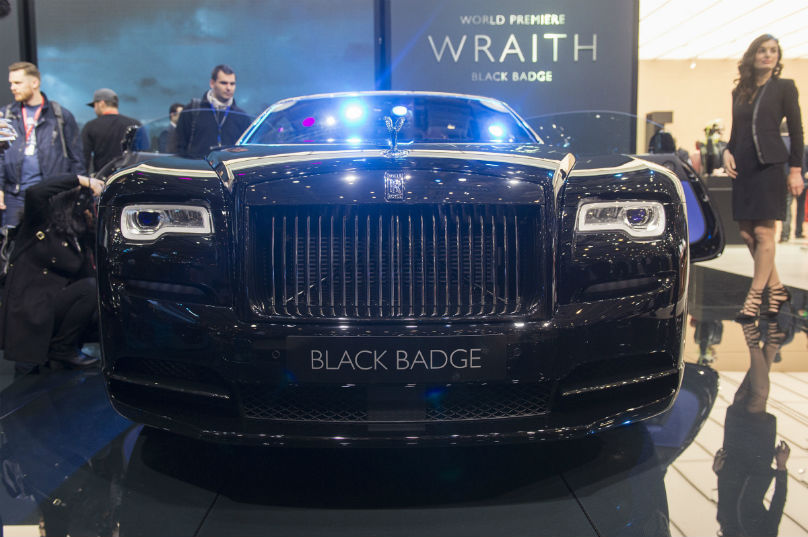