LAS VEGAS, NV – Car companies have been increasingly using the annual CES technology event in Las Vegas as a launching pad for some of their most advanced ideas, and this year is no different. The crew from Munich held a virtual keynote address to profile a few of the company’s slickest features they’ve got in the hopper for future BMW models – and one of them can change the exterior colour of your car.

While not totally like those Hot Wheels toys which change hue under running water (though it would be super cool to see your car change its shade in the rain), this iX Flow technology uses so-called E Ink to imbue exterior surfaces with a real color change thanks to electrophoretic technology. The fluid colour changes are made possible by a specially developed body wrap that is tailored precisely to the car’s contours. When stimulated by electrical signals, the electrophoretic technology brings different colour pigments to the surface, causing the body skin to take on the desired colouration. 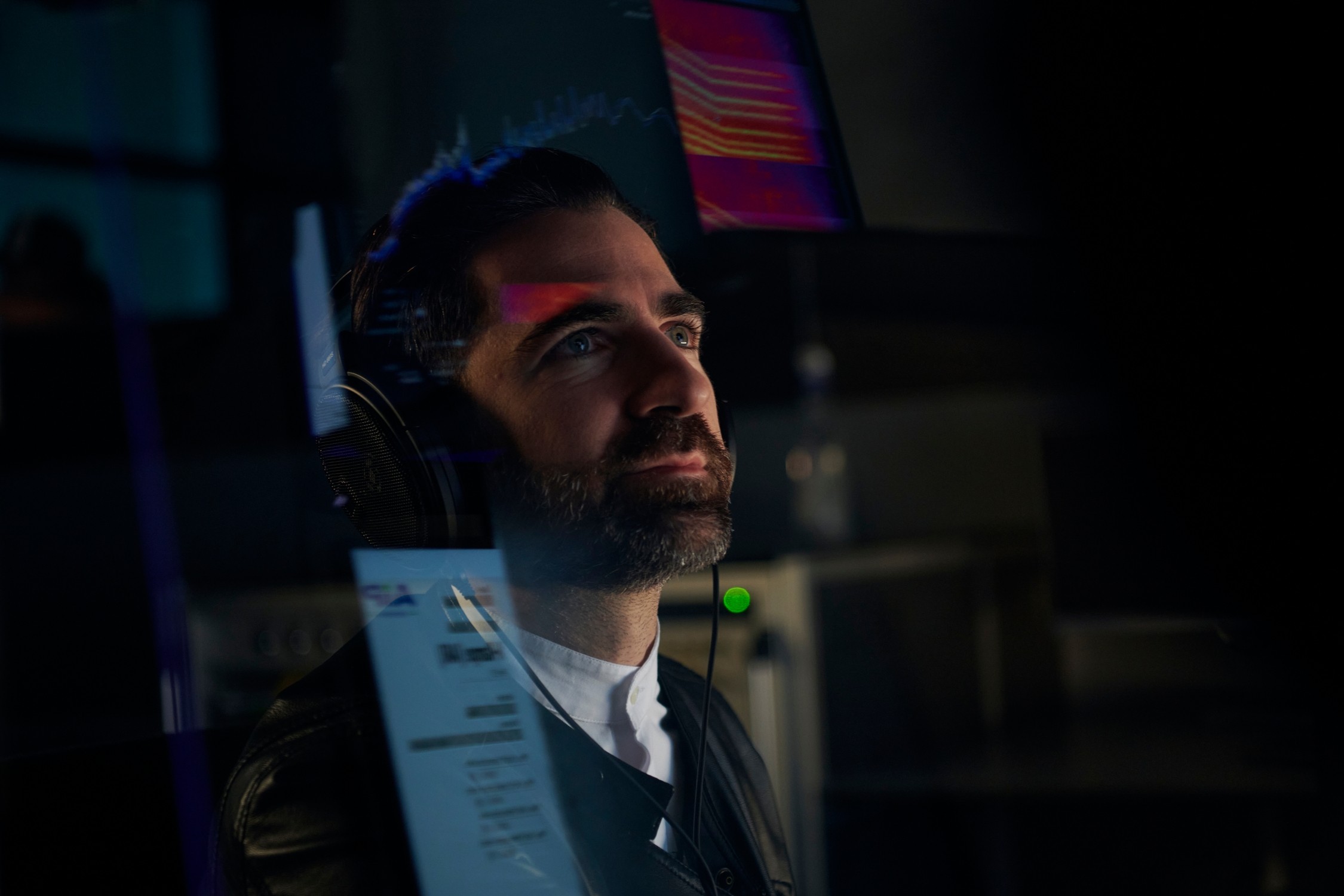 Potential uses for this too-cool tech? BMW suggests the expected personalization appeal of the stuff, plus the possibility of showing when an EV battery is fully charged or when a ride-sharing vehicle is available for hire. On the practical side of things, adapting to one’s surroundings in order to make the best use of (or reflect) sunlight to maintain optimum vehicle temperatures was also spoken of. Left unmentioned was the ability of someone to start their bank getaway in a black car and end it in a white one. In the video presentation, the wheels were shown changing colour as well.

Other visual treats include new in-car entertainment options for rear seat urchins, the likes of which include a massive Theatre Screen comprised of a 31-inch panorama display in 32:9 format with smart TV functions and a resolution of up to 8K. Packed with 5G connectivity and functions similar to a smart tv (think Amazon Fire and the like), the days of “Are we there yet?” should be left firmly in the past. The screen can tilt to reduce glare and an integrated Bowers & Wilkins Surround Sound system should deliver an extremely high-end auditory experience. While this feature wasn’t shown in any existing model, the presenter said we should look forward to seeing something extremely similar “very soon” in series production. 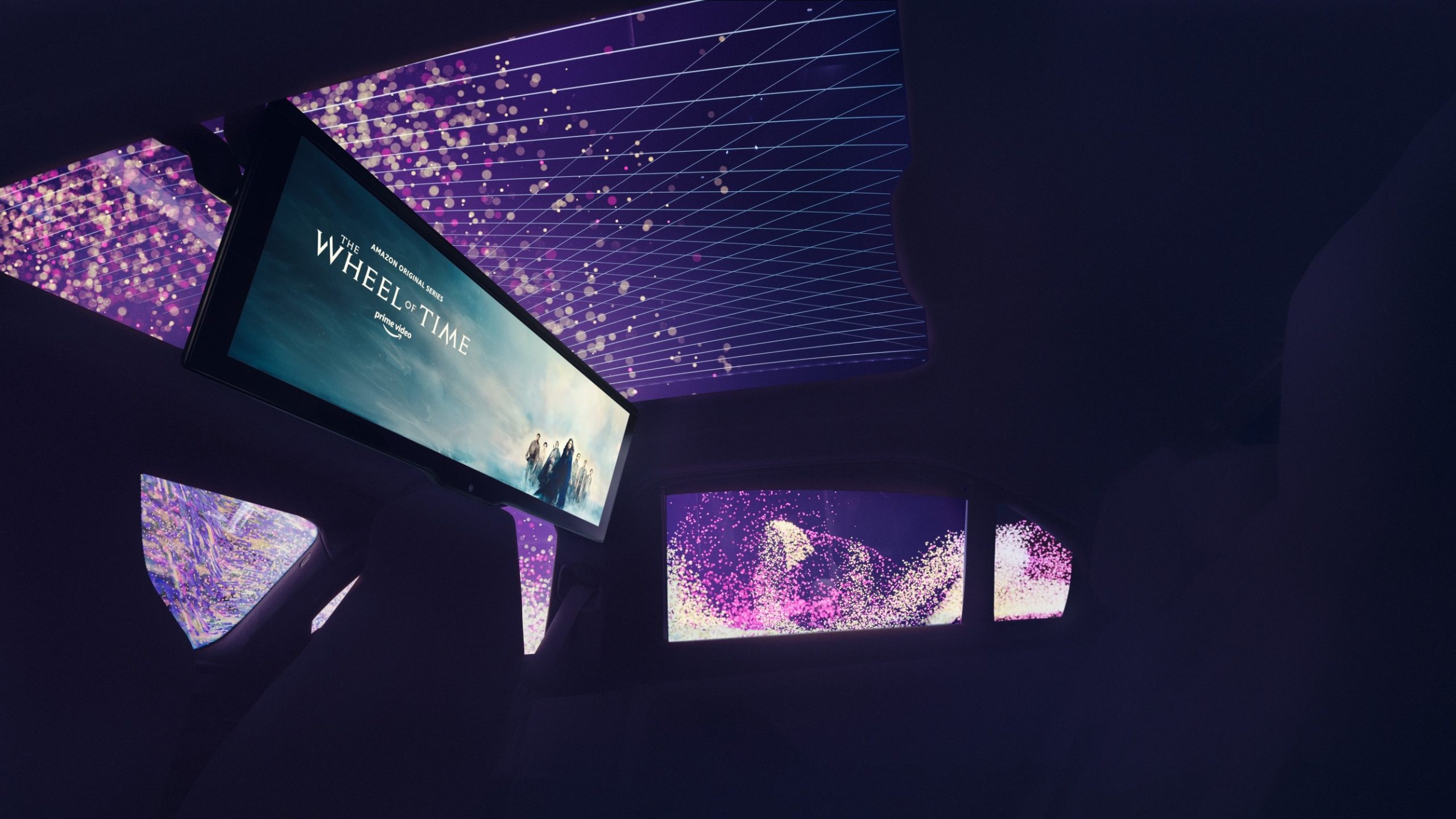 Speaking of auditory delight, BMW has teamed up with Hans Zimmer – a man whose voice you’d want narrating your life, by the way – to create new soundscapes for the forthcoming onslaught of EVs from Bavaria. Much time was given to speaking about the “specific aural character” developed for electrified BMW M models, along with the various and sundry sound modes that will be available to the driver in these vehicles. We’ve seen this trick in the Mercedes-AMG EQS and can say it adds a lot to the driving experience. In fact, during the presentation, Zimmer noted how some silence can be deafening (he actually referenced the phrase “in space no one can hear you scream”) and reiterated the BMW desire to colourize what could otherwise be a rather sterile driving experience. Some of this sound programming is already at play, they said, in the new iX