BMW Shows A More Mainstream i Model With i4

This is just a preview of the car, so don't expect to see it revealed in LA.

BMW’s i electric sub-brand is expanding once again. What started with the tiny i3 and the surprise hybrid supercar i8 is now growing to a more conventional offering. They’re giving us a sneak preview and some details of the all-electric i4 four-door ahead of the LA auto show this week with an estimated range of up to 600 km.

The German automaker says that this new model will take over what has long been the hallmark of BMW. Driving enjoyment. Like the rest of the 4 Series line, BMW says that it will be sporty, elegant, and premium. Uniquely among those, it will be emissions-free. If you’re wondering why this sedan is a 4, not a 3, that’s because BMW is calling it a Gran Coupe, avoiding the sedan badge.

Powering the i4 is what BMW calls its fifth-generation of electric drive technology, the same system that will go in the iX3 and the iNext. The electric motor can put out 530 hp, making this one more powerful than the current gas-powered M models in the same size class. The juice comes from an 80 kWh battery that’s flat and mounted in the floor for packaging. BMW says that its enough battery power to give the i4 an estimated range of 600 km. They didn’t mention which test cycle that was, so we’re assuming the WLTP, which would probably give this one a range closer to 500 km when it arrives here. 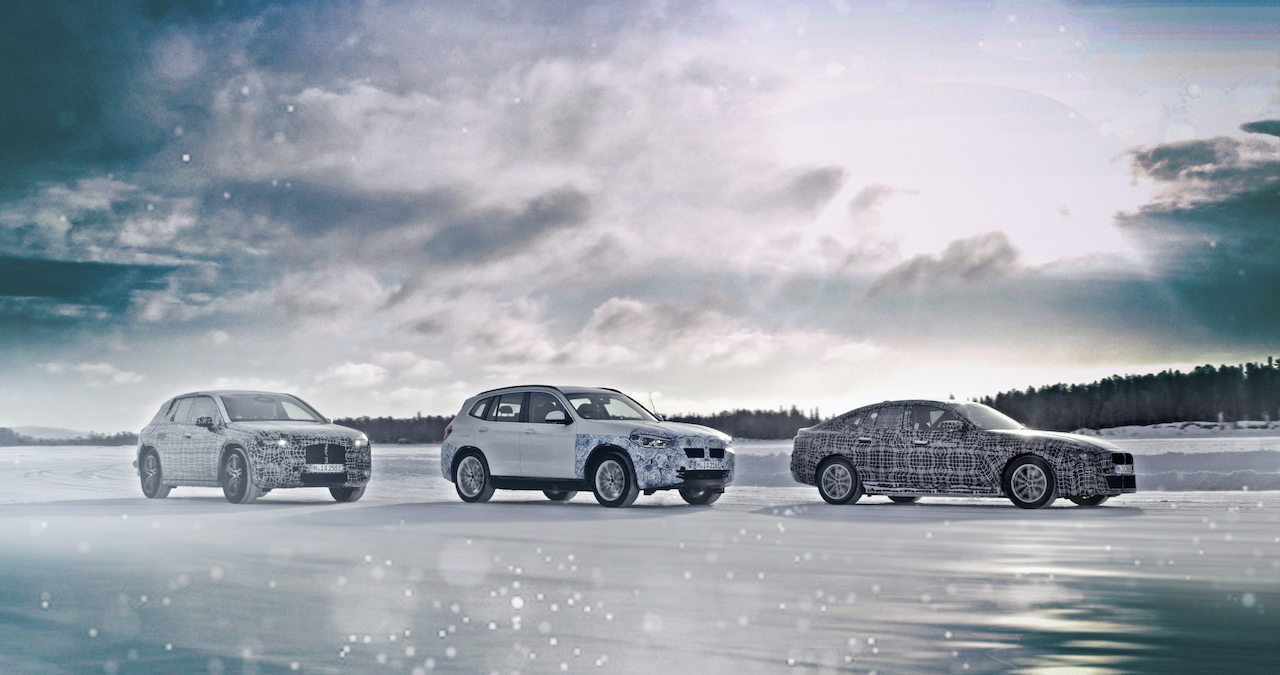 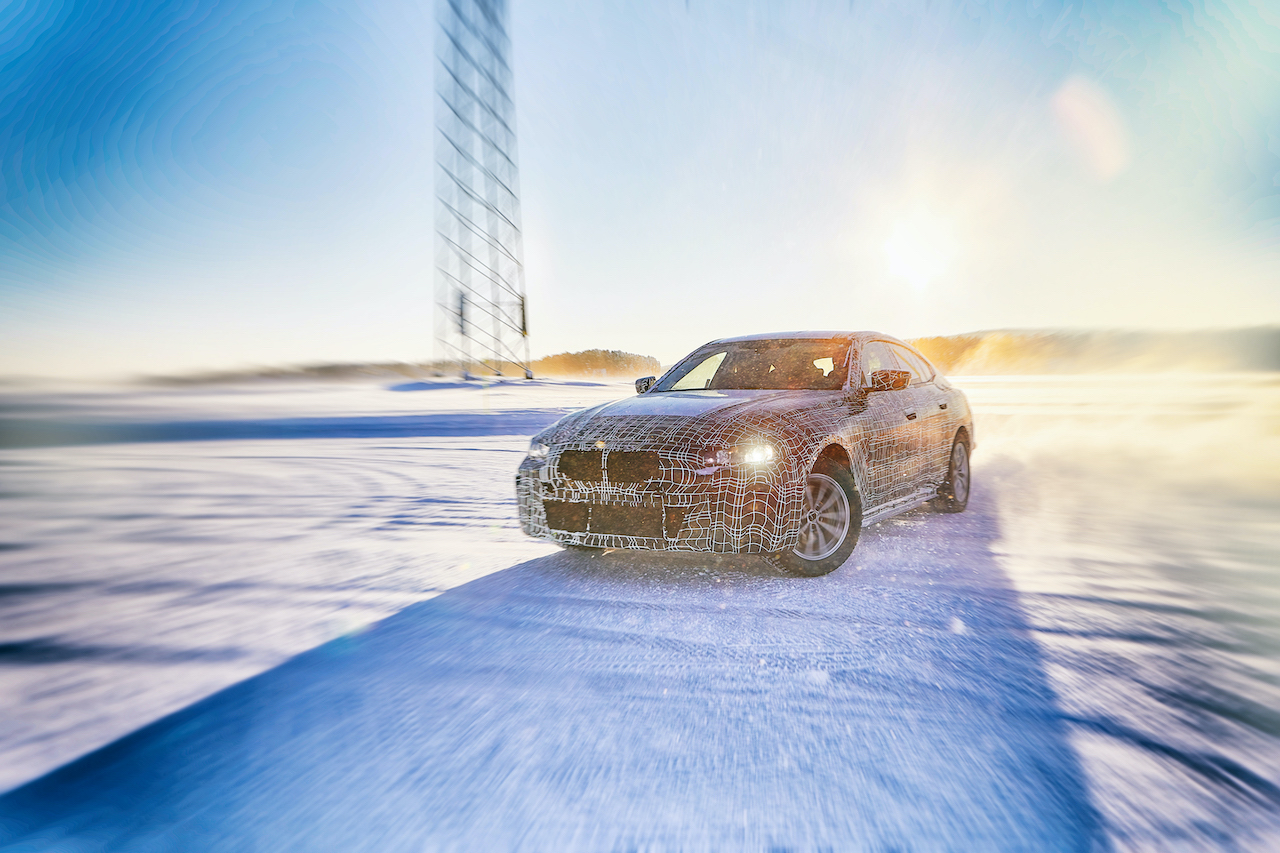 That power is enough to get the i4 from 0-100 km/h in about four seconds flat, and it can run to about 200 km/h flat-out. When it’s time to charge, the i4 can fast charge at up to 150 kW. Enough to give it an 80 percent charge in as little as 35 minutes. Or get 100 km in six minutes or so. BMW says the battery pack has a new design with more cells per module, fewer components, and a smaller overall size.

BMW’s still showing the i4 in camouflage, but this is clearly one of the automaker’s four-door coupes. The sloping roofline into the short trunk lid is impossible to miss, even with the wrap hiding some of the character lines. Though it’s electric, it still looks to have BMW’s signature kidney grilles. On this one, however, they don’t seem to be growing larger like they are on so many other BMW models. BMW says that while it’s definitely a Gran Coupe, it’ll also be identified ” equally clearly as an electrically powered vehicle.”

This is just a preview of the car, so don’t expect to see it revealed in LA. BMW says it’ll be arriving for production in 2021. 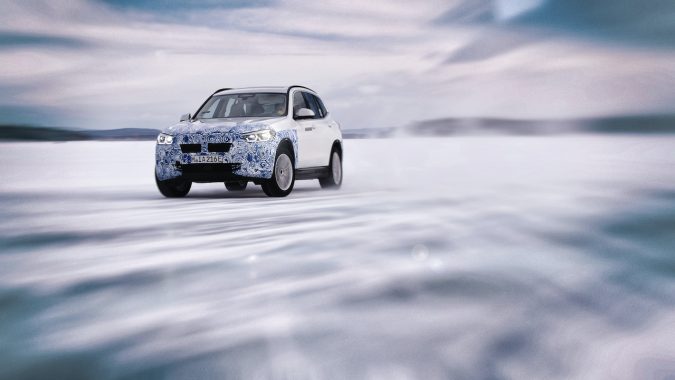 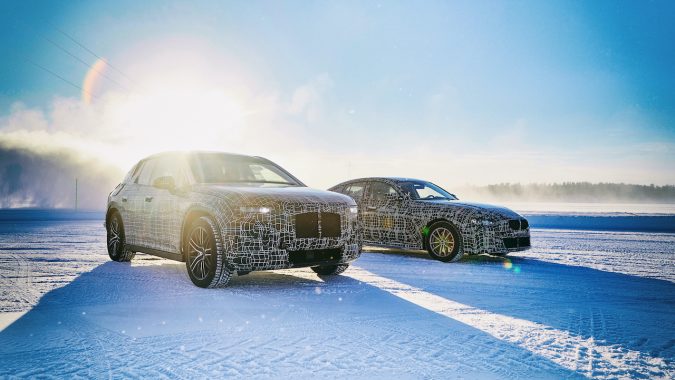 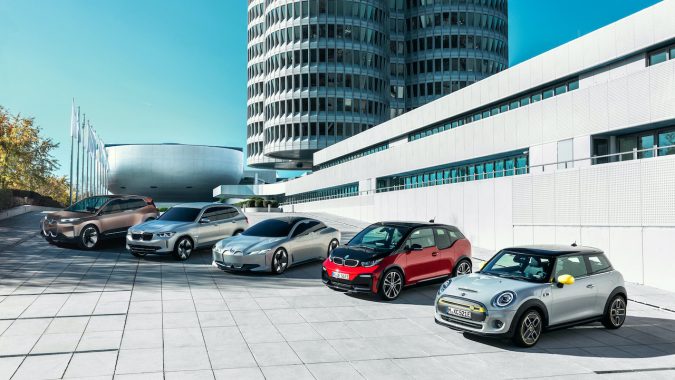 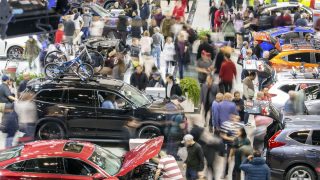