The road from TO to Vancouver - Riding the Rockies

ALSO READ: Part 1 The road from TO to Vancouver – Riding Ontario

ALSO READ: Part 2 The road from TO to Vancouver – Riding the Prairies

June 2016 – I could feel Mary shift in her seat behind me as we both rubbernecked aboard the R1200RT, finally attaining the Rockies on our trek from Toronto to Vancouver.

There’s an actual gravitational pull exerted on our emotions and very souls, but it’s a feeling you don’t get in other landscapes.

The ridges of Head Smashed-In Buffalo Jump served as our gateway out of the prairies and it doesn’t take long before we are winding up, down and around on our way to a night’s rest at Stepping Stones Cabins in Beaver Mines, where a hot tub and wine by an open fire will cap the day.

We are staying westward bound on the Crowsnest Highway, without the variation of an earlier R1200CL ride that I flash back to in 2004 . . . 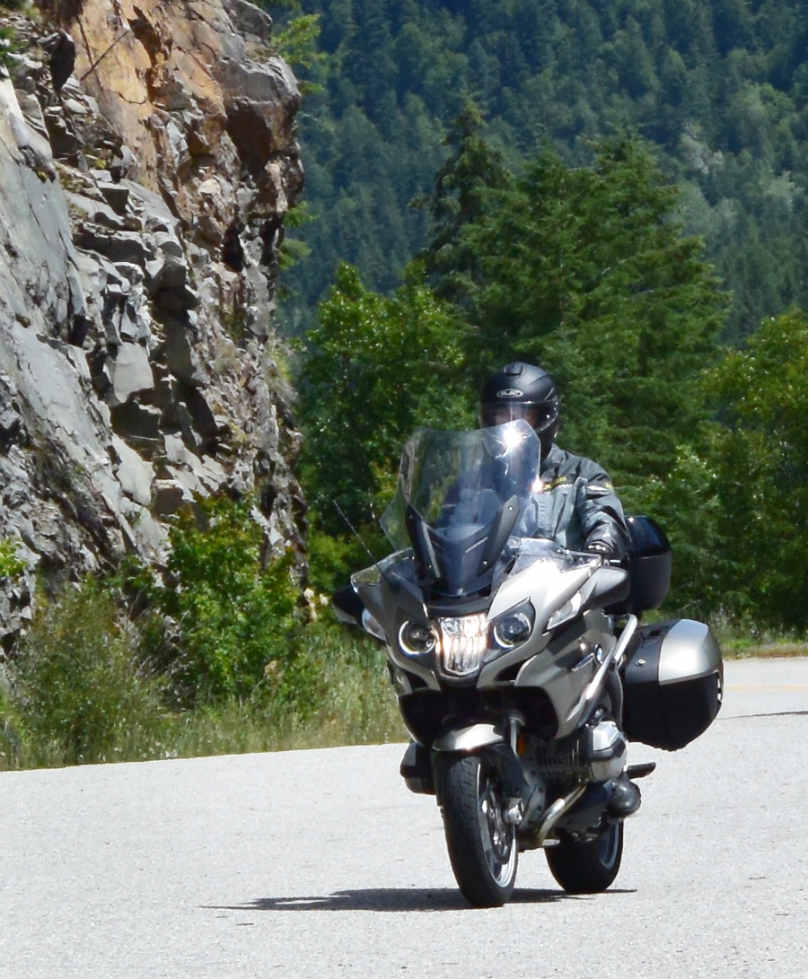 RELATED: An Escape to the Rockies with Ford’s 2017 Escape.

June 2004 – After three days of prairie rain, blue skies cheer me into the mountains and I head south for an American detour. In Waterton Lakes National Park I have to pull up behind two vehicles stopped on the road, probably for a wildlife sighting.

Sure enough, a bear and two cubs climb up the shoulder to cross the road. It’s one thing to watch this from inside a car, quite another when you’re perched out in the open atop a motorcycle.

For a moment, the bears seem to sidle towards me and I sit frozen, trying to figure out a way of climbing into my helmet.

But we all part on good terms and after the border I turn into Glacier Park’s Going To The Sun road, riding past spectacular vistas and along twelve-foot high walls of snow in the middle of summer before finally cresting Logan’s Pass . . . 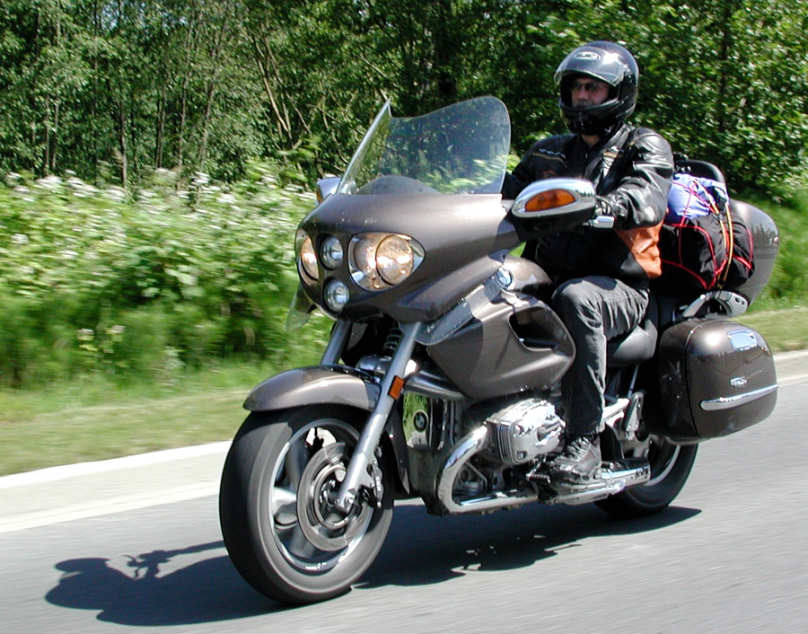 June 2016 – We skip the detour south on this trip because there is plenty to see in Alberta and British Columbia.

After having pushed through the headwinds of the Prairies, we take our time, have a coffee here, a bite of lunch there, gawk at the desolation of the Frank landslide and stop to stroll the picturesque town of Fernie – all hipster cafes and bike & ski shops. Our next stop at Baker Hill Heritage B&B in Cranbrook, reminds me again of my earlier ride a dozen years ago . . .

June 2004 – Early morning and I gear up in Cranbrook, not forgetting the finishing touch of the kneepads. Much as I have come to love the R1200CL, the original cruiser design leaves aching knees exposed to the cold, a problem solved with foam rubber kneepads purchased in Thunder Bay.

I meet another biker packing his 25th Anniversary-badged Honda Gold Wing GL1500 in front of the motel and notice another cockpit badge with his name and his wife’s name on it.

On this 2004 trek, my wife Mary had flown ahead to help with wedding preparations, so I jokingly ask if his wife had skipped out of the trip as well.

No, it turns out she had just passed away after battling a terminal illness.

“She always wanted to make this trip,” he said.

“But we’re still doing it together,” he added, tapping the badge.

Ah, a ghost rider. I think back on Neil Peart’s book about riding through the pain of loss and how even my own journey started with a funeral.

And I was still trying to get my foot out of my mouth when he took pity and changed the subject.

June 2016 – No kneepads necessary on this trip, thanks to the R1200RT’s protective bodywork.

No ghost riders either, we are celebrating life as we swing into the rhythm of the winding road – switchbacks that curve left, right and left again.

We are also celebrating forty years of marriage, so, with Mary sitting behind me, I dial back the adrenaline a little and restrict turn-in speeds to just 20-30 km/h more than the curve signage recommendation. But the R1200RT feels alive anyway, its mid-weight muscularity and athletic design swinging in sync to the mountain road beat.

This is where the R1200RT’s Shift Assist Pro comes into its own. 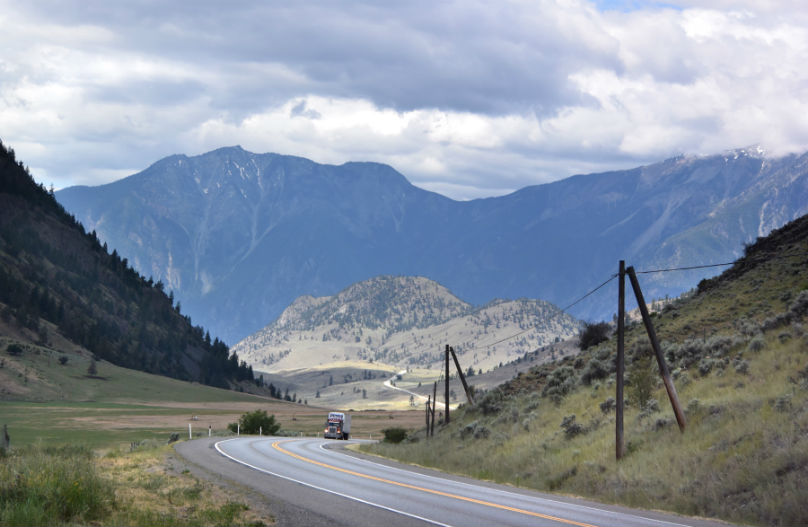 I still tend to feather the lower gears with the clutch, but, anywhere after third, upshifts and downshifts thunk lightly through the cogs with DCT-like immediacy and without the clutch. I later meet another R1200RT owner who swears by it as the best feature he’s ever opted for.

British Columbia offers a dizzying array of circle tour routes and we have cobbled together one of our own, gliding north along the eastern shore of Kootenay Lake and crossing on the Kootenay Bay ferry, before heading south again into Nelson and a stop at Cloudside Inn B&B. 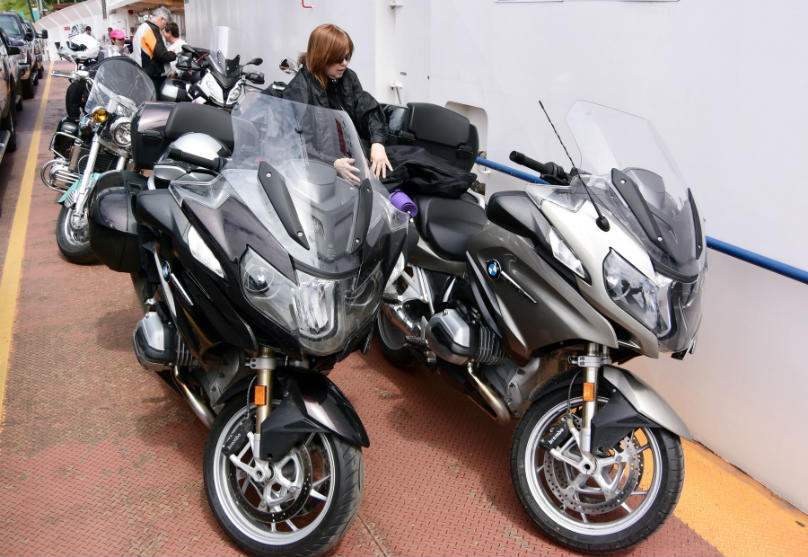 And next day we’re off again, more mountains, more curves and cornering. We’ll be adding Yahk, Spuzzum and HaHa Lake to our placename list.

We make the hairpin descent to the desert-like heat of Osoyoos, stopping overnight at the Road 6 B&B in Oliver before the final day, the final leg through the chilled heights of Manning Park, traces of civilization beginning to emerge as we pass beyond Hope and head towards Vancouver.

The end of a long ride is always bittersweet. On the one hand, there’s a sense of arrival and accomplishment. And on the other hand, it signals the end of a routine that has become familiar – no worries, no problems, just pack up and ride, each day open to new destinations, new experiences ahead. 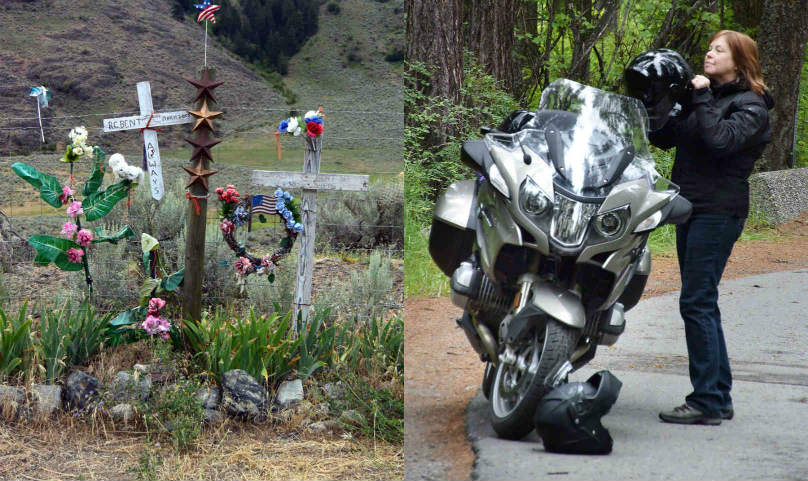 But money and fuel numbers don’t tell the tale of a trip like this.

The real sum total worked out to eleven blissful days of riding through the scenic variety of Canadian vistas, perfected by the bulletproof mechanical reliability, touring accommodation and balanced abilities of an iconic sport tourer like the 2016 BMW R1200RT. 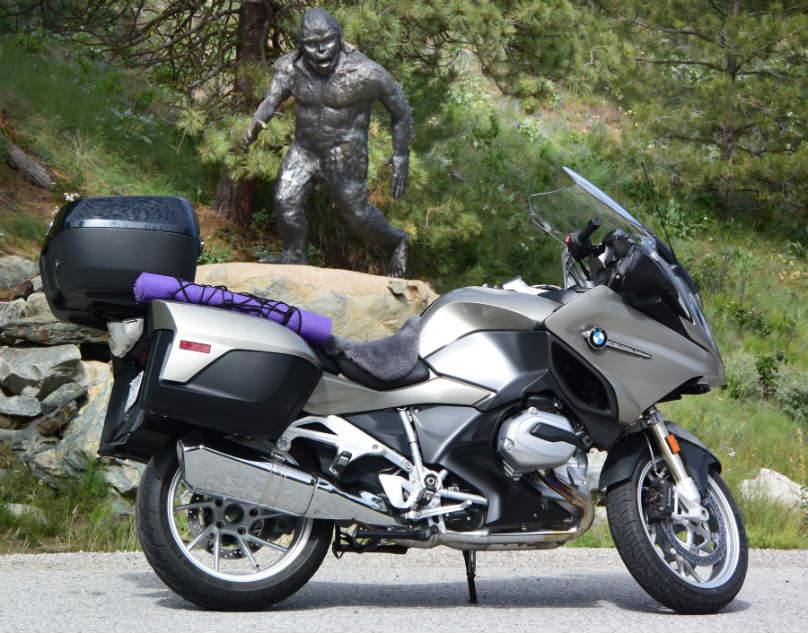 ALSO READ: Part 1 The road from TO to Vancouver – Riding Ontario

ALSO READ: Part 2 The road from TO to Vancouver – Riding the Prairies 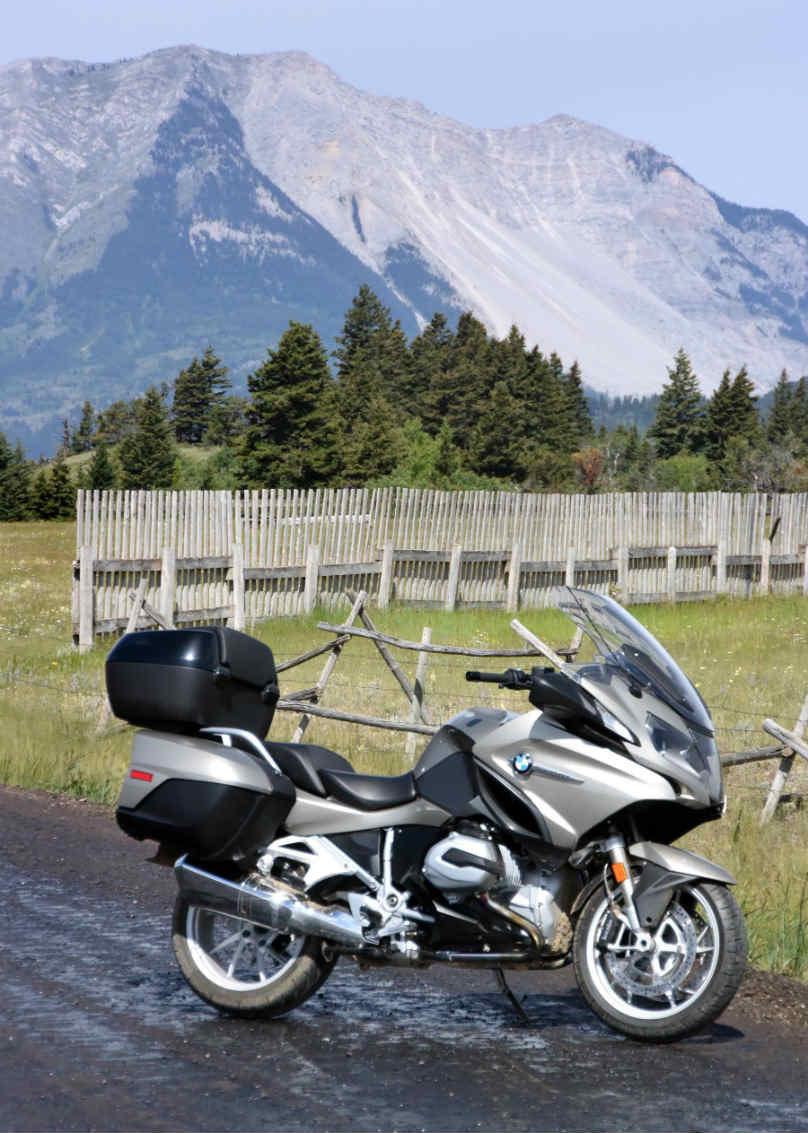