BMW Motorrad enters the Canadian cruiser market with the 2021 R18

A BMW cruiser where everything old is new again.

This fall BMW Motorrad enters the Canadian cruiser market with the 2021 R18, a bike that blends classic cruiser cues with BMW’s singular style and traditions.

Yes, they took a stab at this before with the R1200C (1997-2004), a unique cruiser attempt that cameoed in a James Bond flick featuring jumps and a stunt slide under a low-flying helicopter.

The new R18 doesn’t really follow up on that R1200C, rather it draws its inspiration from a more historic reference point – the 1936 BMW R5, a bike revolutionary for its time with innovations like a tubular steel double-cradle frame, a hydraulically-damped telescopic front fork and a foot-shifted gearbox instead of the old car-like stick-shifter system.

Okay, not the classic V-Twin normally expected on a cruiser, just BMW doing it their way with the biggest, most powerful boxer engine ever, a horizontally-opposed, air/oil-cooled 1,802 cc motor making 91 hp with a healthy peak torque of 117 lb-ft, the bulk of that oomph available across a wide 2,000-4,000 r.p.m. power band. And they need that grunt to move a bike that’s bigger (2,440 mm) and heavier (345 kg) than any cruiser in the benchmark Harley-Davidson lineup. Acceleration from 0-100 km/h is rated at 4.8 seconds, with power translated through a six-speed gearbox.

The rider sits relatively low (690 mm seat height) with hands on heated grips, feet perched on “mid-mounted footpegs” behind the protruding cylinder heads, and with a view forward over a single round meter housing combining analogue and digital readouts above a “Berlin Built” logo. 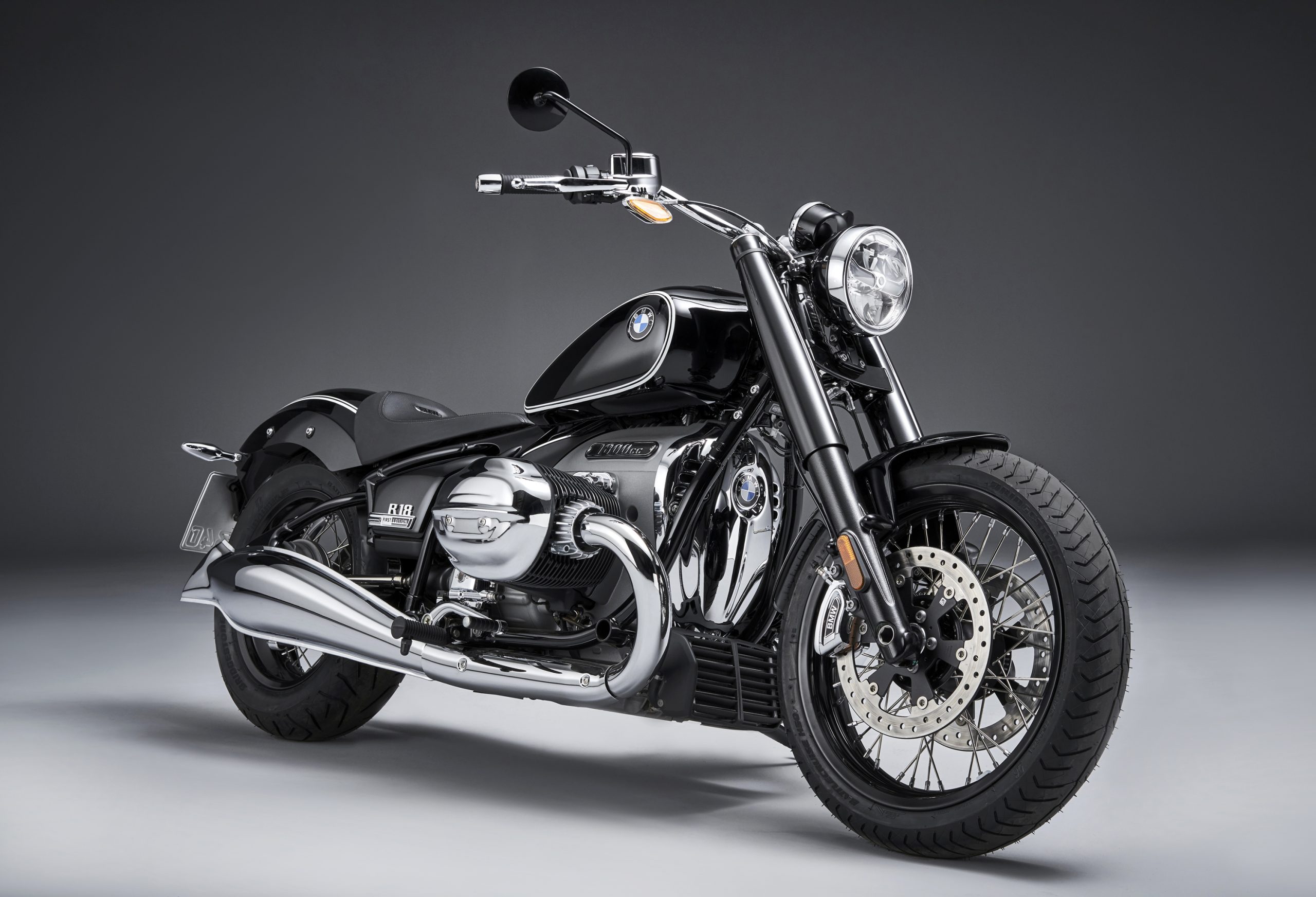 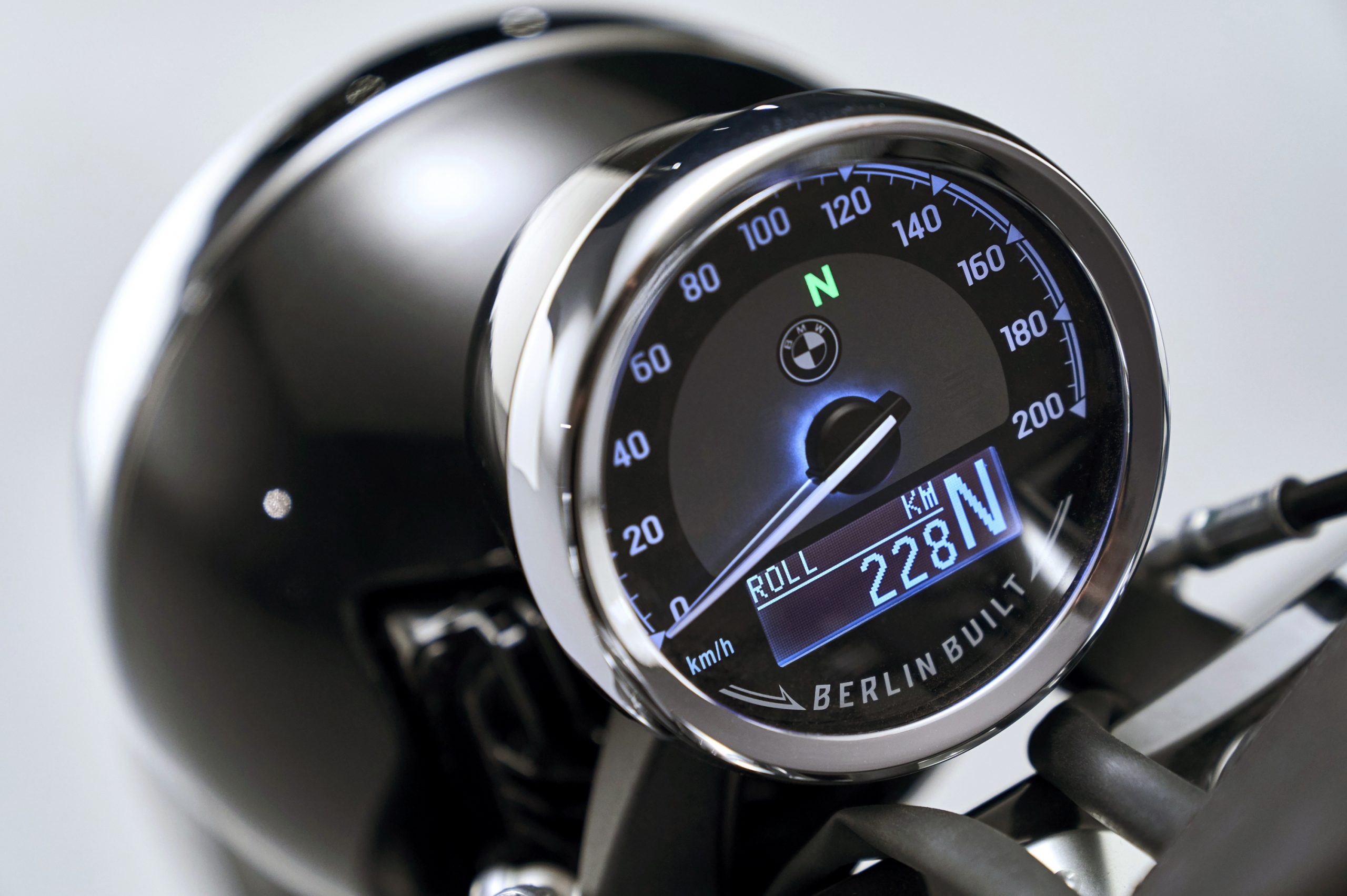 And, while we’re on the subject of options, along with front wheel size choices, cruise control and even apehanger handlebars, the R18’s conversion-friendly construction allows for easy personalization through a long list of Roland Sands components, Mustang seats and Vance & Hines exhaust systems.

The 2021 BMW R18 starts with a specially-badged premium First Edition model launching this fall for $23,745 MSRP. It adds chrome-plated extras and a Welcome Box with R18 branded swag. BMW Canada tells me the first bikes are already arriving and they expect 200 by the end of 2020, with at least another 150 units following up next year. A standard edition version for $20,895 MSRP will come available by January and I’d expect even wider family choices in the years to come. 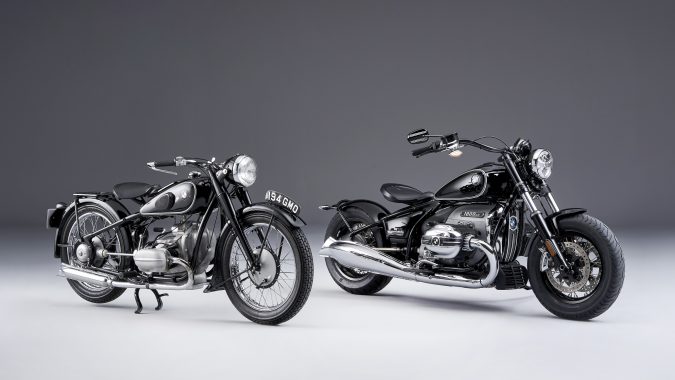 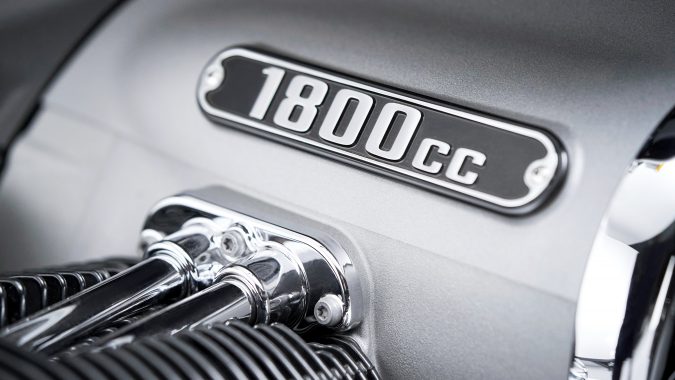