Not the “M Performance” versions – we’ve seen those. I’m talking the full-pull M8.

Come on, let’s face it; as excited as we were about the new 8 Series, we were all reserving our biggest cheer for the “M” versions, right? Not the “M Performance” versions – we’ve seen those. I’m talking the full-pull M8.

Well, BMW has finally pulled the cover off of these (and their Competition variants, too!), and they’re looking to be everything we hoped they would.

It starts with the power; that’s a 4.4L TwinPower twin-turbo V8 good for 600 hp and 553 lb-ft of torque for the standard coupe and convertible (if you can call a $133,000/$142,500 car “standard” in any way), and an additional 17 hp for the Competition models, which retail for $146,000 and $155,500 for the coupe and convertible, respectively. There’s obviously more to it than that when it comes to the switch to Competition spec (starting with a flatter torque curve), which we’ll get to in a minute.

Being a “hot vee” – turbocharger nestled within the cylinder v, making for faster turbo spooling and more compact packaging. Cooling is paramount, so BMW has given both cars (well, all four, I guess) an advanced cooling system with two separate water circuits for the turbos/engine and one for the intercooler. There are also additional coolers for the oil and transmission; there’s also an extra front oil sump. 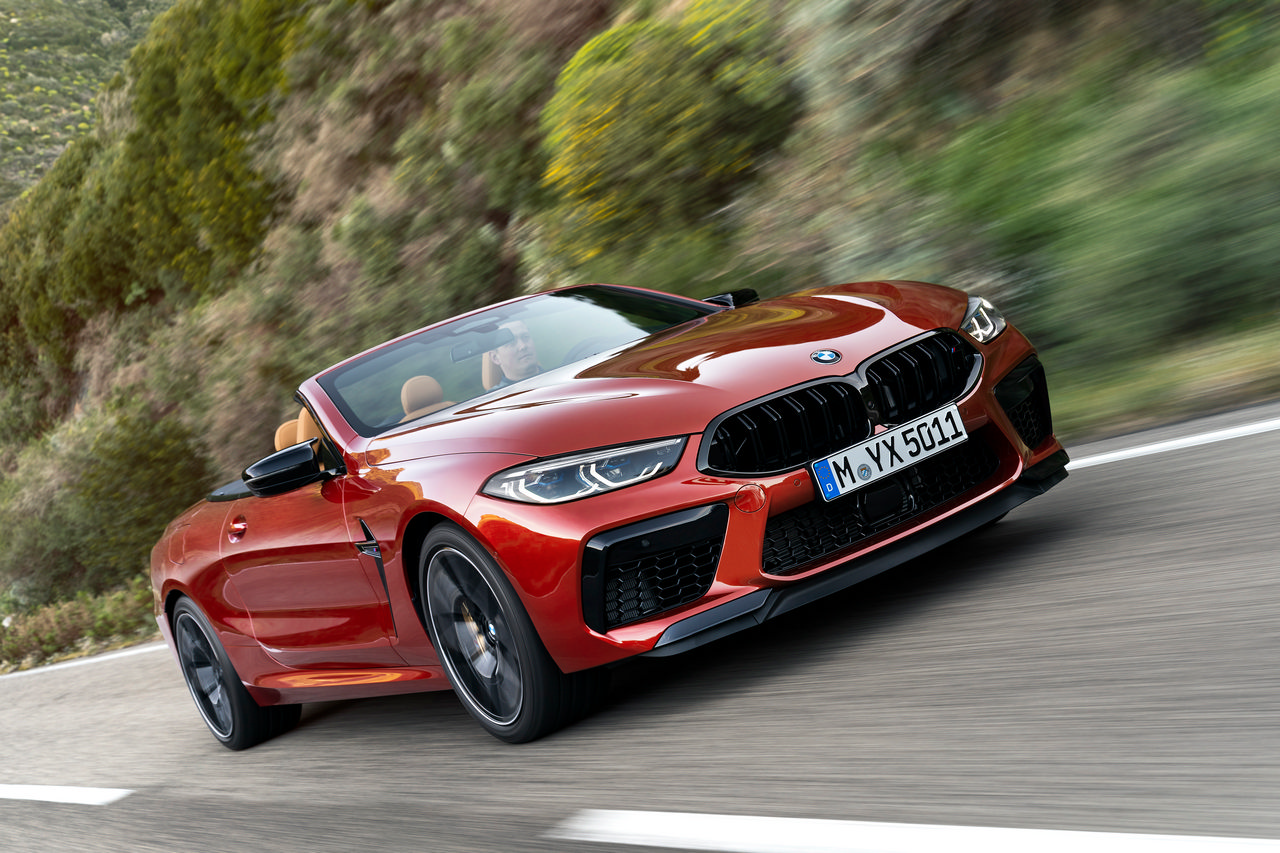 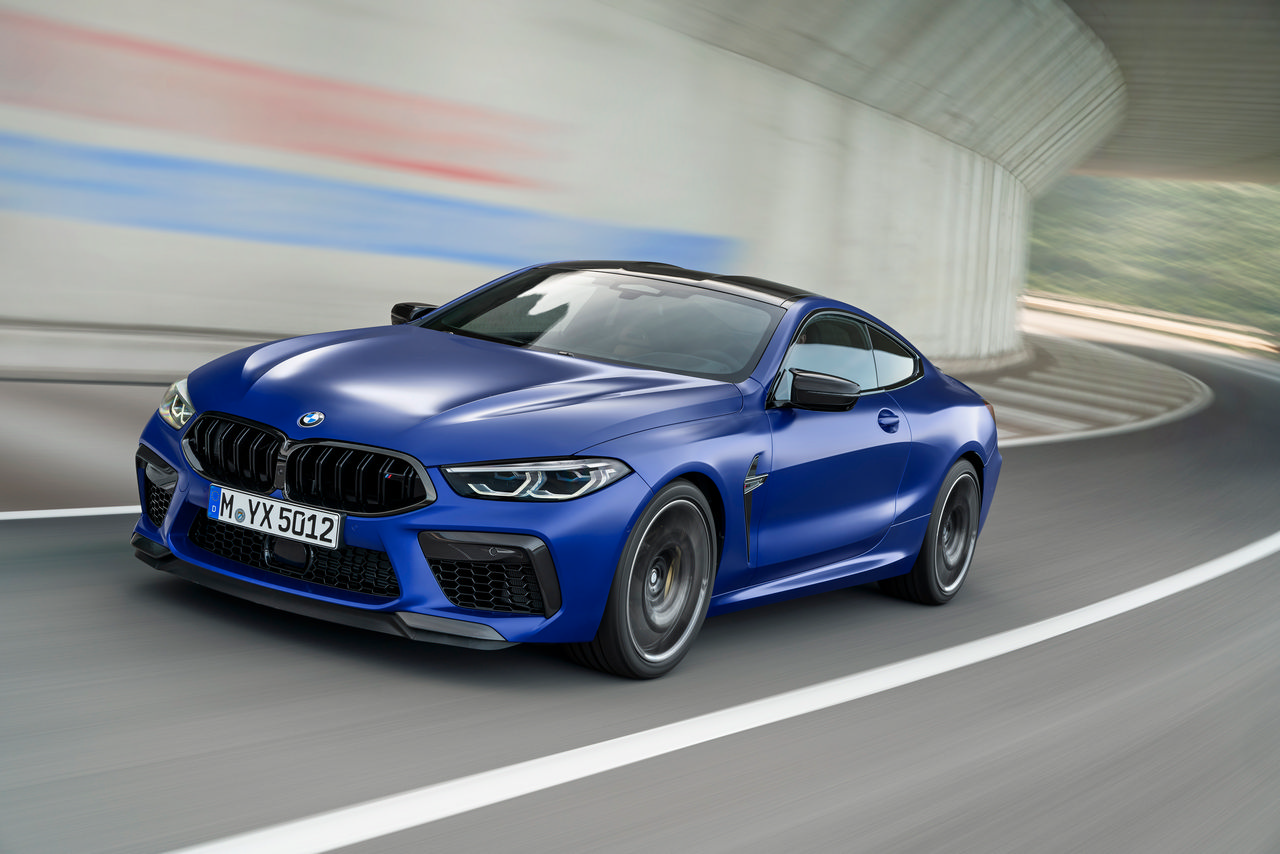 It all helps the non-Competition Coupé get to 60 mph from stop in 3.1 seconds and the Convertible in 3.2, while point one of a second is shaved of for each in Competition spec. Top speed, meanwhile, is limited to 155 mph but can get boosted to 189 mph with the optional M Driver’s Package, which also includes training at the BMW Performance Center driving schools in South Carolina and California.

Transmission-wise, it should come as little surprise that an eight-speed auto is your only choice in each model, with a Drivelogic button allowing drivers to switch between various gearshift speeds. There are, of course, a set of shift paddles, as well.

On the chassis front, steel discs are going to come as standard, while ceramic discs measuring 400 mm up front and 395 mm at the rear will also be available. Adaptive suspension comes as standard while the double wishbone front and five-link rear suspension have both been specially tuned for the M8, while the Competition models get even firmer set-ups, as well as stiffer engine mounts and ball-joints instead of rubber bushings at the rear. Wheels, meanwhile, measure 20” all around in both the standard M8 and Competition models and are shod with performance tires. Competition models get lighter wheels in a bicolour design. 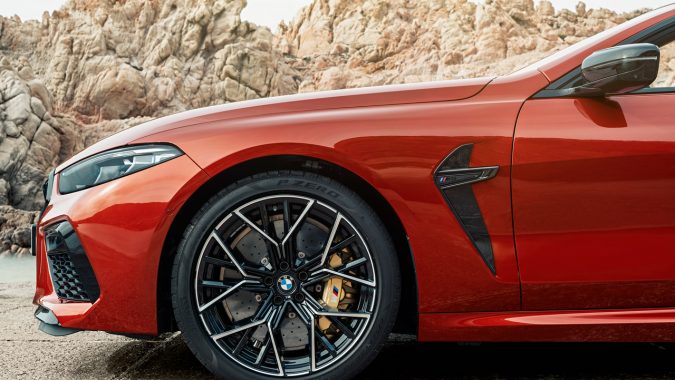 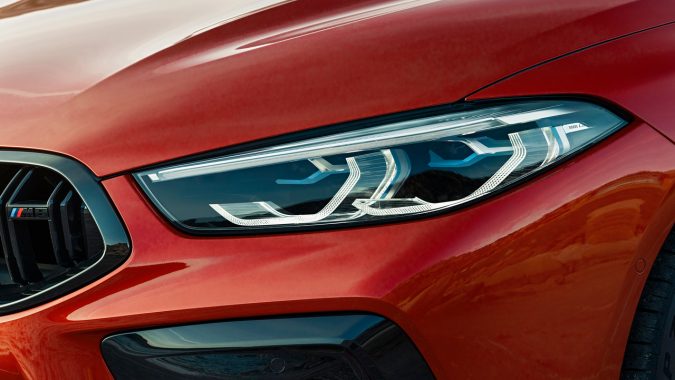 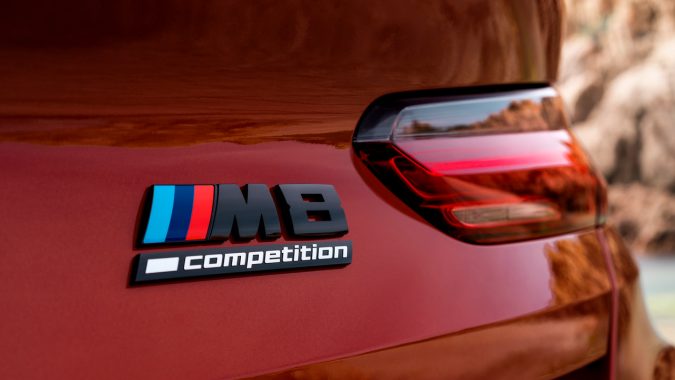 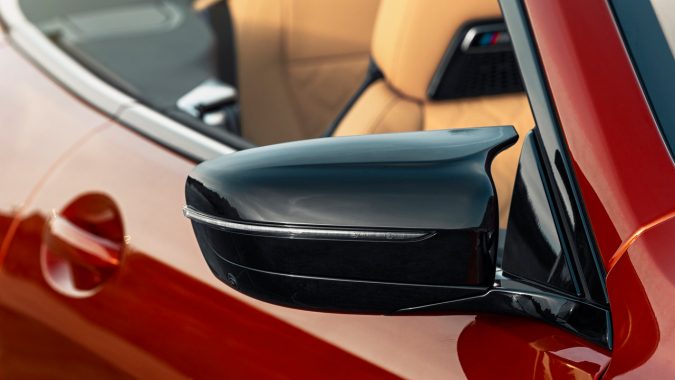 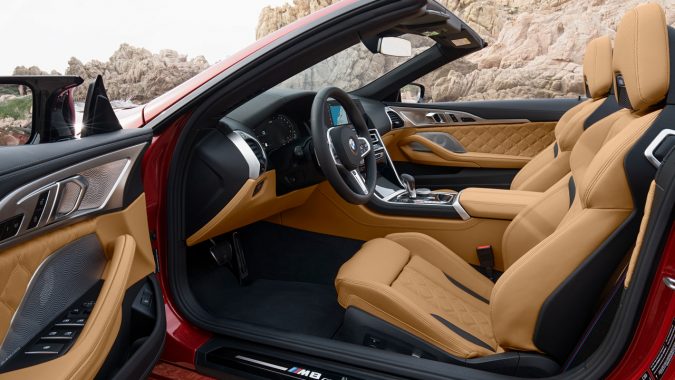 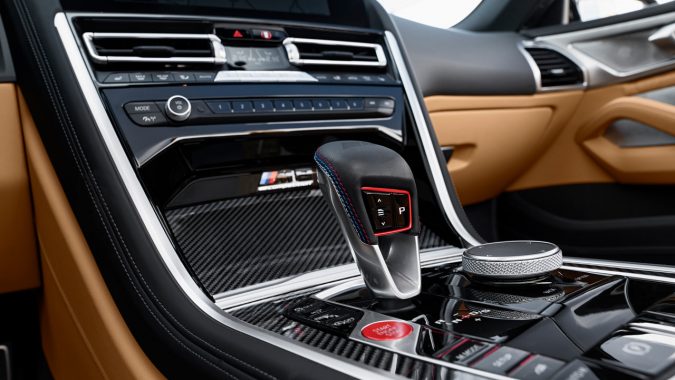 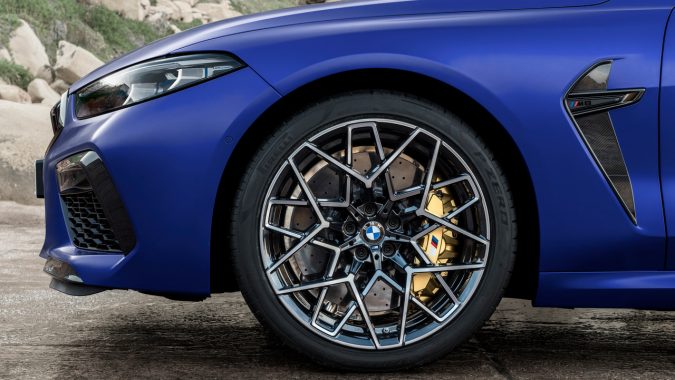 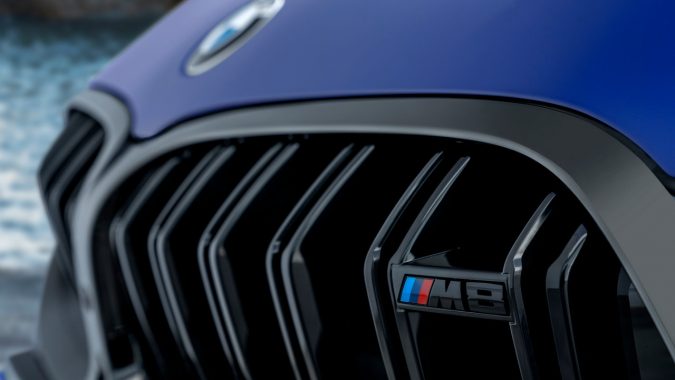 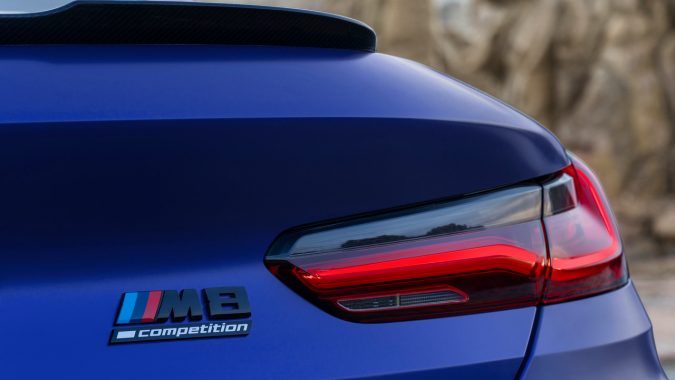 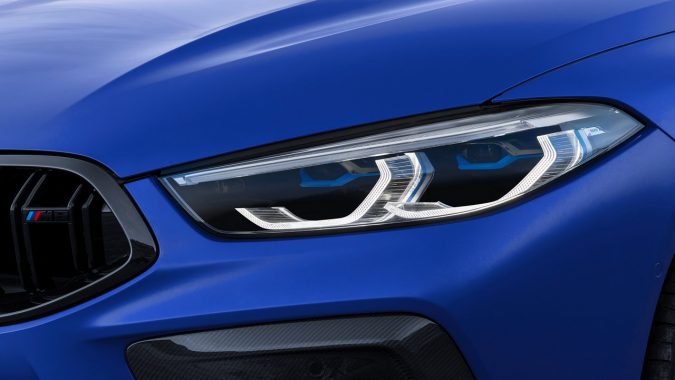 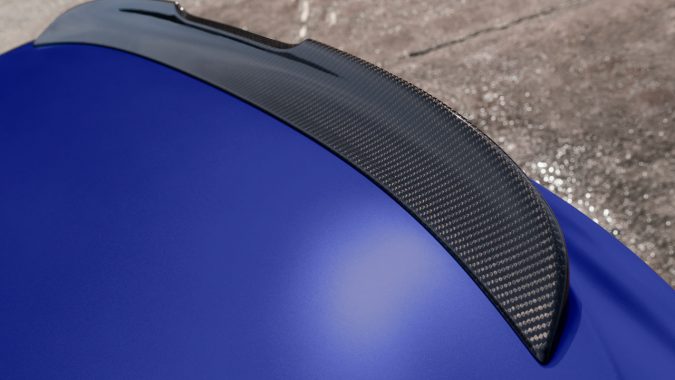 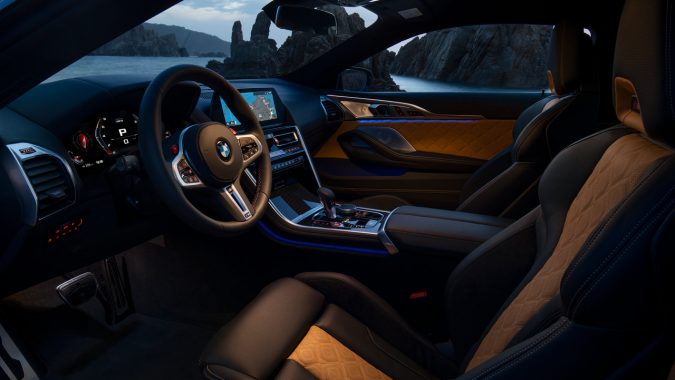 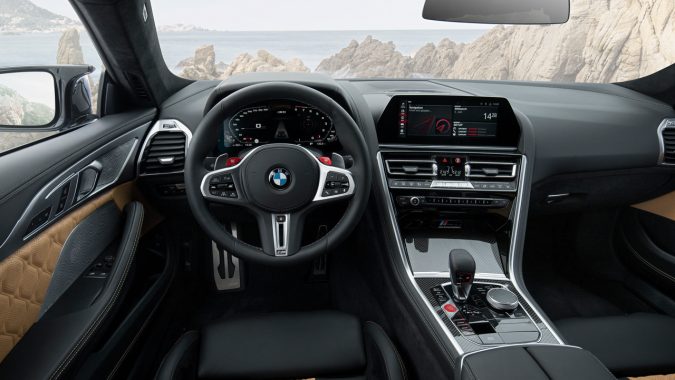 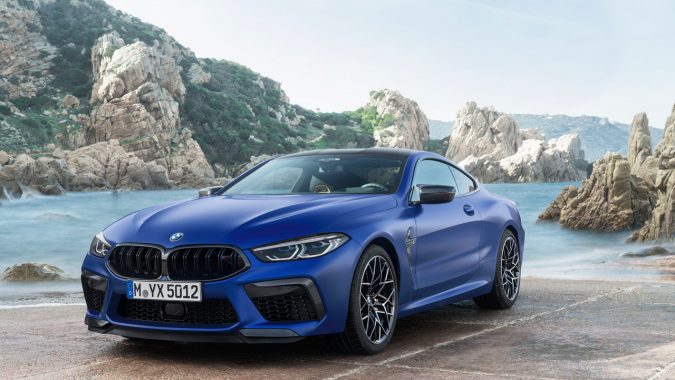 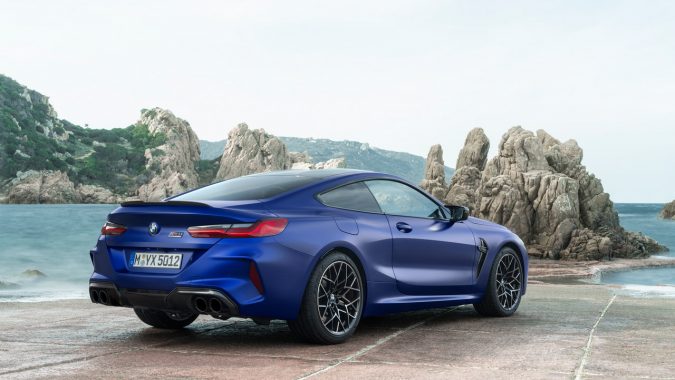