Join the Conversation (0)
BMW has a wonderful history of introducing a slick and well-balanced car, waiting a couple of fortnights, then cranking the wick on said car to eleven. This time around, they’ve created the M2 CS, four small characters which pack some serious punch.

Munich is saying the M2 CS is positioned as a high-performance model above the BMW M2 Competition, intended to build on the success already achieved by the M3 CS and M4 CS. Technically, it is the first CS-grade exclusive and limited-run machine created by the M skunkworks for its entry in the premium compact class of cars.

You want to know what’s under the hood, right? Us, too. Between the front fenders resides an inline-six displacing 3.0L and endowed with BMW’s so-called TwinPower Turbo technology. Whatever its marketing name, gearheads like you should know it makes a towering 450 horsepower, 40 more than the M2 Competition. Torque peaks at 405lb.-ft, allowing this blue streak to rocket to 100km/h from rest in just four seconds.

A six-speed manual gearbox is fitted as standard equipment (thank you) with a seven-speed M double-clutch transmission (M DCT) available as an option. Because computers are generally faster than humans, the stickshift is said to take an extra 0.2 seconds to reach 100km/h at full chat. 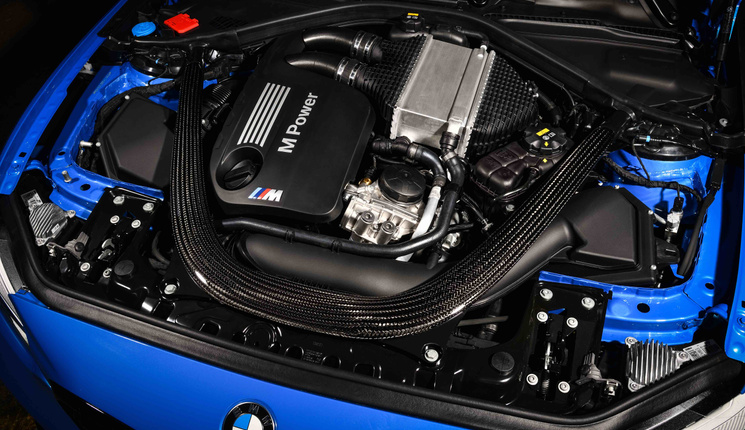 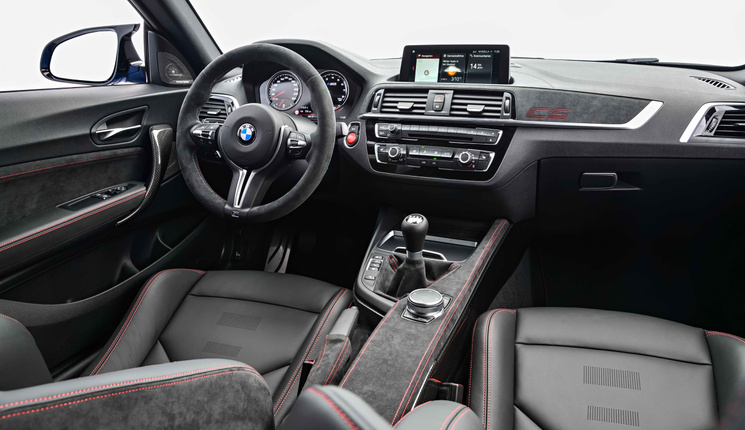 Also standard on the M2 CS is the company’s Adaptive M suspension, providing a boatload of driving modes plus M Sport brakes. Those natty M Carbon stoppers found elsewhere in the showroom are optional here as well, arresting the forward movement of those sticky Michelin Pilot Sport Cup 2 tires. Exhaust is routed through a dual-branch system with a pair of electronically controlled flaps, a feature we mention as it indicates the car will have a button that simply turns gasoline into noise. Lots of noise.

Carbon fibre is scattered around the M2 CS like rice at a wedding. A type of construction using the material to reinforce plastic is said to cut the hood’s weight by some 50% while incorporating an angry-looking central air vent. The roof is made of that carbon fibre reinforced plastic as well. Carbon fibre also sprouts from the diffusers, spoilers, and side-view mirrors.

Look for some track-based goodness to be based on this car, including a BMW M2 CS Racing model serving as BMW M Motorsport’s new entry point to amateur racing and the new Clubsport segment.

None of this is cheap, of course, with the BMW M2 CS starting at nearly 100,000 Euros when it goes on sale across the pond.