BMW i Vision Dee is a futuristic colour-changing concept car

Join the Conversation (1)
During a keynote address from Chairman of the Board of Management Oliver Zipse, BMW unveiled its i Vision Dee concept at the Consumer Electronics Show (CES) in Las Vegas. The i Vision Dee (Dee stands for Digital Emotional Experience) is a futuristic-looking mid-size sedan that aims to, in the words of BMW, “create an even stronger bond between people and their cars.”

Now, before going any further, an acknowledgement: I saw Dee in Munich last November, when BMW invited a small group of journalists for a sneak peek before its unveiling at CES. I had to wait until now to write about it, but I have some thoughts about Dee, which I’ll get into further down.

Dee is a concept so there aren’t any specs. It’s an EV, but that’s all we know. But Dee isn’t about specs, it’s about digitalization and there’s a lot of ground to cover. 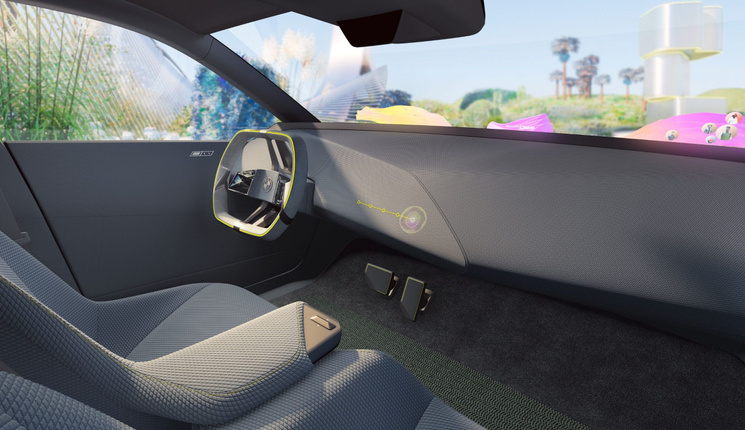 First off, the Dee’s BMW Head-Up Display covers the entire width of the windshield along the base, with pin-sharp HD graphics and full colour. The display uses a combination of mixed and augmented reality, with a variety of graphics and symbols like those found on smartphones.

During a brief presentation, Dee’s windshield displayed everything from emojis to navigation directions and even produced animations that made the outside world appear to be a lot more colourful and, to be frank, a little cartoonish.

BMW says the animation flourishes shown in the presentation aren’t necessarily what will go into production cars but is rather intended to demonstrate the technology. The company has said, however, that its upcoming Neue Klasse (new class) models that will begin arriving in 2025 will be available with a full-windshield head-up display.

The other feature of note here is the BMW Mixed Reality Slider, which works in conjunction with the head-up display. The Slider, which uses shy-tech sensors located on the instrument panel, allows the driver to adjust the level of digital content projected on to the windshield. The system uses a five-step range, that goes from minimalist analogue right up to augmented-reality (AR) projection and virtual worlds. The system also features dimmable windows that can gradually fade out reality. 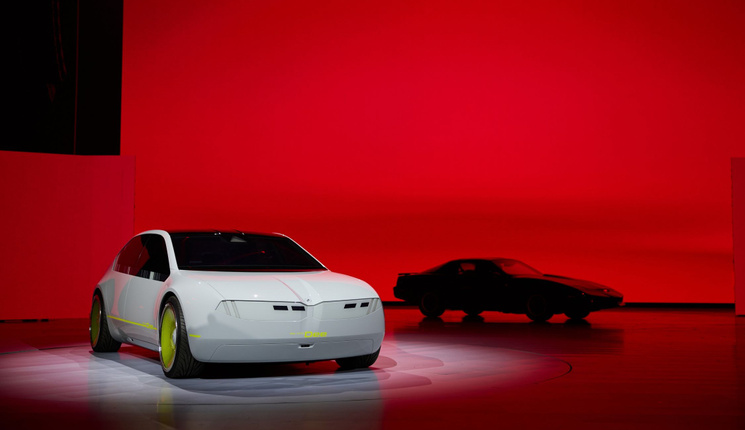 Dee’s other digital aspects extend to its exterior where a combination of lighting, graphics and sound effects greet occupants as they approach. The front of the car where the headlights and BMW’s iconic kidney grille are normally located, features an animated graphical and lighting set-up that changes to reflect Dee’s mood.

You read that last part right – Dee has moods and can display different kinds of “phygital” (combination of physical and digital) expressions. And yes, this means Dee can talk. During a walkaround in Munich, Dee was quite chatty and interjected numerous times as our small group of journalists and BMW product experts talked about the car. Its “face” expressed a variety of moods ranging from joy to astonishment and approval.

The voice, in case you’re wondering, is a virtual female voice that we’ve become increasingly familiar with over the past few years as digital technology has become further embedded in our lives. Dee’s voice is like Siri or Google Nest Hub, in that regard.

Another personalization aspect from Dee is its ability to project a driver’s avatar image on the side window as they walk up to the car.

On the design front, Dee sports a minimalist, futuristic appearance with simple, yet sharp geometric lines. BMW says it paired down Dee’s looks purposefully to focus on the car’s digitalization aspects. It still has a three-box design, but notable design hallmarks, like the kidney grille and headlights have been reimagined in digital ways. The lack of door handles and side mirrors, deep-dish wheels with no lug nuts and few surfacing breaks of any kind, really drive home its futuristic, digital aesthetic.

Inside, Dee’s minimalism continues with almost no physical knobs or switches, a squarish steering wheel and no instrument cluster, centre console or cupholders to speak of. Its fabrics are embedded with digital “buttons” that activate when touched. The steering wheel, for instance, has a crystal-like hub with touchpoints that “come to life” when brushed by one’s thumb. 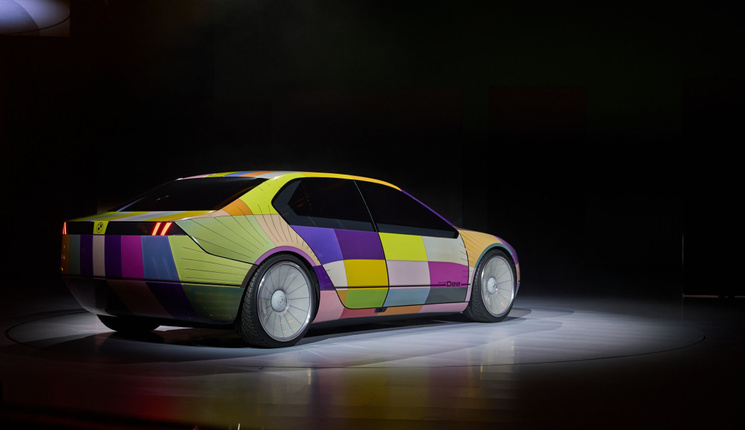 The real showstopper regarding Dee’s looks, however, is its exterior finish, which is comprised of truly mind-bending technology known as ePaper film, or E Ink. First shown at CES last year on the BMW iX Flow, E Ink (also the name of the BMW partner that makes the material) covers Dee’s entire surface area with a digital skin, of sorts, that can change colour.

While I was in Munich, BMW took us to a lab where its engineers and designers were working on this technology and conducted a demonstration of an iX Flow that changed colour from black to white and back again. In fact, it changed back and forth in so many different patterns that our group joked that you could hook it up to the car’s stereo and it would change in time with the music. The BMW folks found that notion amusing, yet also not impossible.

Our group, because we’re pesky car journalists, asked about other colours. Black and white is cool, but what would be REALLY cool is if the E Ink could change from green to red to yellow and more. BMW took us to a basement in one of its innovation labs where that very thing was being developed.

And less than six weeks later, Dee’s surfaces are changing colour at CES. In fact, the E Ink used on Dee can display up to 32 colours over 240 individual segments that cover the car’s surface, with each one controlled individually. 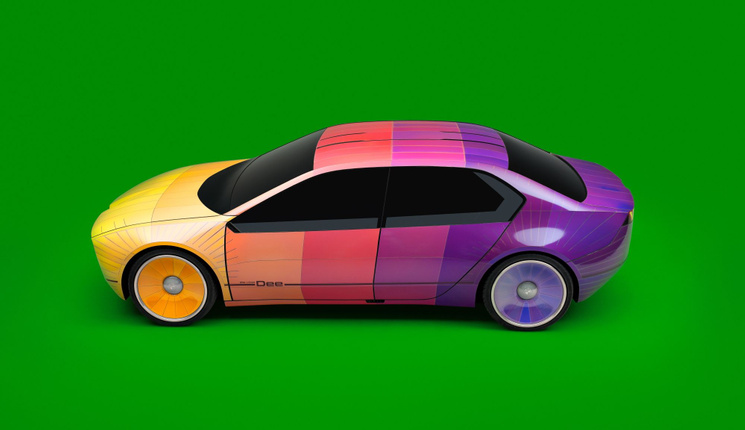 Because each segment is controlled separately, an almost infinite number of patterns can be generated. BMW worked in tandem with E Ink on the electronic control design, while the former’s engineers developed it for use on curved surfaces and programmed its animations. Of note, the iX Flow with E Ink was named to Time Magazine’s Best Inventions of 2022, an annual list of 200 extraordinary innovations.

Overall, the BMW i Vision Dee is a ground-breaking concept that reveals just how much of a disruptor digitalization may be for the auto industry in the coming years. During my time poking around at it in Munich, I found Dee to be one of the most remarkable concepts I’ve seen in my decade-plus of covering the auto industry. I simply haven’t seen anything quite like it before.

There are plenty of questions, of course. How much of what Dee carries will make it into production is difficult to predict. Will we be able to someday buy cars that can change colours on the fly? Will these cars be able to talk?

I don’t know. But the fact that BMW is working on such advanced technologies is exciting. It makes one dream a little on what is possible, and the pursuit of the possible is what drives innovation.