BMW i Vision Circular concept looks at the impact of the car, not just the fuel

The goal here is sustainability.

MUNICH, GERMANY – BMW’s i Vision Circular concept isn’t so much a look at future styling, rather a look at the future of the car. The goal here is sustainability, but not of the factory or the fuel but of the entire vehicle. It’s well into the future, a look at 2040, but one where the automobile uses fewer parts and the parts that it uses are not only able to be recycled and reused, but where they are made with secondary materials in the first place. 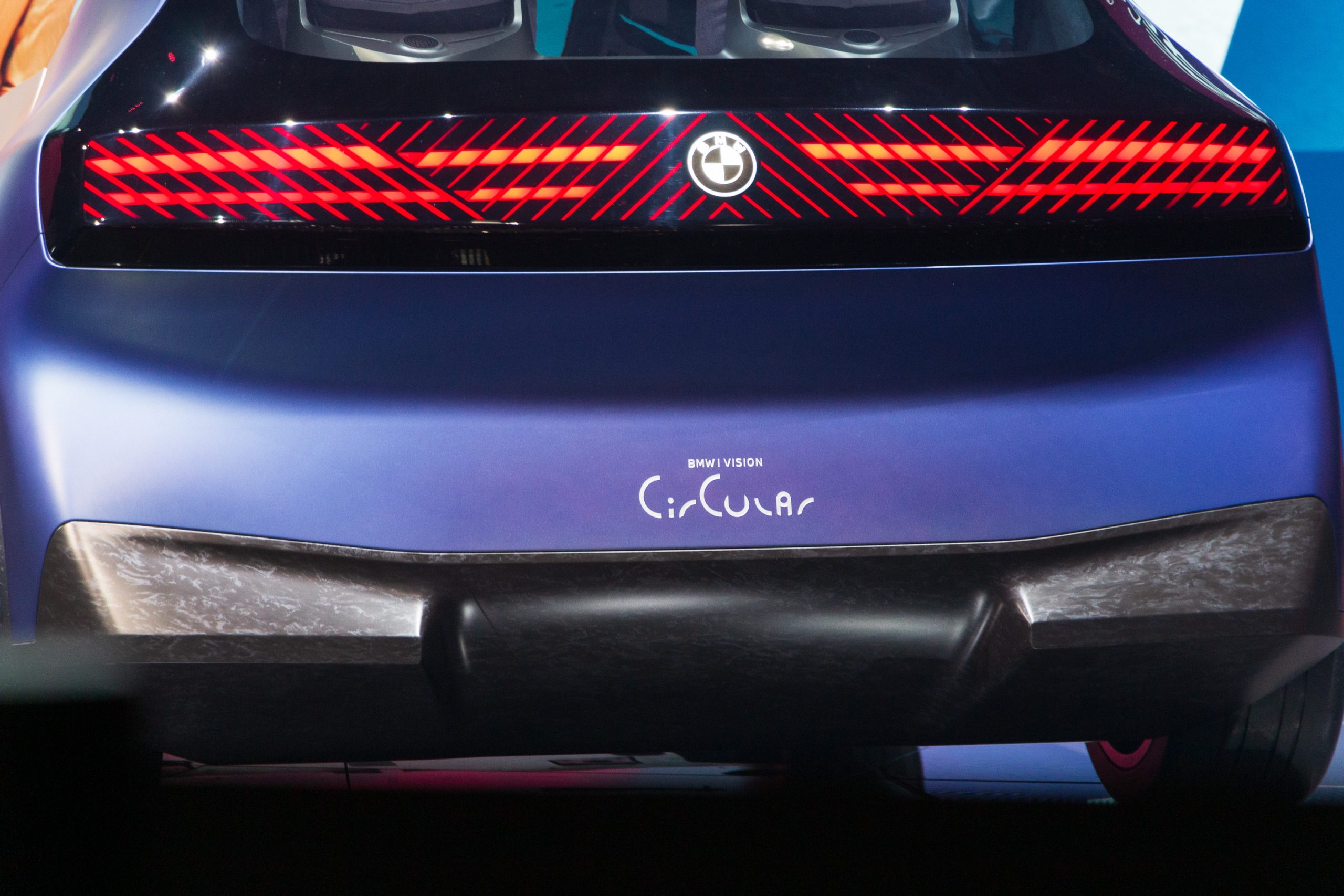 Using recycled raw materials, rather than first-use materials, slashes the carbon footprint required to produce a car. It also reduces the impact of sourcing those materials, both in terms of carbon emissions and the more direct impact on the environment that comes with getting them from the earth. BMW says current models use nearly 30 per cent recycled and reused materials, but this effort would bring that up to 50 per cent.

Part of that is a re-examining of the entire vehicle. When you use fewer parts and fewer materials, it becomes easier to make sure they can be recycled or reused. This means not just making more parts from the same material, but also getting rid of bonded connections, lowering the use of composites, and using fewer fasteners. The fasteners that are used are cords, studs, and quick-release fasteners instead of plastic clips.

BMW has even ditched the badge on this one, the BMW i Vision Circular logo is etched into a body that isn’t painted but is instead anodized. The nose slashes parts by using a digital face instead of traditional kidney grilles and trim. It still gives the car a BMW face, but moves it well into the future. The single panel also includes the headlights. 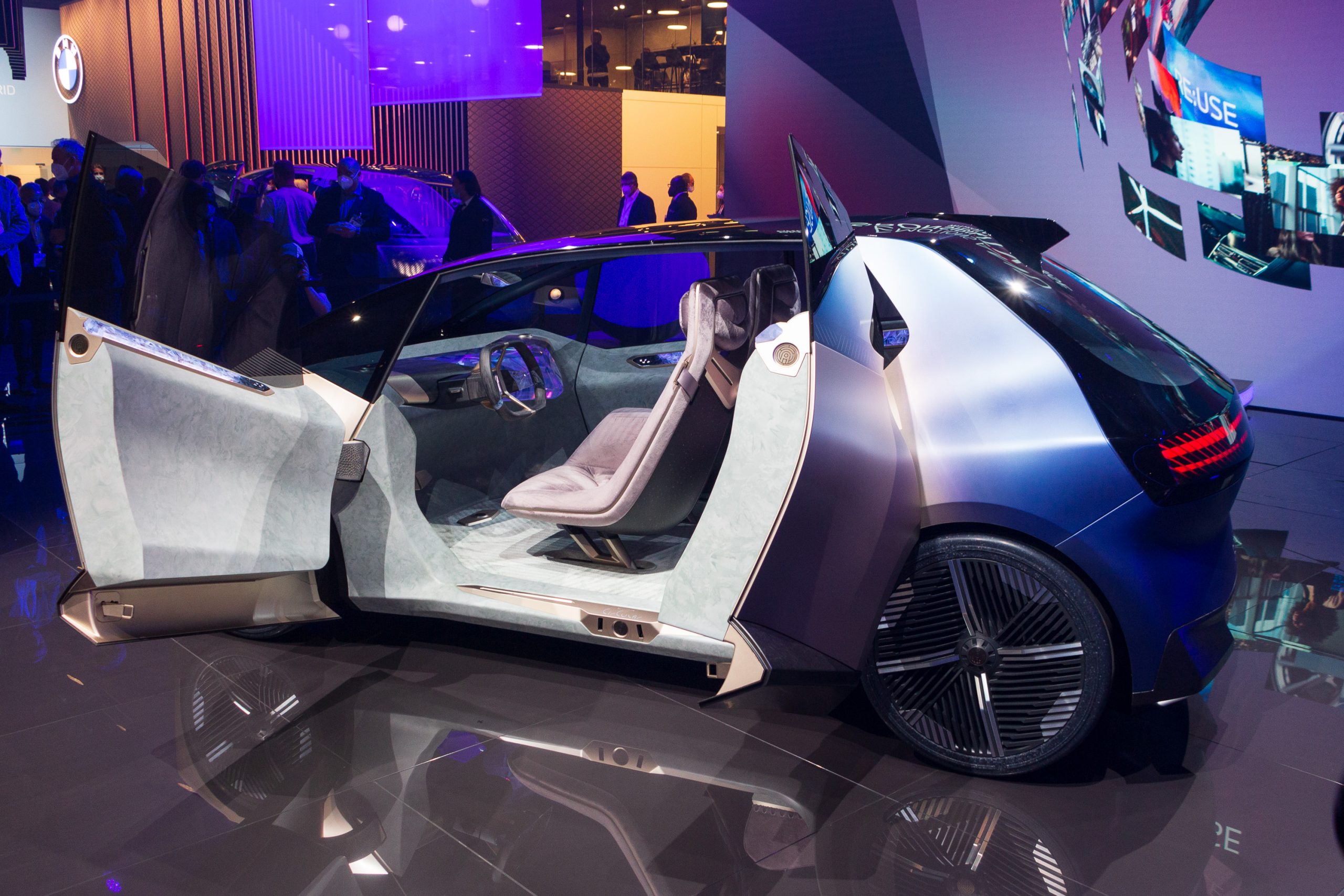 Tires are sourced from sustainably cultivated rubber, which gives them their strange appearance. Recycled rubber particles are added which strengthens the tire and adds to the cool effect. The wheels they’re mounted on use a single quick-release fastener, of the same type used on much of the rest of the car.

Inside is almost 1970s plush, but the velvet-like seating is made from recycled plastic. The seats use a mono-post base and offer fore and aft adjustment, all reducing the number of components. The slim shells use fewer parts and materials but increase rear legroom at the same time.

The instrument cluster is a 3D-printed crystal with structures inside meant to look like nerves. It adds depth as well as a lighting signature meant to draw in the driver. Beside the crystal is naturally treated wood that is responsibly sourced. 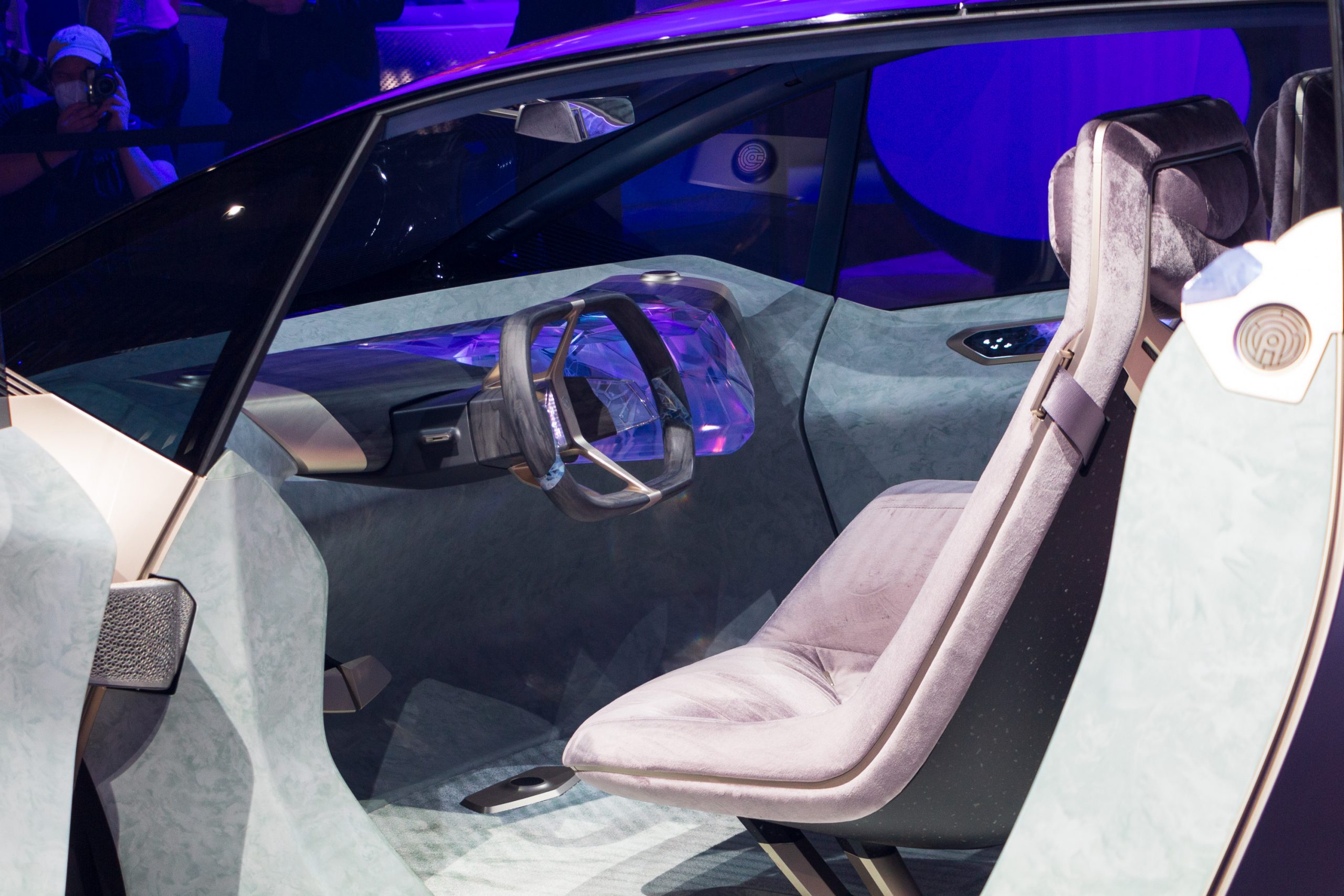 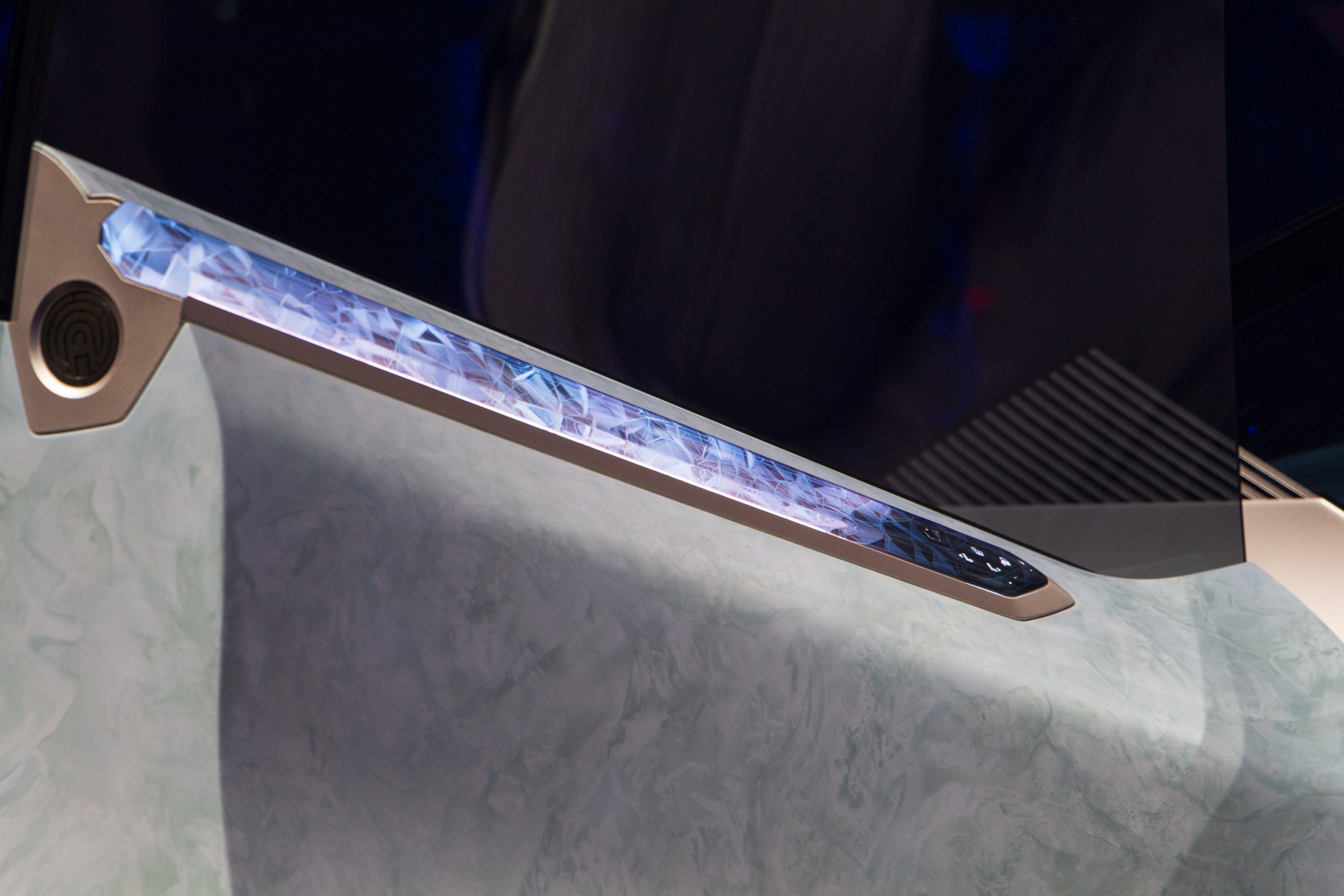 BMW has even recycled and reused the sounds of the electric concept. Designed by award-winning composer Hans Zimmer, “the idea was to combine different samples to keep injecting new life into the sounds inside the vehicle, in the same way its materials get a new lease of life,” he said. Different samples and loops are reused to create unique sounds.

Fewer parts, more recycling, and a lack of parts made from first-use materials. It’s just part of what automakers will have to do to hit their carbon-neutral goals and to work to help curb climate change.