The Gran Coupe version of the new 8 Series adds two doors to the coupe as well as putting a big hunk of metal between the axles.

If you’re having trouble keeping track of the dizzying array of models that BMW is currently offering then we can’t blame you. All you need to know about this latest one is that it’s a fast one. With four doors. But it’s not that one, it’s the coupe. Yeah, the Gran Coupe. Confused? Sorry, but 625 hp will do that to you. It’s the M8 and the M8 Competition versions of the 8 Series Gran Coupe.

The Gran Coupe version of the new 8 Series adds two doors to the coupe as well as putting a big hunk of metal between the axles. 201mm more length to give rear passengers more space, and 231 mm longer overall. That makes it just 22 mm shorter than a short-wheelbase 7 Series, by the way, so it should tell you how much rear legroom there really is.

But that’s beside the point because this is the M. Which means it’s not about the back seat passengers, it’s about the driver. And going really quickly. To that end, the M8 Gran Coupes get the same 4.4L twin-turbo V8 as the M8 not so gran coupe. The engine puts 600 hp on tap for the standard version and 625 for the Competition. Which thanks to the M–tuned eight-speed automatic, all-wheel drive, and an Active M rear differential means 0-100 km/h in as little as 3.2 seconds. 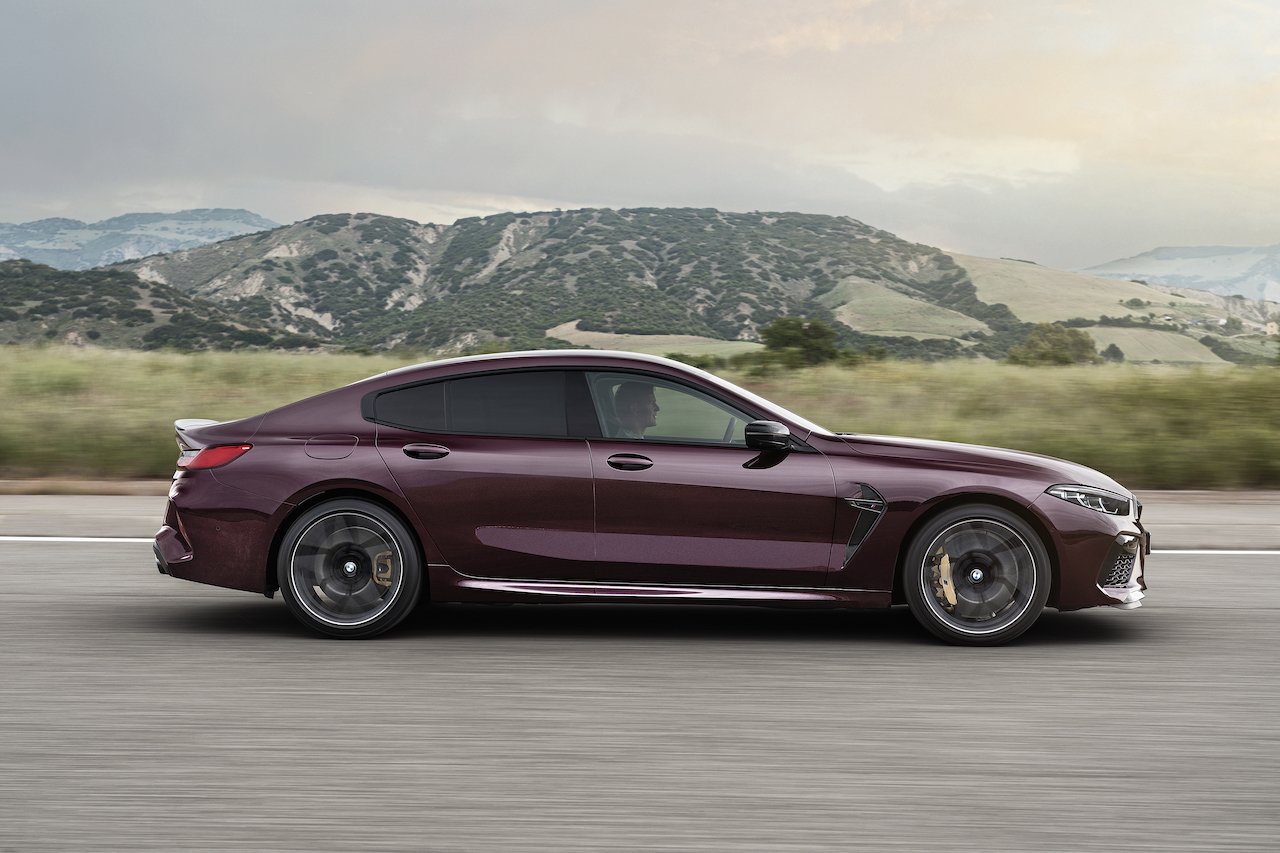 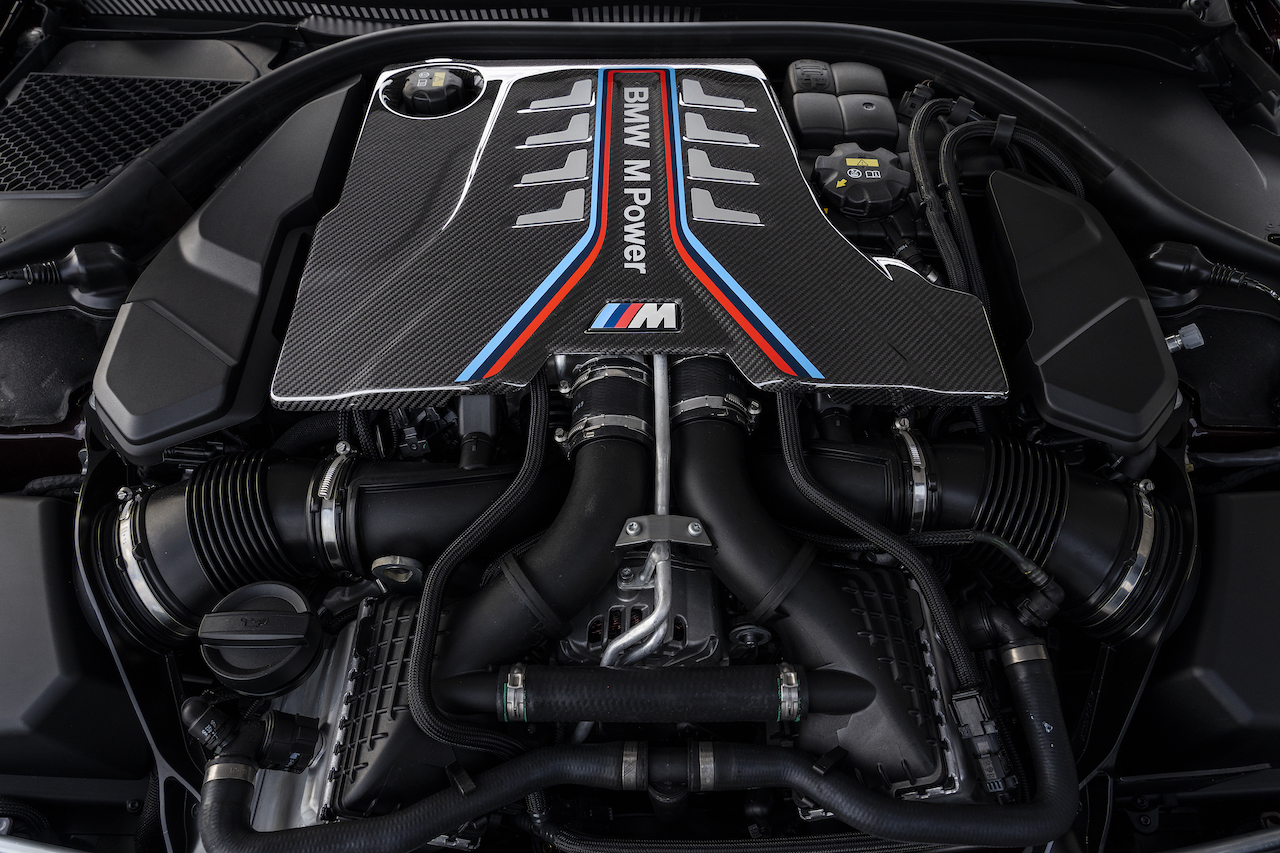 BMW’s all-wheel drive system lets you pick rear-drive only if you want things to get a little more sideways, but that’s not the only chassis trick the M8 Gran Coupe has in-store. There are electronically controlled dampers at all four corners. With M-specific steering and a braking system that lets you pick how much brake feel you get.

The exterior’s been M’d up with bigger openings in the nose and a more aggressive front spoiler. Plus loads of black trim like the kidney grilles, mirror caps, and a roof made from carbon fibre. A run of special first-edition cars will get that special green metallic paint from the photos and gold bronze accents including the window trim. 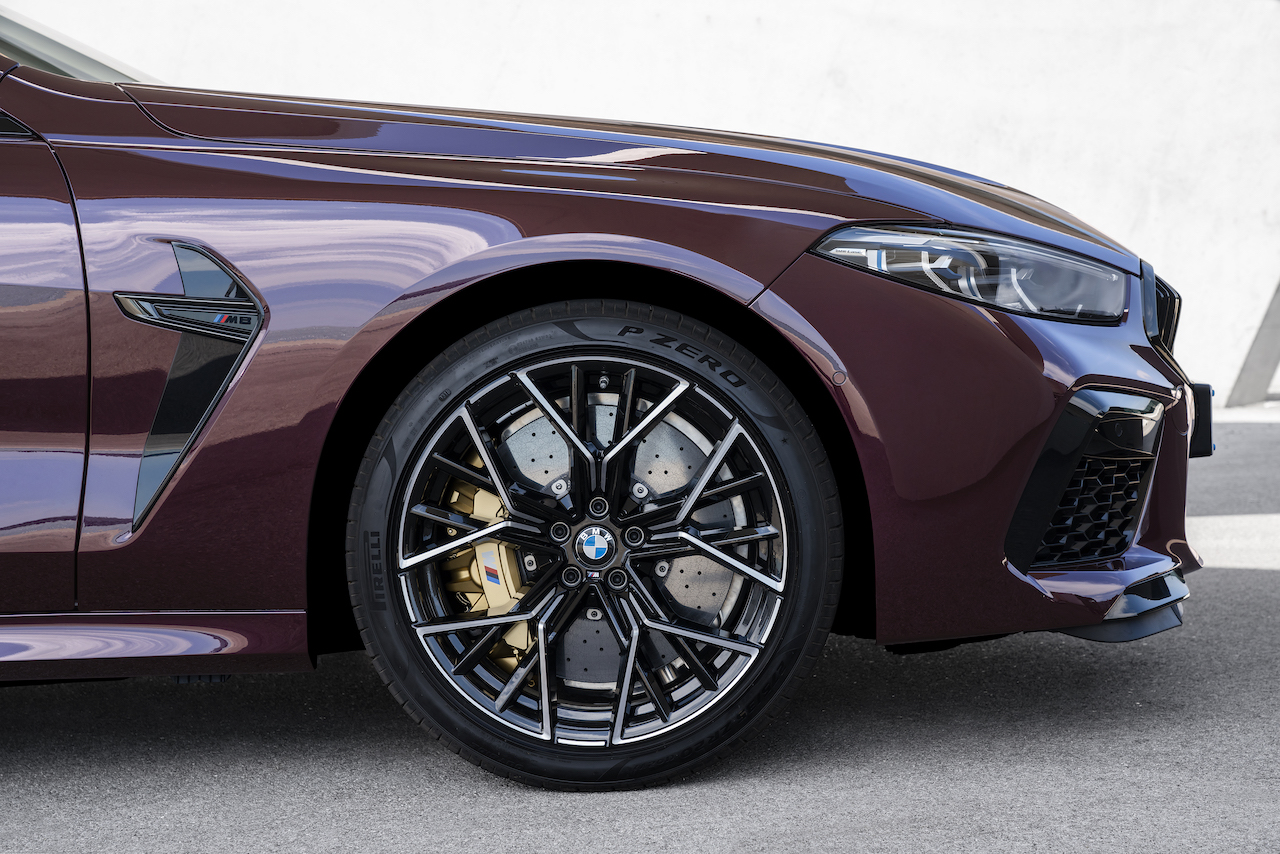 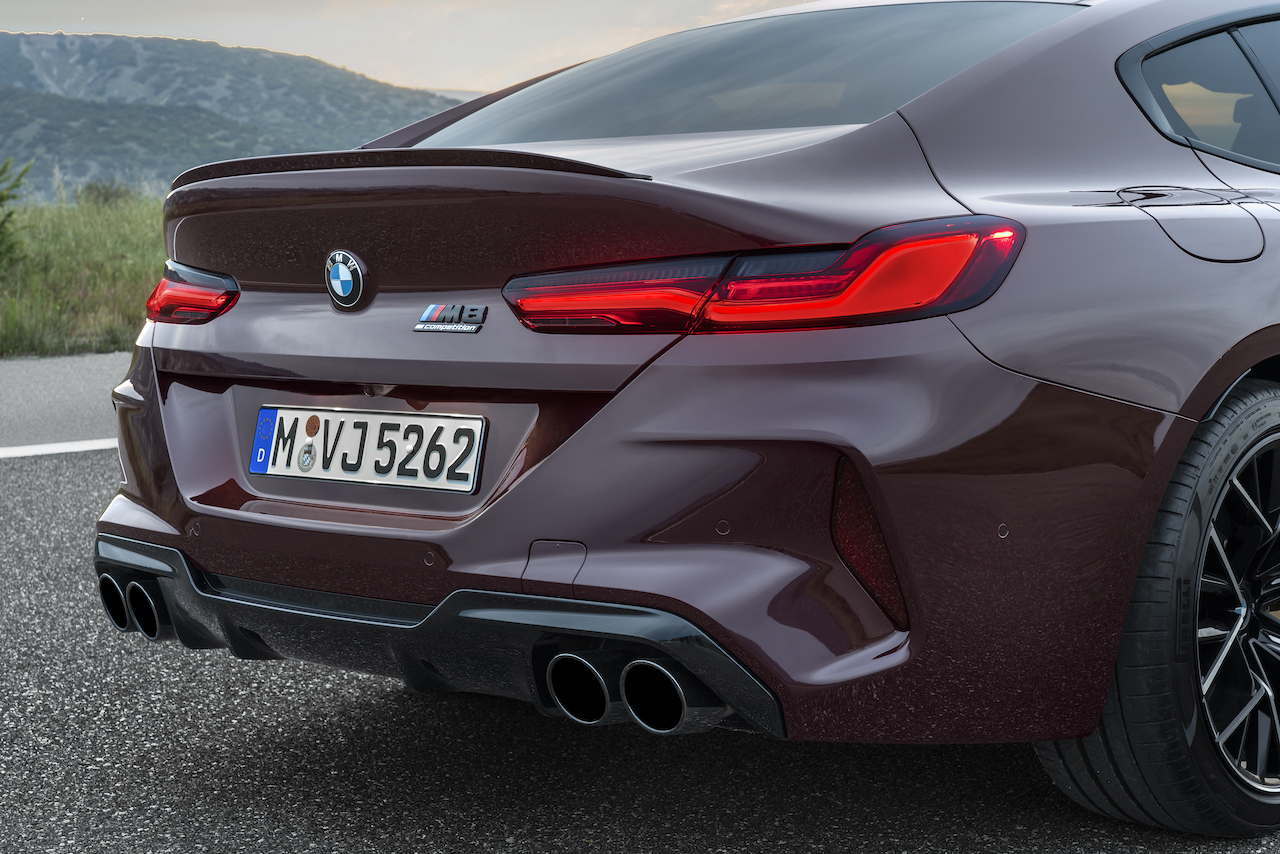 Inside, the M8s will get sports seats front and back, though obviously the front ones are a bit more heavily bolstered. They’re leather with 3D perforated quilting, and buyers can get an illuminated M8 badge in the headrest that’ll light up the hairs standing on the back of their neck.

BMW’s given the car special M gauges and M displays for the head-up display that it says help the driver enjoy the driving experience and help them control the car at the limit.

The M8 Gran Coupe and the M8 Competition Gran Coupe are set to start production later this year, and we’d expect them at dealers in early 2020. 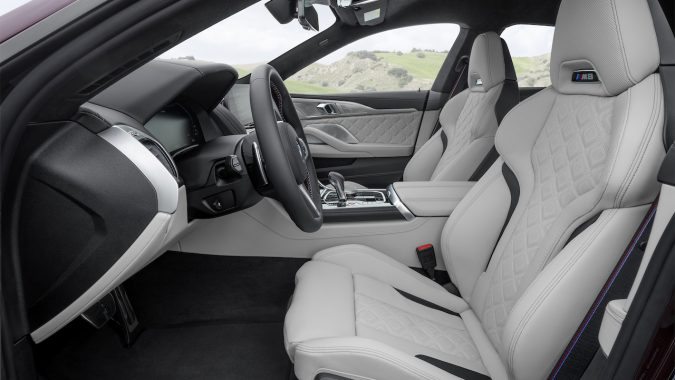 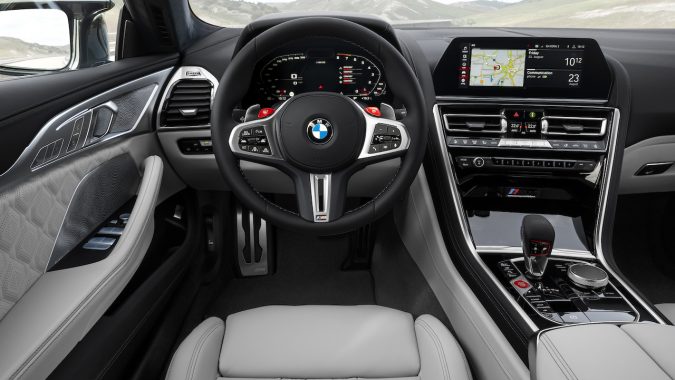 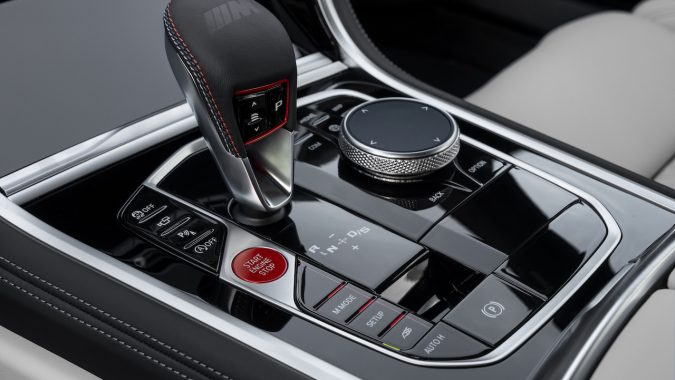 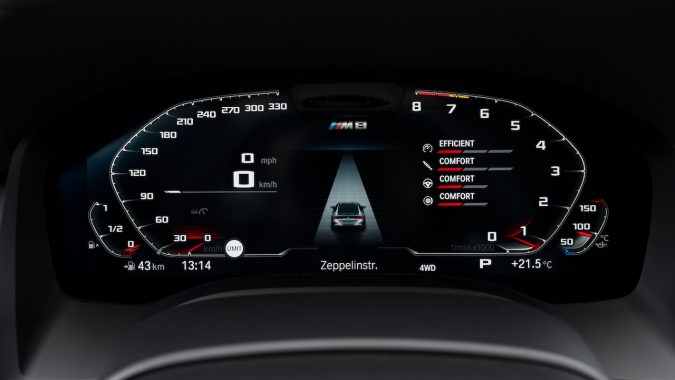 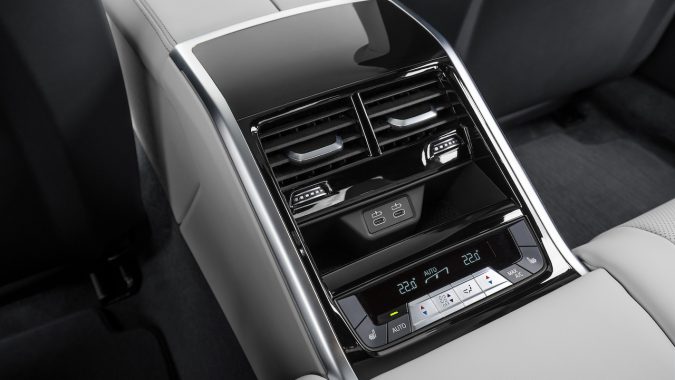 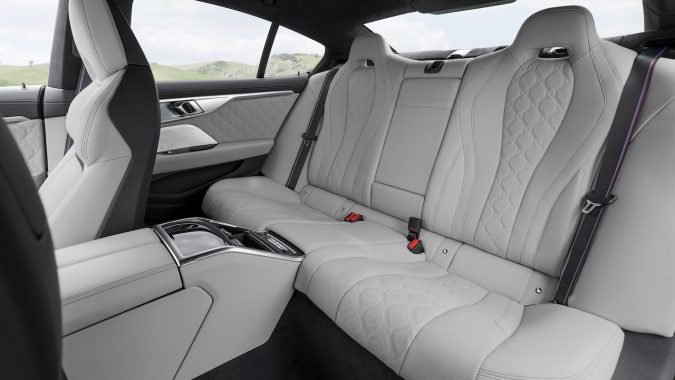 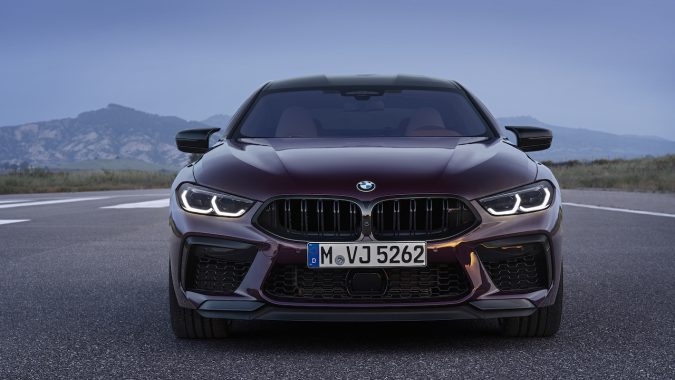 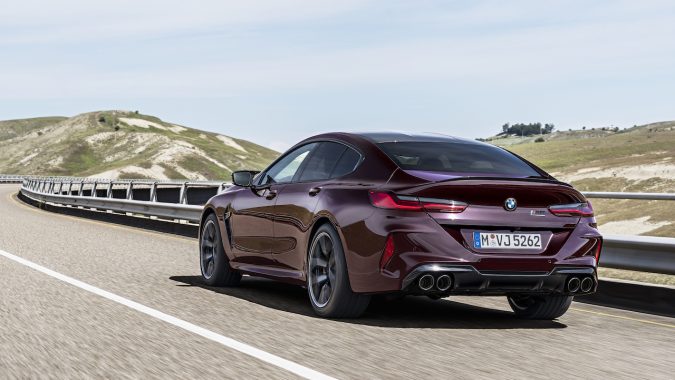 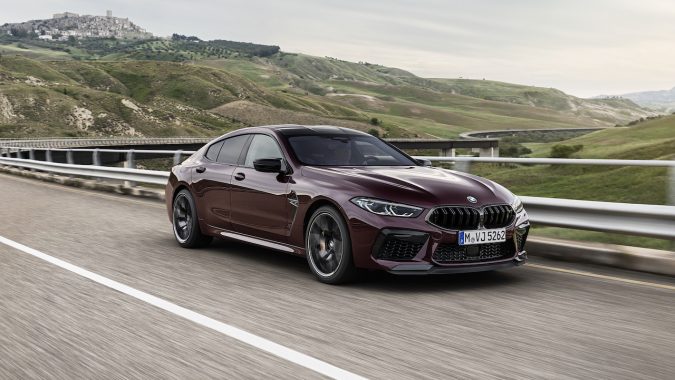