The BMW Concept i4 brings electrification to the core of the BMW brand,”

BMW’s Concept i4 is a look at the production electric i4 set to arrive next year. It’s a smoother, less busy car than BMW’s latest offerings, but despite not putting a radiator behind it there are still two massive kidney grilles. With new names.

“The BMW Concept i4 brings electrification to the core of the BMW brand,” says Adrian van Hooydonk, Senior Vice President BMW Group Design. “The design is dynamic, clean and elegant.” He calls it a perfect BMW, and while we certainly like the shape, that’s a bold statement to make.

Behind the big new blanked-off kidney grilles of the four-door coupe are a load of sensors for various new in-car tech. BMW now calls the grille an “intelligence panel” though they don’t say exactly what the sensors are for. BMW says this car is the first look at the brand’s new styling, and we’re looking forward to more cars sculpted like this one.

Inside, the Concept i4 bucks the current trend of going fully autonomous with concepts, and instead is focused primarily on the driver. The massive BMW Curved Display is an extremely wide way to show the driver the information they need, and it’s all touch controlled. The display uses non-reflective glass which means that BMW doesn’t need to shroud the dash. So instead there’s the top of a screen and an excellent view out the front of the car. 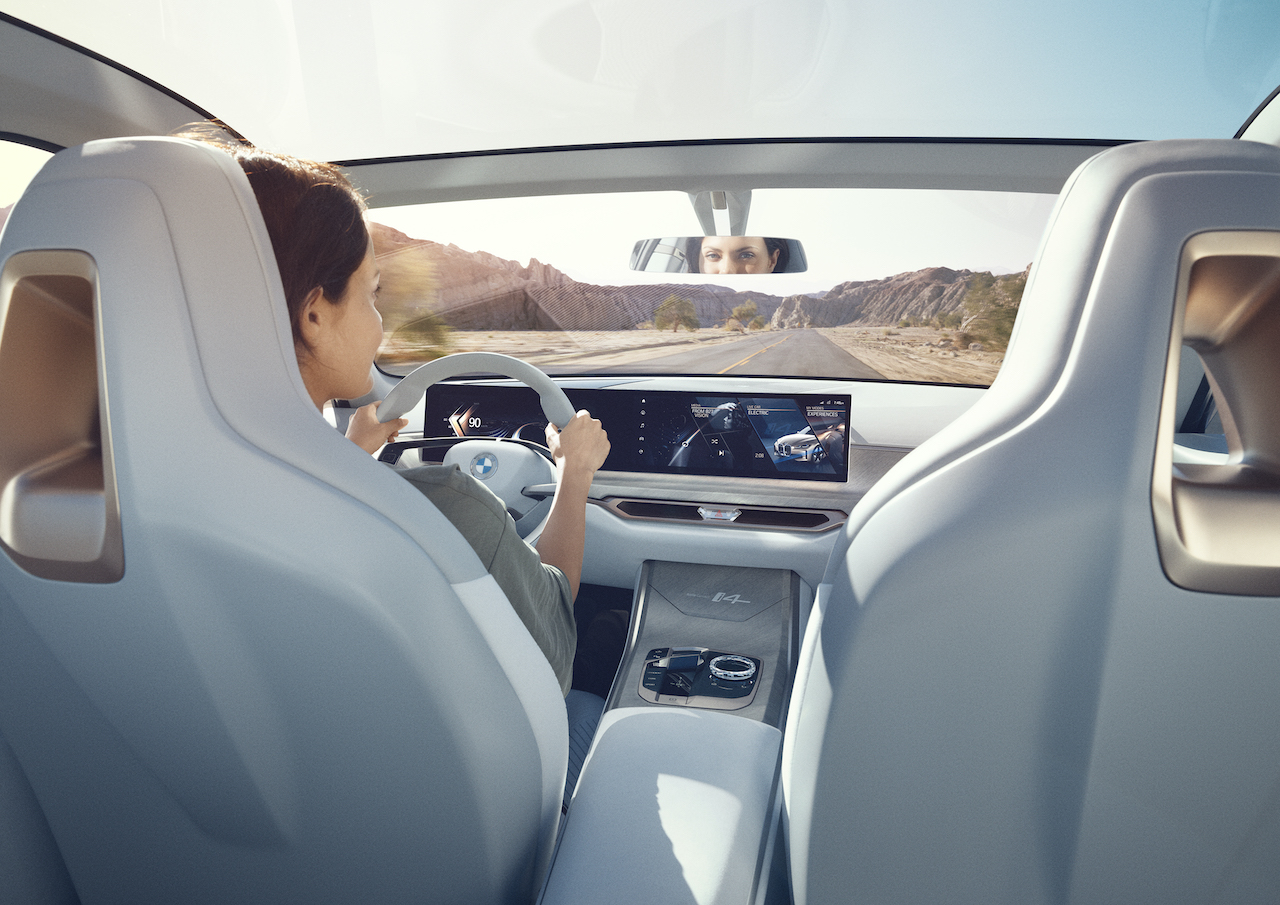 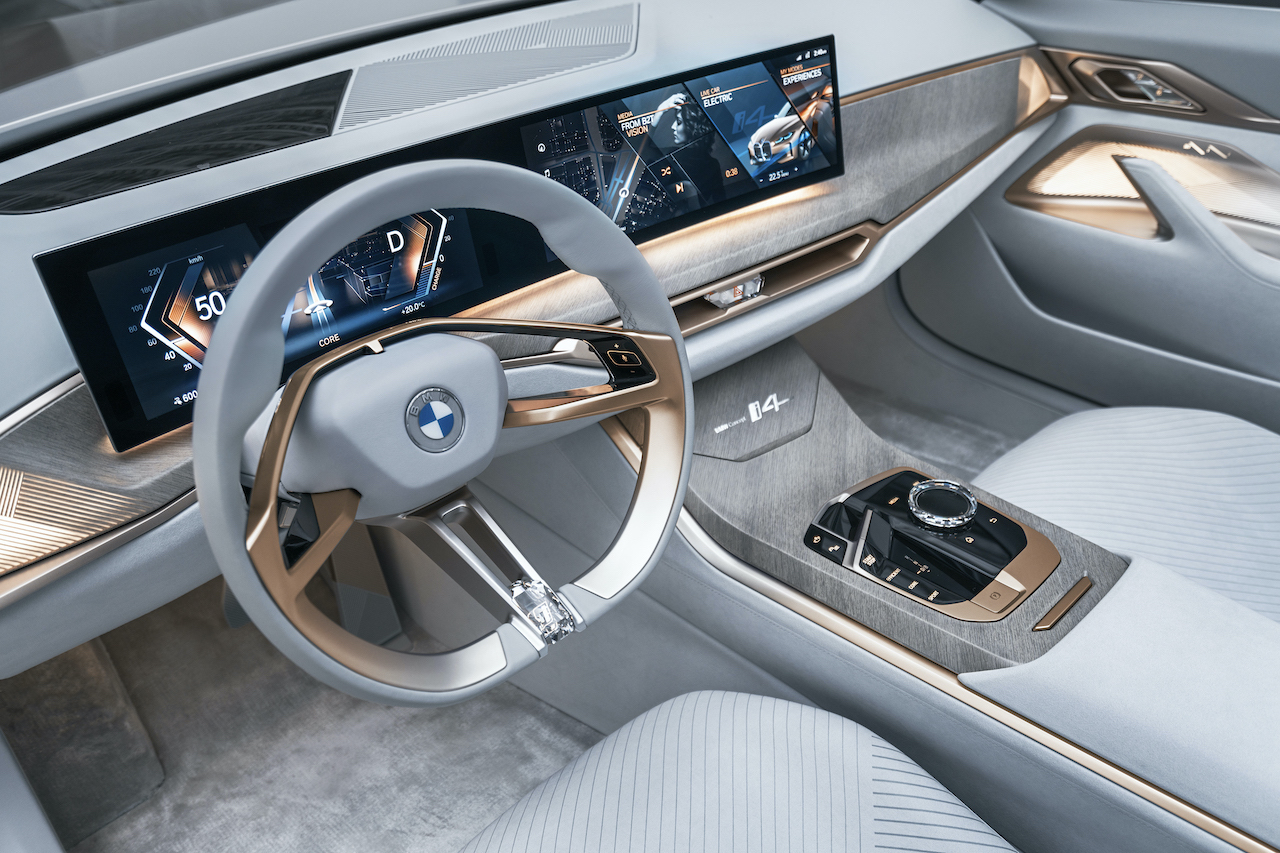 Even the climate controls in the new system are entirely in the touch screen system, with BMW working to reduce the number of actual controls to a minimum. There is still an iDrive controller, but a toggle replaces a traditional gear lever. That controller, as well as the seat controls, are finished in clear glass. The big seats with integrated headrests and cutouts are made with microfibre and natural leather tanned with olive leaf to improve sustainability.

This is a concept for an upcoming electric model, so it has the electric driveline expected for the iX3 and production i4. Here, the fifth-generation eDrive tech comes in the form of a 530 hp motor and an 80 kWh battery that the company expects to offer a range of up to 600 km on the WLTP test cycle. The real i4 is set to start production next year, meaning we should see the real thing very soon. 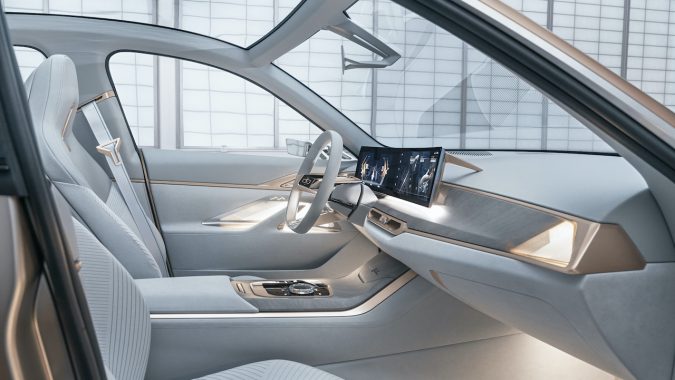 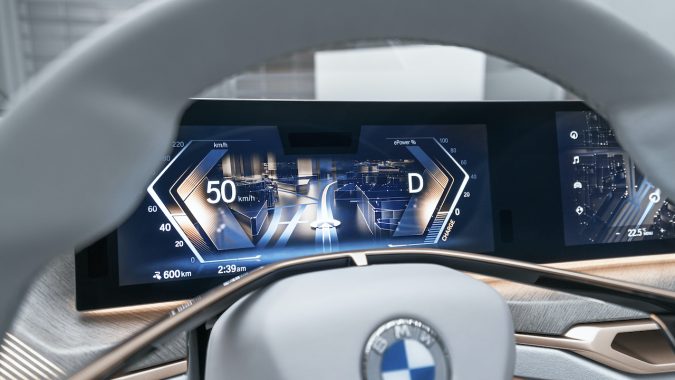 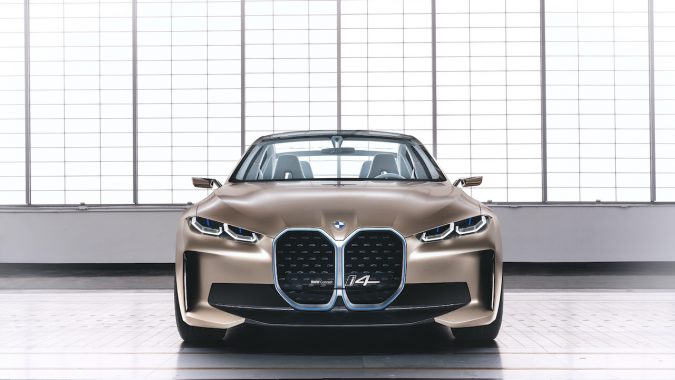 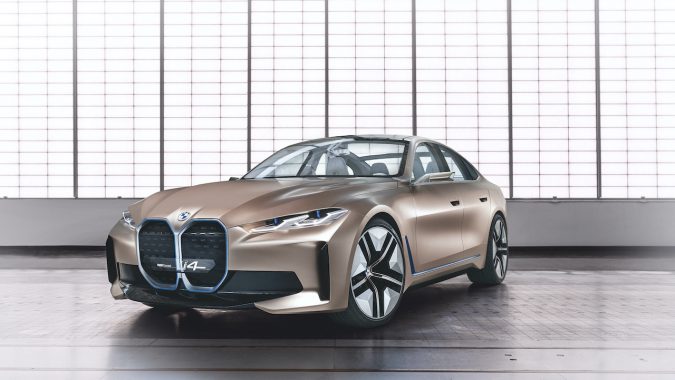 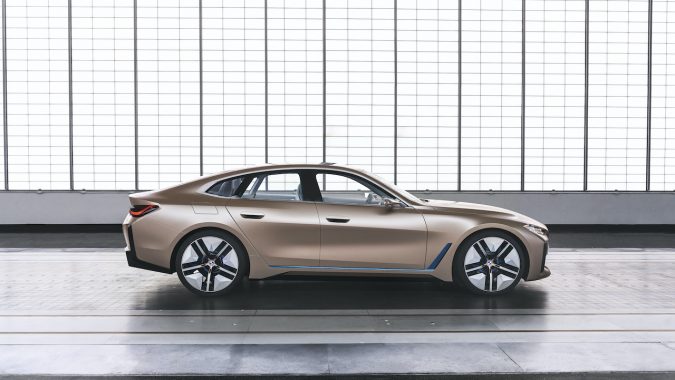 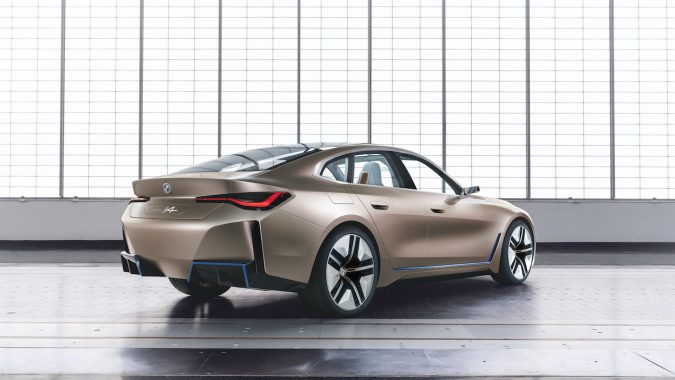 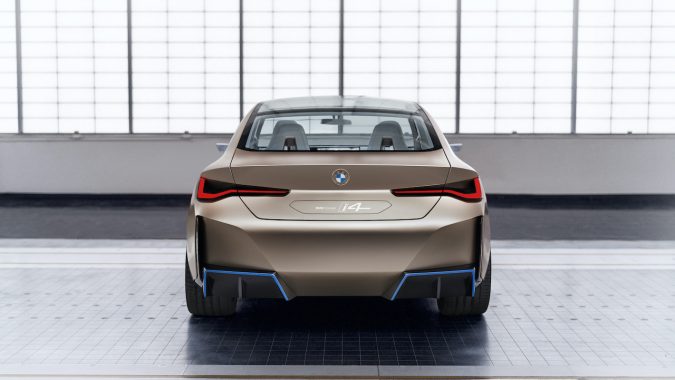