The newly announced R 18 is not only BMW Motorrad’s first cruiser but also its most powerful boxer engined motorcycle.

Like no other BMW motorcycle before it, this model stands entirely in the tradition of historical BMW motorcycles – both technically and in terms of design style.

The centerpiece of the new BMW R 18 is a newly-developed two-cylinder boxer engine – the “Big Boxer”.

Both its impressive appearance and its technology reflect a continuation of the traditional air-cooled boxer engines that have offered an inspiring riding experience for more than seven decades, since BMW Motorrad began production in 1923.

The most powerful two-cylinder boxer engine ever used in motorcycle series production has a displacement of 1802 cc. The peak power output is 91 hp and 116 lb/ft of torque.

The centerpiece of the suspension in the new R 18 is a double-loop steel tube frame.

Its design perpetuates the longstanding BMW Motorrad tradition of this frame type. Outstanding manufacturing quality and a meticulous attention to detail is also evident in unapparent features such as the welded joints between the steel tubes and the cast or forged parts. 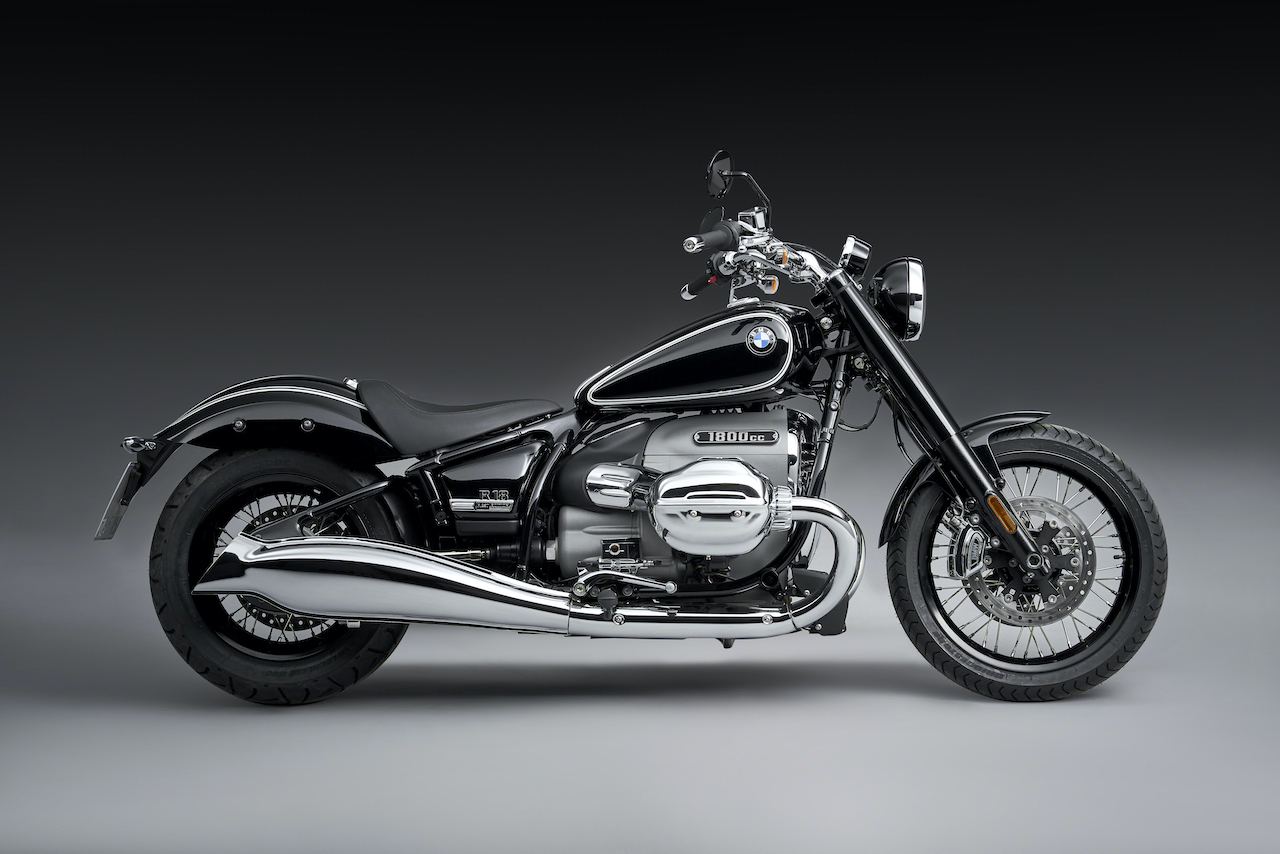 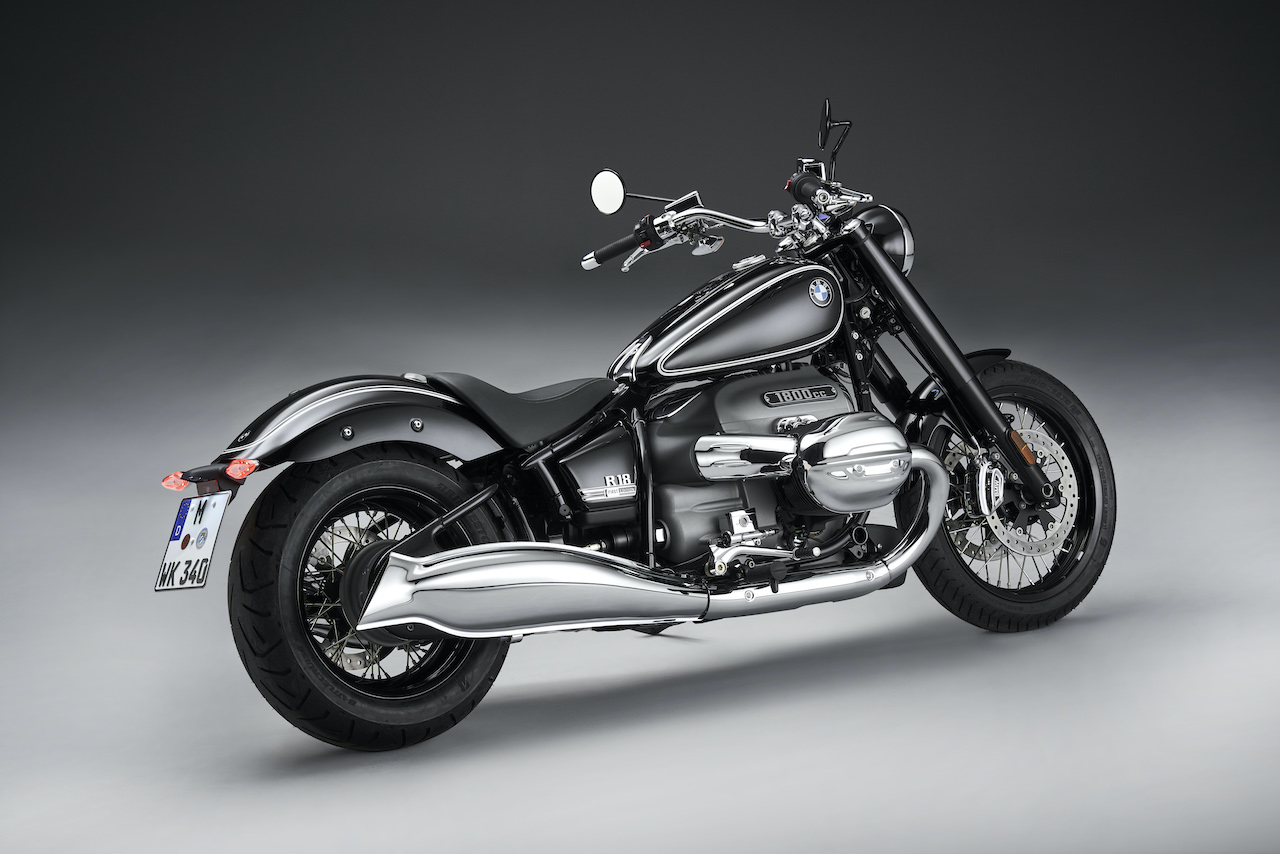 Like the legendary BMW R 5, the rear swing arm – surrounds the rear axle transmission in authentic style by means of bolted connections.

The new BMW R 18 braking system features twin discs in front and a single disc brake at the rear in conjunction with four-piston fixed calipers.

In addition, the new R 18 is equipped as standard with engine drag torque control (MSR).