BMW introduced a pair of new models at the Detroit Auto Show 2016, each flanking the display of a stunning classic model.

DETROIT — Celebrating their 40th year in America and coming off the company’s best-ever sales year, BMW introduced a pair of new models at the North American International Auto Show, each flanking the display of a stunning classic model.

The opener was the slinky new BMW X4 M40i, a four-door crossover that combines utility with a roofline inspired by a sports coupe. Of course the M badge connotes performance and the X4 M40i boasts a specially tuned 3.0L straight six that generates 355 horsepower. 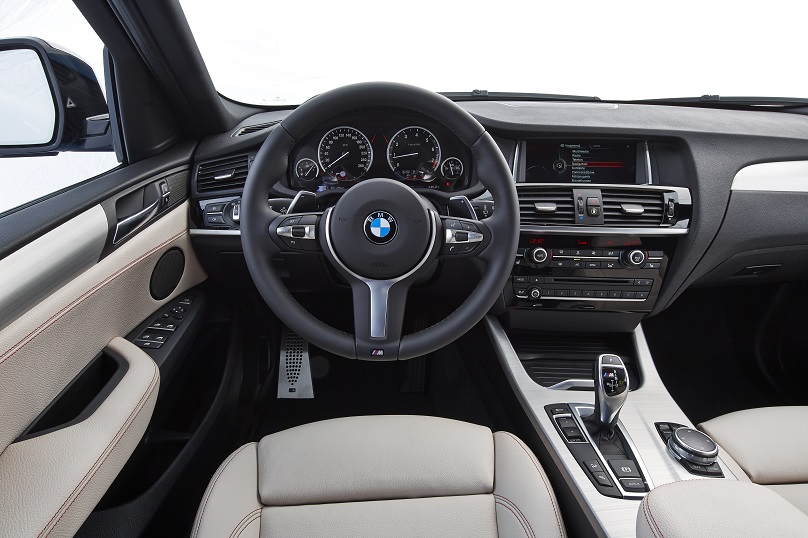 So equipped, the vehicle is said to cover the 0-100 km/h sprint in just 4.7 seconds. That was supercar level performance not so long ago.

The X4 M40i will arrive in Canadian showrooms this spring, with a retail price beginning at $59,700.

RELATED: BMW M3 / M4: From fast and tricky to fast and friendly

The car that began North American enthusiasts’ love affair with BMW four decades ago was the diminutive 2002. It was a tiny shoebox that was fun to drive, yet offered passenger comfort and cargo space normally reserved for a much larger car.

The 2002 changed the way that we looked at sporty cars. The pinnacle of that model’s development was the 2002 Turbo, a car that inspired the now iconic BMW M3.

BMW brought a perfectly restored example onto the stage to introduce its spiritual descendant, the first ever BMW M2. The muscular looking coupe is also powered by a 3.0 L straight six, in this case, a twin turbo version which generates 365 horsepower.

Performance figures were not discussed, but this is a full M car, not an M package, so we can expect the M2 to be a strong performer when it hits showrooms in April.

Slotting in beneath the more expensive M4 in BMW’s product line, the M2 may be considered one of the best performance values on the market, with a base price of $61,000. Available with a quick shifting double clutch transmission as an option, kudos must be given to BMW for acknowledging that many enthusiasts still want a manual transmission.

I sat down with head of BMW M product management, Carsten Pries, who explained just how important the Canadian market is to the M brand.

For 2015, Canada sat in fourth position in the M sales charts, ahead of the massive Chinese market, showing that Canadian enthusiasts have a strong passion for M cars.

Freelance writer Gary Grant is a regular contributor to Toronto Star Wheels. To reach him, email wheels@thestar.ca and put his name in the subject line. Detroit Auto Show 2016