Two plug-in hybrid (PHEV) versions of its flagship 7-Series able to travel at speeds up to 68 mph in all-electric mode.

There is a choice of two model variants: the BMW 745e and the BMW 745Le xDrive, the latter of which gets intelligent all-wheel drive.

The plug-in hybrid system consists of a six-cylinder in-line gasoline engine and an advanced high-voltage battery with an enlarged capacity compared to previous plug-in models.

This gives a boost in power output and torque, as well as improved figures for electric range, fuel consumption and CO2 emissions. 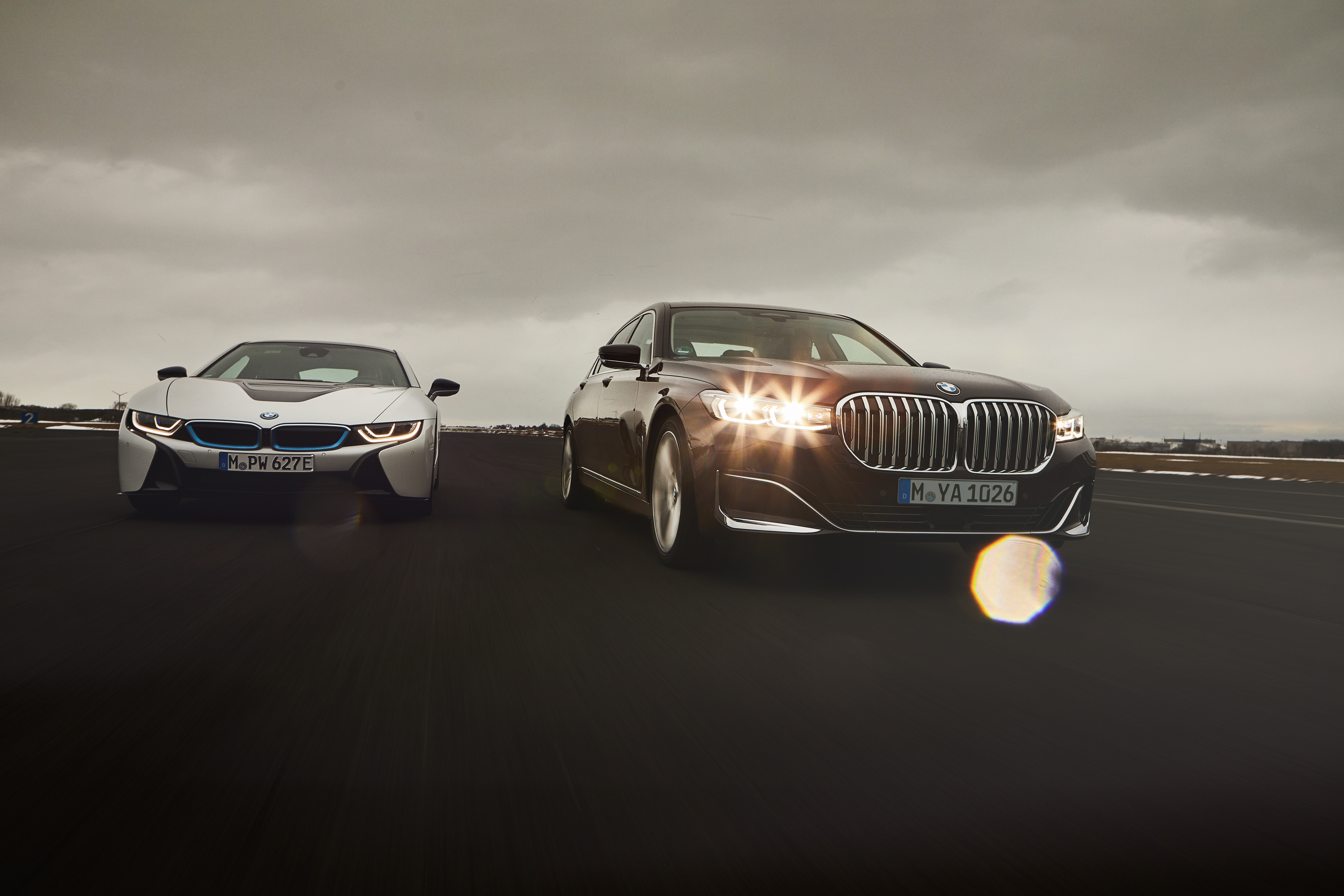 In SPORT mode, the two power sources combine to give a total power output of 394 hp and maximum torque of 442 lb/ft, giving the 745e sports car-like acceleration.

The hybrid system features intelligent energy management for precisely controlled interaction between the two power units, including a preview function that works with the car’s GPS to assign electric power most efficiently on a pre-planned route.

In performance terms, the 745e accelerates from 0-100 km/h in 5.2 seconds. The new 745Le xDrive, with its intelligent four-wheel-drive, cuts that time down to just 5.1 seconds, with all three models electronically limited to a top speed of 155 mph.

The new high-voltage lithium-ion battery for the plug-in hybrid 7-Series has an increased capacity of 12.0 kWh, allowing electric power to be enjoyed beyond the city limits.

In HYBRID mode, all models can travel at a speed of up to 68 mph – 13 mph faster than the predecessor models – in purely electric mode. 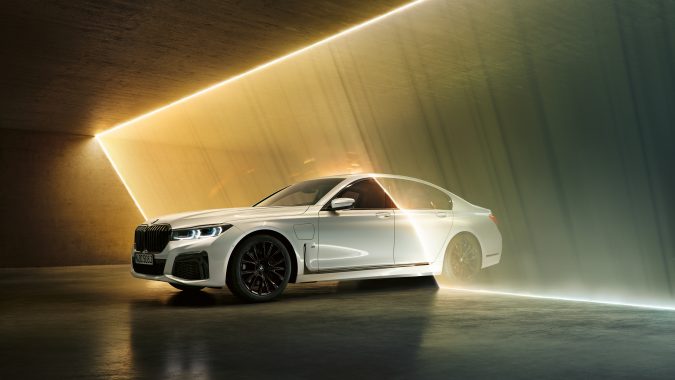 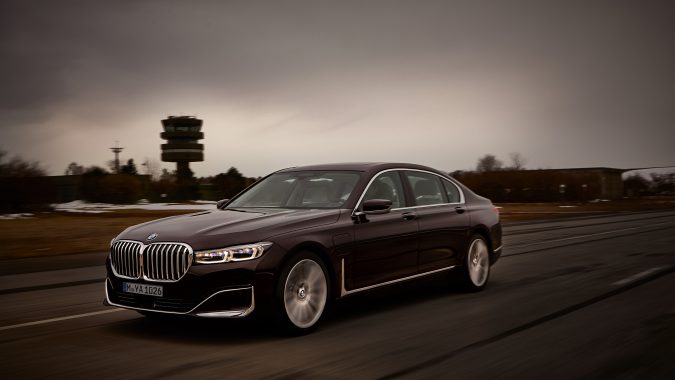 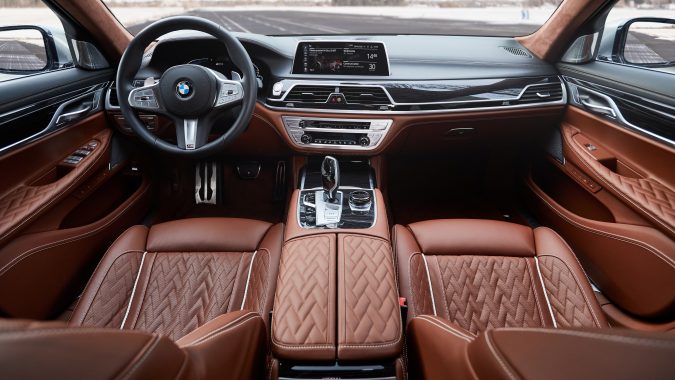 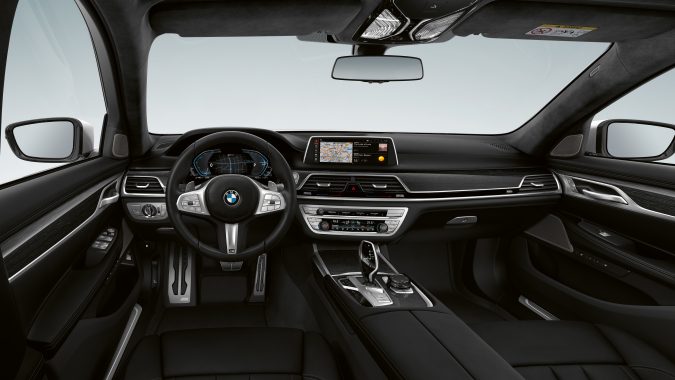 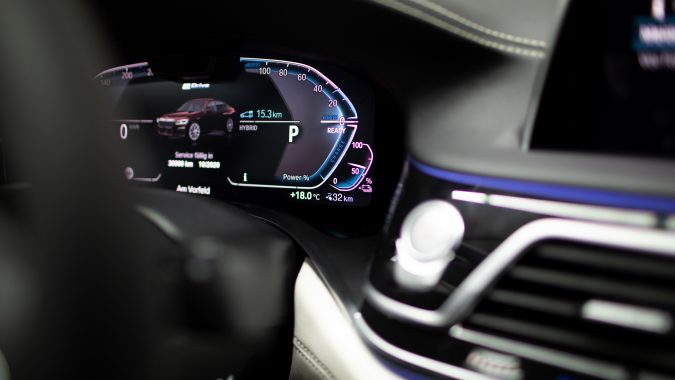 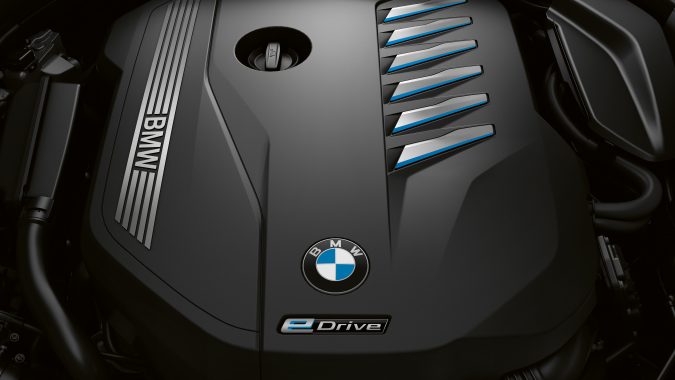