all vehicles with BMW Operating System 7.0 will get it

The number of automakers offering up Apple CarPlay but not Android Auto phone connectivity has just dropped by one. BMW has announced that their vehicles will be getting the feature starting next summer, with an extra bonus. It’ll be wireless.

The new software offering gives users a phone-like interface on their increasingly large in-car infotainment system displays. A simplified version of your phone, that’s the same in any vehicle that offers the feature, letting you more easily access music, maps, podcasts, and even text messages and Google Hangouts without the need to pick up your phone. It’s far from new, and both Apple CarPlay and Android Auto come as standard on the vast majority of vehicles sold today. But some, like BMW, held out on the Android version.

It also allows for better integration of the Google Assistant to get directions, ask questions, and even turn on the lights in your home while keeping your hands on the wheel.

Like BMW’s implementation of CarPlay, which was the first to offer this feature, BMW’s Android Auto will be wireless. No more need to plug your phone into the car in order to take advantage of the connection. While this has been available in the aftermarket for some time, it’ll be among the first times it’s been offered in a new vehicle. Android Auto will be integrated into not just the infotainment but also the digital dash, so information can be displayed on the instrument cluster or even the head-up display in vehicles so equipped. 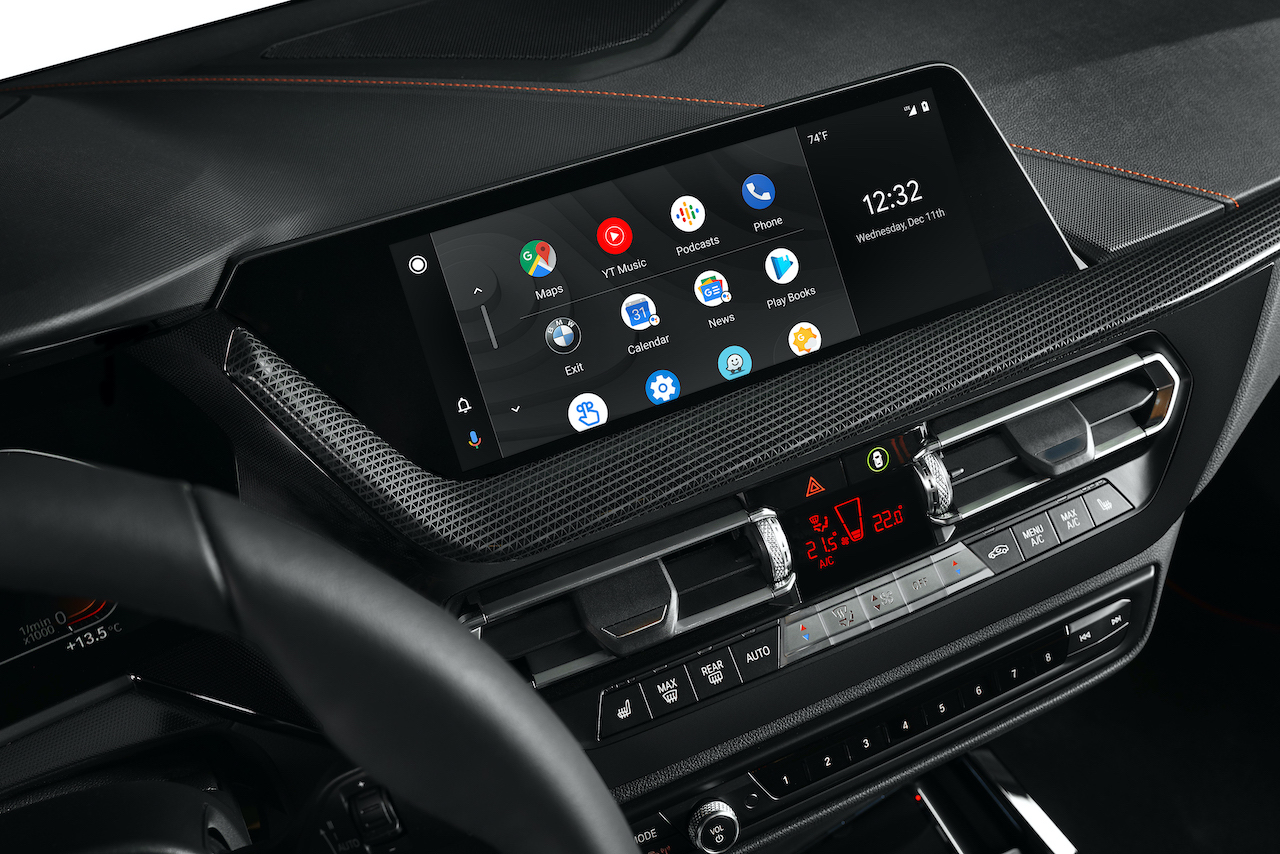 The feature will first be shown off at CES 2020 next month, and it’s set to arrive in vehicles from July. BMW says that all vehicles with BMW Operating System 7.0 will get it, which includes most of the company’s current lineup.

Android Auto will be free to BMW owners with compatible vehicles, matching the automaker’s turnabout with the CarPlay connection. While BMW had begun charging users for CarPlay connectivity, the company has now made it available at no extra cost. BMW Canada has told us that effective December 4th, so last week, the CarPlay preparation will be available at no additional cost for new vehicles. Vehicles with expired CarPlay will have it reactivated, and customers who had purchased a CarPlay subscription will see a prorated refund back to Dec 4 that they can expect to receive by January.