Bentley Virtually Shows Off EXP 100 GT in Your Home

The 100 AR experience is an augmented reality app.

Bentley might know that statistically speaking you’re not likely to be able to buy one of its cars. That doesn’t mean they don’t want to show it to you. Even if it’s only a concept car. So they’ve made the EXP 100 GT an experience that lets anyone see it in their driveway.

Well, anyone with an iOS device like an iPhone or iPad, that is. The 100 AR experience is an augmented reality app that lets you explore the EXP 100 GT concept that’s showcasing 100 years of the brand and embodies the automaker’s view of the future of Grand Touring.

Using the app, you can project a virtual version of the car. That lets you explore the concept model in three dimensions. Seeing the detailing and highlights that maybe don’t show up in photos. Or show the neighbours what it’d look like if you had a concept Bentley in your driveway instead of that project car on jack stands.

The app lets users explore the concept car inside as well. Getting up close and personal with Bentley’s exquisite interior detailing and craftsmanship. 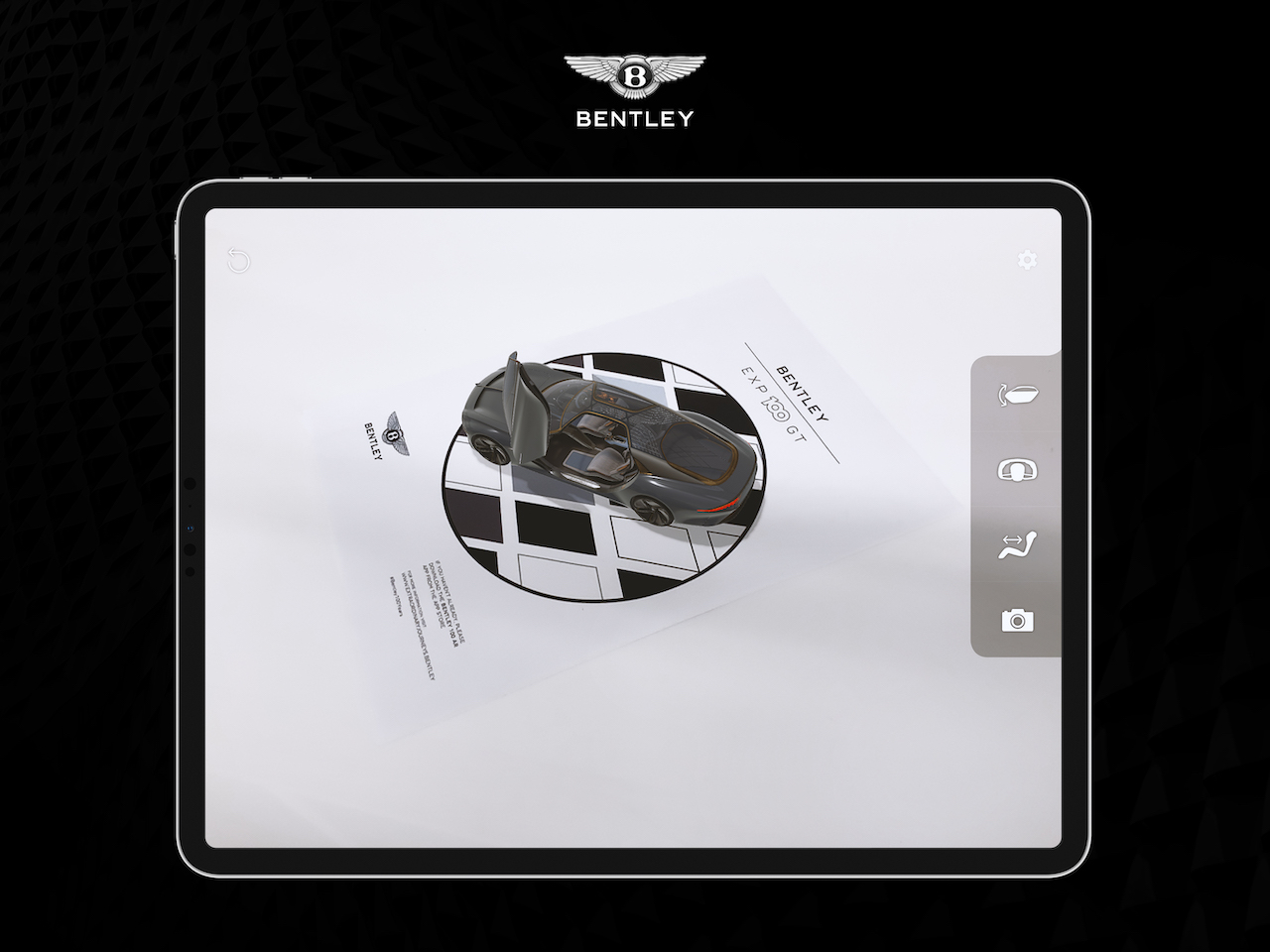 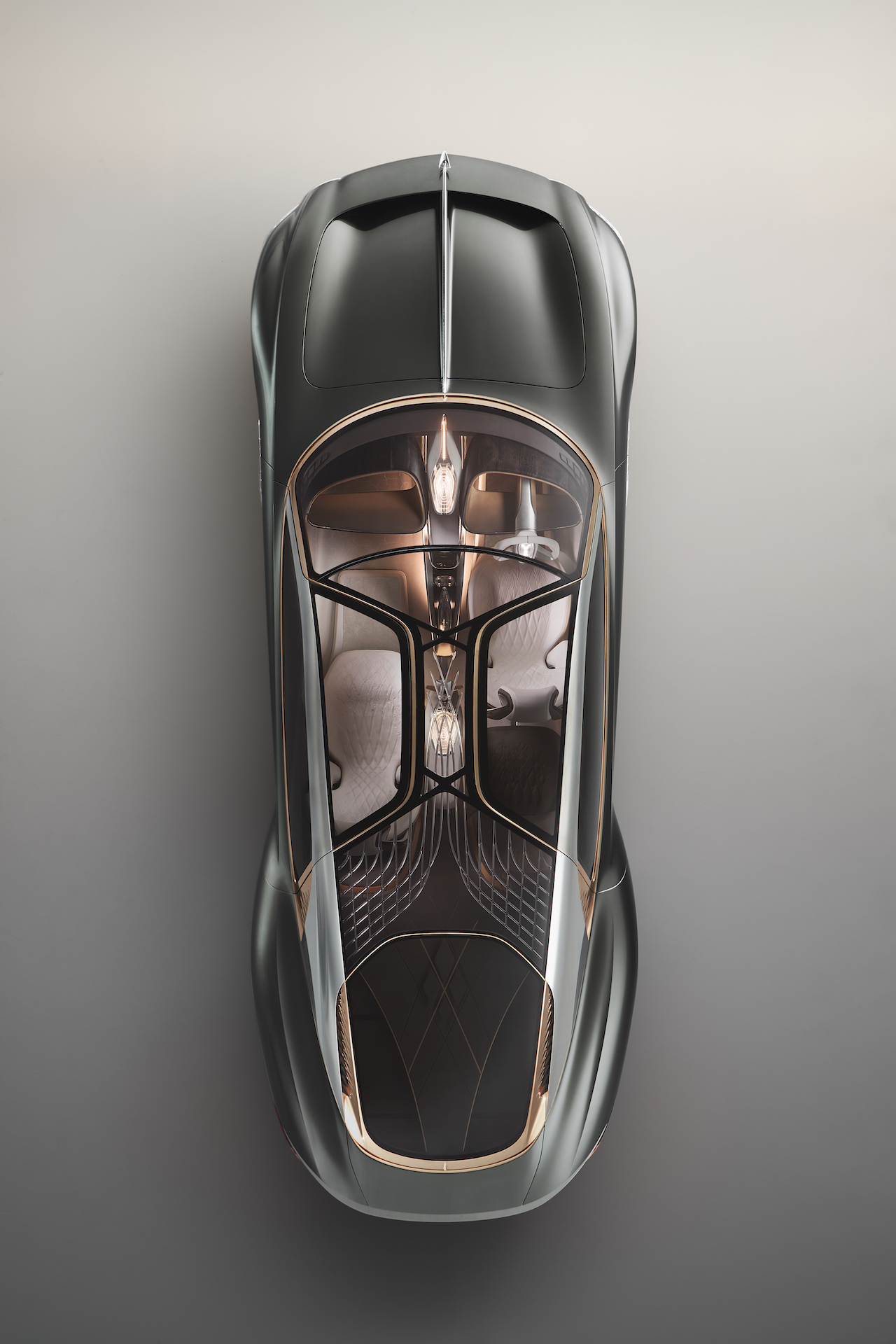 While this is restricted to the screen of your phone, not some sort of #d projection, it could be the start of something big. Because select Bentley dealers will add a full-scale version of this augmented reality experience to their showrooms. You do still need a printable QR code sheet that gives the app the proper scale in order to show the car off correctly. The dealers will have a larger version on their showroom floors.

Sure this is a one-off. For now. But if dealers have the ability to show you an augmented reality car in-store, there’s no reason why Bentley can’t go further with the idea. Like adding a version of more of their vehicles. And letting you pick and choose your interior and exterior appointments, materials, and colours. Then seeing them in full-size VR.

Expand that to the home and you could revolutionize the car shopping experience.

Some dealers will get a full-scale model of the car, along with 3:4 and desktop-size cars that users will be able to take home.

The EXP 100 GT is Bentley’s look at the GT of 2025. With a look at more sustainable materials like reclaimed wood, paint made from recycled rice husks, and organic leather-like textiles made from the remnants of winemaking. 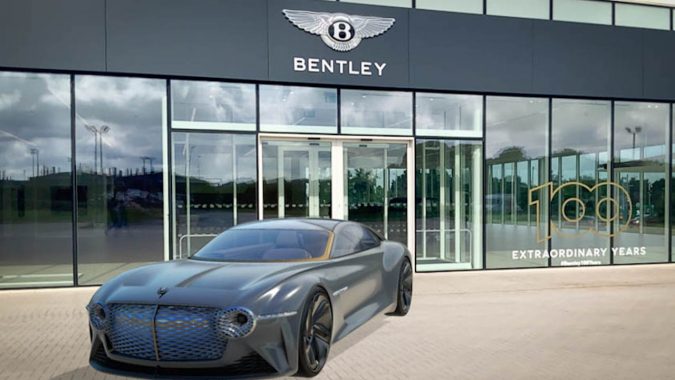 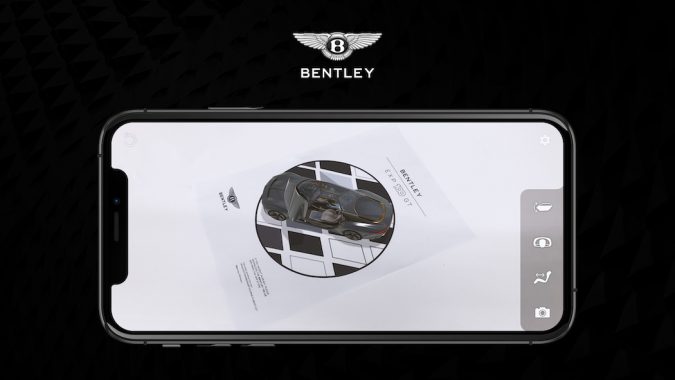 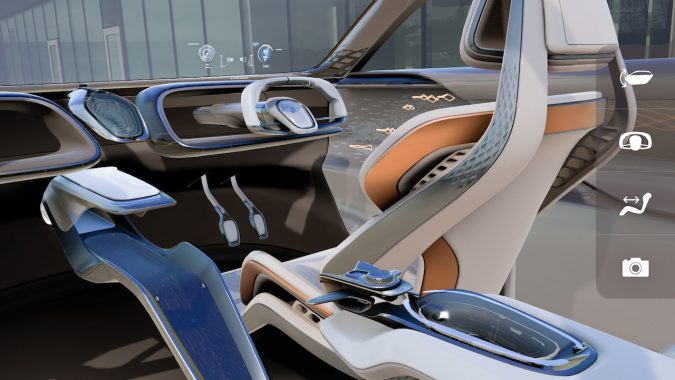 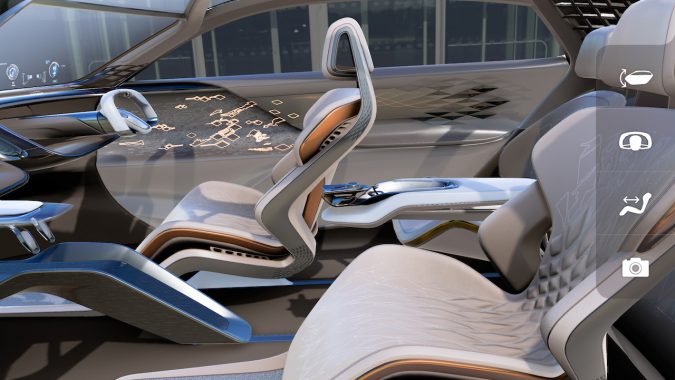 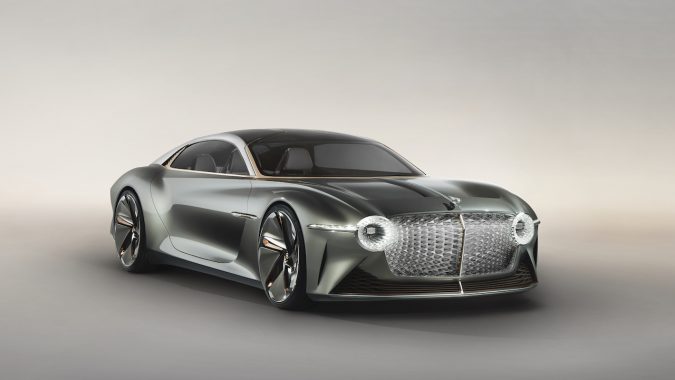 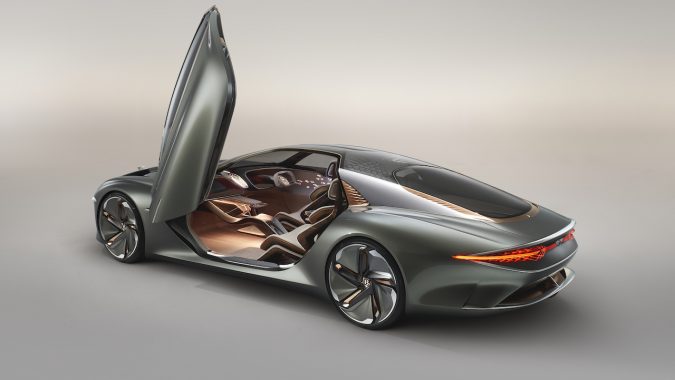