It's a two-seater that for an expected U.S. $2 million price tag doesn't even get you a roof.

The Bacalar is the latest from Bentley and while the company says it marks a “return to bespoke coachbuilding for…the oldest coachbuilding company in the world,” we say that it marks a return to wow for the brand that can be a touch stodgy. This one’s a 12-cylinder stunner.

It’s called the Bacalar, and it’s a two-seater that for an expected U.S. $2 million price tag doesn’t even get you a roof. But it does get some impressive other features.

Just 12 of these limited-edition coachbuilt cars will be assembled, which Bentley says will guarantee that this car is as exclusive as buyers want. Each will be built in Mulliner’s Crewe workshop and yes they will all be built to individual customer spec.

The cars will use materials that Bentley calls sustainable and ethically-sourced, though unlike in lesser cars where that could mean recycled soda bottles and discarded fishing nets, Bentley is using things that are a cut above. Like paint that contains ash from rice husks, which the company says is a way to make sustainable metallic finishes. There is British wool, and while the wood trim comes from trees that are 5,000 years old it’s not how it sounds. These are ancient trees that died and sank 5,000 years ago, reclaimed from marshland in East Anglia for use here. 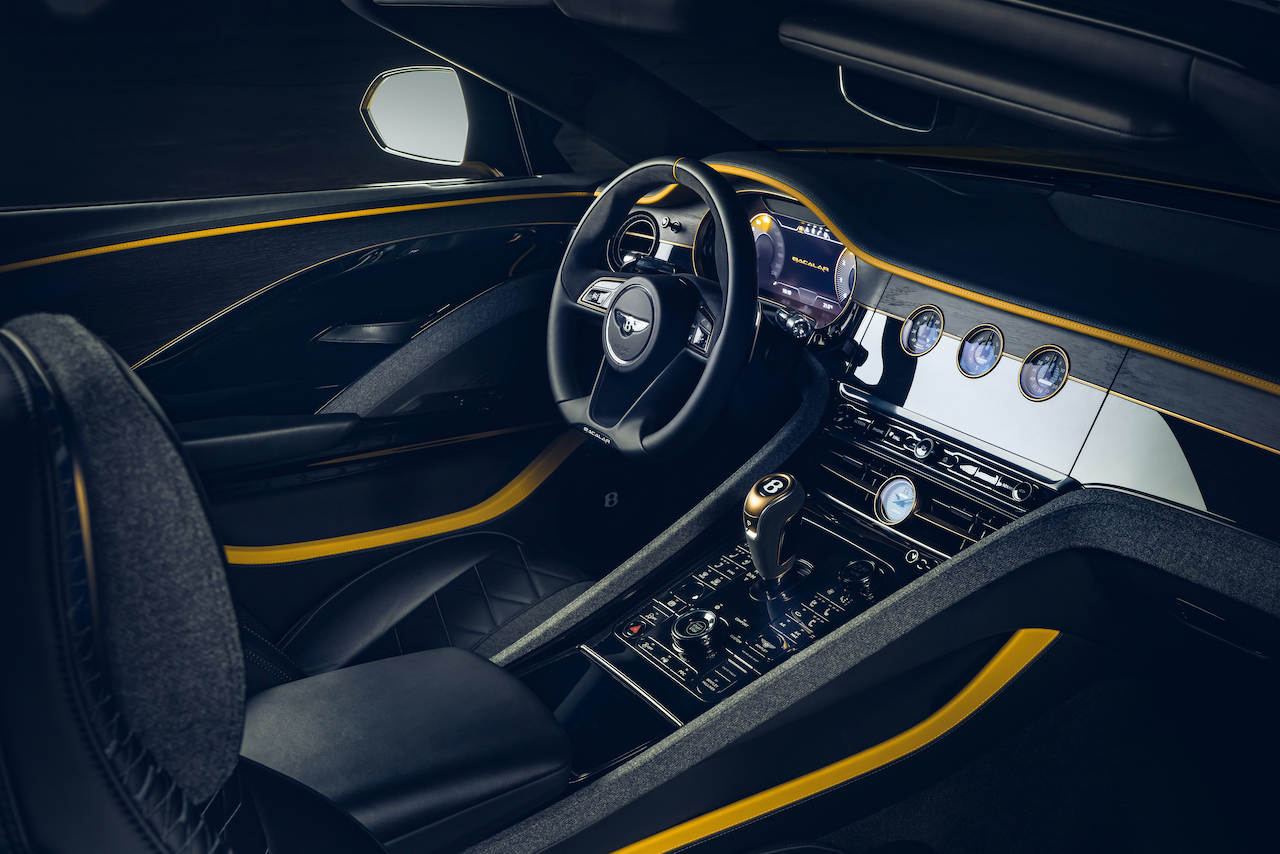 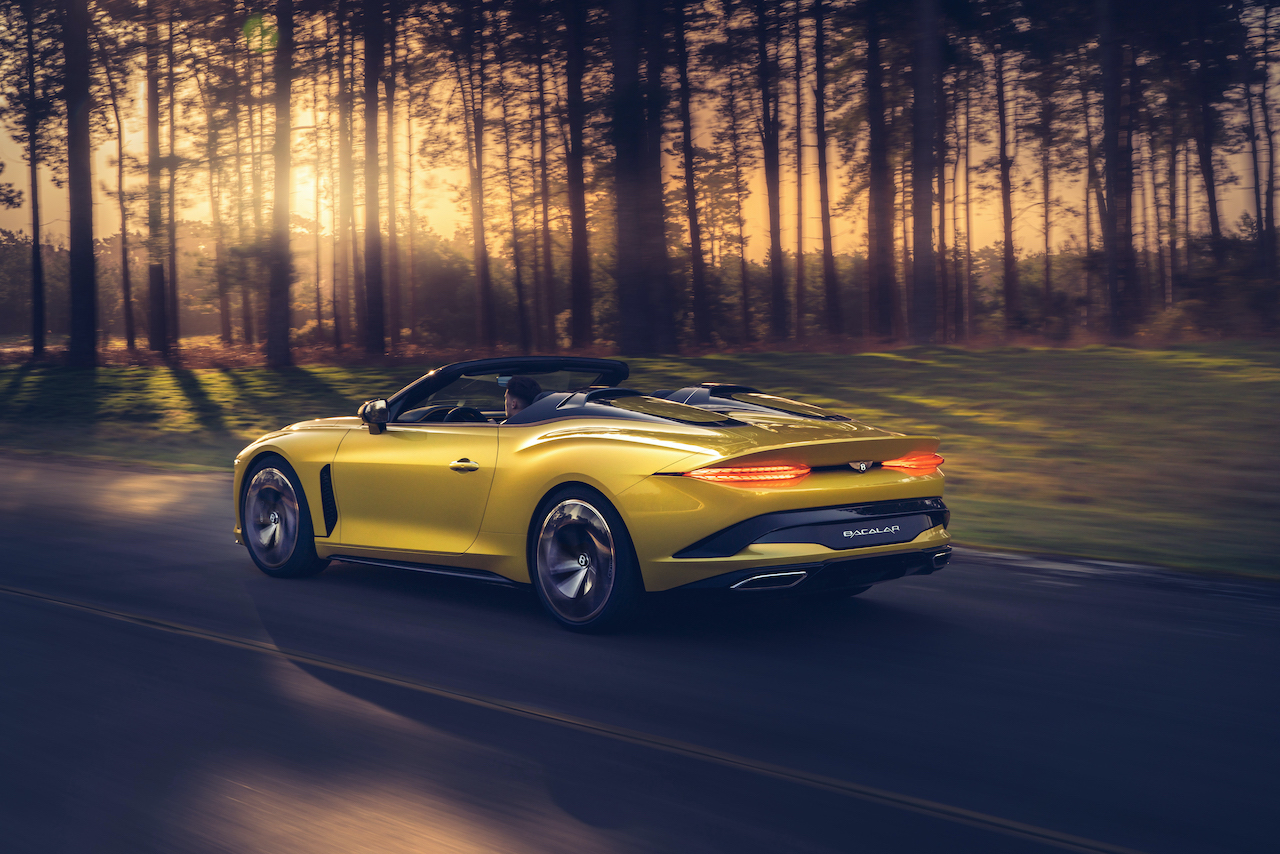 The Bacalar uses Bentley’s 6.0L W12 engine, tuned here to make 650 hp and 667 lb-ft of torque, which might just be enough to let you outrun the rain trying to enter where the roof should be. The all-wheel drive system is set to send as much power as possible to the rear for better handling balance.

Inside, the wraparound cockpit blends the exterior metal and the inside together. Behind the seats is a specially-made space designed perfectly to fit the bespoke Schedoni luggage created especially for the car. There is a new pattern of knurling created just for the bullseye vents that is repeated around the cabin, which uses dark bronze and black titanium detailing to set off the features.

Bentley says everything the driver touches is specific to the Bacalar, including a new steering wheel, gear shifter, leather door strap, and even the seat releases. All can be finished in just about any way the buyer can imagine, and yes, all 12 are already allocated. 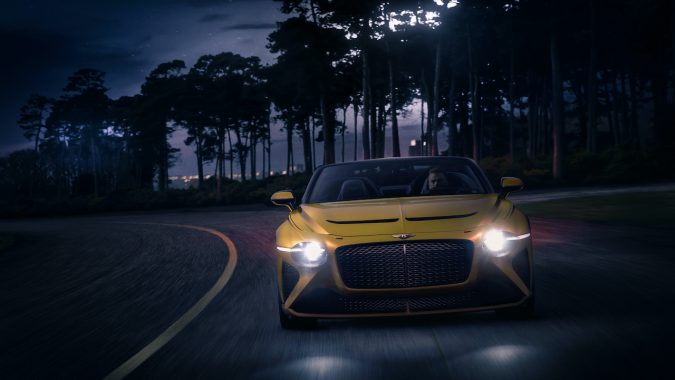 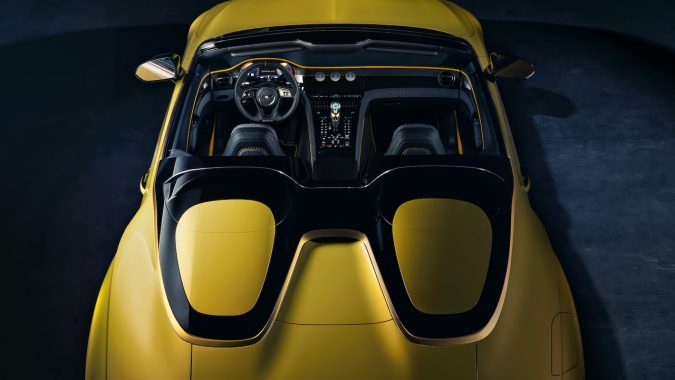