Every week, wheels.ca selects a new vehicle and takes a good look at its entry-level trim. If we find it worthy of your consideration, we’ll let you know. If not, we’ll recommend one – or the required options – that earns a passing grade.

Fresh off a major overhaul for 2022, the Nissan Pathfinder has ditched its minivan-in-disguise clothes in favour of something much more befitting its name. Sure, the machine is still based on a front-wheel drive platform but every single Pathfinder sold in Canada for the 2022 model year is equipped with four-wheel drive.

Sticking to Nissan naming convention, the base Pathfinder is called the S trim. It is powered by a familiar 3.5-litre V6 engine – as are all ‘finders – which makes 284 horsepower and 259 lb-ft of torque. Mercifully, the company has ditched its infuriating continually variable transmission in this new model, choosing instead to install a modern 9-speed automatic. Your author heartily approves.

In terms of off-road guts, the 2022 Pathfinder S is equipped with the aforementioned 4WD, plus hill descent control and a terrain mode selector. Dual-flow path shock absorbers play nicely with the 18-inch all-season tires, though we’d ditch the latter at replacement time for a good set of all-terrains. Trailer sway control helps whatever you’re hauling this weekend.

Thanks to economies of scale, which sometimes dictate it’s cheaper overall for a car company to manufacture all trims with a particular feature, base Pathfinders come with LED head- and taillamps plus heated side mirrors that are peppered with turn signal repeaters. Washer nozzles are heated, too. Trim such as the door handles are colour-keyed, though fog lamps are denuded and there are only four paint shades on offer (only two of which are no-charge options). 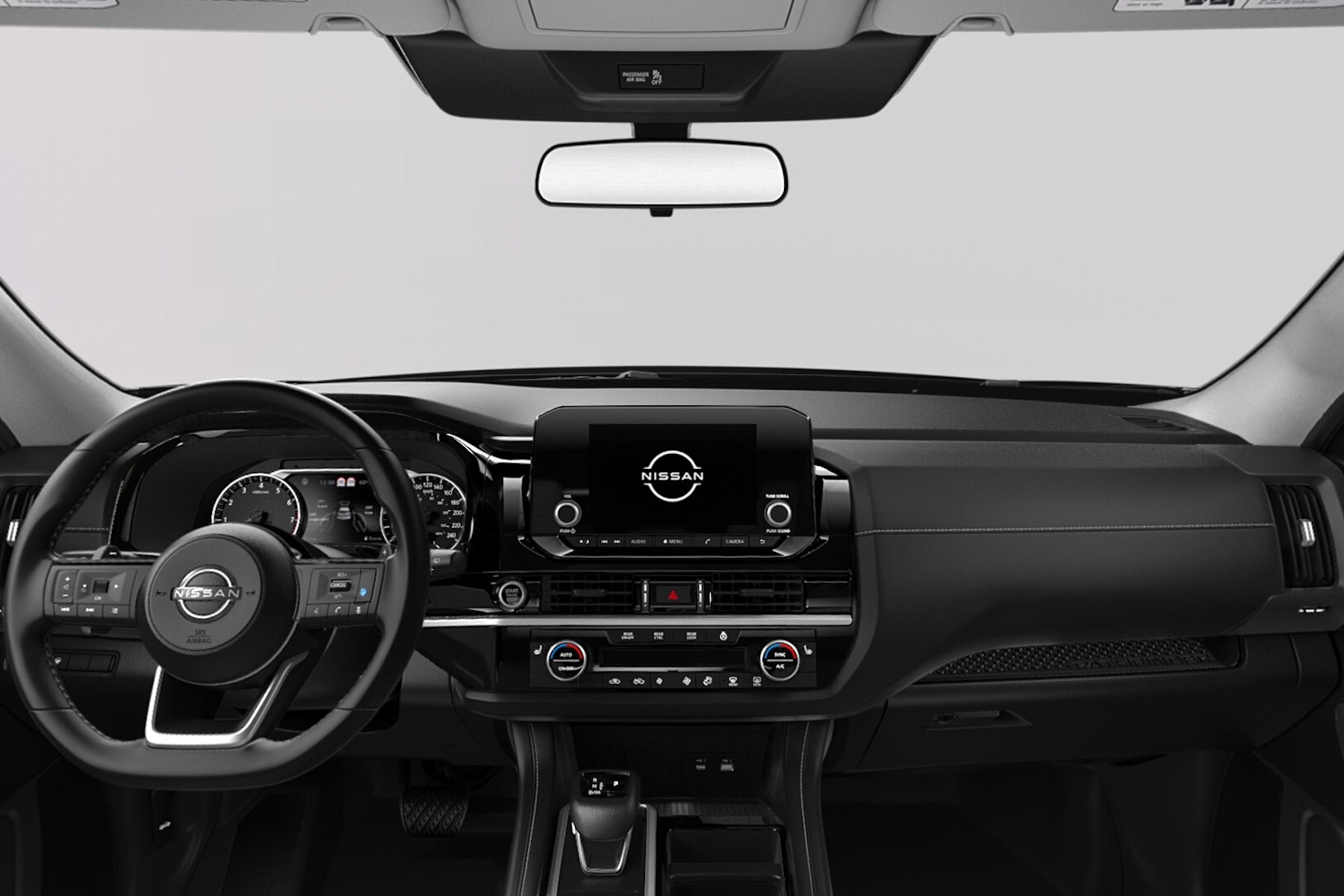 That same quirk of economics also ensures the least-expensive Pathfinder has tri-zone climate control, meaning both front seat occupants and kids in the rear can freeze or bake to their own desires. Front cloth bucket seats are heated, as is the leather-wrapped steering wheel. Push button ignition means no more digging for keys, and the brand’s ProPILOT Assist suite of driver aids helps keep things on the straight and narrow. Fun fact: the Pathfinder has ten cupholders and six bottle holders, meaning no one’s going thirsty in this thing. An 8-inch infotainment screen packs satellite radio and smartphone integration capabilities.

While making the $3,000 walk to an SV-trimmed Pathfinder isn’t chump change, the next rung on this ladder is worth considering. For the money, customers net a panoramic moonroof, LED fogs, a remote starter, and an Around View camera monitor. The inclusion of a tow hitch receiver with proper wiring harnesses is also notable since it jacks total towing capacity to a robust 6,000 pounds. Wheel and tires are a couple of inches larger, as well. 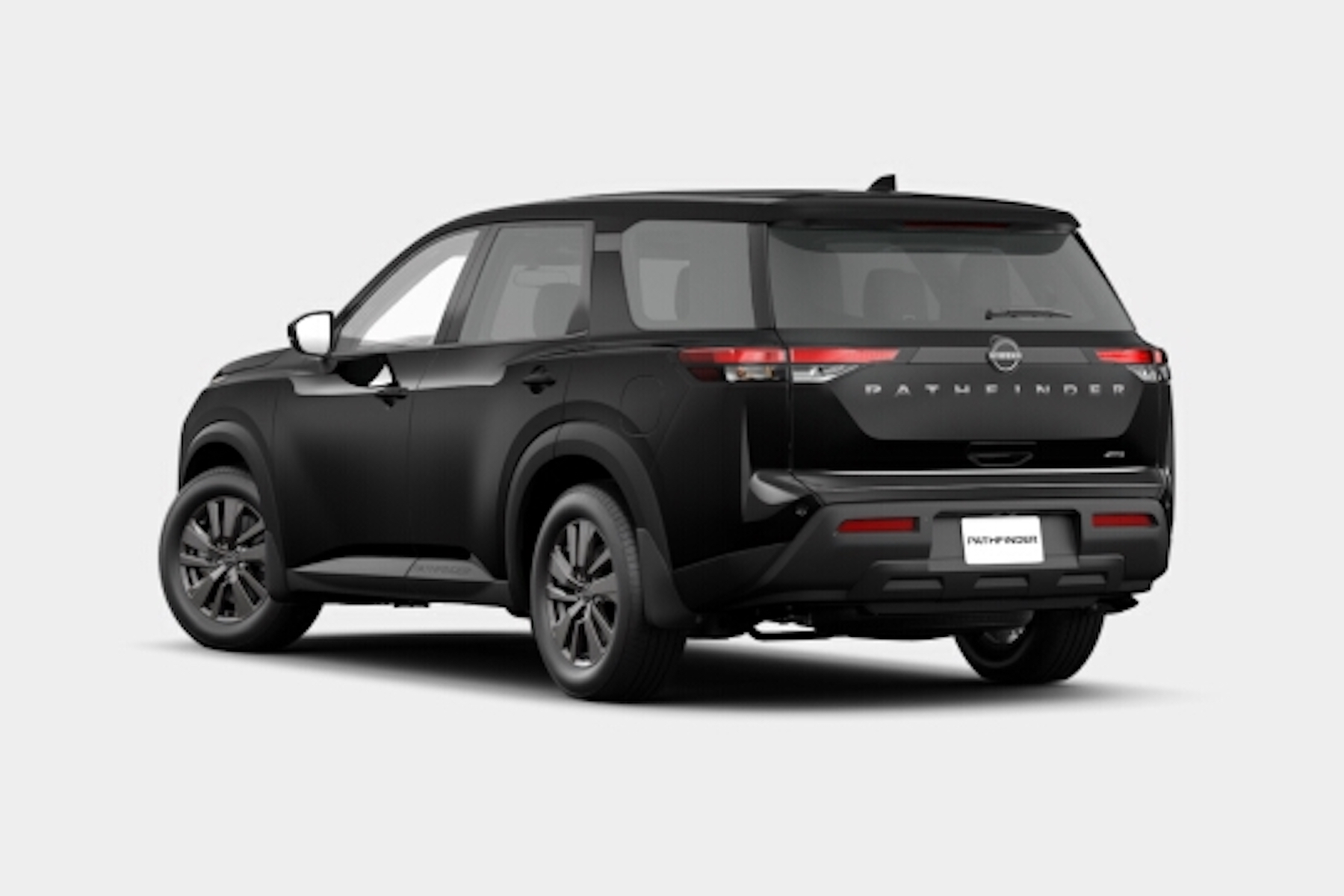 Still, if those features are of little notice to you, there’s a lot to like in the $43,798 base S model. It has the same powertrain as the SV, the same infotainment system (save for fewer USB ports), and the same level of active safe driving aids. With its appearance finally rectified, this three-row SUV has regained a lot of its appeal.