Join the Conversation (0)
My grandparents were fond of saying that just because something is old, doesn’t mean you throw it away. They had a point of course, with far too many items in today’s world being disposable for the sake of convenience. In addition to running a rural grocery store and raising a few youngsters, Howard and Violet must have been the product planners for the last Nissan Frontier pickup truck.

Harsh? Maybe, but only just. The new-for-’22 model you see here is the first new Frontier since the last truck was introduced way back in the 2004 calendar year. Seriously. Paul Martin had only been Prime Minister for about a month when that pickup was revealed. In other words, despite the advice of my grandparents, it was due for replacement.

Which is what the world received for 2022. Offered in both King Cab and Crew Cab body styles, the new Frontier packs a fresh engine and a host of new tech. Sticking with Nissan’s traditional trim levels, the base Frontier wears the letter ‘S’ and a price tag two bucks shy of $40,000. Under the hood resides a 3.8-litre V6 engine making a robust 310 horsepower harnessed to a 9-speed automatic. All Canadian-sold Frontiers are four-wheel drive. 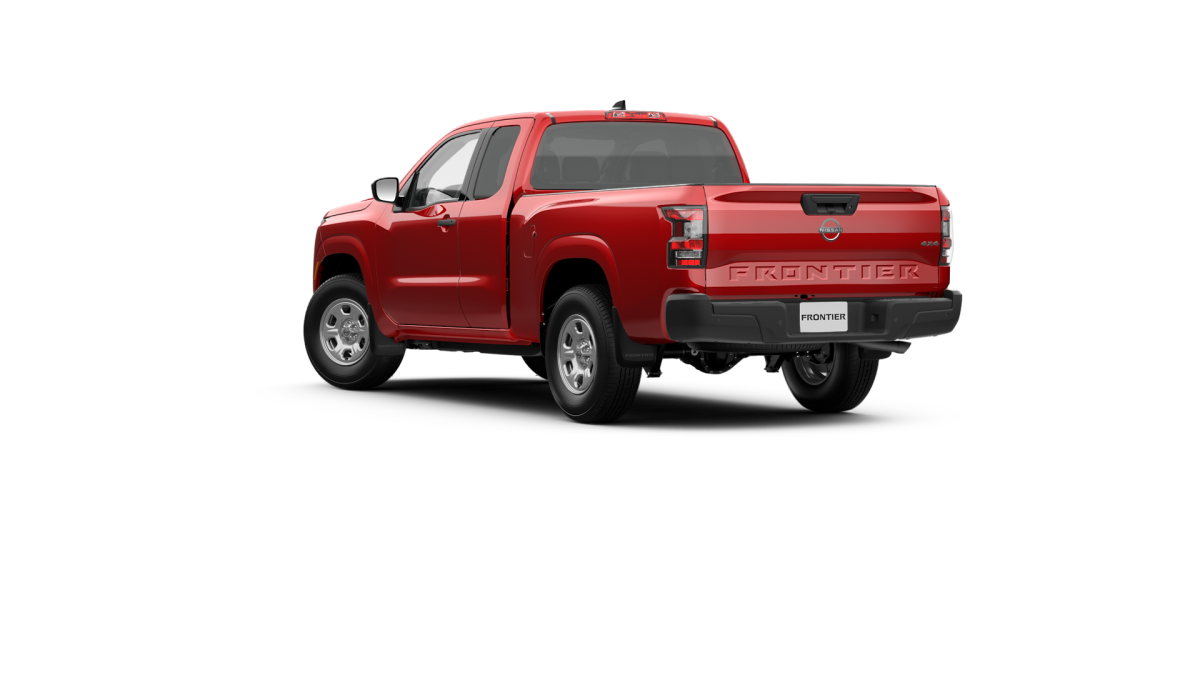 Your author prefers the King Cab configuration since it provides a long (73.3 inch) bed for cargo while retaining somewhat tidy external dimensions. Those of you bent on carrying more than one passenger may have to settle for a shorter box in exchange for a habitable rear seat. Nissan has the good sense to offer its base truck in interesting colours, as shown here, though the steel wheels are decidedly low rent (but, arguably, not out of place on a pickup truck).

The days of base trucks having cardboard headliners and a glovebox made of horsehair are firmly in the rear-view mirror, in case you’re wondering. This entry-level Frontier has an 8-inch touchscreen for its infotainment, smartphone integration, another 7-inch screen in the gauge cluster offering up mechanical vital stats, plenty of power outlets, and push-button start for good measure. Safety gear like intelligent emergency braking, smart cruise control, and lane departure warning are standard across the board. The base truck shares its LED tail lamps with more expensive trims, as well. 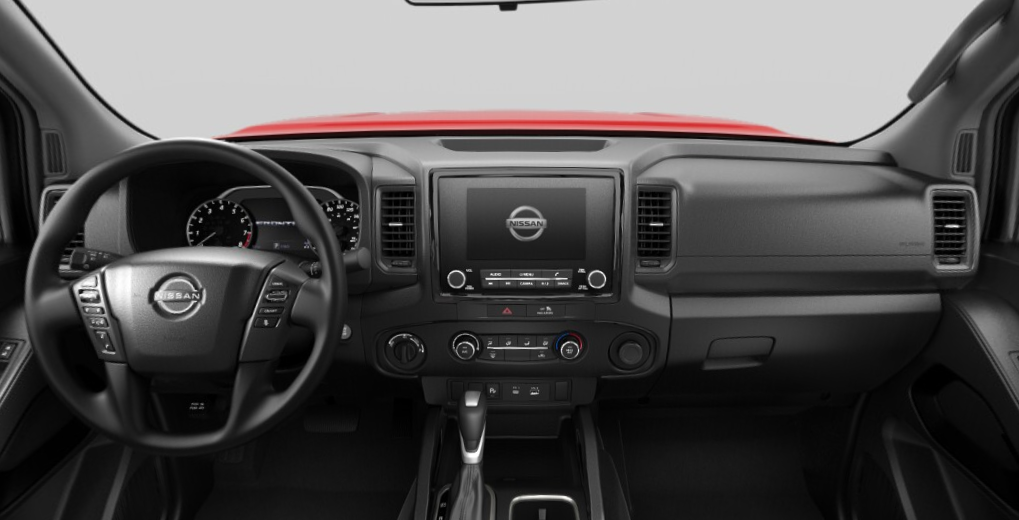 
With the rise in base price, the S doesn’t represent the value play it once did. That argument went out the window when its four-cylinder engine and manual transmission vanished with this new redesign. It’s only a $1,500 walk to the next-rung King Cab SV which adds heat to the front seats and steering wheel, dual zone climate control, remote start, and snazzier exterior trim. At these prices, it’d be silly not to spend the extra.

My grandparents were right when they said not everything that’s old needs to be tossed out. However, taking 18 years to introduce a new version of your midsize truck is probably taking that statement to the extreme. Still, it’s here now, and Nissan showrooms are better off for it – even taking into account the price hike. Just be sure to pop for the SV trim.