Freshly refurbished for the 2021 model year, Chevy’s large-and-in-charge Tahoe now sports an interior which can no longer be directly compared to that found in a Little Tykes Cozy Coupe. Screens and sumptuous materials abound, along with a more efficient use of space. In fact, the new Tahoe (and its big brother, the Suburban) are the first iterations in decades where an increase of exterior dimension directly translated to more room for passengers and their stuff.

As the beyond-dominant model in its segment, GM could have called it a day and rested on its laurels for a couple of model years. However, there are a few powertrain changes for 2022, making the vehicle a good candidate to slide under the Base Camp microscope. As in previous years, the entry-level LS is powered by a 5.3-litre V8 good for 355 horsepower and 383 lb-ft of torque. Adding 4×4 is technically a $3,300 proposition, but the spectre of a rear-drive Tahoe navigating the parking lot of a hockey rink in Canadian winter is too mournful to imagine, so we’ll assume all hands will equip their Tahoe with four-wheel drive. A limited-slip diff is standard. 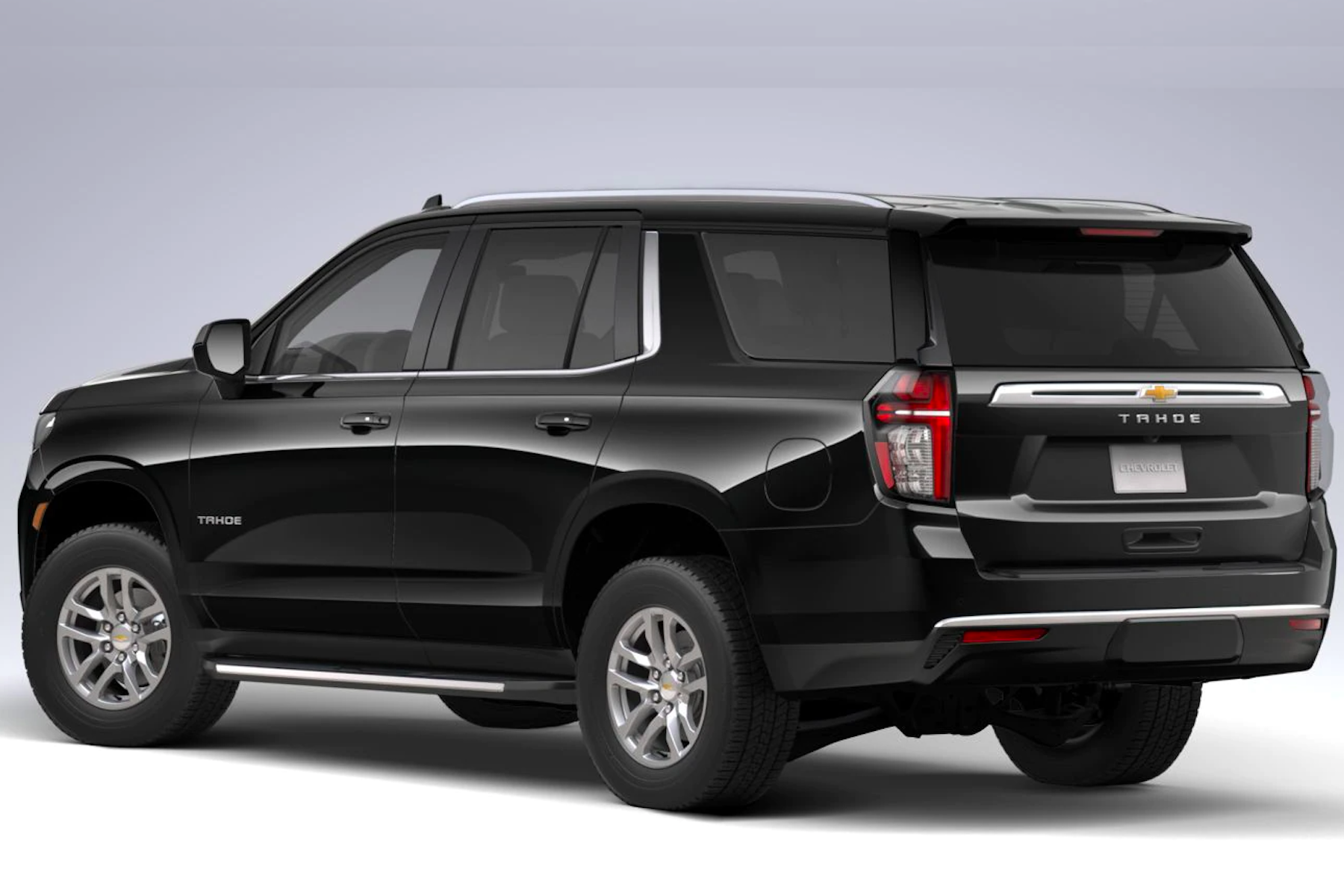 The new Tahoe is a good looking bus, all right angles and sporting a lantern jaw. GM is stingy with their colour choices, leaving the Base Camp customer with Black and Summit White as the sole zero-dollar options. Fog lamps vanish at this price but a spear of chrome on the LS’ nose brightens up the place. Painted aluminum wheels are 18 inches in diameter and are wrapped in beefy all-season rubber whose 65-series sidewall is a refreshingly chonky in a sea of low-profile tires. LED lamps pepper both ends of the truck and – in a return to the glory days when GM was the undisputed king of innovation – the disappearing rear window wiper is being rapidly copied by everyone from Lincoln to Lexus. Note that wiper is on a manual tailgate. 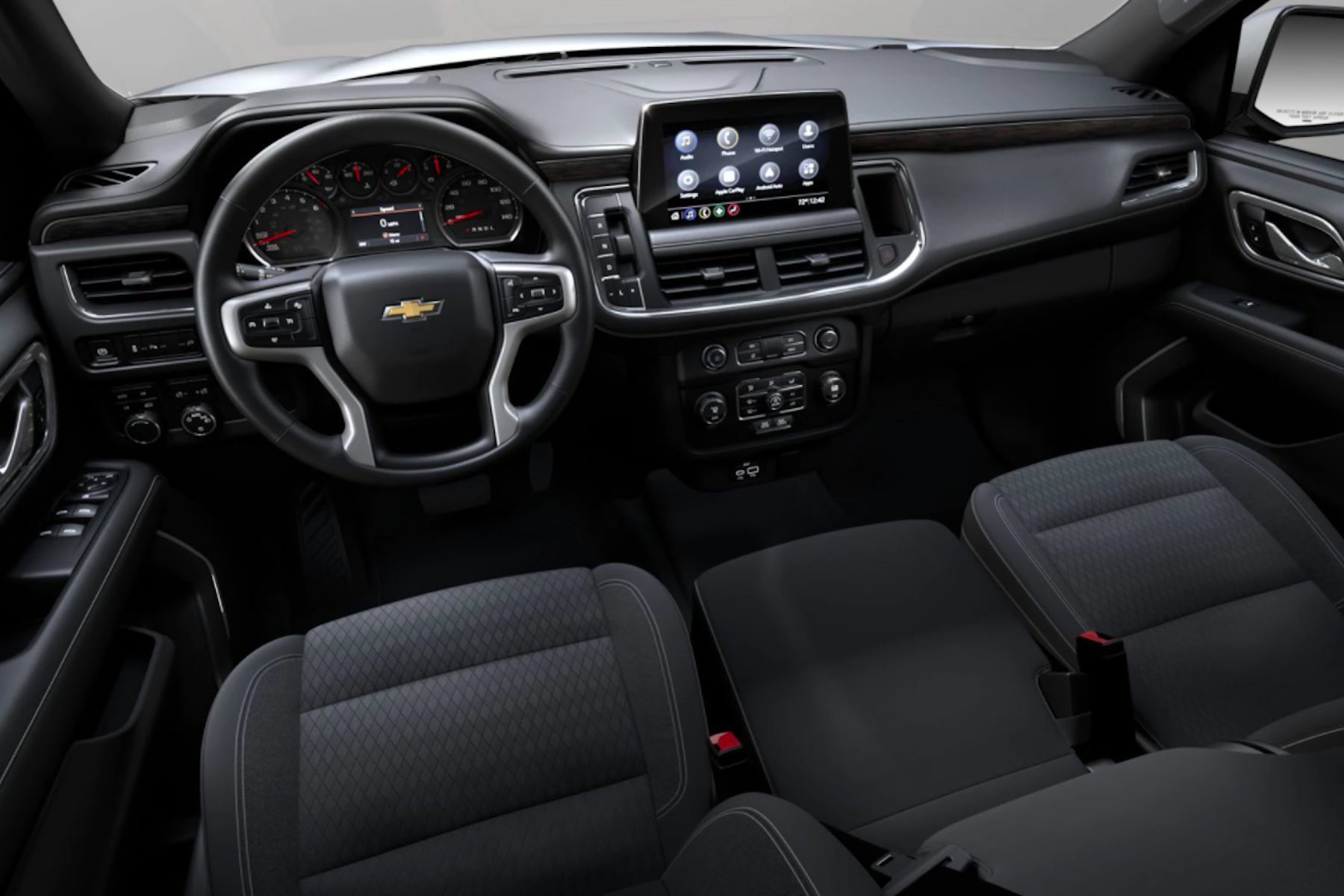 Joyously, the bean counters at Chevy continue to permit the specification of a front bench seat, an option which returns $275 into the customer’s bank account and turns the Tahoe into a 9-passenger conveyance. A large 10.2-inch infotainment screen makes up for the sins of its old one which was the size of a smartphone, and everyone will enjoy wireless Apple CarPlay plus an abundance of USB ports. There are also a couple of 120V power outlets in the back and rear air conditioning for the urchins.

Remember those powertrain changes we mentioned earlier? It’s worth noting the hand-of-god 6.2-litre V8, making 420 horsepower and sounding like a NASCAR stocker, is now available on trims other than the top-rung High Country. Critically, it is available on either the color-keyed RST or the off-road Z71, both of which are priced similarly at about $10,000 higher than the base LS.

While that sum is hardly chump change, it’s in your best interest to see if the numbers work for your financials. In addition to the brawnier octopot, either of those trims load Tahoe to the gunwales in terms of equipment, adding the likes of wireless device charging and Bose sound system plus a driver memory system, heated buckets, and – in the Z71 – leather seats. The latter also packs a unique 4×4 system and better ground clearance.