Join the Conversation (0)
Save for a couple of half-hearted attempts, Jeep has only recently gotten serious about the three-row SUV segment. This may flummox the casual observer. After all, why wouldn’t one of the most recognized (and decorated) off-road brands have an entrant in this popular – and profitable – segment?

For 2021, Jeep’s fixed that oversight – and then some. In addition to tacking a few extra inches onto the new Grand Cherokee to create the three-row L variant, they’ve also created a pair of truck-based brutes intended to take on GM’s Tahoe/Yukon/Escalade triumvirate. For this post, we’ll focus on the former.

Setting a starting price of $52,495, Jeep has jumped into the premium end of this pool with both feet. After all, witness the three-row Telluride which bears an introductory sticker several thousand bucks south of that figure. Nevertheless, Jeep feels comfortable with their pricing choices and, given the clout of its brand, they’re probably onto something. As is tradition, the Laredo trim is the entry-level model, though you’d never guess it by peering at Jeep’s build-n-price tool since that option is absent. 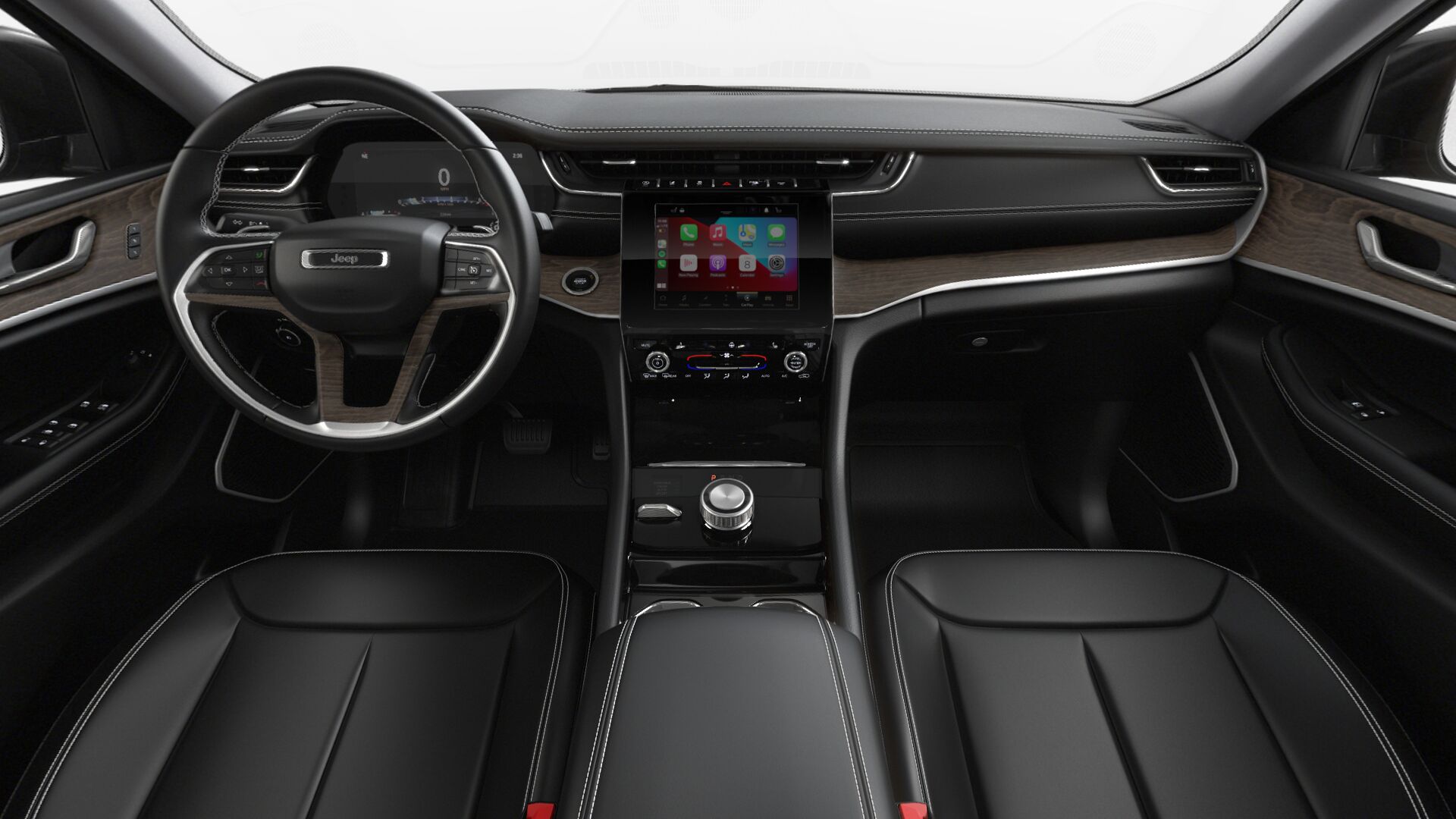 Laredo is powered by the brand’s ubiquitous 3.6-litre V6 engine, good for roughly 300 horsepower and hooked to an 8-speed automatic which works in concert with the Quadra-Trac I 4WD system. It’s worth noting the latter since it is a single-speed active transfer case that uses input from multiple sensors in the vehicle to pre-emptively adjust torque distribution and will continue to reactively make corrections if tire slip occurs. When wheel slippage is detected, as much as 100 percent of available torque is instantly routed to the axle with the most traction. This is fine for many, but Jeepheads may be disappointed in the lack of a low range setting.

Save for a few flat-not-gloss trim pieces and different wheels, it’ll be tough to visually discern the Laredo from a next-level Limited. Its heated mirrors and door handles are colour-keyed, LED lamps peer fore and aft, and the same dimensions await as in more expensive trims. There is dual-zone climate control aboard the base model, along with a snazzy 10.25-inch digital gauge cluster and Jeep’s excellent 8.4-inch Uconnect system (though the enormous bezel is kinda depressing). The front cloth seats are heated, as is the leather-wrapped steering wheel. That’s a manually operated liftgate out back, however.


Save for the lack of a low-range setting (which, in reality, most drivers will never use), there’s a lot to like in the Laredo trim. Your author will strongly recommend the optional Trailer Tow Group, if for nothing else than the load-levelling rear suspension and full-size spare tire. The GCL is good for 6,200 pounds of trailer, by the way. Meanwhile, a so-called Lux Tech Group adds wireless device charging and addresses my carping about the absent power tailgate.

With this Grand Cherokee L – plus the Wagoneer and Grand Wagoneer – Jeep’s jumped into the three-row game in a big way. While they may have taken their sweet time bringing something to market, it seems they’ve used their development time wisely.