Join the Conversation (0)
Despite appearances, we haven't gotten into the holiday cheer and written a headline with something of a stutter. Honda introduced the two-row Passport a couple of model years ago, seeking to nab a few customers looking for a machine roughly the size of its Pilot but with seating for five and a cargo area dedicated to, well, cargo.

So doing, they largely binned their traditional trim designations of LX and EX for this machine, instead applying the Sport moniker to the Passport's entry-level model. Starting at $43,305, it is powered by Honda's 3.5-litre V6 engine, making 280 horsepower and 262 lb-ft of torque. This, and the nine-speed automatic transmission, are equipped at all trim levels. In other words, everyone gets the same amount of power no matter how much they spend on a Honda Passport. Driver aids like adaptive cruise control and LaneWatch are standard across the board.

Look for heated seats and steering wheel in the Sport, along with a remote engine starter and power moonroof. The powered driver's seat adjusts 10 ways, but passengers will have to suffer the indignity of manual quad adjustments. Back seat passengers will enjoy seats that slide fore/aft for better legroom and the seatbacks split 60/40 if owners wish to ditch the kids and expand the cargo area. A handy front wiper de-icer helps unstick those rubber blades from the windshield in winter, while push button start makes digging for keys a thing of the past.

Infotainment is handled by a display audio system that can pair with Apple or Android phones to mirror their user interface. Seven speakers are capable of playing Baby Shark or CBC News with equal clarity. Infuriatingly, satellite radio capability is not included, continuing a trend at Honda of denying this feature to entry-level customers no matter if they're buying a sub-$20,000 Civic or this mid-$40,000 Passport. The functionality is included in the leather-lined EX-L, a vehicle with an infotainment system that is broadly similar to the Sport's. Perhaps an enterprising aftermarket shop can activate the satellite radio feature after you drive off the lot. 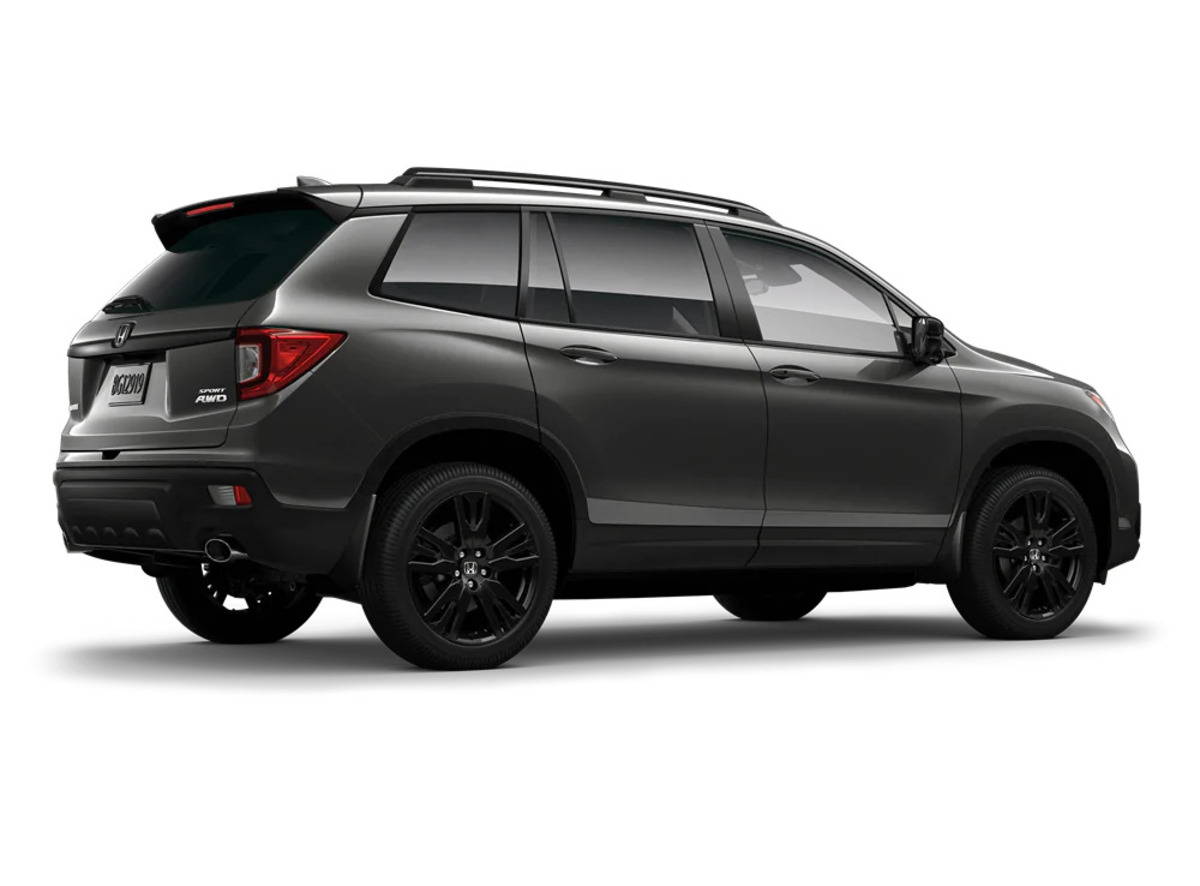 The neighbours will need a keen eye to spot the Sport, as its interior styling is very similar to that of the more expensive EX-L and Touring trims. All of them get colour-keyed door handles, twin exhaust outlets, and LEDs in the head-, tail-, and fog lights. Sport does have black wheels, different than the EX-L but similar to the Touring. The lack of colour choice on the Sport rankles but the thing looks good in a dark shade of paint so we're willing to give it a pass. This time.


Spending an extra $3,600 on EX-L leather seats and a few other minor features doesn't appeal to us, nor does making the $7000 walk to the Touring for items like a power hands-free liftgate and a return to black wheels. If not for the glaring omission of satellite radio, this decision would be simple. As it stands, we recommend sticking with the well-equipped Sport and topping up your Spotify subscription.