Hyundai is no stranger to the Base Camp arena, given its legendary reputation for packing a ton of value into what are often uniquely-styled packages. The new-for-2020 Sonata is no different, filled to the gunwales with features and wearing a very striking suit of clothes. With one eye on Johnny Polar bear, Hyundai has continued to offer a Hybrid variant.

A fuel economy rating of just 4.6L/100km in highway driving should mark this car as a fuel sipper in anyone’s books. For a family-sized sedan with lots of stretch-em-out legroom, it’s nothing short of remarkable. Power is provided by a 2.0L inline-four assisted by a single electric motor. Combined, they make nearly 200 hp and 271 lb-ft of torque. This is routed through the front wheels by a six-speed automatic transmission with steering wheel mounted paddle shifters.

For 2020, the Sonata Hybrid is offered in a single trim costing a hair over $40,000. This isn’t chump change but, as is the brand’s wont, the level of equipment in this car is quite high. Leather seats are heated and ventilated in the front row, with back seat passengers enjoying heated chairs. A massive 10.25-inch colour touchscreen stands ready to handle infotainment duties, including Android Auto and Apple CarPlay.

Its head-up projection display allows the driver to keep tabs on car vitals without taking their eyes off the road, while active driving aids like adaptive cruise control and lane keeping help keep things on the straight and narrow. Passengers will be sated with plenty of device charging ports plus a wireless pad; dual-zone climate control acts as an important marriage counselor. 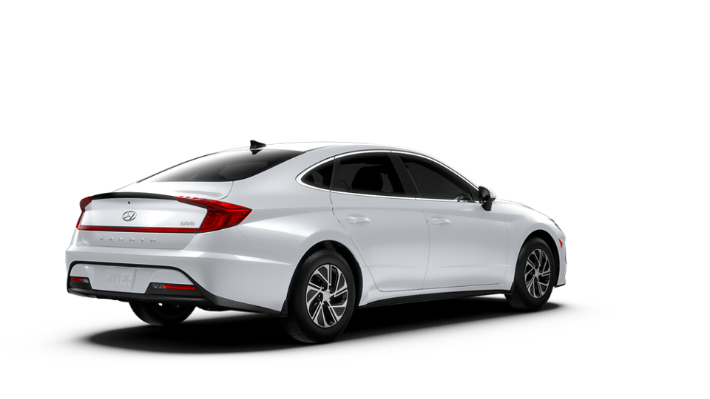 Visually, the Sonata Hybrid employs much of the arresting design cues from its non-hybrid brother, unlike previous iterations that displayed its green cred by way of different front or rear styling treatments. LEDs pepper both ends of the 2020 Sonata Hybrid, its heated sideview mirrors are colour-keyed, and that trick solar roof harvests energy from the sun to help charge up the hybrid system’s battery while driving.

Given the 2020 Sonata Hybrid is offered in a single trim, we need to look laterally for inspiration. An equivalently equipped 2020 Sonata Ultimate powered by a 1.6L turbo engine costs just $1,500 less, a difference that would be made up in about two years’ worth of average driving thanks to the Hybrid’s fuel-sipping nature.

Is that enough to pop for the Hybrid? Well, it’ll make an equivalent dent in your wallet over two years (and a smaller one beyond that) while making less of a dent in the earth’s fuel resources. We think it that equation is worthy of a close look.