Barrett-Jackson CEO Talks about his Love of Racing

As soon as I learned that Craig Jackson, the CEO of the Barrett-Jackson classic car auction, which has become so very popular on television, would be at the Canadian International Autoshow, I made inquiries into securing an interview spot. I was interested in chatting with Jackson, but I also was looking forward to checking out his personal AMC Javelin Trans-Am racer.

There was a challenge however: Jackson was going to be in Toronto for a very short time and was juggling two on stage appearances with visits to noted car collector Miles Nadal and restoration guru Peter Klutt at Legendary Motorcar, who hosts his own hit TV show. There simply was no clear window for any interviews.

Until, suddenly, I created my own.

I was leaving the John Bassett Theatre after the show opening festivities and as I was passing the Barrett-Jackson display area on my way to another interview, there he was, shaking hands with a little kid.

I figured I had a hook. As I introduced myself to Jackson’s handler, I was digging through my phone for photos of the AMX that my Dad raced back in 1969, a car which was a sibling to the Javelin and shared the iconic red, white and blue livery. 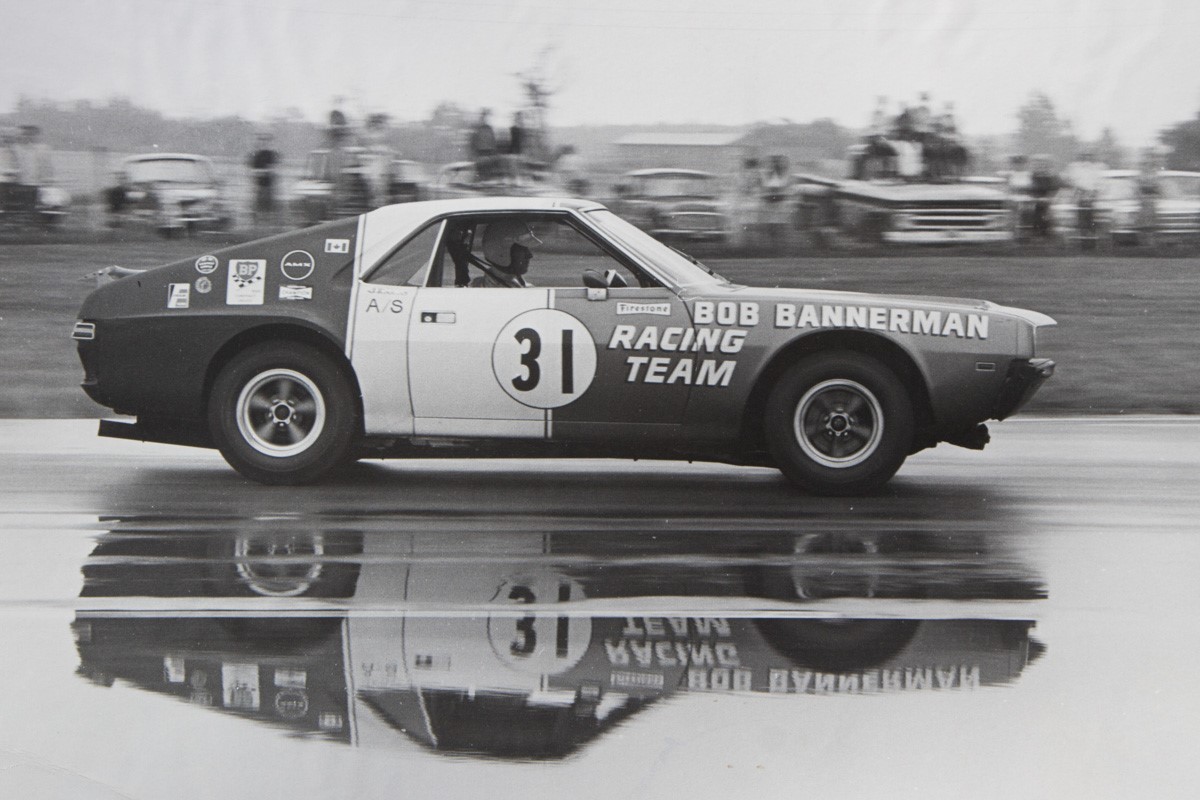 With no promises, I was introduced and promptly introduced Jackson to my Dad’s race car. My hook worked and we spent a half hour chatting about racing cars.

Jackson’s Father was one of the founders of the Barrett-Jackson auction, so young Craig grew up around the auction business. It would not be surprising if a guy growing up in that environment might become somewhat jaded about cars, but Jackson spent most of his youth tailing his older brother to events like vintage races. The fun side of the industry. His brother’s passion for racing rubbed off, including his love for a very specific race car.

“After my brother passed, I bought the car out of the estate. I was asked to take it to Goodwood. I was actually on vacation and had another trip to go on, so my staff finished the car and shipped it, with sticky notes on the dash. One of the notes told me how to start it and the other was “bed in brakes first”. I was like, I’m at the starting line of Goodwood and I’m like, How am I going to bed in the brakes?”

“I just take off and go up the hill, I’m just being my usual self, I’m going for it and here comes this big stone wall. I hit the brakes, and they’re like…glass. There’s nothing there. I thought, this is gonna suck, and I leaned on them as hard as I could and I took the corner a lot faster than I probably should have.”

“By the time I got to the top of the hill, the brakes were smoking. They were bedded in by then!”

Jackson has never raced here in Canada, mainly due to his busy schedule. He races primarily on the west coast, but has always wanted to race at some of the iconic tracks “up north”, like Watkins Glen, St. Jovite (now known as Mont Tremblant) and Mosport (the original name of Canadian Tire Motorsport Park), where the Trans Am series raced back in the day. 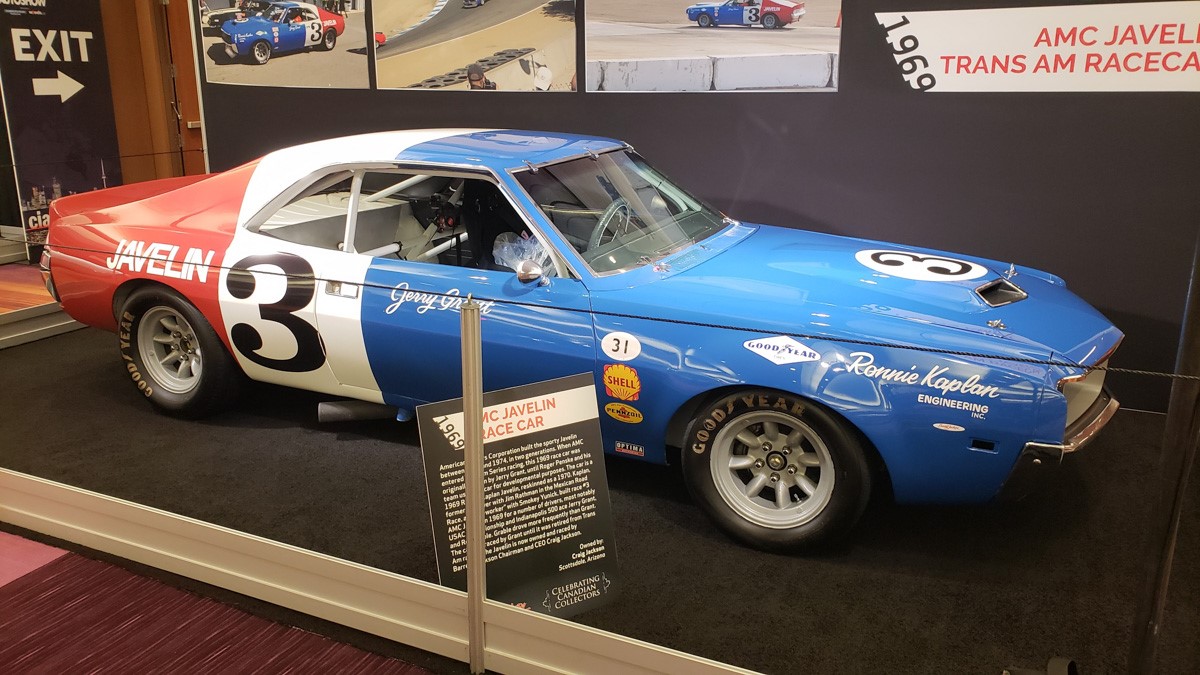 On creative rules interpretation back in the day: “On this car, the windshield has been laid back and the car has all of the Penske modifications. It has the heim jointed front suspension, so after Kaplan took over the car at Riverside, it was the first mule (test car) that they used. They developed the suspension, the brakes and the oil pan on this car, so that it would live and handle.”

“I love Laguna Seca, although I won at Coronado Island. It’s hard to win at Laguna Seca or Sears Point, because that’s home track for so many guys and they know every single inch of it. When we go to places where we’ve just laid the track out on the tarmac, we’re all the same. I like those tracks because we all get to see the track for the first time on the same day, rather than these guys have had a thousand laps on the track.”

“I’ve got Dan Gurney’s AAR Cuda that he raced in Seattle and then he retired in it at Riverside. Racing in that car in Seattle, on the same track the Gurney raced it at is pretty cool.”

“I was racing the Javelin at Seattle and Jerry Grant walked up. He goes, “that’s my old car.” I got a picture of Jerry with the car before he passed away and he signed the dash. You don’t get those opportunities very often.”

It is nice to know that someone who plays such a large part in shaping the future of the car hobby is still passionate about cars and car people. 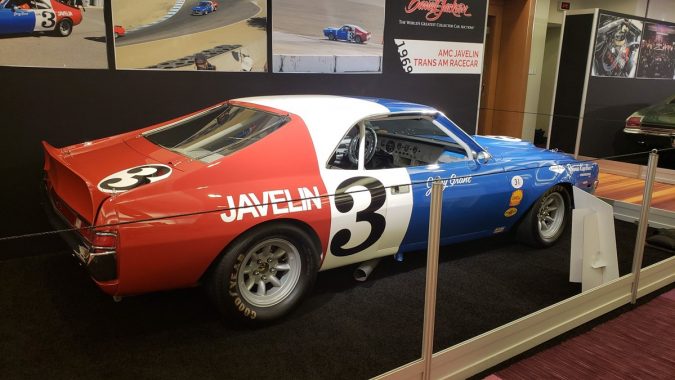 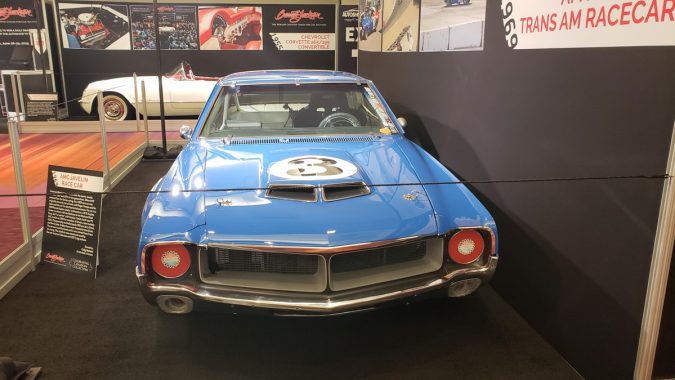