Stuffing lightning under the hood: this Canadian converts gas-powered vehicles into electric ones

Join the Conversation (0)
While the global automotive industry is steering toward manufacturing electric instead of internal combustion engine vehicles, a lifelong car lover from Canada has found a way to make the switch without scrapping the chassis and frame.

In February of this year, Dean Kneider, a 51-year-old Toronto native now living in B.C., launched Riise EV. Riise is an acronym for “The Realization of Innovative and Integrated Sustainable Energy,” and the company retrofits gas-powered vehicles into electric ones.

“We have 1.5 billion vehicles on this planet, we shouldn’t be throwing everything away to buy new electric. We should be converting,” Kneider said.

There are companies, many based in California, that are converting classic cars. Kneider looked into buying one of those vehicles but found the cost would have been extremely expensive. There was also a three-year waiting list because of the demand. Instead, he began discussing the idea of starting his own similar business two years ago. His family, friends and business partners encouraged him to do so. 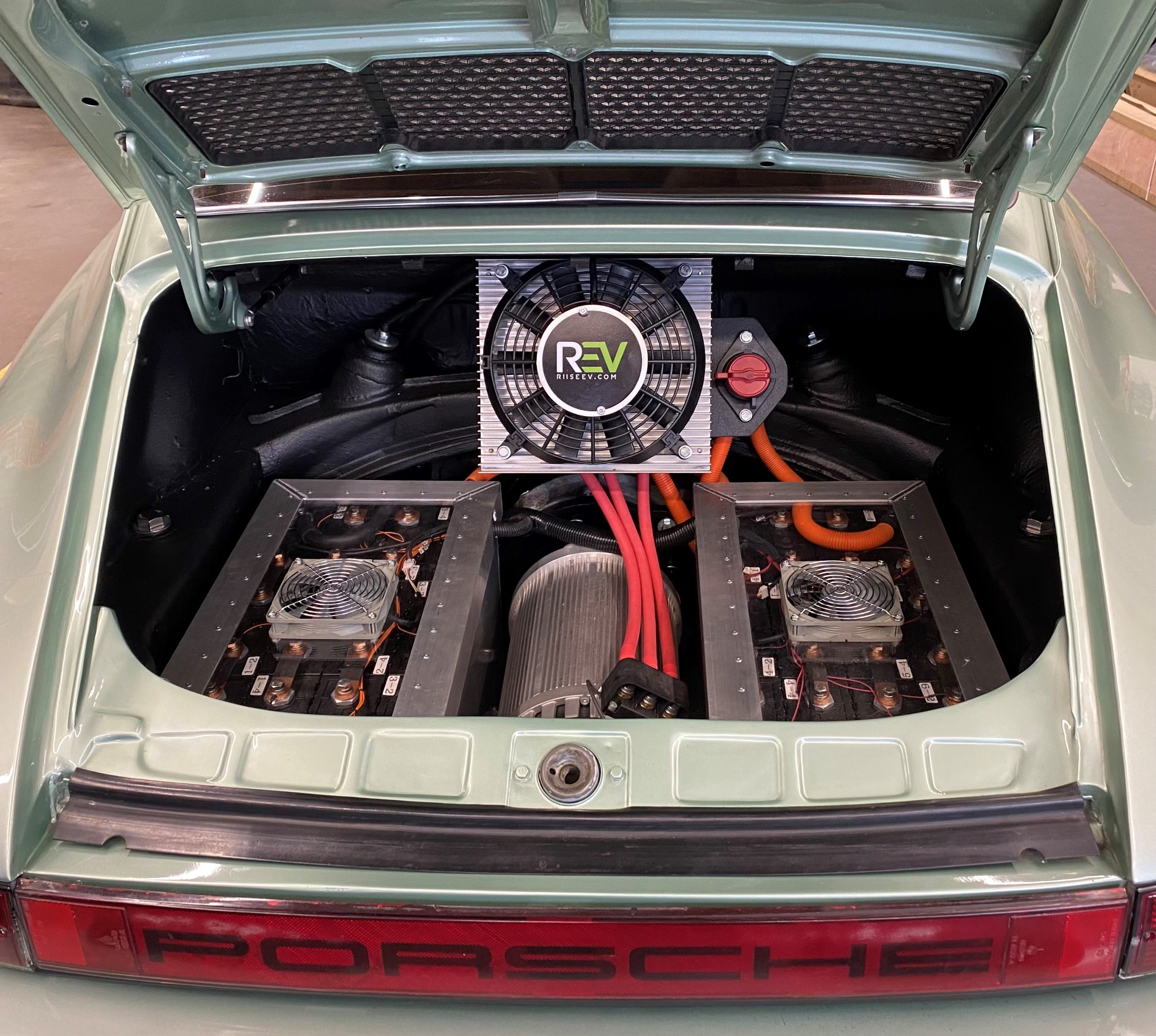 “They thought the concept was inspiring, the right idea at the right time. Very unique, logical and the name Riise EV had a purpose of changing the world for the right reasons,” he said. “I wanted to build a business plan that was impactful.”

Along with retrofitting cars, his plan includes a way to scale the operation by converting buses, shuttles and utility fleets. They usually feature the same models and years of vehicles, so they can all be switched to electric using the same parts, or what he calls “rev kits.”

He will be targeting governments and companies for prospective orders. He said only doing conversions with one-off vehicles does not work because his company might be able to do only 24 conversions a year. With fleets, he said the company could do thousands.

“A new electric bus today costs about $400,000 and we’ve got the bus conversion kits down to about $200,000,” he said. “We’re taking a five-year-old bus that is off its powertrain warranty and have the ability to convert it. We figured this was an economic business model that a lot of people would get behind. I'm not trying to squash new buses. I want the school boards to buy new buses, but I don’t want them to get rid of their fleet.”

Kneider researched his idea for about a year and figured he could convert a car, truck, bus or van from gas-powered into electric in three months. He then began to circulate his plan to investors, who are eligible for environment-related tax benefits.

He said the provincial government in B.C. has structured it so there are $675,000 in tax breaks for the first $1.5 million raised. Kneider said there are also grants available from the federal and provincial governments, which he said would provide additional financial resources to use for research and development and growing his staff. 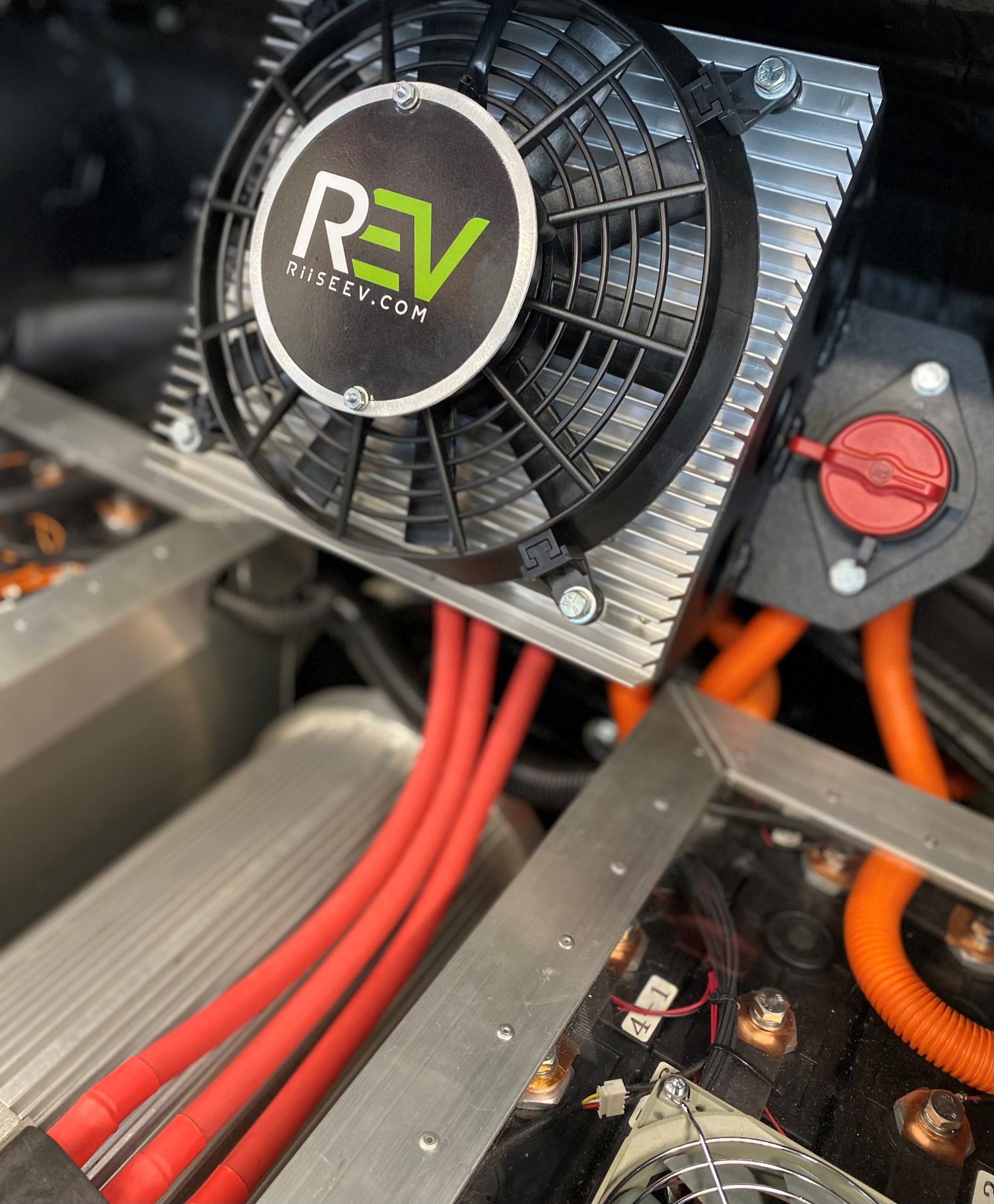 “I’ve got paper stacked up like the Rocky Mountains in my office. I know every scrap of DNA that you can about electric cars,” he said. “Unless somebody’s going to write a check for $20 million so you can buy a ton of inventory and equipment or parts and accessories, it's really hard to get going. If it was so easy, everybody would be doing it.

“If I’m going to get investors to invest in the company, which I have, they will want a return (on their investment),” he said. “Profits is not a dirty word. I'm doing it in a way where I'm still making money, but I'm doing right for the environment.”

Kneider said the automotive world is consumed with companies such as Tesla, Rivian, Lucid and Canoo, that are building new electric cars and trucks. He said what he is doing has a bigger and more practical purpose in terms of sustainability.

“I’m trying to preserve from an environmental standpoint, things that are important,” he said. “My kids challenged me every day on what I am going to do better for the environment, because this is how our kids are being brought up. I don't want to be a throwaway society.

“It's a tough space to get all the parts and equipment to do it,” he said. “It’s not as easy as it looks. If it was, everybody would do it, but I wanted to give it a go.”

He also looked at a way to start a business with his 14-year-old son, William, whom he said thought the idea of transforming classic sports cars into electric vehicles was “cool.” Growing up, Kneider wanted to work with his own father, George, who worked as an architect for more than 50 years and whose clients include premium automotive manufacturers. He sees Riise EV as a company he can develop into something where his son could join him one day.

So far, his team has converted one car and is close to finishing another. It has also converted one bus. He said he could sell them, but the plan is to convert at least 10 examples that he can show to interested clients.

“I’m finally doing it, but I’m just starting to go out and sell it because I can show it,” Kneider said. “People don’t want to buy something they can’t see. People want to buy something they can feel in touch. I’ve already had people wanting to buy the car and the bus. I’m trying to utilize this to show people it is possible and then they can start putting orders in. It takes a little time because it’s a new way of thinking.

“I’m just blazing a trail, and I don’t want to sound like when Elon Musk started Tesla. He started with a roadster and all the oil and gas companies and car companies like Ford, GM, Jaguar, Porsche and all the others didn't want him to do it because he was changing something. He was a disrupter. He had a lot of money backing him to be able to create tests and look at what it’s done?” he said.

“It’s paved the way for guys like me to now come in and do different things, along with probably a slew of other electrical companies.”

He said his idea is different because rather than building a new product, he is converting older vehicles to keep them on the road longer.