Canadian Auto Execs Share their Vision of The Future in Focus

A quartet of Canadian auto industry executives sat with media to share their thoughts on the future of the automobile during the inaugural Automotive Intelligence Series.

During this year’s Canadian International AutoShow, I have been fortunate to be representing Wheels.ca  in a series of panels called AutoShow Live. The tone of these panels was actually set on the opening day of the show, when a quartet of Canadian auto industry executives sat with media to share their thoughts on the future of the automobile during the inaugural Automotive Intelligence Series.

Before the executives got their turn however, Ontario Premier Kathleen Wynne was ushered to the podium. Quoting from a book in which a Google engineer says their self-driving car “has no blind spots”, Wynne describes what she feels are the keys to keeping the auto industry viable for the future in this province including the threats to free trade. The Premier emphasized the need for more accessible education, particularly to those who are less privileged, to ensure that Ontario’s workforce is ready to lead the way in the future.

If I’m being totally honest, Wynne’s address came across as more of a campaign speech than actually adding anything to the industry conversation. 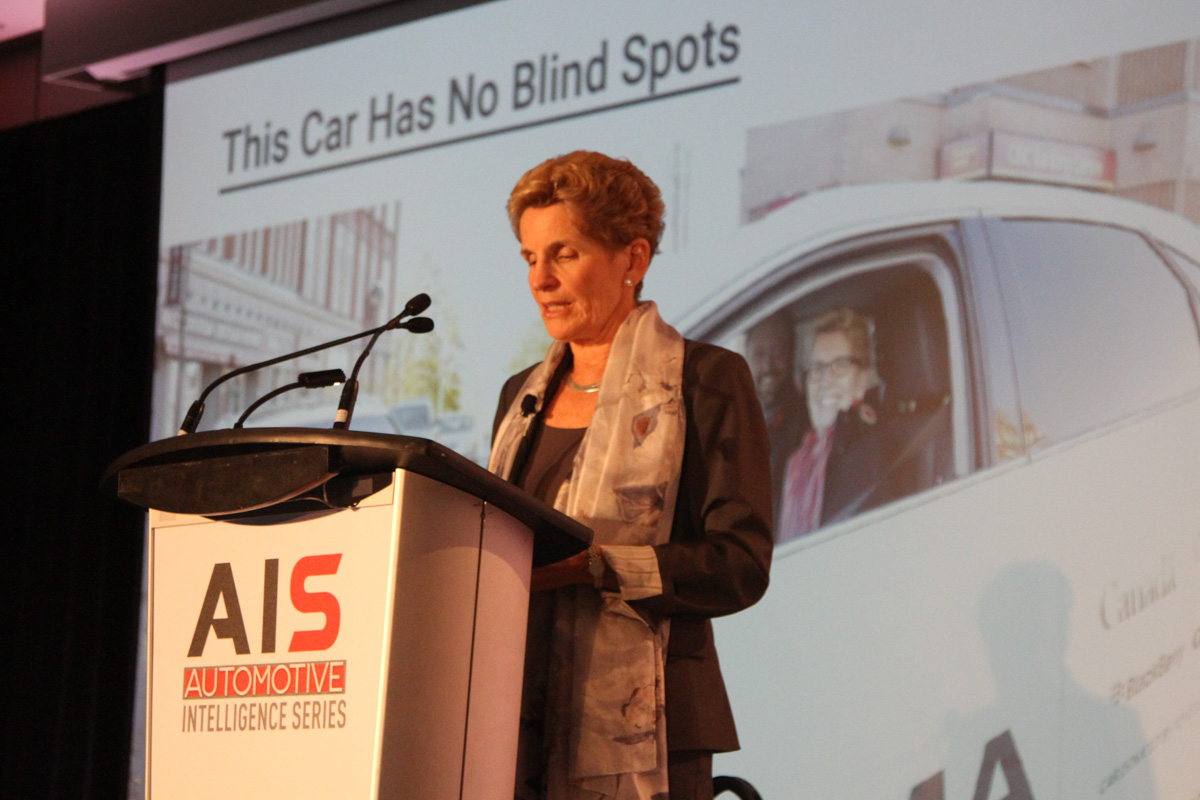 To begin the executive portion of the discussion, Hyundai CEO, Romano, pointed out that much of the discussion surrounding the future of the industry revolves around product. While Hyundai is building electric and hydrogen vehicles, Romano feels that biggest change to the industry is going to be in the way that consumers buy and service vehicles. The Amazon model has changed other industries and Romano foresees that the auto industry will have to make similarly drastic changes to allow it to remain relevant to consumers.

Nissan’s Paiva showed just how diverse the industry views are when he went on to say that while the digital aspect of selling cars is important, the old ways will not go away, as a certain amount of human touch is required from design to market. As retail pioneers in the EV market with the Leaf, Paiva feels that Nissan was ahead of the curve and all others have now jumped on the EV bandwagon. Paiva says that the future lies in innovation and technology and bringing them to market first.

Kia has long been known for offering more tech than other manufacturers per dollar, so it is no surprise that Lancaster feels that product is key. Not only building product like the new Stinger, which appeals to consumers, but product which offers functionality that makes consumers’ lives easier.

Moderator Richardson made the room giggle with his opening comment to Brian Fulton at Mercedes-Benz, “You sell cars that are very expensive”. Fulton was quick to join the product side of the conversation, saying that they need to continue “making products that meet and exceed customers’ expectations.” That one is right out of an ownership satisfaction survey.

From after sales perspective, Edwin Ulak agrees that the business model needs to change to keep pace with the times but that while consumers do actually need to touch a vehicle before buying, they also want to sit at home and research “in their Star Wars pajamas”. Ulak says that consumers biggest “pain point” when shopping for a new car today is the amount of time it takes to go through the sales process at a dealer, which supports Don Romano’s comments.

No surprise here: all of the execs agreed with Wynne, that free trade is a key element to keeping the industry vibrant moving forward. If NAFTA goes away, the price of everything will increase, regardless of where it is made.

“To me the future is definitely electric, there is no debate about that. Ten years ago there was a debate but today there is no more.” Joni Paiva

On electric vehicle charging times relative to filling a gas tank: “There is nothing that slows us down in society that succeeds.” Don Romano

The group are all in agreement that electrification is the future and that plugin-in hybrids offer the best compromise between petroleum power and electric powered. Infrastructure, expense and time are the current barriers, but all expect those barriers to fall rapidly over the next couple of years.

That being said, Ted Lancaster backed up something that I have been saying for a long time. The industry still has not figured out a way to responsibly recycle all the nasty components that go into making a battery. “I think electrification is fantastic, but there is still a lot to be done with recycling” says Lancaster, adding that batteries do have a charge limit and “we still have a lot to do to ensure that we minimize any damage to the environment”.

There is little question that the technology that will lead us to cars which are able to drive themselves is rapidly coming closer to being ready for the market. Many manufacturers have some of the required functions already in production, from active cruise control to vehicles which stay in their own lane or even change lanes without human input. There are several cars on the market which can park themselves and a couple that, if allowed to, would be able to find their own parking spot.

The real question is, when will we be able to allow the machine to do all the work, or put another way, when will human drivers no longer be required?

The sentiment shared by all of the executives is that while they each have varying levels of autonomous technology currently available, we simply aren’t there yet. Beyond the actual technology, there are many moral and ethical questions which have yet to be answered. Once the industry and society wraps their collective heads around the many “what if” scenarios, it will then be up to the legal community to determine when motorists will be able to multitask or even take a nap behind the wheel. Truly self driving cars are a long time away from being a reality. 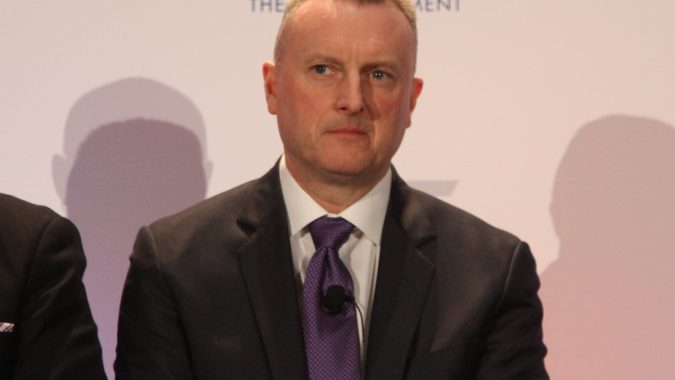 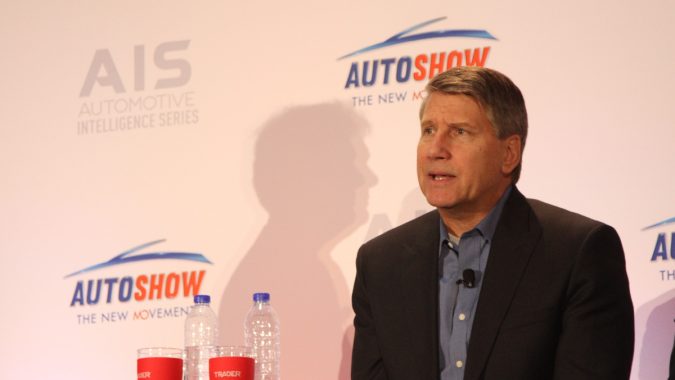 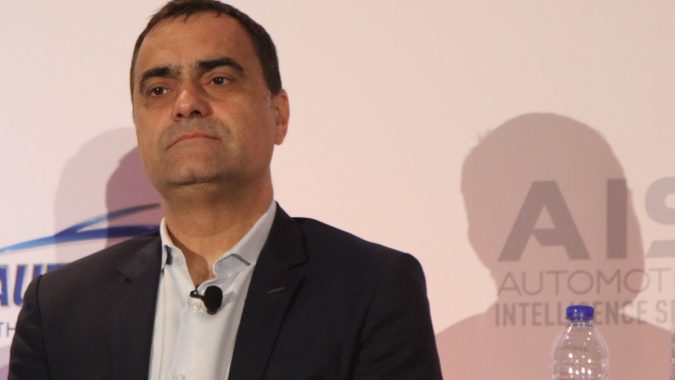 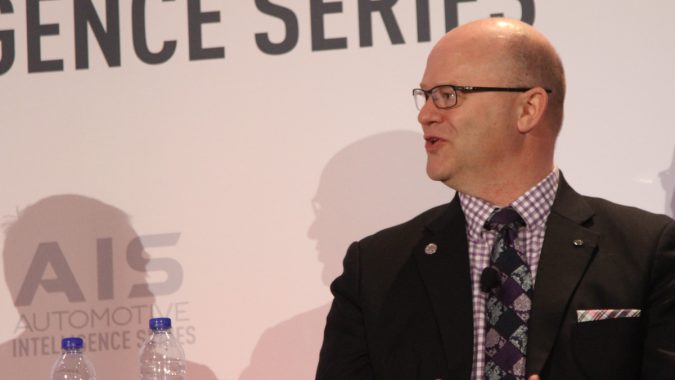