Like every racer, Riley has experienced the usual highs and lows of racing, along with the occasional low brought on by his autism.

Talk to those in the know about Autism and they will tell you that most individuals who are “on the spectrum” have one thing that excites them. One thing that they will be passionate about, one thing which may allow them to stand out above the norm.

Jason Riley was approaching his wits end, trying to find that one thing which would engage his son Austin, as every activity the family introduced Austin to was deemed a non-starter.

When the Uxbridge Dad saw a flyer for arrive and drive kart racing at the nearby Goodwood Kartways, he wondered if maybe, just maybe, kart racing might be the thing that caught Austin’s interest.

To that point, the one thing that consistently excited young Austin was cars, so the idea of him actually driving was conceivable. Riley arranged a test visit to see if his young son was able to remain composed and actually drive.

The outing was more than successful. He had so much fun that 8-year-old Austin refused to come off the track. Austin’s passion had been found.

Fast forward a little more than a decade and 20-year-old Austin has not only competed but has excelled in racing, first in karts and for the past three years has been a top competitor in the popular Micra Cup series. 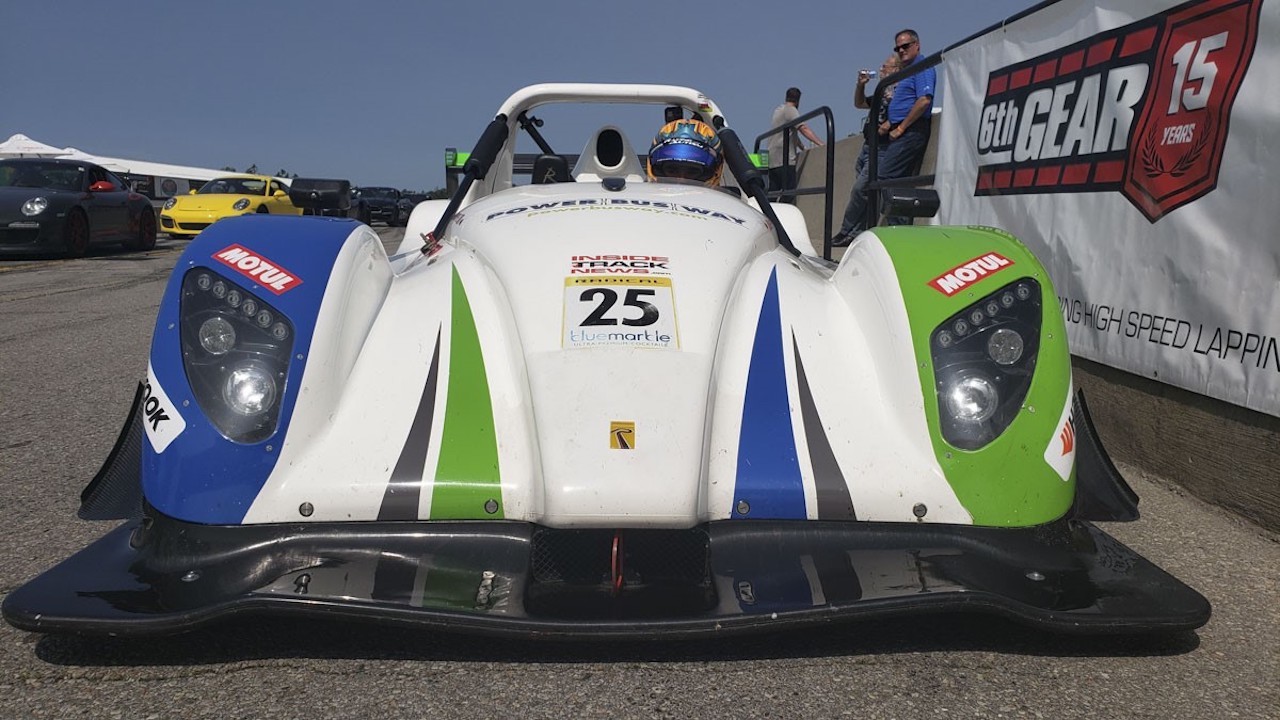 Like every racer, Riley has experienced the usual highs and lows of racing, along with the occasional low brought on by his autism. There have been times when emotional melt-downs have brought a race weekend to an end before they start. Despite the challenges, Austin is at his very best when he is racing, so his family works hard to ensure that he stays behind the wheel.

I caught up with Jason at Canadian Tire Motorsport Park earlier this racing season while Austin was about to test a car which offered substantially higher performance than a showroom stock Micra, to see if he had the ability to go faster.

Jamie Ford, part of 6th Gear, a lapping day community-based in one of the historic Formula 1 era garages at the facility, made arrangements for Riley to have some seat time in a Radical sportscar, an open-top purpose-built race car which loosely resembles a historic Can-Am car.

Under the watchful eye of driving coaches and Radical Canada owner Robert Burgess, Riley strapped into the low slung machine and headed out onto the legendary Mosport Grand Prix circuit.

Getting up to speed quickly, perhaps a bit too quickly Burgess pointed out, Austin showed in just a handful of laps that he was able to run a pace which would have put him mid-pack in a racing situation.

From that session, father and son went straight to the airport, bound for Portland International Raceway where Austin was going to be racing in the newly created Saleen Cup. 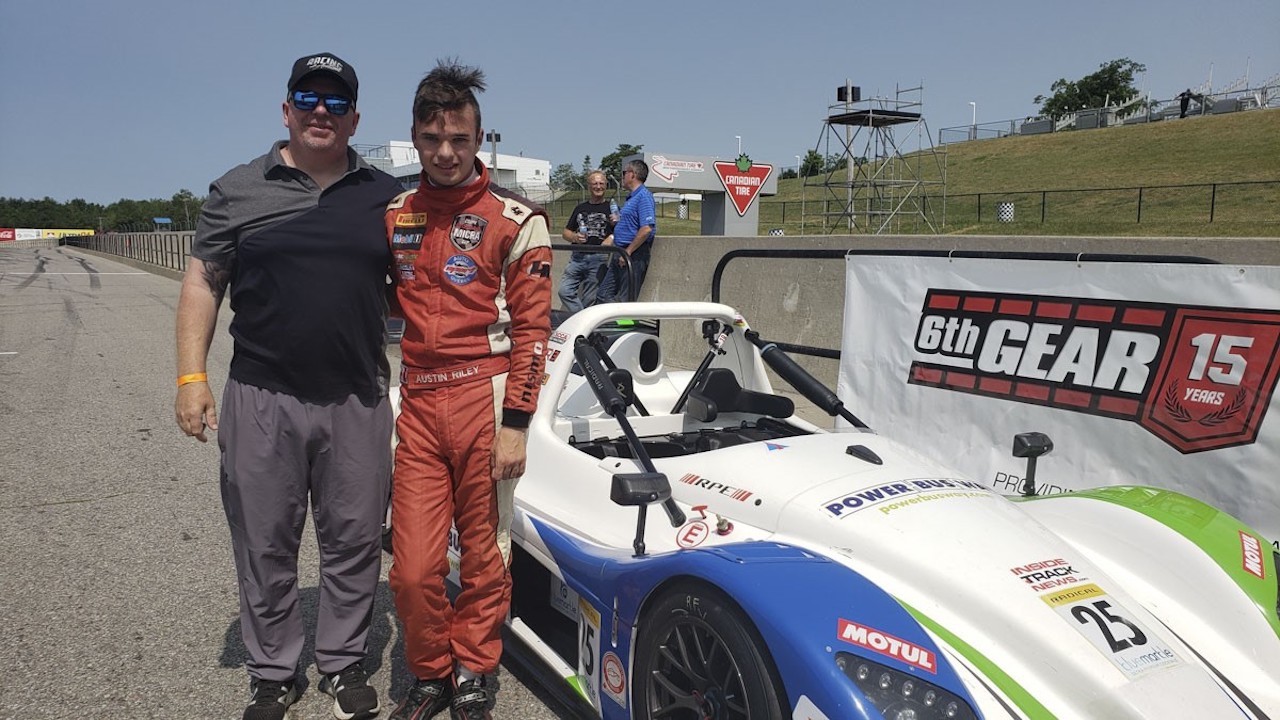 Riley and driving partner Carter Fartuch won that first race of the series, putting the Canadian in the lead of the Young Driver’s championship. The prize for that championship was a big one: a factory ride with Saleen in the GT4 series.

Success continued to follow Riley throughout the rest of the events, as did major market American media. Going into the final race, Austin had the championship lead but suffered a mechanical issue that saw him finish third in the race. The way the points fell, Fartuch, who won the race, tied Austin for the championship lead and won the overall championship.

Naturally disappointed, the Riley men went to the series banquet later in the evening, where Steve Saleen had promised a surprise.

On stage, the automaker said that there were really three champions, adding that while Fartuch won the championship at the final race, “Austin actually carried the whole championship until the last race.” The two had the same amount of points, but Fartuch had scored more race victories, making him the series champion. To recognize the efforts of the other young drivers, Saleen decided to create an award program called the Saleen Scholarship and awarded it to the Canadian driver. Saleen acknowledged that Riley is the first autistic race car driver and overcame every challenge that was thrown his way throughout the season. The award included $25,000 and a free ride with the Saleen factory effort in GT4 for 2020.

Austin’s racing efforts are branded as Racing With Autism and the team is ramping up their marketing ahead of the 2020 racing season with the launch of a calendar and t-shirt as they build buzz for another announcement regarding their racing package for next season.

Learn more at Racing With Autism 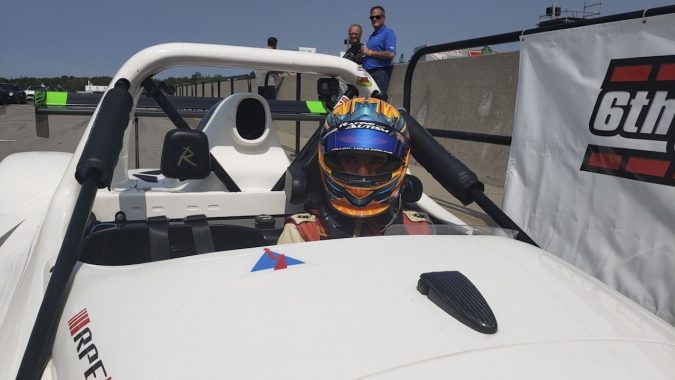 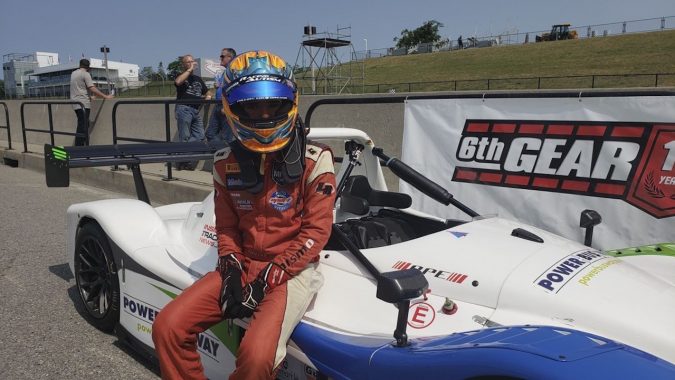 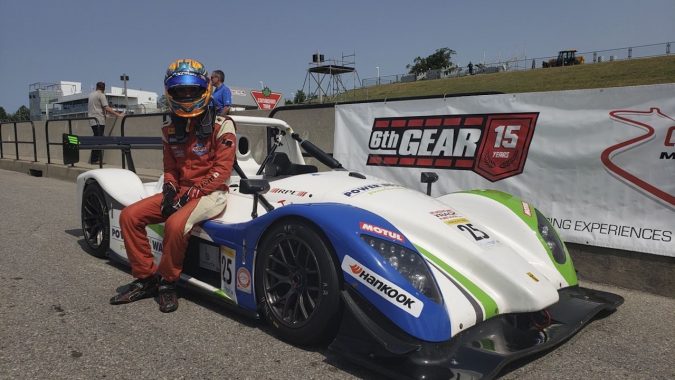 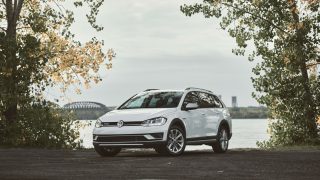 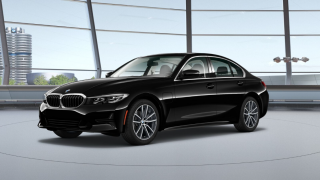