The pinnacle of Audi EV

In a none-too-subtle hint as to which direction Audi’s future products will all be heading, Mark Del Rosso, President of Audi of America introduced the “electric has gone Audi” tagline. It seems that when it comes to the EV world, Audi sees itself firmly at the forefront, and the e-Tron GT Concept – which we’ll see a production version come 2020 – is at the EV forefront at Audi.

“It is the next supercar for superheroes,” he said. “Simply the absolute best of the Audi brand, and a stark contrast from the expected.” That last bit may read a little weird, but it serves as an allusion to the Tony Stark character of the Iron Man and Avengers movie series. Why Stark? Well, he’ll be driving one when Avengers 4 arrives next year, a point rammed home when they featured Robert Downey Jr. in an introductory video shown during the presentation. The character’s driven Audis in the past, too, though they conveniently neglected to mention that one of the first times we saw the latest Acura NSX was in the hands of that very same character.

The e-Tron GT is a looker, though. Not quite as crazy as the I.D. stuff that parent company VW is always on about, the GT is more of a RS5 meets concept car. Which is not bad thing because it is a handsome beast, with aggressive cuts in the bodywork, sharp angles, big wheels and loads of presence. It may not have a big V8 under the hood, but on looks alone you can tell it’s got the goods.

“As designers, we always want big wheels, low cabin (the e-Tron GT is two inches lower than the A7) and a wide track,” said Marc Lichte, head of Audi design AG. “My philosophy is if the combination between function and aesthetic is in good harmony, then it is a good product and it will be timeless.”

For their part, the numbers help ratify the design’s aggressive intent: 590 hp, 400 km range and 0-80% charge in 20 minutes when using a CHAdeMOS level III charger. Most will realize that those figures put it squarely in the Tesla Model S’ wheelhouse, and you can bet Audi has plans on taking a chunk of the market away from the Californian brand. While there are plenty of EVs out there, no manufacturer – other than Tesla – has a full-EV grand tourer like this, especially one that makes those kinds of figures; the Porsche Panamera Turbo S E-Hybrid, the second most powerful car in Porsche’s current line-up and the closest comparison to the e-Tron GT, makes 680 hp from its hybrid powertrain.

Inside it looks properly futuristic what with another application of Audi’s virtual cockpit. The bigger news, however, is that Audi’s calling it a “vegan” cockpit, as many of the surfaces and details found therein are made from organic and recycled material. 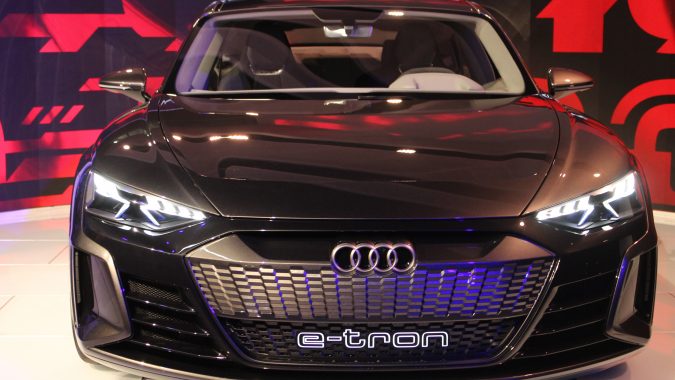 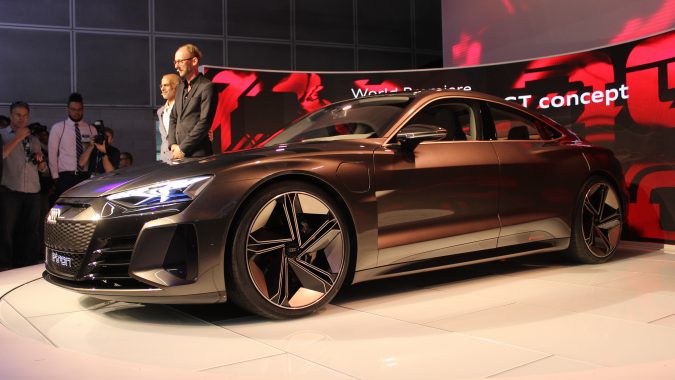 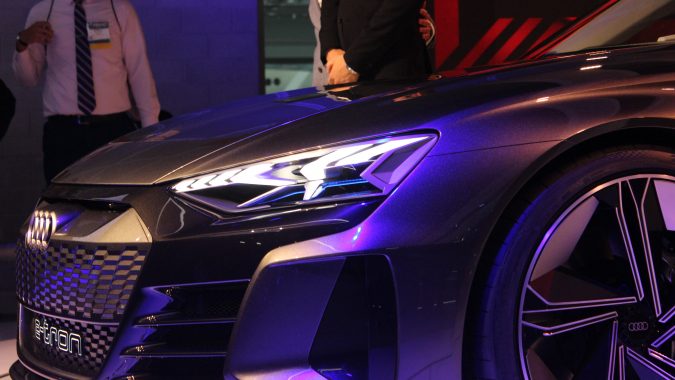 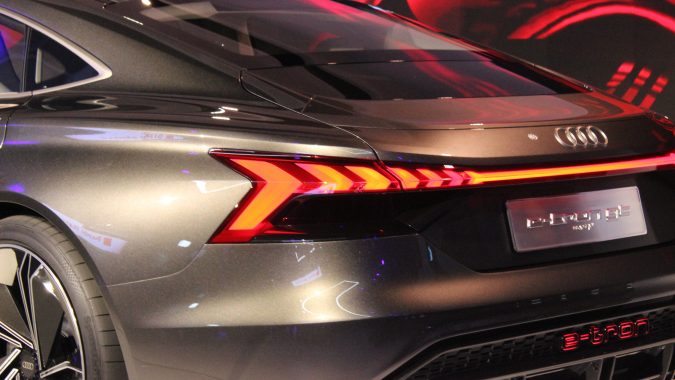 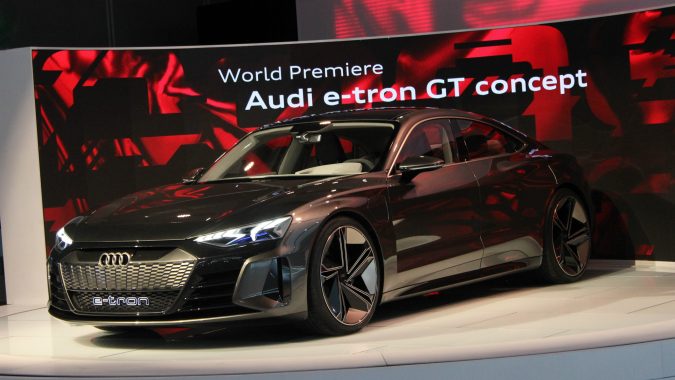 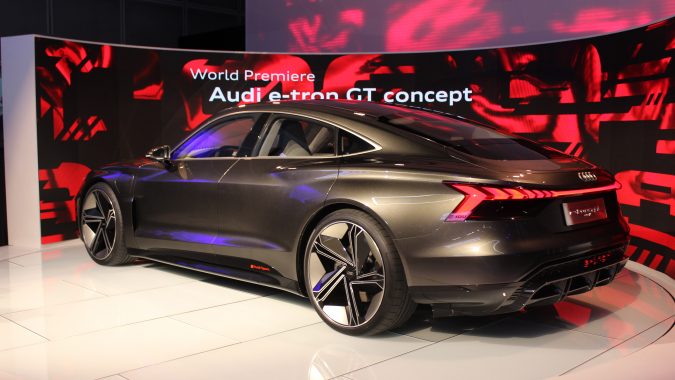 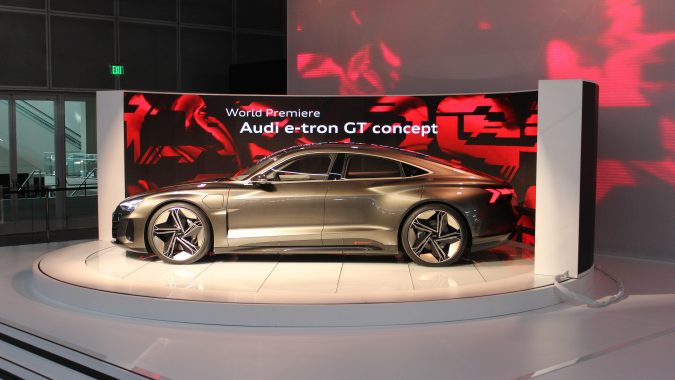 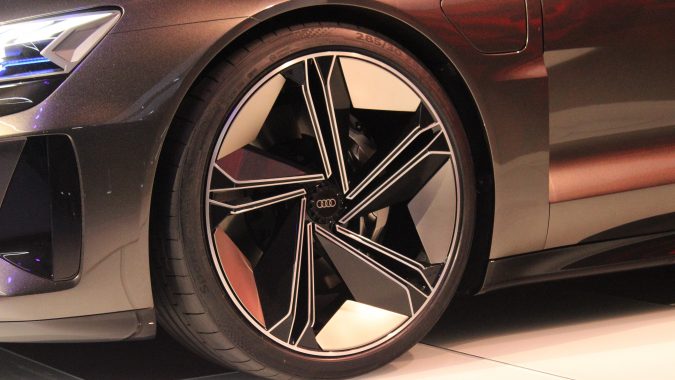