Audi has just announced around €14 billion ($21 billion) in spending on electric mobility, autonomous driving, and connectivity by the end of 2023. While on the other side of the VW Group, Bentley’s new boss says that company doesn’t think that batteries are quite there yet for an EV of its own.

“This planning round bears a clear signature: We are taking a very systematic approach to electric mobility and will be much more focused in future. We are consistently prioritizing our resources for future-oriented products and services that are highly attractive and relevant to the market,” says Bram Schot, temporary Chair of Audi. “With models such as the recently presented Audi e-tron GT concept, we want to electrify people again for Audi and at the same time be an agile and very efficient company.”

The big spending is set for between 2019 and the end of 2023, though the company will almost certainly continue to spend more after that. And that big number is a significant amount of the company’s total projected expenditures for the five-year period. Total spending is pegged at €40 billion ($60 billion).

Where is the money going? Electrification, for a start. Audi plans to have 20 electrified models by 2025. It says that half of those will have all-electric drive systems. That means that the rest are likely to be either a plug-in hybrid or a mild hybrid 48-volt system like the company has recently released in the A6 and A8. That system uses a starter-generator to add some electric assist, and some extra start-stop, but doesn’t really ever run on purely electric power.

Audi is also planning for more digitalization. That means a changing business model to on-demand services. Think ride-sharing and even subscription services. The company is also working on a pair of electric vehicle platforms including the MEB system shared with Volkswagen and the PPE platform it will share with Porsche.

Meanwhile, over at Bentley, CEO Adrian Hallmark says that battery power density isn’t yet ready for that company’s ultra-luxury cars.

“The problem is when you get to our segment with the size of our vehicles and the frontal area we push through, current battery power density limits the size of the car you can offer with credible driving range,” Hallmark, who came to Bentley just six months ago from Jaguar Land Rover, told Automotive News Europe.

The company is definitely interested in electric, though. Hallmark said that an EV would appeal to a large segment of very rich buyers who currently don’t own any ultra-lux cars. He believes that an EV would bring them into the fold. He also said that 40 percent of current Bentley customers have considered or would consider an EV.

When could battery tech catch up? 2023-2025, Hallmark said. And when it does arrive? “It will be a Bentley first and foremost, and it will be an electric Bentley second,” he said” 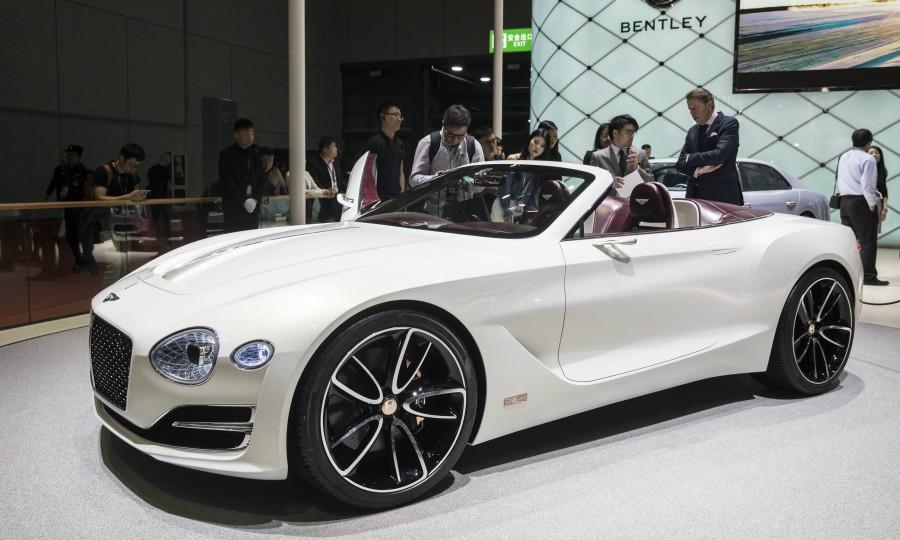