The lines between sport and utility have long been blurred, with manufacturers injecting their tall wagons with ever increasing amounts of horsepower and handling prowess in an attempt to deliver a Stone Cold Stunner to the laws of physics. It’s been working, too. Witness the Lamborghini Urus and Porsche Cayenne Turbo as prime examples.

Now, Audi is bringing the heat to the smaller end of its SUV and crossover range by creating the new RS Q3 and RS Q3 Sportback. Set to be powered by the company’s tremendous 2.5L TFSI inline-five, this pair of speedy rollerskates should crank out 400 ponies and rip to highway speed (or close to it, now that Doug Ford’s increased the limit to 110km/h) in just 4.5 seconds.

Anyone who’s buried the loud pedal in an Audi RS3 or TTRS knows the distinctive wail of this engine’s five-piston combustion borders on an addictive substance. The RS Q3 series will deploy a dual-branch RS exhaust system to underscore that unmistakable sound. Those who like their exhaust notes in Extra Tasty Crispy flavour should opt for the sport exhaust package.

Power will flow through a seven-speed S tronic gearbox to a Quattro permanent all-wheel drive system. Audi’s Drive Select system will allow for varying levels of shenanigans depending on the route one is taking to soccer practice. Standard RS sport suspension lowers the body by an extra 10mm to the macadam compared to a stock Q3. Six-piston RS steel brakes bring a halt to the fun; RS ceramic brakes are available optionally in gray, red, or blue. 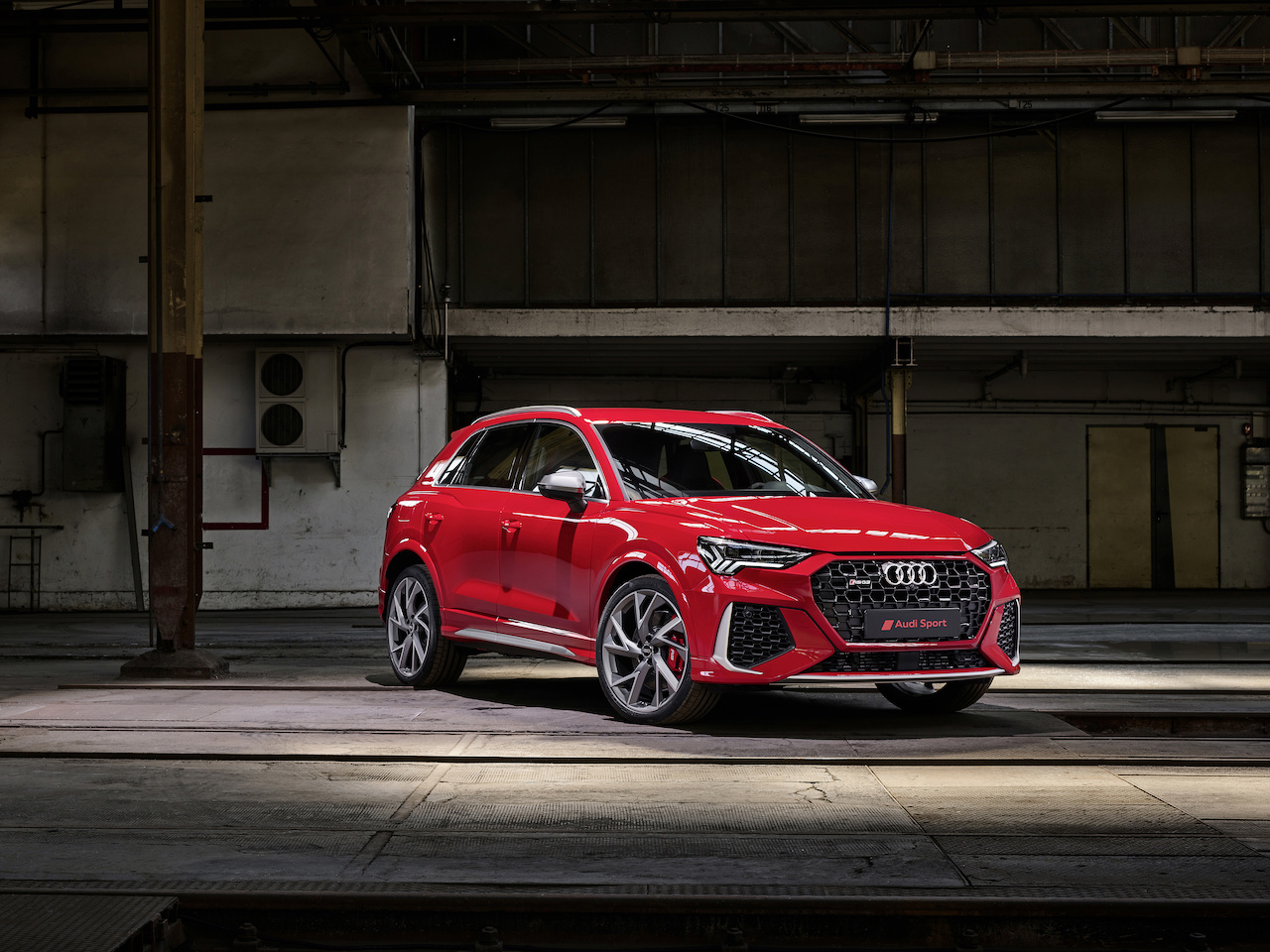 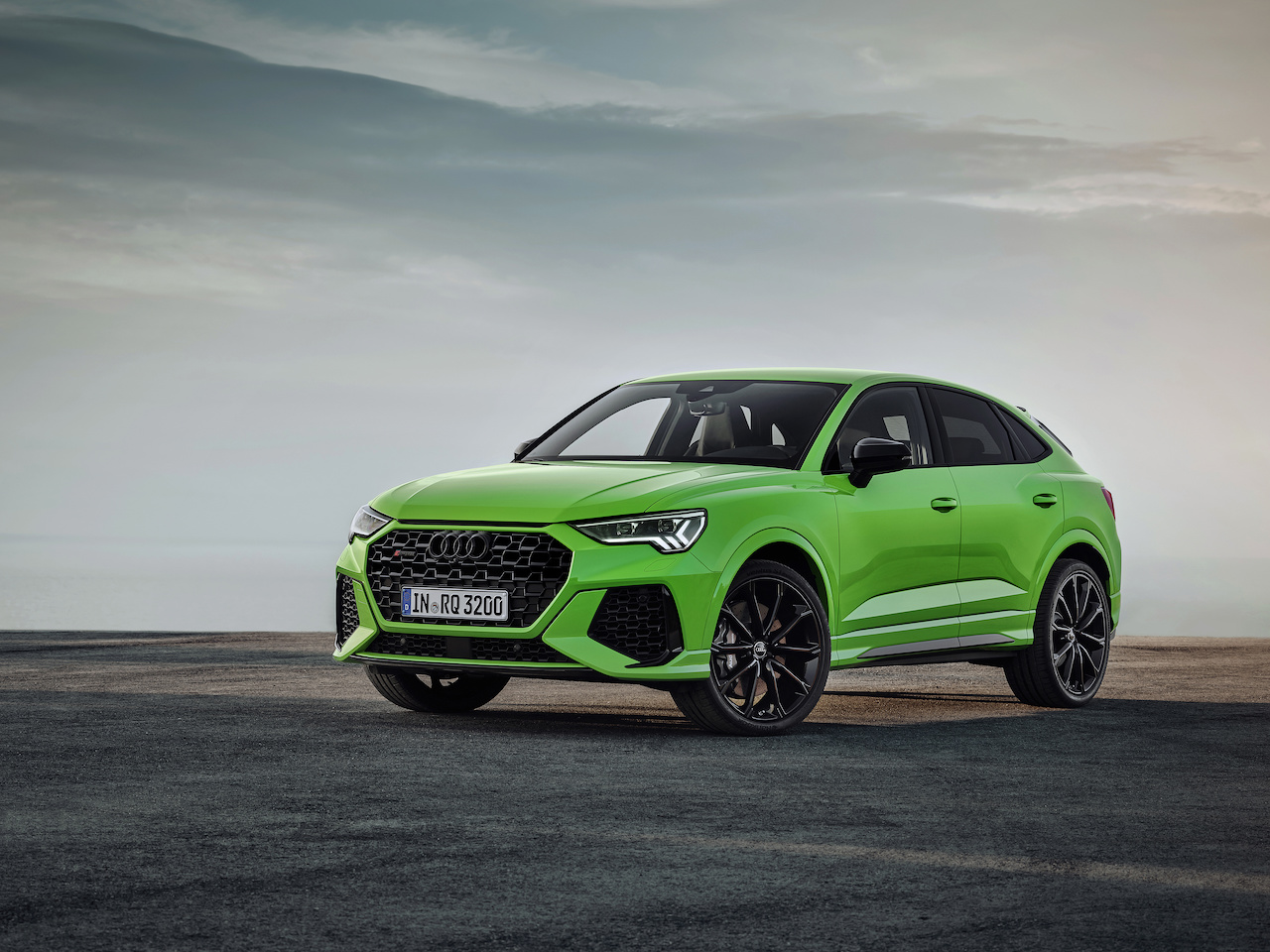 As for style, these machines will have appropriate RS addenda to distinguish them from their milquetoast brothers. The RS Q3 Sportback will have a downward sloping roofline, chopping 45mm (almost 2 inches) of height compared to the RS Q3. This alarming trend of purposefully cutting interior space out of a crossover-type car has spread like wildfire through the industry so we shouldn’t be totally surprised that Audi has picked up the gauntlet here. At least they didn’t call it a coupe.

Will this inline-five bundle of fun be available in Canada? Signs point to ‘yes’, with reports last year strongly indicating we will indeed see the RS Q3 on this side of the pond. After all, Audi sells the delightfully rorty 2.5L inline-five in a couple of different cars here already, so it isn’t a stretch to see them use it in a machine with crossover-like proportions.

Audi does confirm RS Q3 and its Sportback variant can be ordered starting in October this year, going on sale at dealerships in Germany and other European countries by the end of 2019. 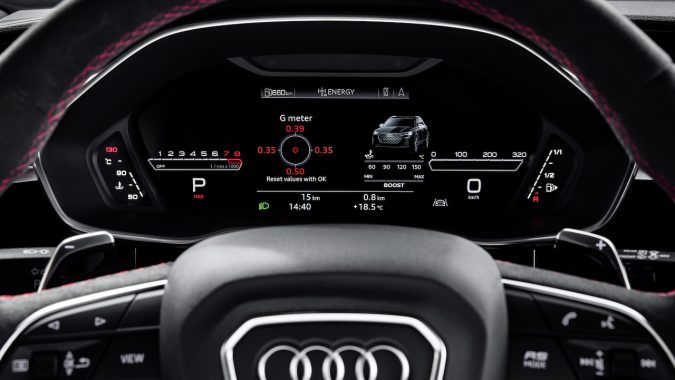 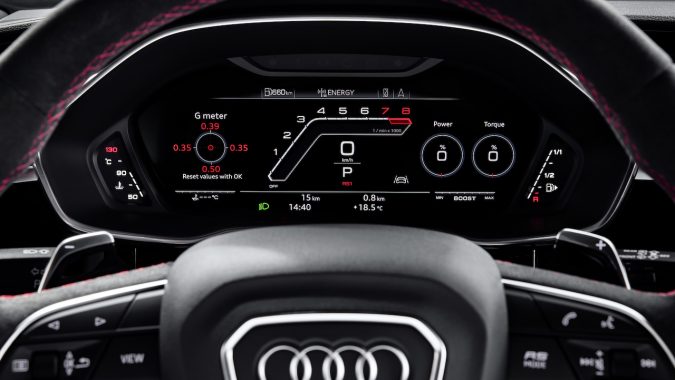 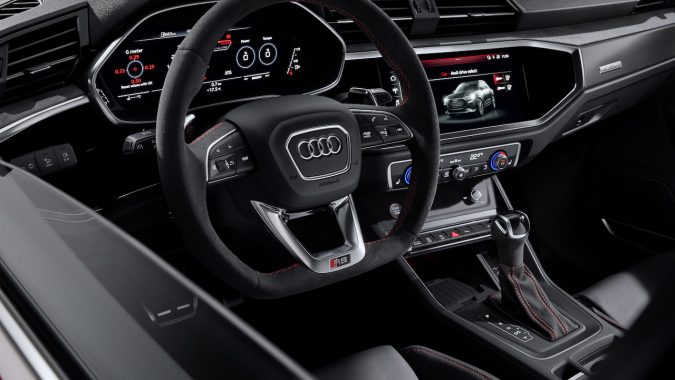 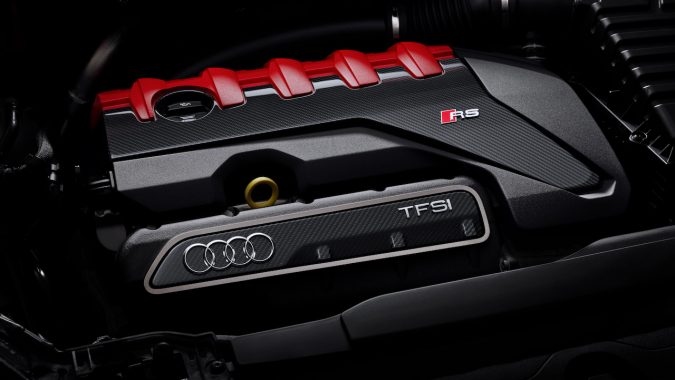 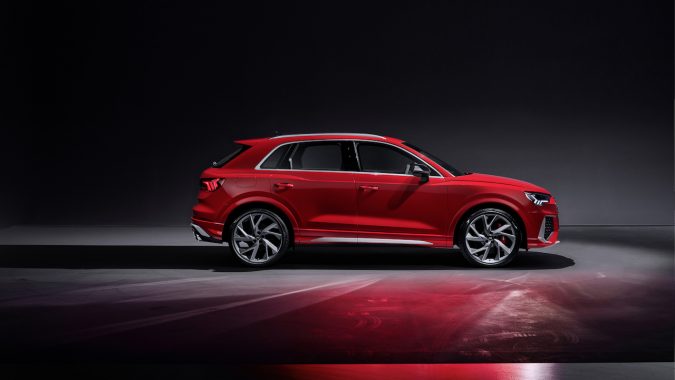 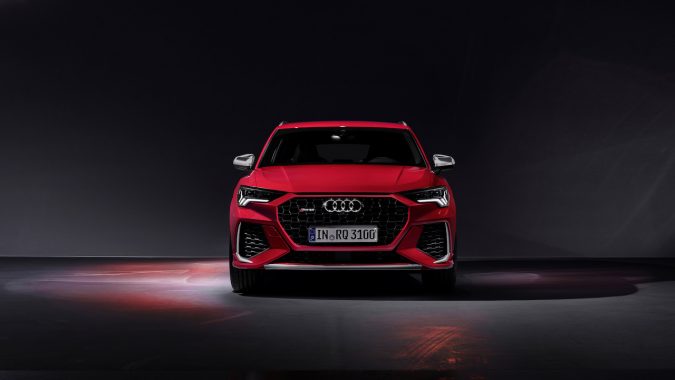 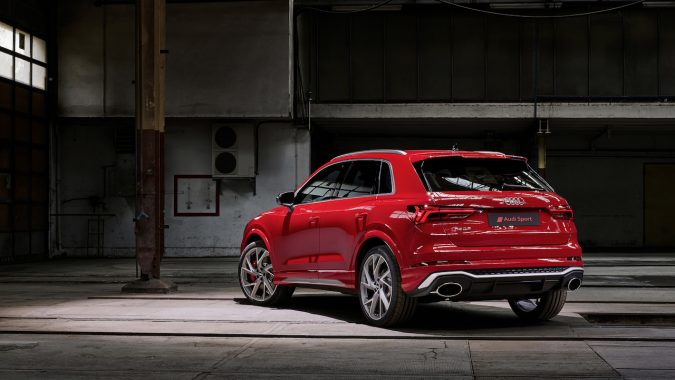 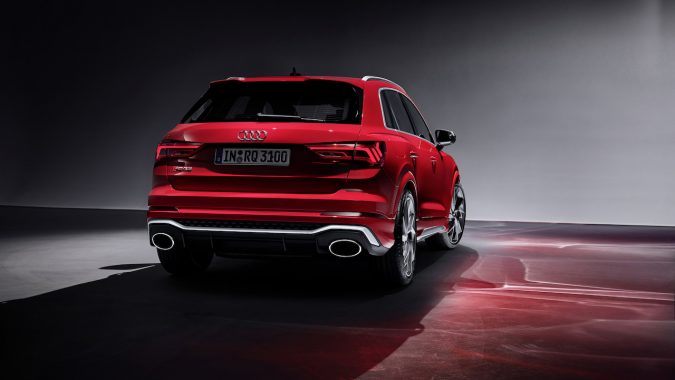 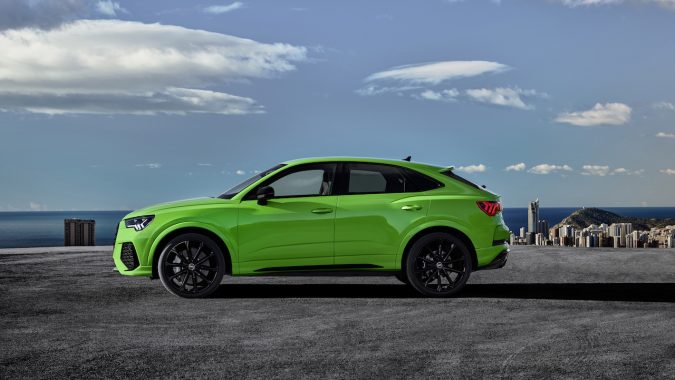 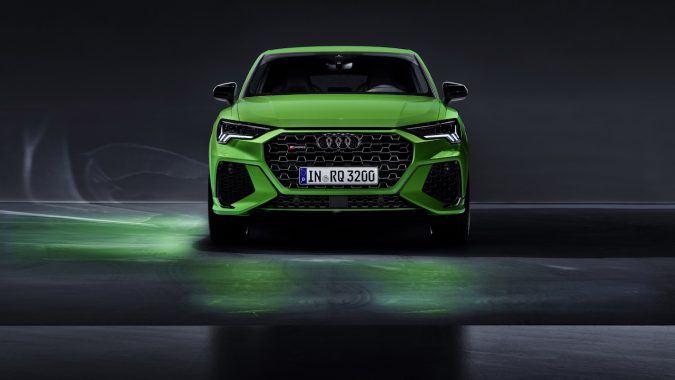 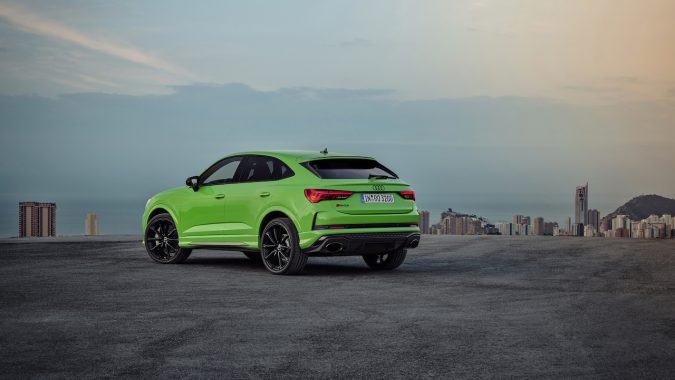 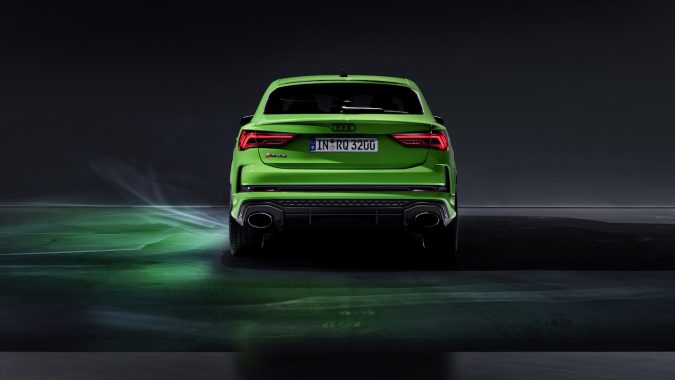 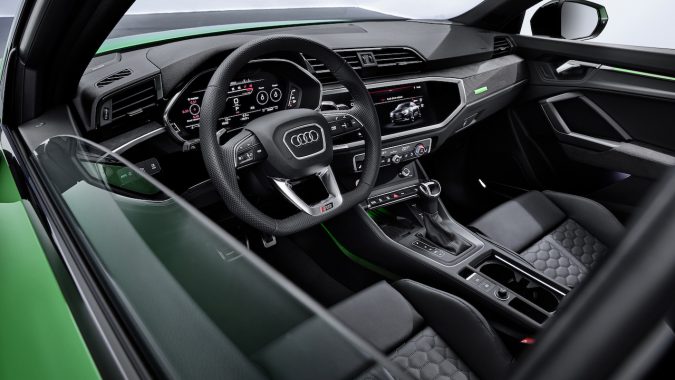