The AI:Trail is the latest piece in a quartet of concepts from Audi that includes the Aicon, AI:ME, and AI:Race.

When it comes to Audi, you probably think more about high-performance on pavement than a go-anywhere crawler, but with the AI:Trail quattro concept, the brand is looking to change that. With a vision for the future of transport that expands their current brand.

The Trail is intended to help you explore. To disconnect. So Audi has dropped the big screens everywhere instead of broad glass surfaces. “With the AI:Trail, we are showing an off-road concept with an emissions-free electric drive for an innovative driving experience away from paved roads. Consistent with this, we designed a monolithic basic vehicle body with maximum glazing to create an intense connection to the surroundings,” said Audi design boss Marc Lichte.

It’s fitted with massive 22-inch wheels and 33.5-inch tires that boast variable air pressure regulation that’s controlled by optical and stability control sensors. So it’ll adjust the pressure in real-time for the terrain you’re on and use the sidewalls to add 60 mm to the total suspension travel. With loads of ground clearance and the ability to ford half a metre of water. Audi says that it uses large amounts of carbon fibre, aluminum, and high-strength steel to make it light weight. Though at 1,750 kg this isn’t exactly a feather on wheels.

Pedals, a steering wheel, and a sport for your smartphone are the extent of the controls. Instead, it’s glass nearly everywhere. But there are plenty of electronics hiding underneath. Like Level 4 autonomous driving which lets it drive itself on mapped areas. The person inside will have to handle the driving off-road, since the variable nature of trails means that they’ll likely never allow for full-autonomous driving. Sensors still help the driver there, though, giving traction and acceleration data to make the Trail more stable. They can also warn you when you’re about to try too steep of an incline, or use up the last bit of ground clearance. 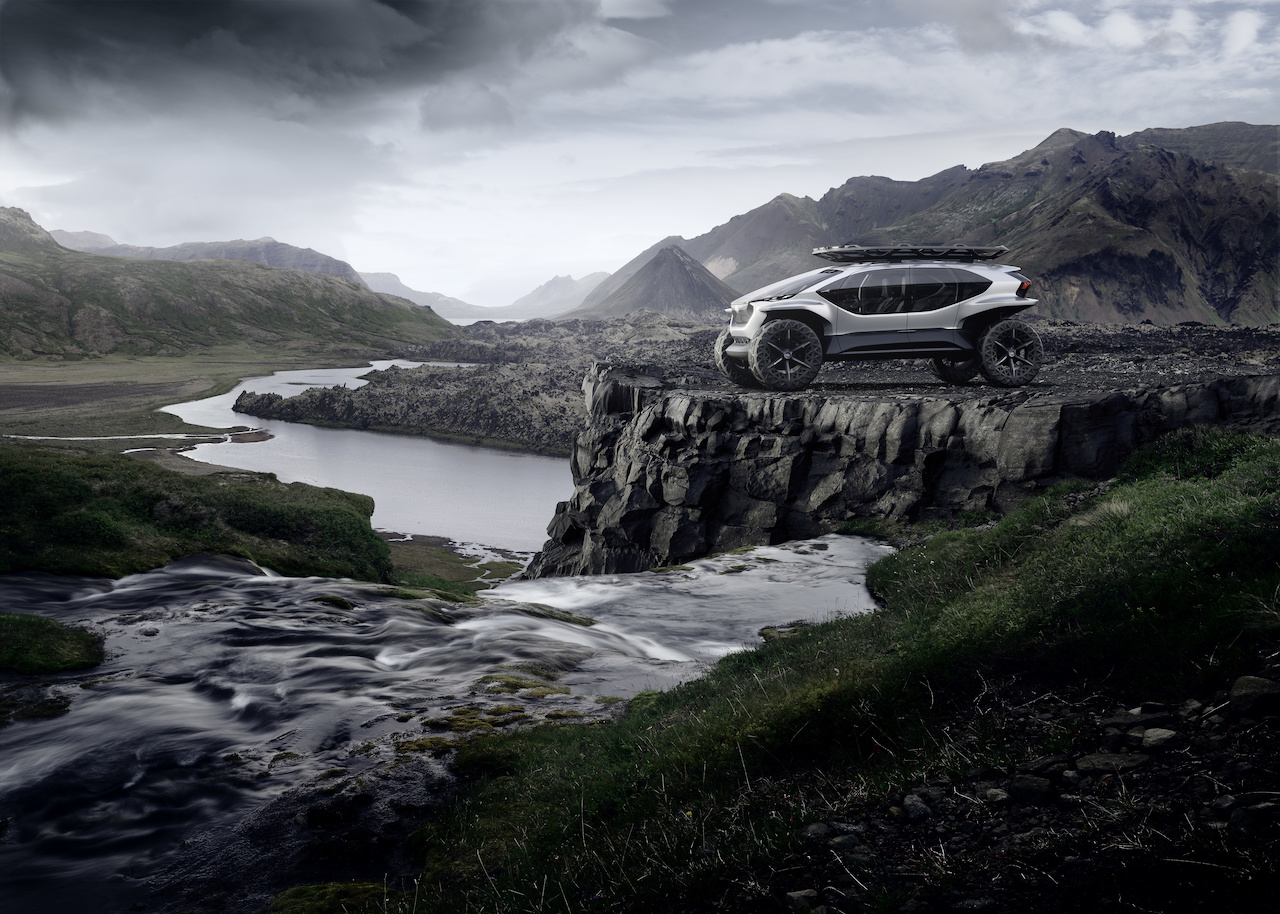 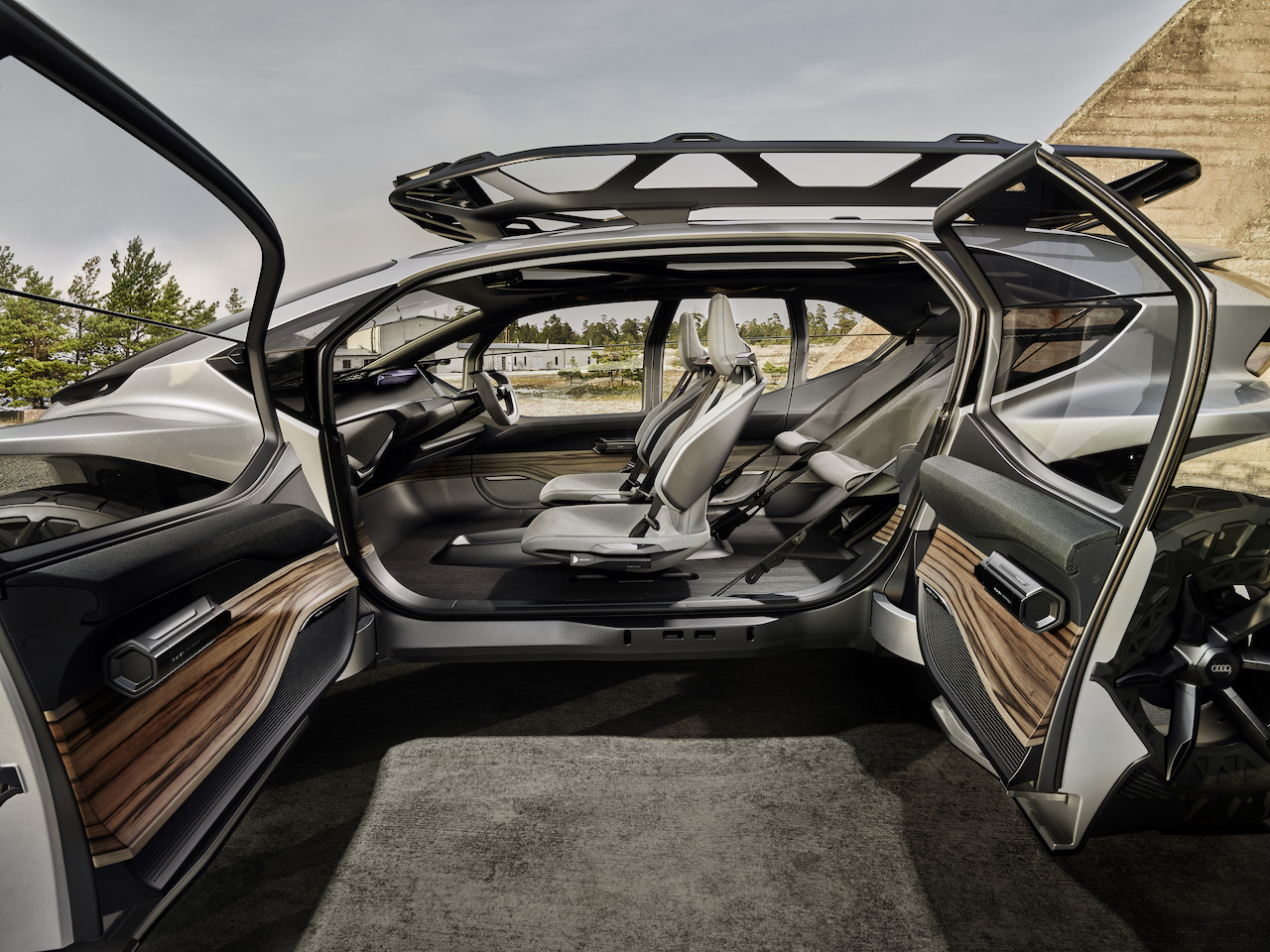 It’s a lithium-ion battery-powered electric, for which Audi has a target of 400-500 km of range. Or it would if this was more than just a concept. The motors output a total of 429 hp and 738 lb-ft of torque, driving each wheel with its own motor and doing away with the need for locking differentials.

The AI:Trail is the latest piece in a quartet of concepts from Audi that includes the Aicon, AI:ME, and AI:Race. It was on display at the Frankfurt Auto Show. 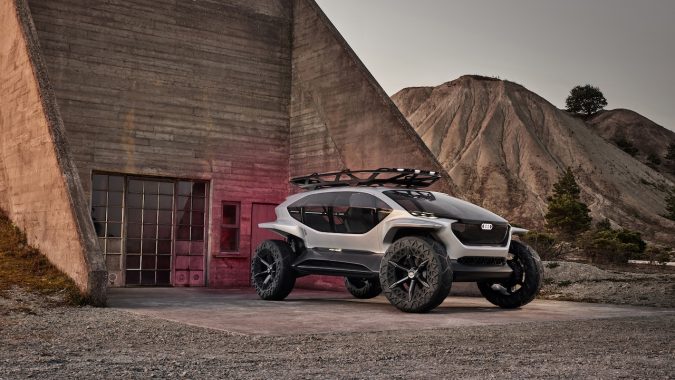 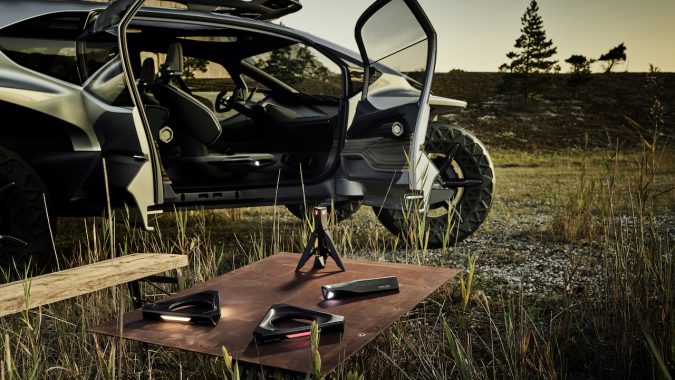 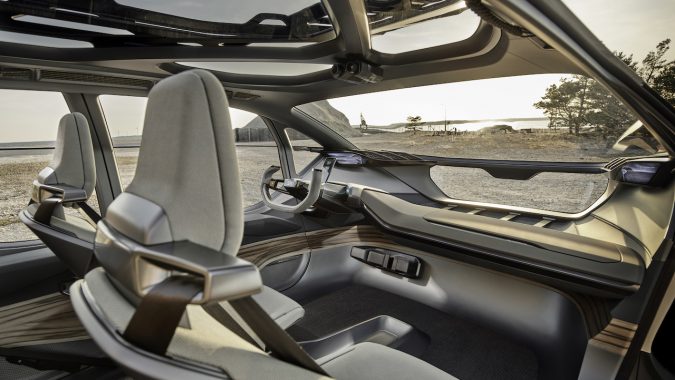 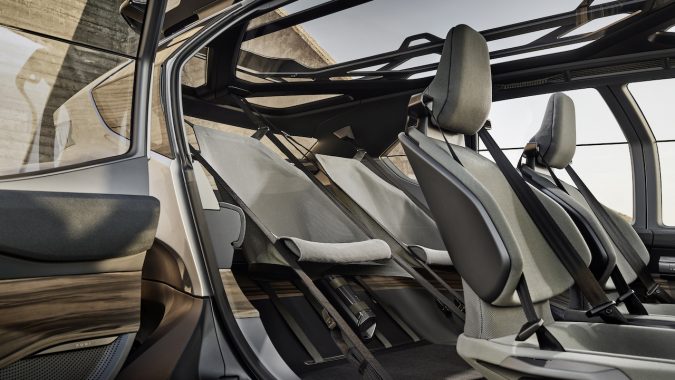 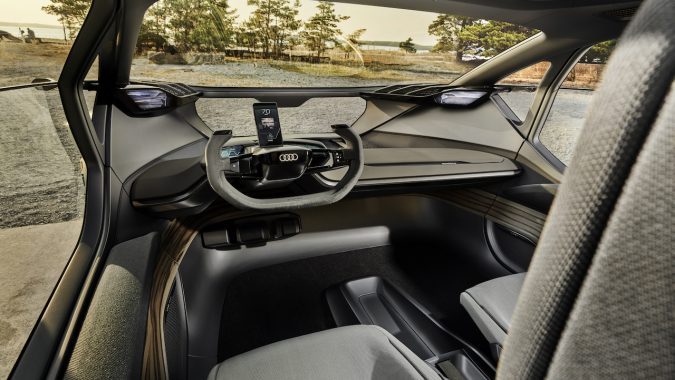 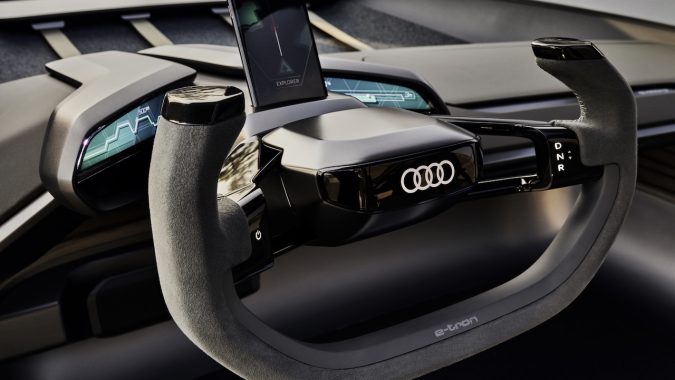 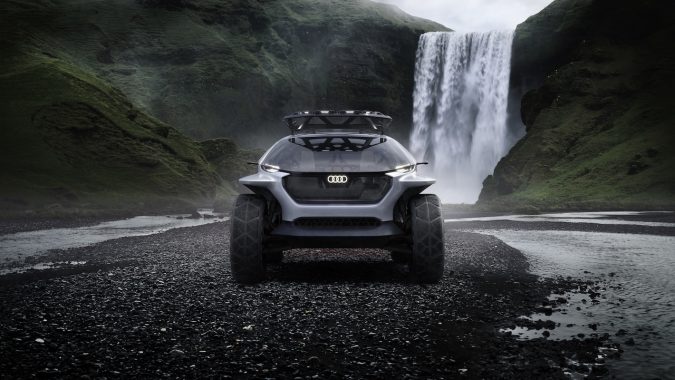 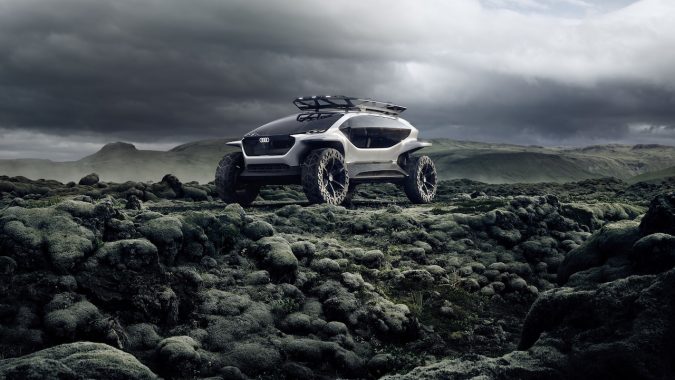 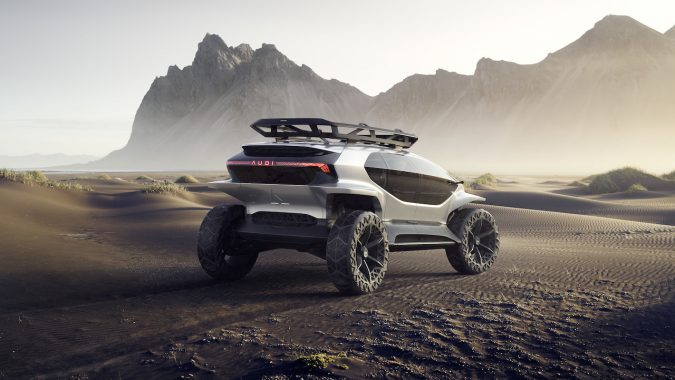