Audi’s A8 luxury sedan will be available for first time with standard electrified powertrain featuring a 48-volt primary electrical system.

The all-new Audi A8 range, which makes its debut next month, will be the first in the brand’s history to feature an electrified drivetrain as standard, representing another important milestone on the e-mobility pathway.

The combustion engines powering the next generation of the flagship luxury sedan will be equipped with mild hybrid technology based around a 48-volt electrical system which features as the primary electrical system for the first time.

The technology will work in favour of the running refinement and performance that are so crucial at this level, and also in the interest of greater efficiency.

The latter is only required for cold starts in the new Audi A8.

Then there is the lithium-ion battery in the luggage compartment to act as the energy accumulator for the MHEV (mild hybrid electric vehicle) with a 10 Ah charge carrier capacity and a 48-volt system.

The fourth-generation A8 can enter the noiseless coasting mode within the speed range of 34 mph to 99 mph, and can then coast with zero emissions for up to 40 seconds with the engine off altogether.

As soon as the driver depresses the throttle pedal again, the BAS prompts a swift, very smooth restart. In addition, start/stop operation is actually active from 14mph.

The convenient start/stop function in the new Audi A8 differs markedly from previous systems.

In the A8, the mild hybrid drive reduces fuel consumption during customer operation by up to 0.7 litres per 100 kilometres (62.1 miles). 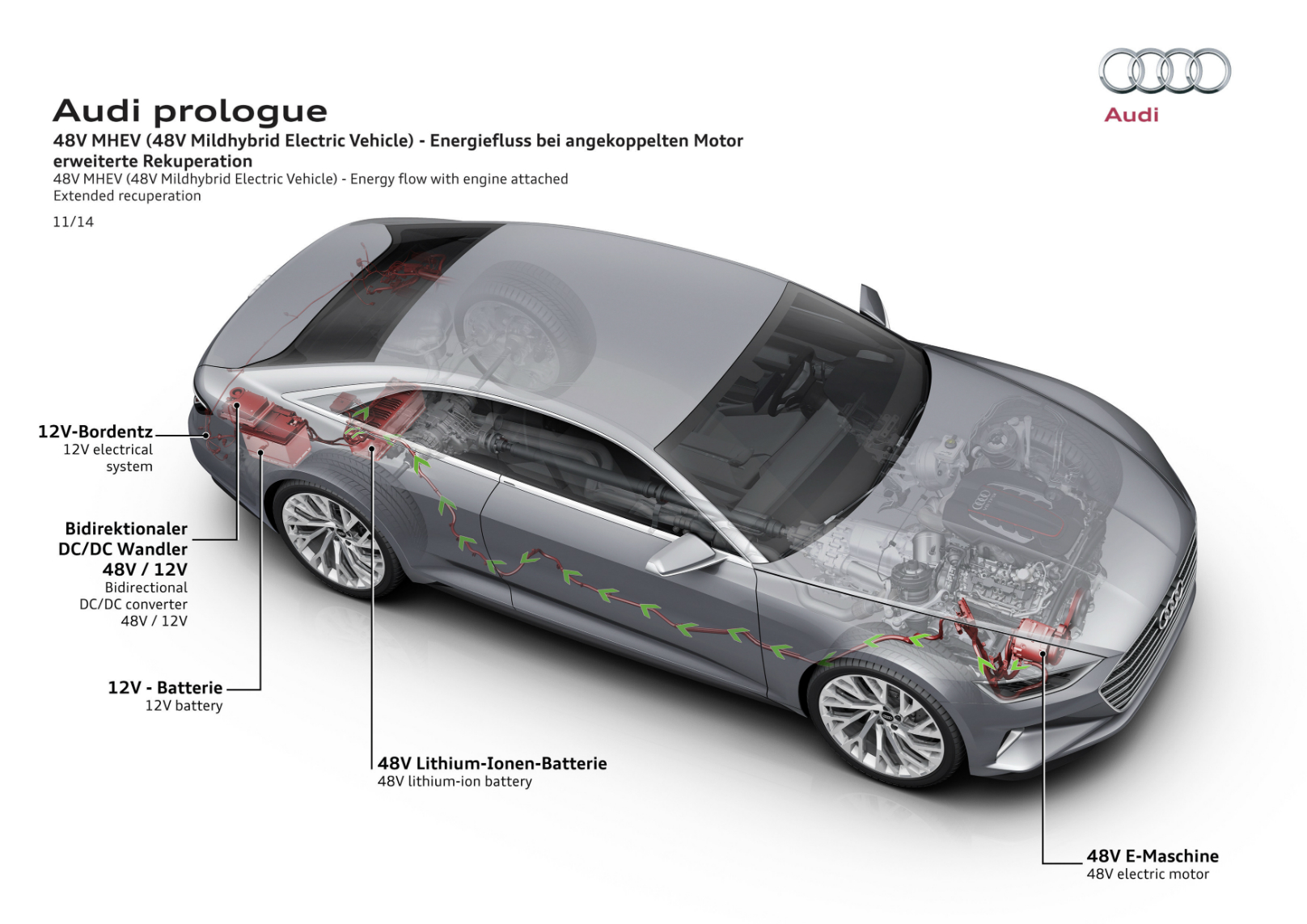