The A7 Sportback represents the new Audi design language to a great extent and delivers on the design promise made by the prologue studies.

The four-door coupe sets standards in the luxury class when it comes to progressiveness. It embodies a new style of Gran Turismo, with dynamic lines, systematic digitalization, a sporty driving experience and a versatile space concept.

The exterior design of the A7 Sportback is an expression of the new design language that Audi introduced with the prologue study and made its production debut in the new Audi A8.

With large surfaces, sharp edges and taut, athletic lines, the A7 signals dynamics and progressiveness from every perspective.

Up front, the Singleframe grille – wider and lower than that of the Audi A8 – the narrow headlights, the boldly contoured air inlets and the flat front end convey at a glance the sportiness of the Gran Turismo.

As with the previous model, the rear end is tapered like that of a yacht. 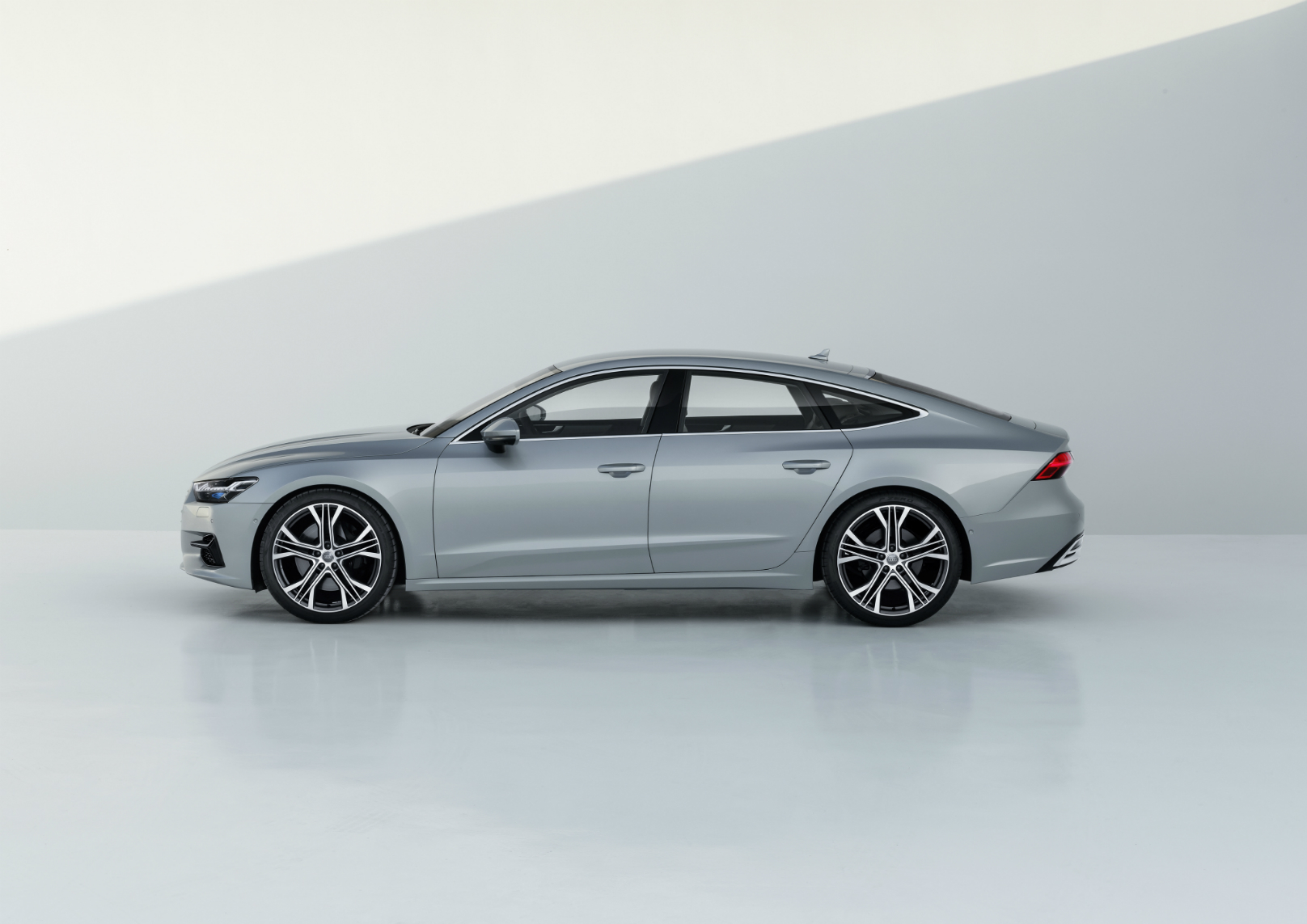 The long luggage compartment lid terminates in a pronounced, curved lip from which an integrated spoiler extends automatically at 120 km/h (74.6 mph).

The new Audi A7 systematically continues the digitalization strategy of the A8.

The driver controls the infotainment system from the upper display. Mounted on the asymmetric console of the center tunnel, the 8.6-inch lower display provides access to the climate control system, comfort functions and text input. Drivers can rest their wrist on the automatic transmission’s wide selector lever knob. 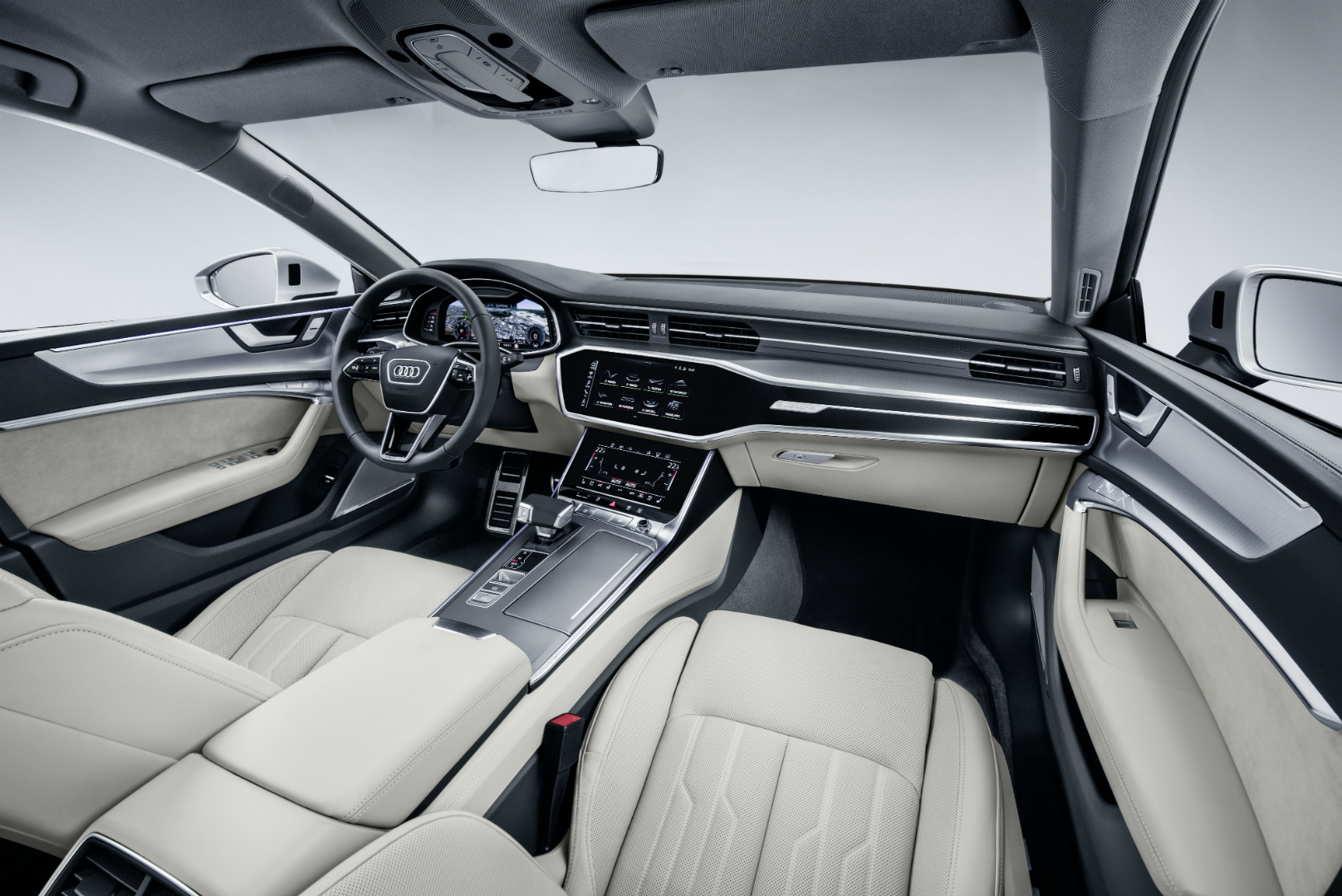 A total of 39 driver assistance systems to make things easier for the driver.

All engines used in the A7 Sportback come standard with a new mild hybrid system (MHEV) for greater comfort and efficiency.

With the two V6 engines, this uses a 48-volt primary electrical system. A belt alternator starter (BAS) works together with a lithium-ion battery and achieves a recuperation performance of up to 12 kW when braking. 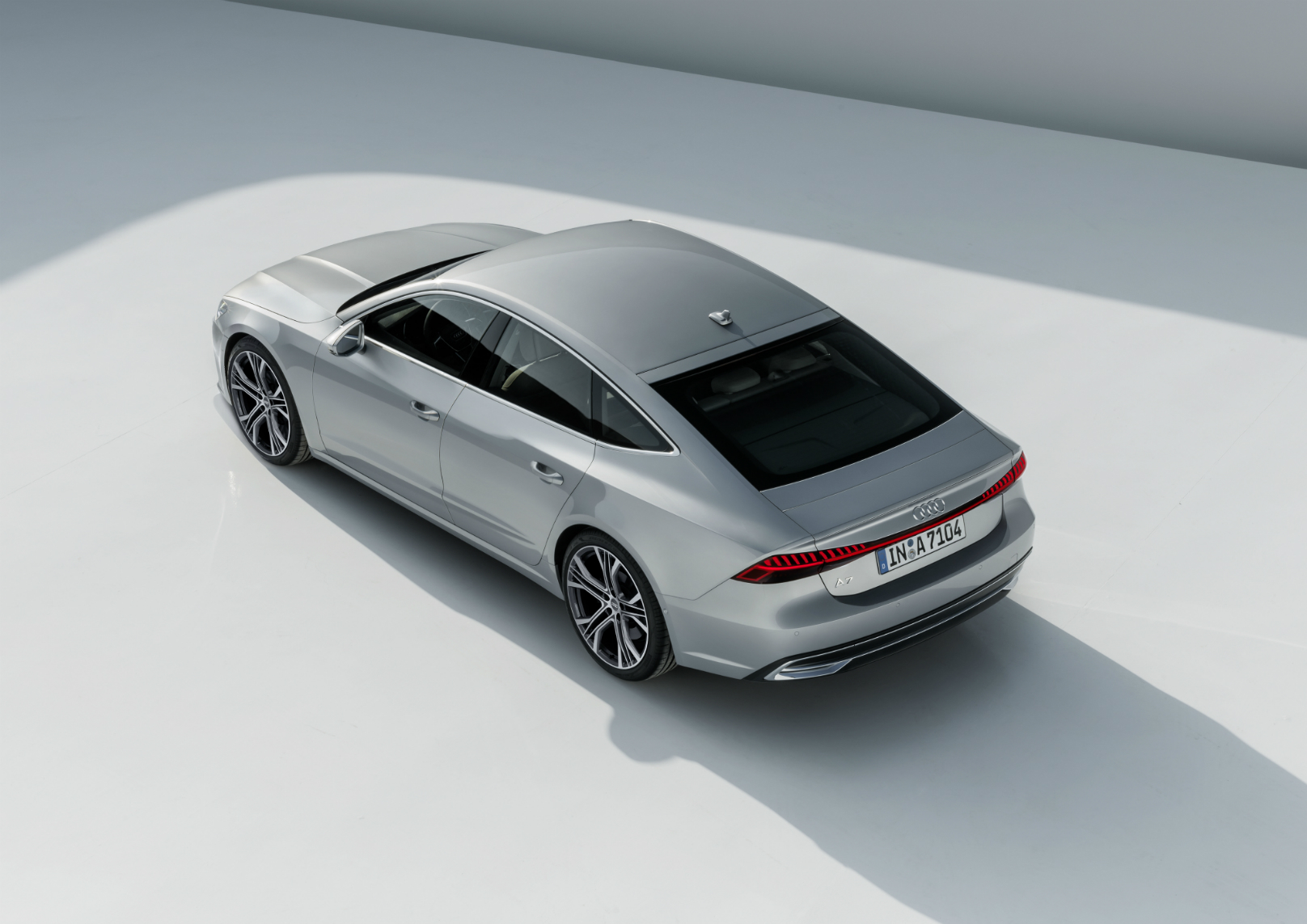