Audi’s electrification project marches on with the A6 Avant e-tron concept.

Join the Conversation (1)
Following the reveal of its sedan sibling last April, Audi has pulled the sheet of its latest EV, the A6 Avant e-tron concept, a sleek wagon that could see production in the near term.

Like the A6 e-tron concept, the A6 Avant e-tron concept is built on Audi’s all-new Premium Platform Electric (PPE) architecture, a modular system being co-developed with Porsche that will underpin a host of future electric vehicles in a variety of segments. Audi has indicated the first PPE production cars will be in the C segment, which includes mid-size models, which is where the current A6 family resides.

PPE cars will have variable battery sizes and wheelbases, but Audi has indicated they will also have common features. Among them are relatively long wheelbases and short overhangs with a larger interior and more legroom in both rows of seating. Additionally, as electric vehicles the interior space of PPE cars will benefit from the absence of a transmission tunnel. They will also have a flat battery layout which will allow for both a lower (A6 Avant e-tron concept) and higher ride height. 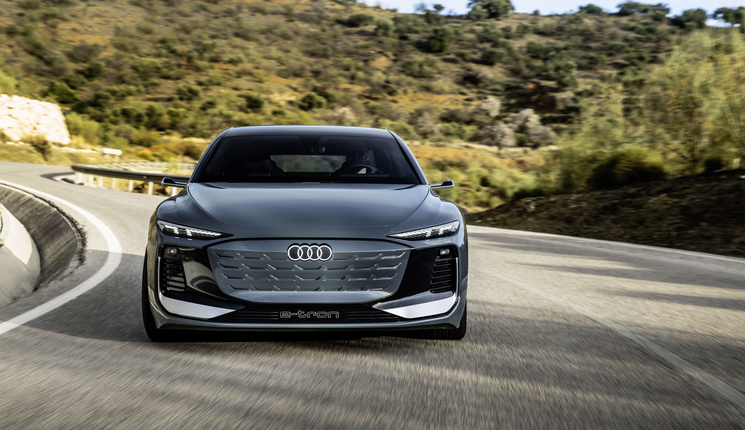 As for the A6 Avant e-tron, two caveats to note before I get into specifics. Its reveal was conducted online, so assembled media were not able to evaluate it in person. Secondly, the car’s cabin was not shown, so I cannot comment on its interior design, features or space utilization.

I can comment on its exterior, however, and, as the photos reveal, it is quite striking. At 4.96 metres (16.3 feet) long, 1.96 metres (6.4 feet) wide, and 1.44 metres (4.7 feet) tall, the A6 Avant e-tron concept possesses a sleek, yet wide and commanding stance. Its sloping rear roofline, bulging quarter panels and sharp character lines, along with massive 22-inch wheels and short front and rear overhangs, provide a clearly defined sporting character.

Additionally, its finer details are in keeping with other members of Audi’s e-tron family. Among these are a closed Singleframe grille and an OLED (organic light emitting diode) taillight array that form a continuous strip that runs the length of the car’s hatch and rear quarters. This display also offers a wide variety of lighting signatures and displays. Up front are slim Digital Matrix LED headlights that, like the OLED taillights, come with customizable light signatures. 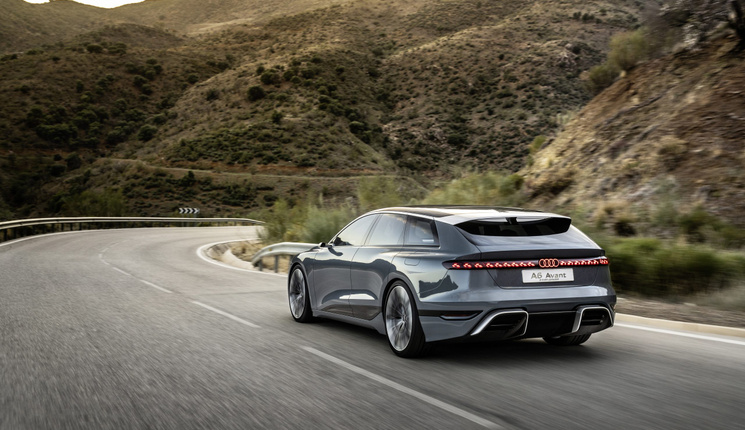 Like its e-tron GT sibling, and the Porsche Taycan, the A6 Avant e-tron is equipped with an 800-volt charging system, which allows it to be charged with up to 270 kW of charging power. To put its fast-charging capability in context, Audi claims the car’s 100 kWh battery can achieve a range status of 300 kilometres (186 miles) in about 10 minutes, and it will take roughly 25 minutes to go from five to 80 per cent charged. 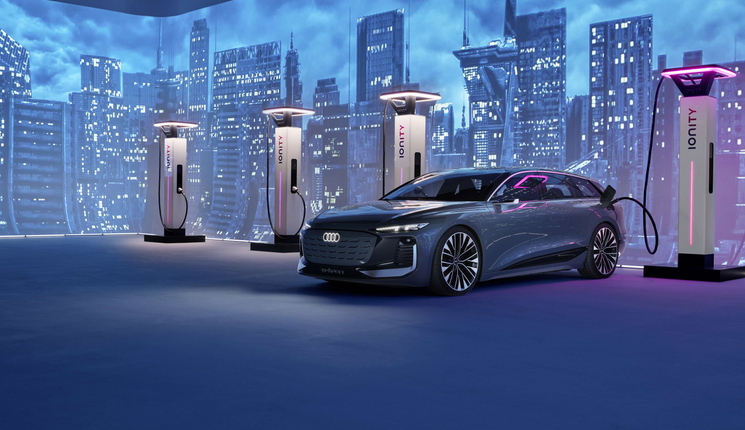 As for maximum range, the A6 Avant e-tron concept checks in at 700 km (435 miles), with the caveat that the figure is based on the World Harmonized Light Vehicles Test Procedure (WLTP) standard used in Europe and other global markets. North American range figures based on EPA and NRCan testing are not available.

Other chassis details include electric motors on both axles that, “use electronic coordination to deliver all-wheel drive on demand and achieve a perfect balance between driving dynamics and energy efficiency,” according to an Audi press statement. Also present is a five-link front axle up front, a multi-link axle in the rear, along with an air suspension and adaptive dampers.

On the performance front, the A6 Avant e-tron concept is rated at 350 kW (469 hp) with 800 Nm (590 lb-ft) of torque, which delivers a 0-100 km / h time of less than four seconds for high-performance models. That figure drops to less than seven seconds for lower-level efficiency trims, according to Audi. 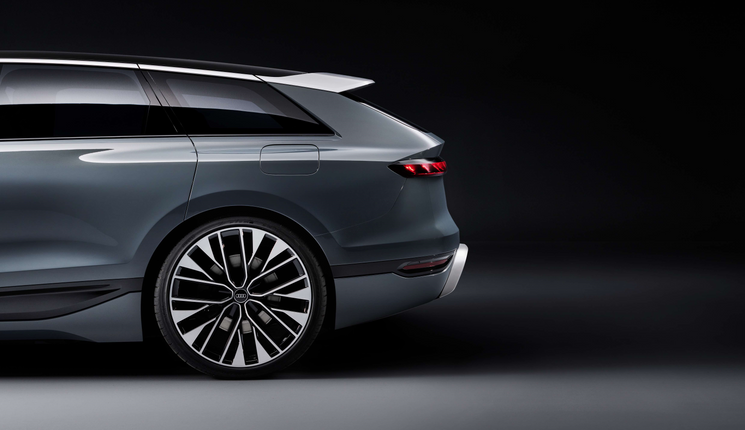 As for its production prospects, Audi AG spokespeople indicated during the reveal that the A6 Avant e-tron concept will likely see production, but it wasn’t confirmed, nor was the time horizon regarding an official announcement.

I asked an Audi Canada rep if such a production car would be sold here, and he said the A6 Avant has been a “staple” of the company’s product lineup in Canada for 30 years, so if the car is greenlit for production, it would be offered here.

Parenthetically, I’ll add that Audi currently sells two gas-powered A6s in Avant form, Allroad and RS 6, and that as of this writing the A6 Avant e-tron concept is on the landing page of the company’s consumer website.

I’ll leave you to draw your own conclusions about all that, but I think its fair to say that the A6 Avant e-tron concept has intriguing production potential.