Top Safety Pick+ is the highest 2016 rating available from IIHS.

The Audi brand’s focus on elevating standards for automotive engineering addresses evolving criteria for consumer crash tests as designated by the IIHS.

The Audi 2017 Q7, with a fully reinforced structure, builds on the model’s good ratings in the Institute’s other crashworthiness tests.

The system can detect moving and stationary vehicles as well as pedestrians, at speeds of up to 52 mph and initiates braking when a potential collision is detected. 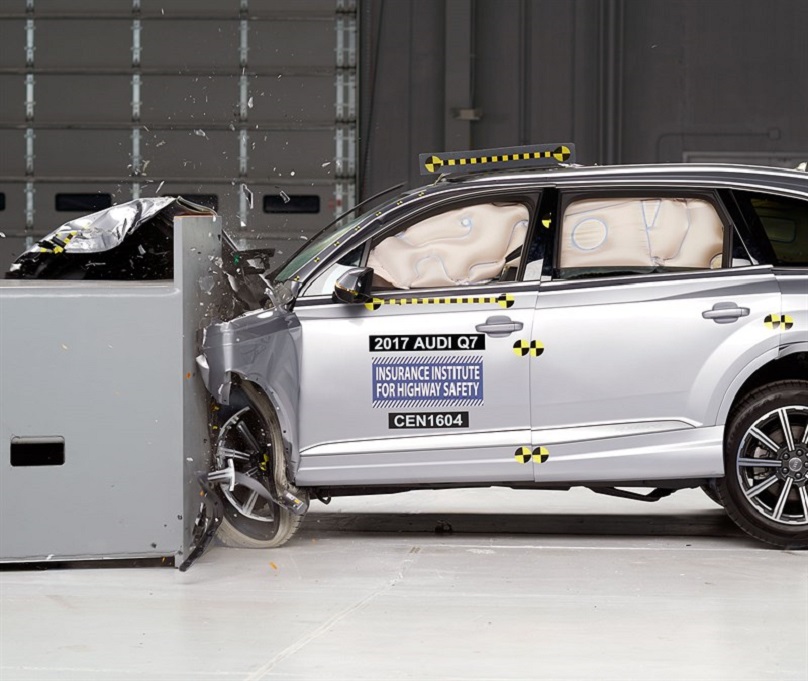