Last week, the Los Angeles Times reported that Jerry Seinfeld will be selling three of his rare Porsches through Gooding & Company, one of the most renowned automotive auction houses in the US.

Last week, the Los Angeles Times reported that Jerry Seinfeld will be selling three of his rare vintage Porsches through Gooding & Company, one of the most renowned automotive auction houses in the US. The president of the company, David Gooding, released a formal statement about the auction, “Jerry’s keen eye for significant Porsches, the care and pride he takes in maintaining his spectacular collection and his enthusiasm and passion for the Porsche marque, makes this one of our most thrilling sales in our company’s history.”

Gooding & Company estimates that the 550 Spyder will sell within the range of $5-6 million. The Spyder was a purpose-built race car that was just as comfortable on the road as it was on the track. It was deliberately over-engineered and well ahead of its time. Many notable celebrities owned this rare car. Actor James Dean died crashing his “Little Bastard,” back in 1955. According to the Los Angeles Times, Seinfeld’s Spyder is an unrestored vehicle with its original chassis, body, and engine with just under 16,600 klicks on it.

The 356A Carrera Speedster is one of only 151 built, and was recently restored. It is anticipated to go for $2-2.5 million. The Speedster had impressive performance for its time; a specific example won 18 out of 22 races at the SCCA championship between 1958 and 1961. 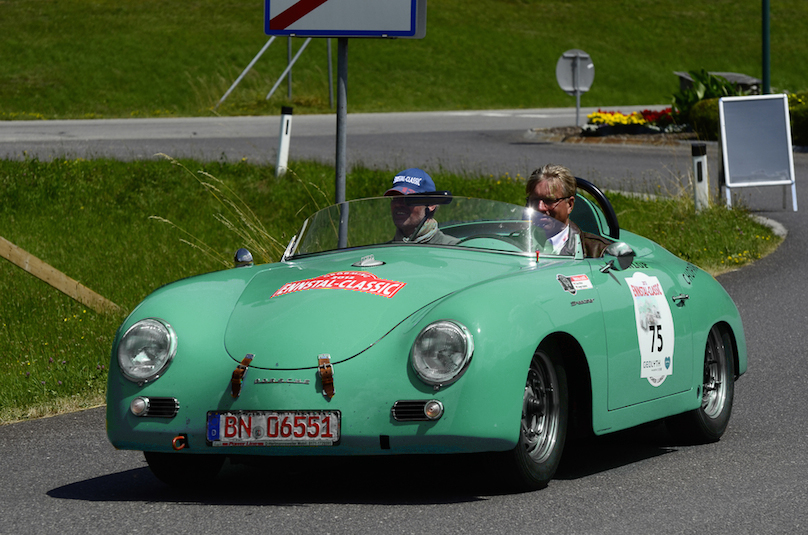 Gooding & Co. projects the 1974 911 Carrera 3.0 IROC RSR, which was originally owned by Roger Penske, will sell for $1.2-1.5 million. In 1974, Porsche made substantial modifications to the RSR which caused the brand to dominate in the GT group at 24 Hours of Le Mans for overall wins around the world. 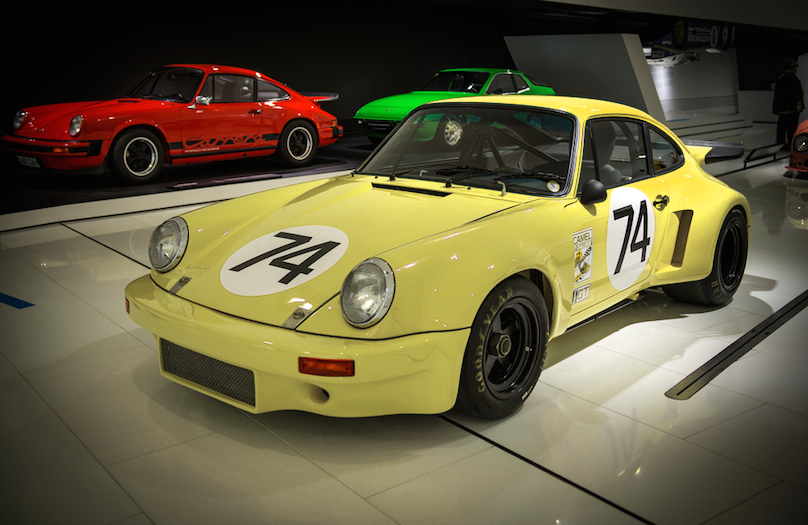 To date, no media outlet has been able to confirm the exact number of cars Jerry Seinfeld owns. He is an avid Porsche fan and his collection is likely one of largest and most comprehensive in the world. In 2014, Complex said that the Comedy King allegedly owns 47 Porsches that he has collected over the years. So, why the sudden urge to sell? Perhaps it could be the recent surge in prices for vintage Porsches in the past year. “I’ve never bought a car as an investment,” Jerry states, “I don’t really even think of myself as a collector. I just love cars. And I still love these cars. But it’s time to send some of them back into the world, for someone else to enjoy, as I have.”

According to Gooding & Company, more of Jerry’s Porsches will be added to The Jerry Seinfeld Collection at the beginning of February and they will eventually be auctioned off as well.