Interestingly, Nissan has also thrown the proverbial kitchen sink at the Titan in terms of driving aids.

Seeking to steal even more customers from the clutches of Ford, GM, and Ram, Nissan unveiled the 2020 Titan today at the State Fair of Texas. Complete with revised styling and more power, it corrects several of the criticisms that many truck fans – including your author – have levelled at the current machine.

Under the hood sits a familiar 5.6L V8 engine but, this time around, it makes a healthy 400 horsepower. It will surely be marketed as the most powerful standard V8 in its class but it must be noted that this is the only mill offered in the Titan when others see fit to install engines with even more grunt. Still, numbers don’t lie; 400 ponies compares favorably with the 355hp in GM’s 5.3L V8 and 395hp in Ford’s 5.0L V8 or Ram’s 5.7L Hemi.

Other carping about past Titans included a woeful infotainment system, which seemingly used an Etch-a-Sketch for its display screen. The 2020 Titan has no such troubles, with an available 9-inch touchscreen showing off better-than-HD resolution plus the likes of Apple CarPlay and WiFi. Base models get an 8-inch screen which Nissan rightly points out is the largest standard display in its class. Premium audio by Fender remains an option. Get it.

A dual panel moonroof is now also available, along with a 7-inch programmable driver information display residing in the gauge cluster. All-new LED lighting has been added to the bed out back and interior storage has been maximized by giving those door pockets a rethink. 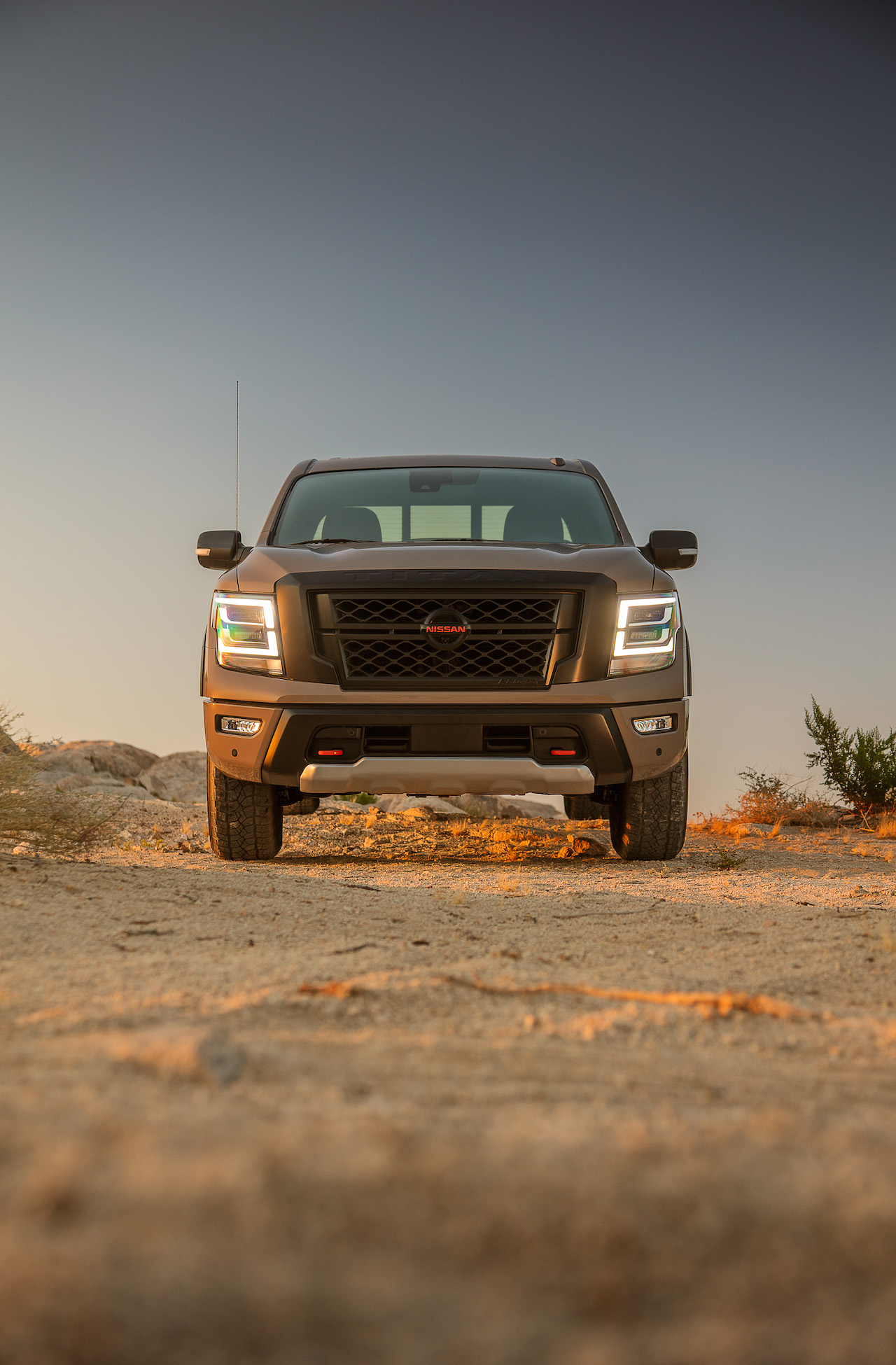 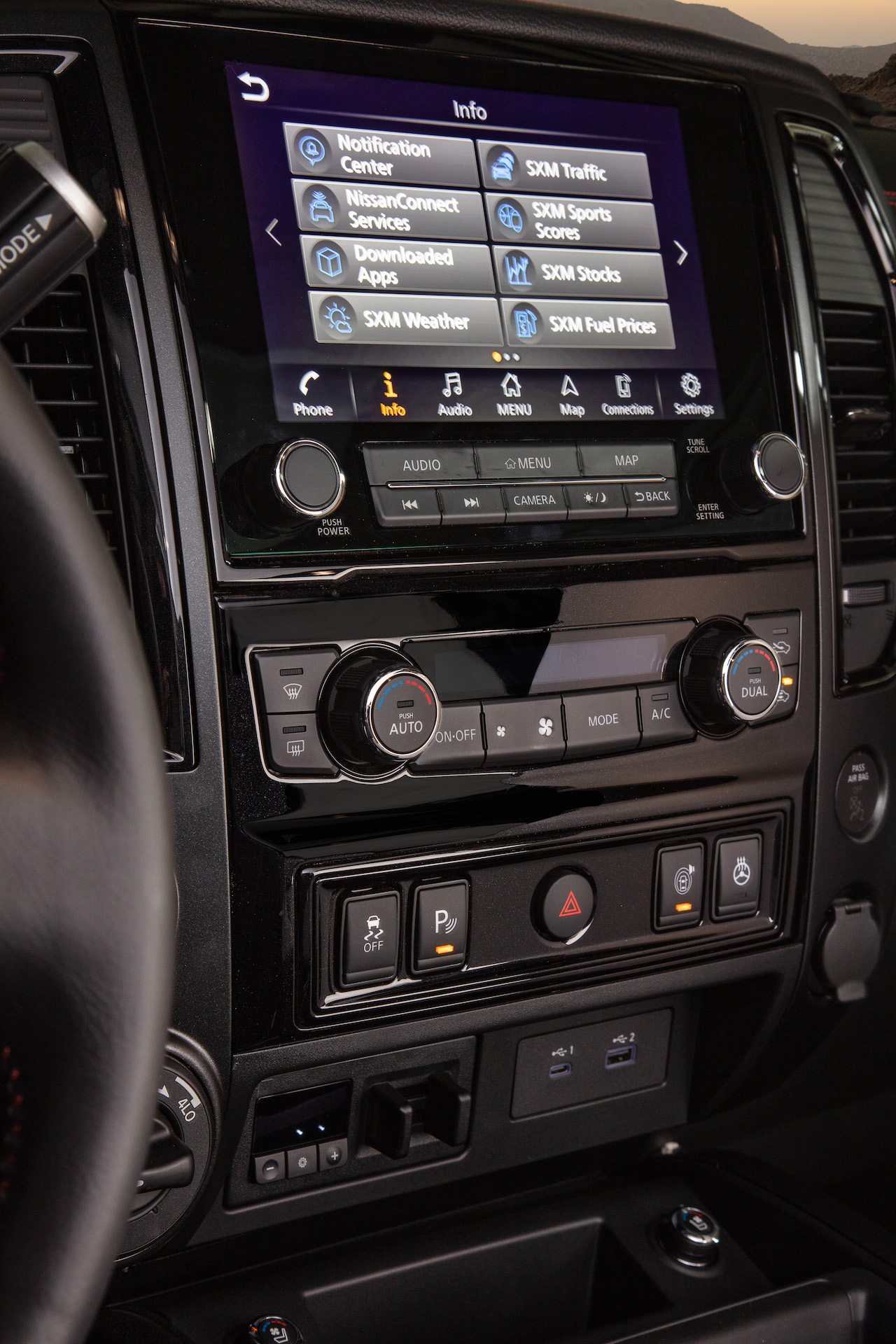 Outside, it’ll be easy to tell a 2020 Titan from last year’s model. New LED mascara has been applied to the head- and tail lights, taking design cues from the Titan Warrior concept truck that they should have put into production a couple of years ago. Three unique grille designs give each trim level different personas, making sure Joey’s new Pro-4X won’t be mistaken for dad’s Platinum Reserve model. Fog lights, the front bumper, badges, and wheel trim have all been given a redesign for the 2020 model year.

Interestingly, Nissan has also thrown the proverbial kitchen sink at the Titan in terms of driving aids. The brand’s Safety Shield 360 is now standard, bringing the likes of intelligent emergency braking and lane departure warnings. Also available are goodies like adaptive cruise control, traffic sign recognition, and an around-view monitor.

Cab configurations have been streamlined to a grand total of one: only the Crew Cab body style will be offered for now in the 2020 model. Look for them on dealer lots early next year. 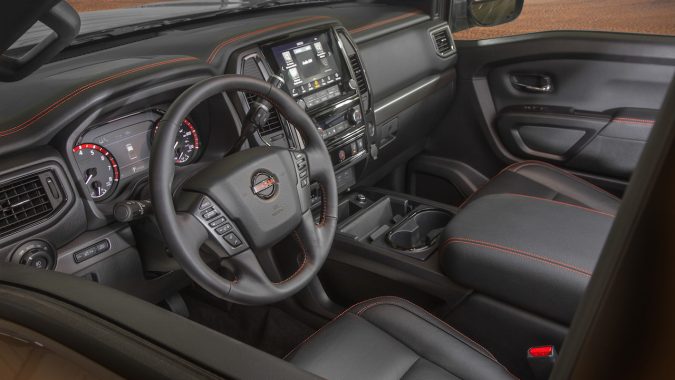 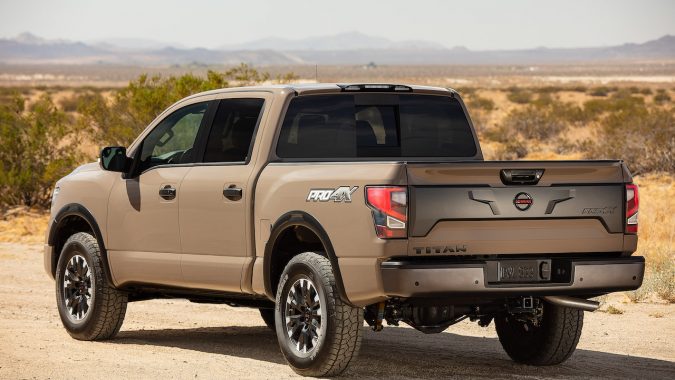