Aston Martin's Showing Us DBX Accessories Before the DBX, But That's Ok Because Cute Dogs

It's a range of 11 accessory packs

Aston Martin isn’t letting us see its first crossover, the DBX just yet, but they are showing off the line of accessories they’re going to offer to help fill the massive cargo space the new model should bring. You can get ski gear, cycling gear, and of course a bed for two adorable doggos that probably costs more than your first car.

It’s a range of 11 accessory packs that Aston says let you “transform DBX into a car that will not only enrich the lives of its owners on the road, but in every other aspect of their everyday lives.” Which seems a bit of a big goal for some OEM accessories, but hey, why not be ambitious.

The first one is the Touring Pack, and that one comes with four pieces of luggage, saddlebags, locking storage under the passenger seat, and a first aid kit. All stuff that’s actually useful on a long trip, though with the number of auto-specific luggage sets these days we’re thinking luxury car buyers will need a garage just for each one. Which probably isn’t a problem for their budgets. 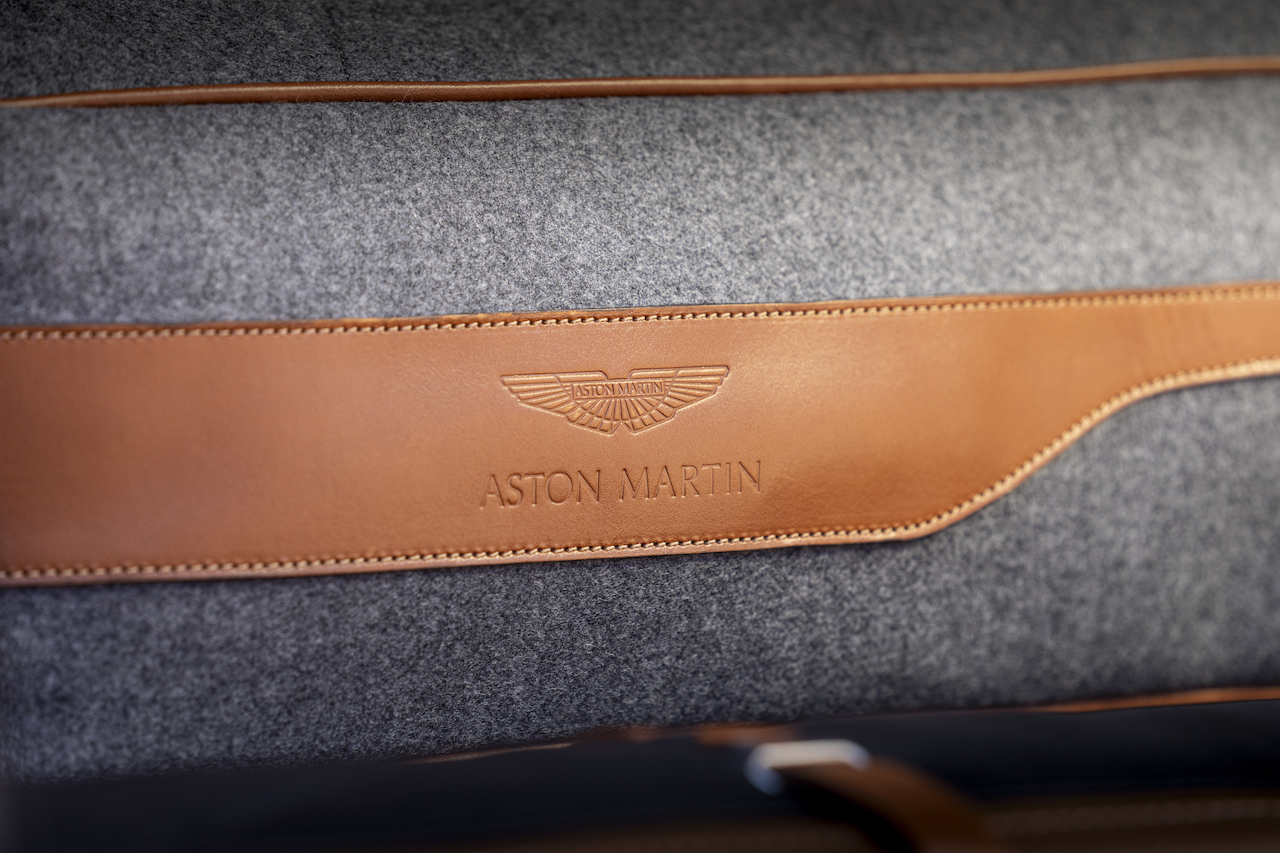 If you need more bag space, they’ll sell you a six-piece set, too, that has two big, two little, and two holdalls, which we understand means a duffel bag. All of them are, of course, finished and stitched to a level that Aston Martin says is representative of the brand. So fancy.

The set you clicked here for is the Pet Pack, because who doesn’t want to hear more about those two furry friends who are absolutely ruining the Aston’s wool carpeting. That’s ok, though, we love them anyway. The pack comes with a partition for the cargo area for “keeping them from roaming inquisitively about the cabin.” There’s a bumper pad to protect the rear paint, a fancy-looking bed to keep them comfortable and a portable dog washing station to keep the mud outside instead of marring that cargo floor, plus some other dog accessories to complete the set. 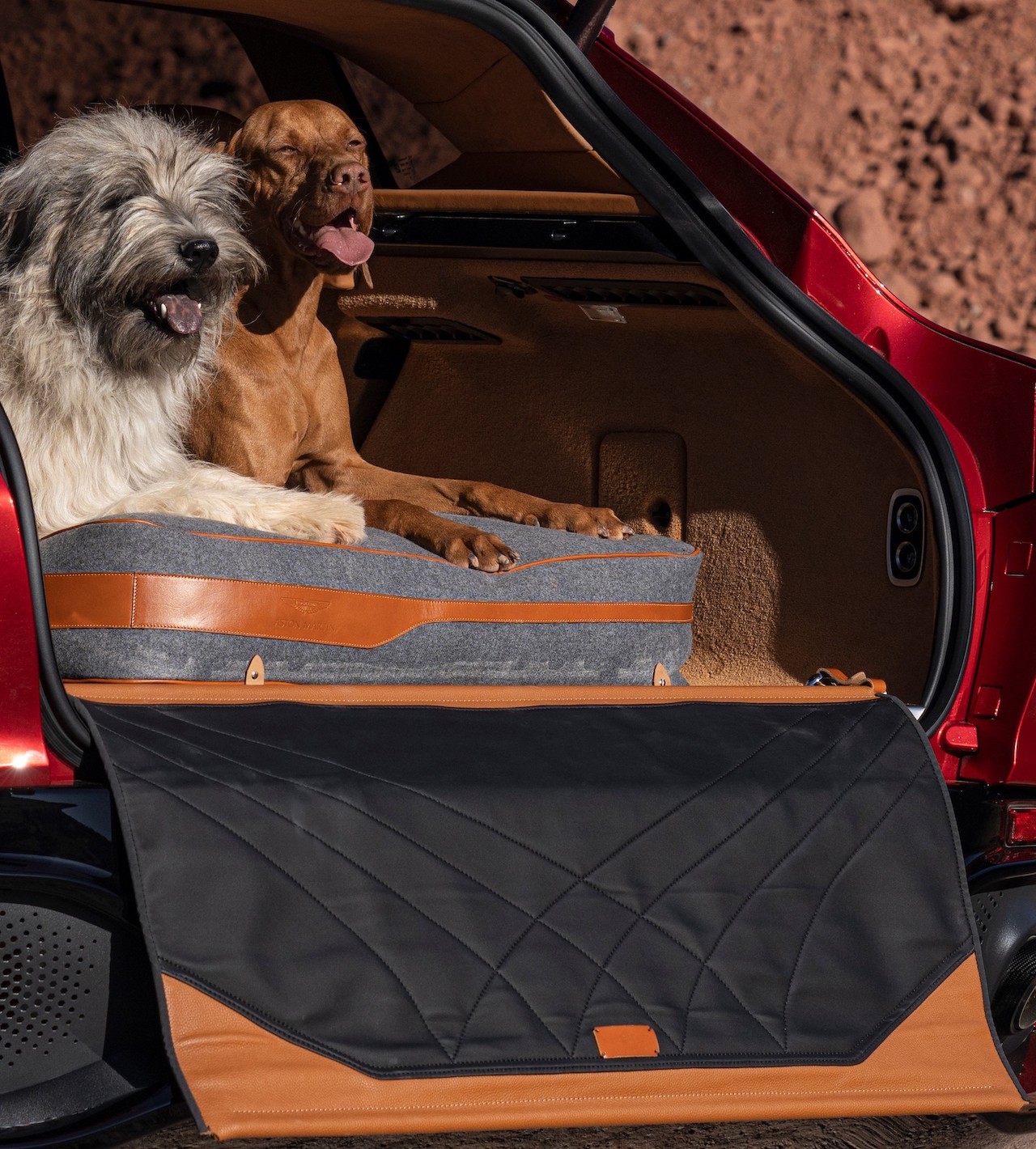 There’s also a pack that comes with a center console organiser and a heated cup, one with all-weather mats and seat covers, and an Event Pack with a picnic basket, blanket, and chairs to let you sit and enjoy your meal with umbrella holders for when British weather gets British.

A Field Sport kit comes with a gun cabinet and a shooting stick, Adventure adds mud flaps, wet bag storage, and crossbars for the roof rack, and the Snow back comes with a ski rack, ski bag, boot warmers, and snow chains, and there are other individually offered bits like car covers, child seats, and bike racks. And special tire valve caps with Aston Martin wing logos.

No word on cost, but don’t expect any of it to be cheap. That’s ok because when we finally see the DBX sometime in November we’re not expecting the luxury crossover to be exactly penny-pinching either. 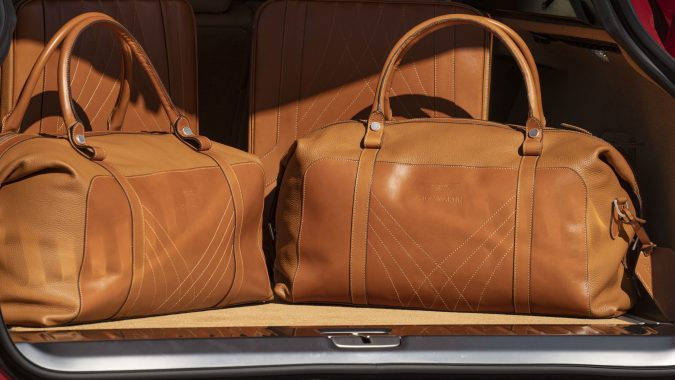 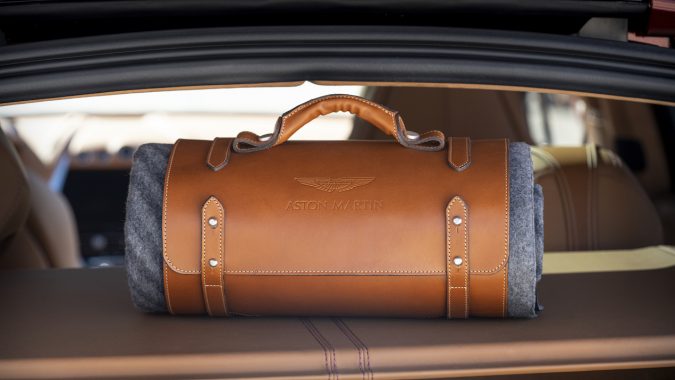 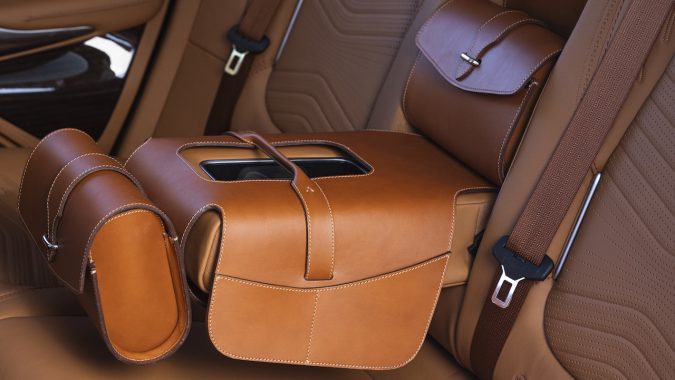 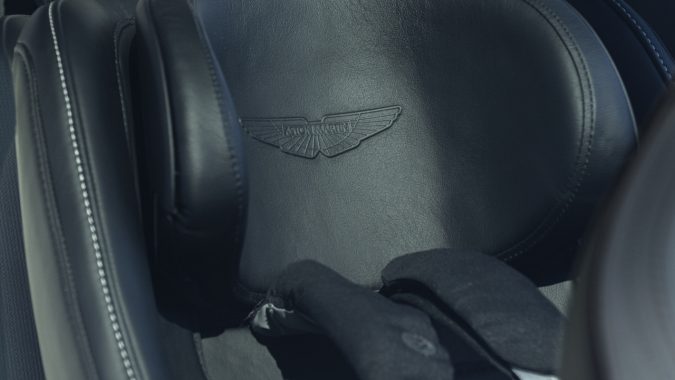