The seven-speed stick gets AMShift.

The latest offering from British supercar builder Aston Martin comes with eight cylinders, two turbos, and three pedals. It’s the Vantage AMR and it’s aimed at being a lighter, quicker, and most importantly more engaging version of the standard Vantage.

Powering the three-pedal Vantage AMR is the same 4.0L twin turbo V8 as the standard car. That’s hardly a mark against it though, as the standard car already offers 503 hp and 505 lb-ft of torque. It’s an engine borrowed from AMG, and if you’re going to outsource an engine, that’s a very solid choice.

But what really makes it special is the seven-speed manual gearbox that’s taking the place of the eight-speed auto in the regular Vantage. Aston calls it a racing-style box. What they mean by that is how they chose which gear hangs outside of the standard H-pattern.

Aston has gone with a dog-leg first gear. That means that first sits off by itself on the left. Probably hanging out with reverse. Second through seventh follow the standard H-pattern, because, as Aston says, they’re the ones “that will be used most frequently when on the move.”

The seven-speed stick gets AMShift. That’s a driver-selectable system that rev-matches and blips the throttle on downshifts. Like heel and toe for those of us who haven’t quite mastered that particular dance move. It smooths out downshifts on road and track, to the benefit of passenger necks and driveline oily bits. The system also allows full-throttle upshifts, so the driver doesn’t need to lift when they’re blasting through gears. 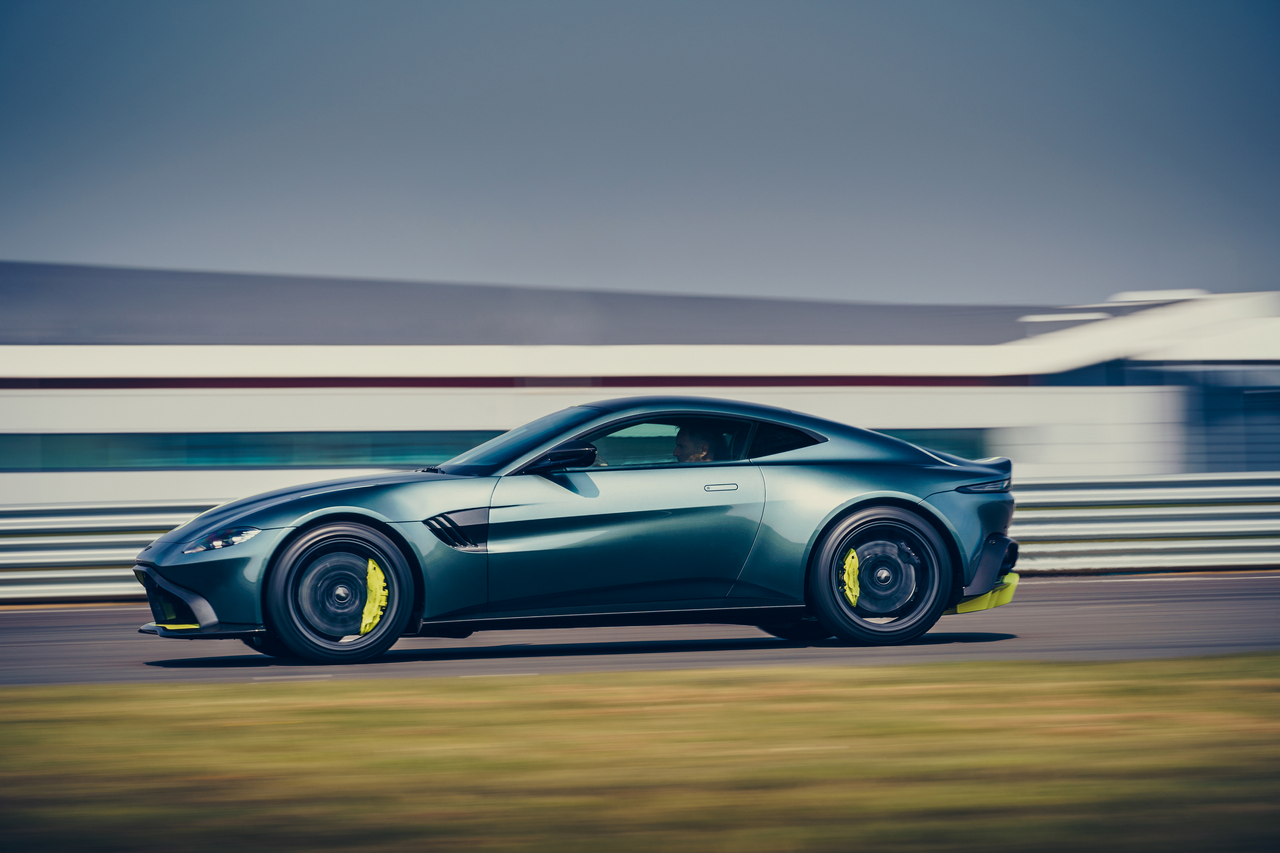 The AMR also gets carbon ceramic brakes handling stopping power. Aston says that the two moves remove an impressive 95 kg from the car. It can hit 100 km/h from a stop in 4.0 seconds and tops out at just shy of 320 km/h.

The Vantage AMR will be limited to just 200 units globally and will come in five designer specifications. 141 of them will be Sabiro Blue, Onyx Black, China Grey, or White Stone. The final 59 will come in the Stirling Green and Lime of the photo car. It’s the Vantage 59 palette and it’s to celebrate 60 years since the brand won at Le Mans with the DBR1. The 59 cars will also get an AMR lime stripe and stitching on the black leather interior.

“In a world of autonomous robo-taxis, Aston Martin will continue to advance the art and science of performance driving,” said CEO Andy Palmer. Deliveries of the car are scheduled to start at the end of the year. 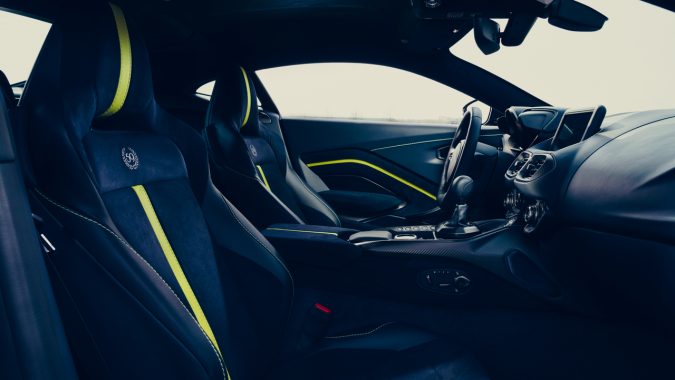 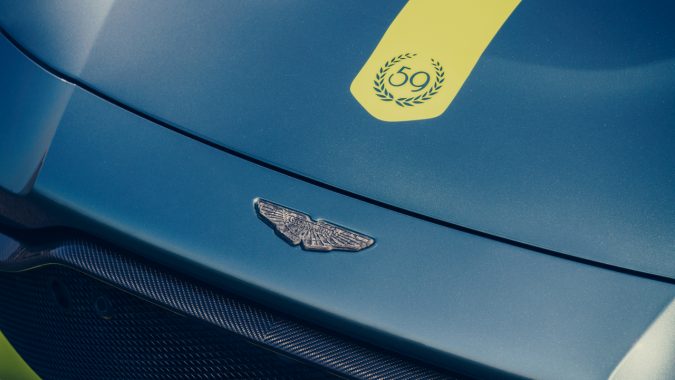 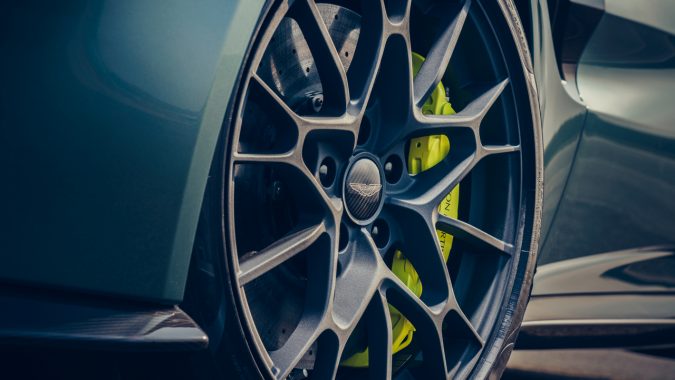 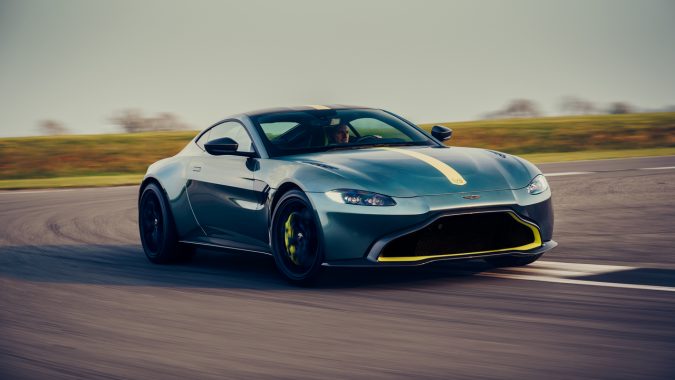 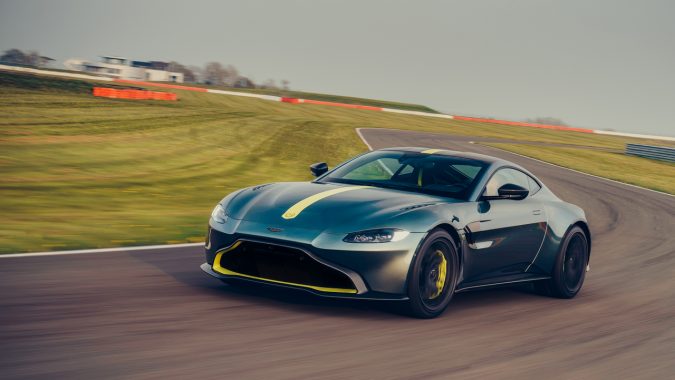 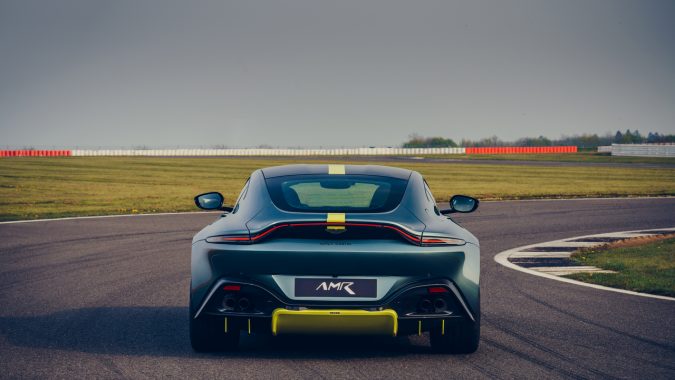 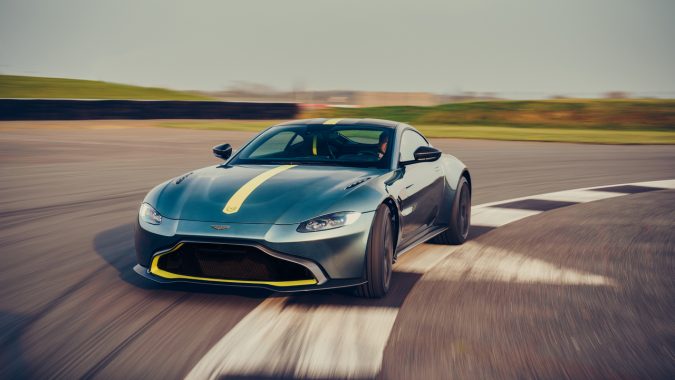 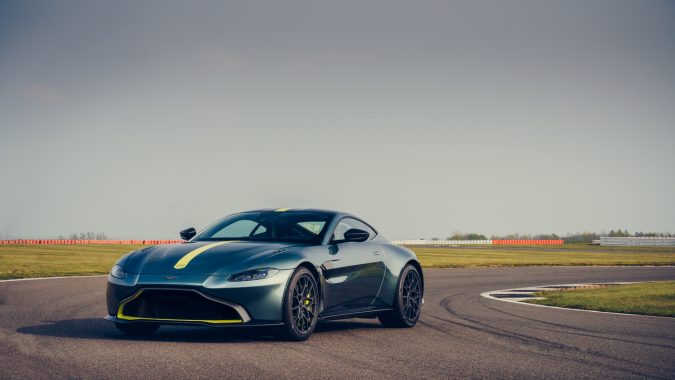