Just about every brand on the planet these days has an SUV or crossover in their portfolio. Even the mighty Ferrari is reported to be planning such a machine, called the Purosangue. In fact, it is more out of character for a brand not to have one in their lineup.

Aston Martin is following suit, forging ahead with what is now officially known as the DBX. Prototype testing is well underway, with the company saying they plan to take on some of the world’s harshest environments with their new all-wheel drive luxury rig. Their first task? Showing the DBX a section of a famed Welsh rally stage.

In the hands of Aston’s chief engineer, Matt Becker, this first prototype drive in Wales signifies the start of ‘real world’ testing, in which the SUV will be subjected to a punishing regime. Development mules will be put through the wringer in locales ranging from the frozen Arctic to the scorching Middle East deserts.

The unique nature of DBX in the Aston Martin range means it requires a dedicated test programme, one that features new processes and procedures that reflect its SUV role. The company is careful to say it will perform with the “verve and poise of a true Aston Martin”, meaning we should also expect to see prototypes being tested on curvy Alpine passes and the high-speed German autobahns. Don’t be surprised to find one at the Nürburgring Nordschleife, either. 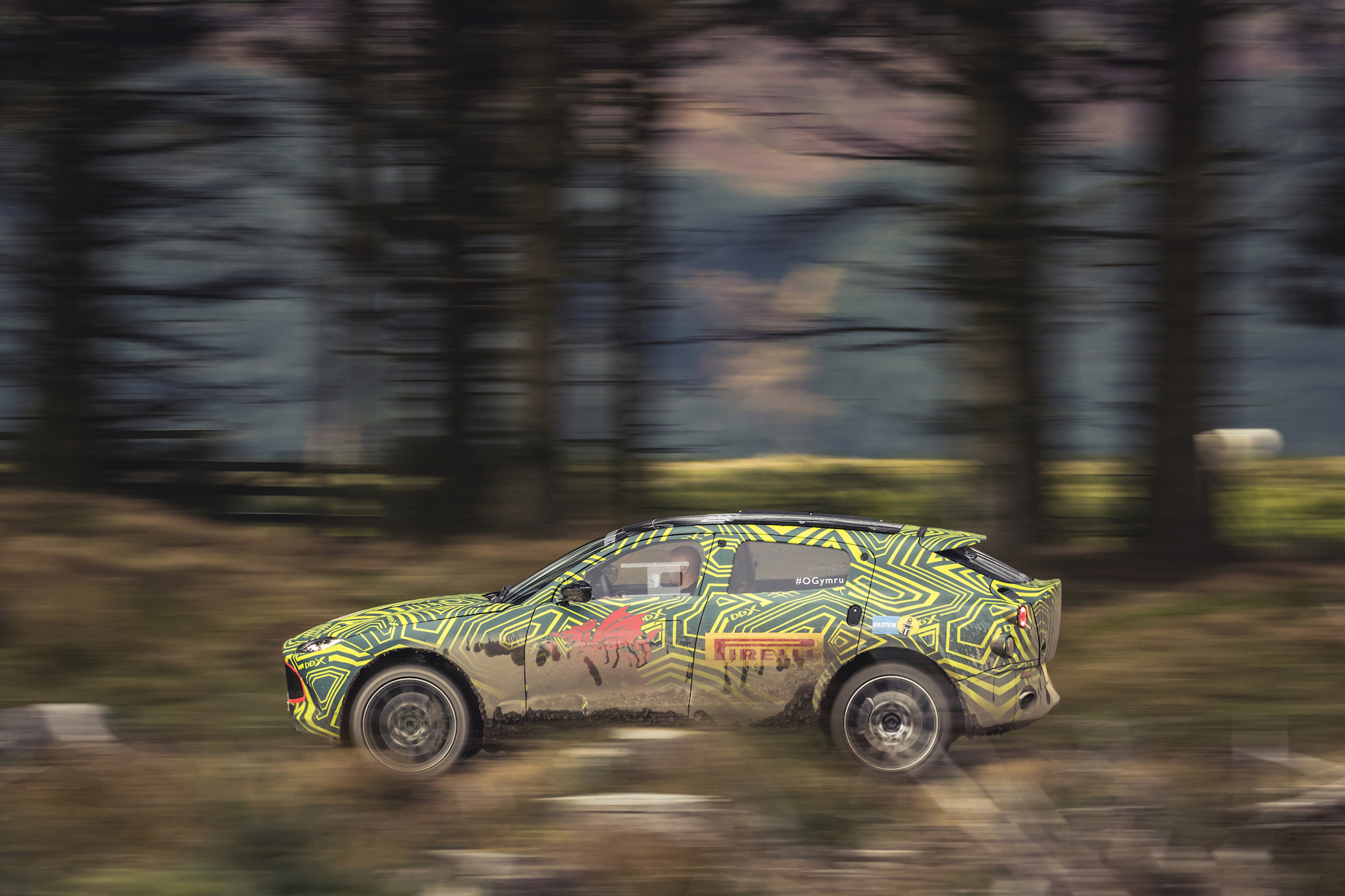 “DBX is a very different kind of Aston Martin,” said Becker. “We will be testing it in all conditions and across all terrains to ensure it delivers a driving experience worthy of the wings badge.” This decree means its dynamic envelope has to extend into areas previously off-limits to the marque’s sporting roots, including off-road and towing capabilities.

DBX is scheduled to be unveiled in the last quarter of 2019 and will be built at Aston’s St Athan facility, a modern manufacturing plant that the company says will ultimately become its ‘Home of Electrification’. That last detail is our biggest clue yet to the fact we’re likely to see a hybrid or perhaps even full-EV version of the DBX. We already know their plans for the upcoming RapidE.

Aston says the DBX program is on schedule for a product launch in Q4 of 2019, at which time it’ll compete for the eyes and dollars of well-heeled folks around the world.