Aston Martin was planning to celebrate 70 years of the Vantage name during the Geneva auto show this week, but though the show has been cancelled, from Aston’s Vantage point there’s still plenty to celebrate. So here’s a look back at some of the coolest cars the British automaker has ever put tire to pavement.

The first of the now more than 36,000 Vantage badged cars was a DB2 in 1950. It meant an uprated engine: larger SU carburettors and a higher compression ratio boosting the standard car’s 105 hp to 125. Fast times indeed. 250 of the cars were sold.

Aston says that the name caught on “gently” which is code for slowly, but it took another decade for the next Vantage to gain advantage. The DB4 Vantage arrived in 1961, as part of the Series IV DB4s. It had a special engine with 266 hp but it also got DB4 GT headlights and bright aluminum trim. A 1962 DB4 Vantage was used as the gadget car in Goldfinger.

In 1965 the DB5 Vantage arrived and at 325 hp it made 40 hp more than the standard car. But Aston says only 68 of 887 coupes and 8 of 123 convertibles were fitted with the Vantage engine from new. The DB6 version used the same 325 hp engine, but again, Aston says the number so-equipped measures in the dozens, making original Vantages rare indeed.

For 1967 the DBS arrived with new styling but the same old engine, a 3.0L inline-six since the V8 wasn’t ready. New camshafts for the Vantage cars restored their increased performance. In 1972 the DBS got that V8 but the Vantage continued with the old engine for the first time as a distinct name instead of an uprated example of an existing model. It was also the least powerful model in the company’s line making the Aston Martin Vantage of 1972-1973 a strange reversal of the name’s history.

The name came back in 1977 and Aston fixed the performance hiccup that was the 1972 model. The new V8 Vantage could out-accelerate a Ferrari Daytona and Aston says it was called Britain’s first supercar. It used the Lagonda sedan’s engine with new cams, higher compression, bigger carbs, and larger valves. It made somewhere in the neighbourhood of 380 hp. Externally, the V8 Vantage got massive Cibié driving lights, a blanked-off grille, front air dam, and rear lip spoiler. 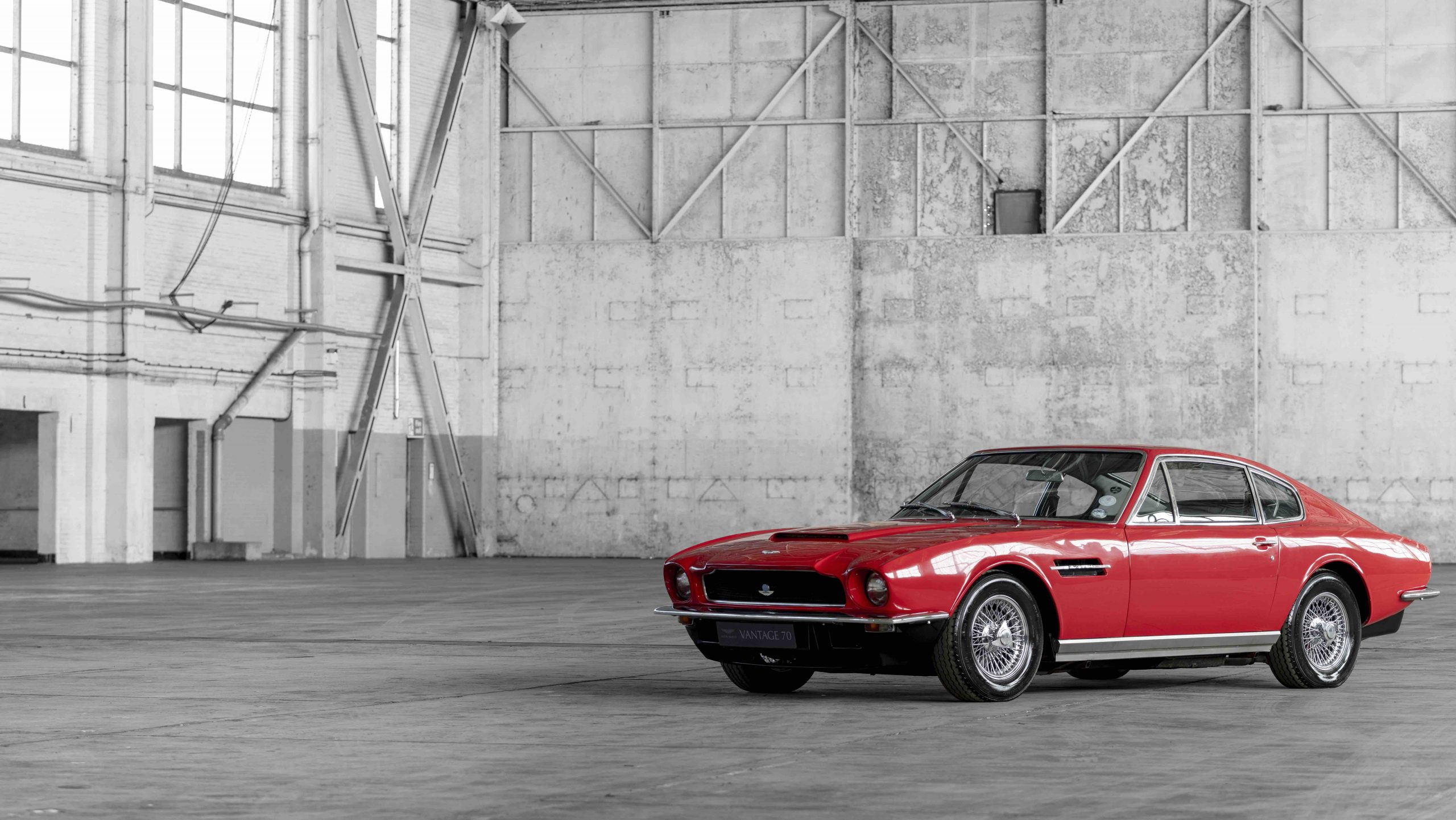 In 1999, the DB7’s inline-six made way for a 5.9L V12 that made 420 hp. This one was badged Vantage and it saw some serious suspension upgrades to meet the needs of the extra power. At 2,091 built this was a then-record for any Aston model, the company said. Production ended in 2003.

Two years later, the V8 Vantage was back. This time again a stand-alone model instead of an uprated engine. The 380 hp car quickly smashed the old model’s production records. For 2009 a V12 Vantage arrived, boosting power from the V8’s by then 420 hp to 510 hp.

The current Vantage, powered by a 4.0L twin-turbo V8, started deliveries in 2018. Built on the aluminum platform of the DB11, the Vantage was the first Aston to get an electronic differential with torque vectoring.

Last year an AMR version brought back the manual gearbox and made for a more thrilling driving experience than ever. Is there a new version planned to celebrate 70 years? Aston had a press conference scheduled for tomorrow in Geneva, but since the show is not cancelled we’ll have to wait and see what the automaker has planned. Because even if the show doesn’t go on, the show must go on.