This ratio is found in nature and in classic architecture such as the Parthenon in Athens.

Like a lot of kids, Frank Stephenson started sketching when he was about five, growing up in his birthplace, Casablanca, Morocco.

“I remember my mother shoving me out of the house to get some fresh air, but all I wanted to do was draw,” he reminisced during an hour-long phone chat we shared, socially distanced by the several thousand kilometres between his office in London, England, and mine in Milton.

When he was 11 and living in Istanbul, he was walking through town with his dad. They came across a Ferrari Dino. “I stood there for 15 minutes, staring at that car. Dad finally had to lead me away, tears in my eyes.”

That’s when he decided he wanted to sketch only cars.

He’s been doing it ever since, in the process becoming one of the giants of the car design world.

Following high school and six years travelling around the world racing motorcycles (he still takes his bike out, but only on nice days), he decided to give car design a shot.

He applied and was accepted into the ArtCenter College of Design in Pasadena, Calif.

“Just getting in there is tough,” he says. “If you graduate, you’re pretty much set for life. The school prepares you very well for the rigours of product design.”

Thirty students started the four-year program with him. Only six graduated.

His fellow alumni included Grant Larson, who designed the first Porsche Boxster, and Ken Okuyama, who did the Ferrari Enzo.

“When I was halfway through the program, Ford offered to pay for my schooling, which I was happy to accept. When I graduated, I started with them in their European design studio in Cologne, Germany.”

One of his first projects was the Ford Escort RS Cosworth. The development of the three-level rear spoiler on the car, subsequently reduced to two, is the subject of one of his YouTube videos. Don’t miss it.

He subsequently worked for a number of companies, including BMW (where he did the X5 SUV, for which I guess I have to forgive him), Ferrari (FXX), Maserati (MC12) and McLaren (P1).

Unlike a lot of car-star designers, Frank also worked on “people’s cars.” The new MINI and the Fiat 500, the reimagining of two of the most iconic cars of the 20th century, both came about under his direction.

I first met Frank at the Paris Auto Show in 2000, where the featured unveiling was that new MINI.

He still bristles about how some commentators at the time viewed this car.

“I was really peed off …” — about as close to swearing as he gets — “when people said it was a ‘retro’ design.

“Of the 15 designs that were proposed for the car,” he recalls, “some looked nothing at all like the original.

“I didn’t want to copy the old one, but didn’t want to throw away all aspects of it either. You need some sort of a family feeling, a link to the heritage, like the way we relate to our parents and grandparents.”

He talks about the “Golden Ratio,” the number 1.618, also known as “Phi.” This ratio is found in nature and in classic architecture such as the Parthenon in Athens.

He points out that great music also follows that ratio. Beethoven figured it out, and he was so deaf he thought he was a painter.

Not surprisingly then, this number is also found in the length-to-height ratio of the Minis, both old and new.

At last year’s “MINI Invasion,” a celebration of the original’s 60th anniversary, I had the rare opportunity to see both cars side by side. Not until then did I really notice how tiny the original was.

But I also could see certain features — wheels at the corners, short overhangs, “floating” roof and, most of all, those “golden ratio” proportions, which show the family resemblance Frank was seeking.

I can’t draw a straight line with a ruler, so I am always amazed how designers can toss a few lines on a piece of paper and BAM — there’s a car.

He has an idea for a book called “The Three Lines,” where he would take some of the iconic car designs of history and show how you can express them with just three strokes of a pencil.

“If you can draw a car in three lines, you pretty much have a good design,” he says. “The cars that don’t last have lines going all over the place. There’s too much going on.

“Some modern designs seem intended to shock, and they will age badly,” he believes.

One common concern about car design these days is that cars are all designed in a wind tunnel in search of better aerodynamics, hence, better fuel consumption. Won’t they all start looking even more alike than they already do?

Frank points out that what looks “aero” isn’t necessarily “aero.”

“We actually have more freedom now w/r/t aerodynamics than we did before,” he says. “Advances in computational fluid dynamics give us the opportunity to prove that a car that looks aerodynamic might not necessarily be so.

“New approaches to air flow give stylists more freedom than we thought we had.”

He also looks towards the animal kingdom for inspiration.

“Form doesn’t follow function,” he says, turning a design cliche on its head.

“Form IS function. I strive for natural shapes that don’t shock you, but are timeless.”

He likes the term “bio-mimicry.” Millions of years of evolution must have taught us something.

“The cheetah’s design has evolved to let it run fast. That’s how it survives. That’s the true test.”

He makes what sounds like quite a leap when he starts talking about warplanes.

“They are designed for one thing. They do it well.”

To him, that’s successful design.

Aviation is clearly another of this polymath’s interests. He has been working with a company which is developing a battery-powered aircraft that features VTOL — Vertical Takeoff and Landing. 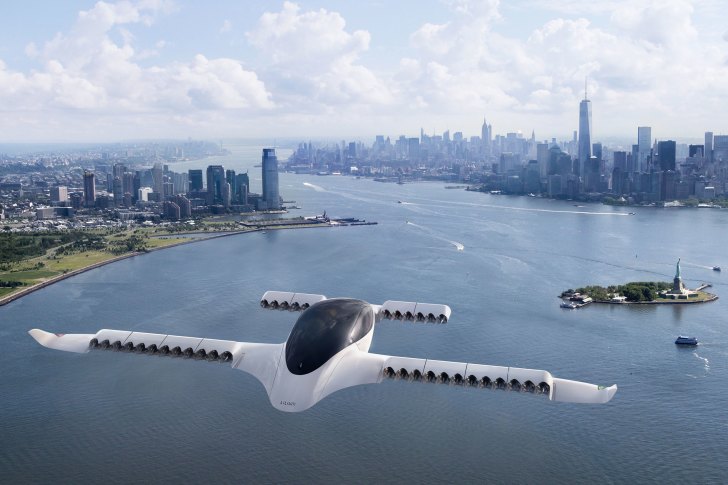 Not much grass grows under Frank Stephenson’s feet.

He thinks a lot about how to stimulate creativity in children. Proportion seems to be innate in creative people, and everybody seems to have it when they are young. Does formal schooling turn that tap off?

“Kids are curious!” he marvels. “Somehow, we switch it off.”

Frank Stephenson’s influence on car design is perhaps best reflected in a current web-based voting scheme, organized by whom, I have no idea. It purports to name the top car designer of all time.

From a list of 64 nominees which includes such as Harley Earl of General Motors who pretty much invented car design as a profession, Nuccio Bertone of the styling house that bears his name, and Peter Schreyer who brought European design ethic to Korea, Stephenson has reached “The Final Four.”

And, he is the only non-Italian in that quartet, the others being Giorgetto Giugiaro, Battista (Pinin) Farina and Leonardo Fioravanti.

I have no idea when or how the ultimate winner will be chosen.

If it were Frank Stephenson, I for one would not argue.